Working with volunteer subjects aged 26 to 38, an international research team from Israel, New Zealand, the United States and the United Kingdom found a way to measure the aging process in young adults and to identify factors that can determine whether they are aging faster or slower than their peers.
This groundbreaking research was done with a much younger population than is usually tested in aging studies, in the hope that earlier intervention could give medical science the ability to slow aging and give people more healthy active years.
As they describe in a paper published July 7 in the journal Proceedings of the National Academy of Sciences,  the researchers were able to quantify the 954 subjects’ biological age and how quickly they are aging. They revealed that even among young adults, a person’s biological age may be quite different from his or her actual chronological age.
For example, among 38-year-olds studied, the participants’ biological age was found to range from less than 30 years old to nearly 60 years old.
“This research shows that age-related decline is already happening in young adults who are decades away from developing age-related diseases, and that we can measure it,” said study co-author Salomon Israel, a researcher and senior lecturer in the Hebrew University of Jerusalem’s department of psychology.

He completed a postdoctoral fellowship in psychology of neuroscience at Duke University in North Carolina earlier this year. 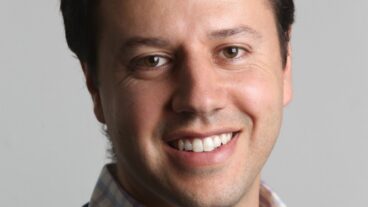 “Accelerated aging in young adults predicts the symptoms of advanced aging that we see in older adults: deficits in cognitive and physical functioning, feelings of ill-health, and even an older appearance,” said Israel. “The ability to measure how quickly a young person is aging may in the future enable us to engage in interventions that slow aging or target specific diseases.”
The study’s introduction notes that by 2050, the world population aged 80 and above will more than triple to about 400 million.

“As the population ages, the global burden of disease and disability is rising. From the fifth decade of life, advancing age is associated with an exponential increase in burden from many different chronic conditions. The most effective means to reduce disease burden and control costs is to delay this progression by extending healthspan, and the years of life lived free of disease and disability. A key to extending healthspan is addressing the problem of aging itself.”
How the study was done
The data for this research came from a long-term health study in New Zealand that sought clues to the aging process by tracking the health parameters of more than a thousand people.
As part of their regular reassessment of the study population in 2011, the team measured the functions of kidneys, liver, lungs, metabolic and immune systems, as well as dental health and the condition of the tiny blood vessels at the back of the eyes.

They also measured HDL cholesterol, cardiorespiratory fitness, lung function and the length of the telomeres — protective caps at the end of chromosomes that have been found to shorten with age.

“The ability to measure how quickly a young person is aging may in the future enable us to engage in interventions that slow aging or target specific diseases.”

Based on a subset of these biomarkers, the multinational research team determined a biological age for each participant.

They looked at 18 biomarkers measured when the participants were age 26, and again when they were 32 and 38. From this, they drew a slope for each variable, and then the 18 slopes were added for each study subject to determine that individual’s pace of aging.
Most participants clustered around an aging rate of one year per year, and many were aging at zero years per year — in effect staying younger than their age. However, some were found to be aging as fast as three years per chronological year. These individuals also reported having more difficulties than did their peers with physical activities such as walking up stairs.
Duke University undergrads were shown photos of the study participants taken at age 38 and rate how young or old they appeared. Again, the participants who were biologically older on the inside also appeared older to the college students.
“Most studies of aging look at seniors, but if we want to be able to prevent age-related disease, we’re going to have to start studying aging in young people,” said Dan Belsky, an assistant professor of geriatrics in Duke University’s Center for Aging and the study’s first author.
The research was funded by the New Zealand Health Research Council, the US National Institute on Aging, UK Medical Research Council, Jacobs Foundation and the Yad Hanadiv Rothschild Foundation in Israel.