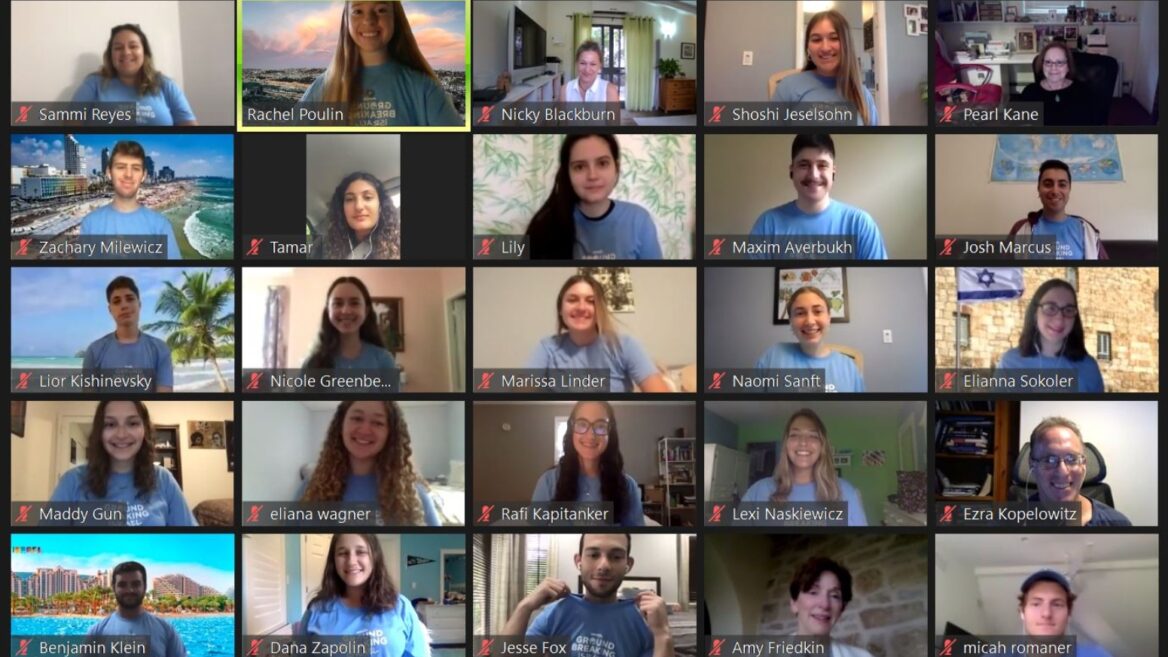 ISRAEL21c Digital Ambassadors participating in the launch of the Groundbreaking Israel campaign.

Covid-19 is making this academic year a different kind of experience for university students. For ISRAEL21c’s 32 Digital Ambassadors from 23 campuses– including UC-Berkeley, Tulane, Barnard and Indiana University – the changes encompass a positive new direction.

This year, the Digital Ambassadors will design and launch a “Groundbreaking Israel” social-media campaign focusing on the diverse people of Israel and their vision, accomplishments and tenacity.

Geared to 18- to 24-year-olds, Groundbreaking Israel will leverage ISRAEL21c’s original content as well as the development of their own content to demonstrate – one amazing Israeli at a time — that Israel isn’t just one of the world’s most innovative tech hubs.

“Israel’s spirit of entrepreneurship, combined with creative imagination and drive, has resulted in achievements across many sectors and initiatives,” says Digital Ambassador Program Director Rachel Poulin.

Those sectors include Israeli culture, medical and health breakthroughs, humanitarian missions across the world, diversity, startups and entrepreneurship.

The five-year-old Digital Ambassadors program, with 257 college students participating in total, is a key factor in ISRAEL21c’s steady growth within the 18-24 demographic.

However, Poulin explains, “The main challenge with online interaction is it’s oftentimes hard to see the actual impact you’re making. We want to focus not on ‘likes’ but on potential changes in attitude and behavior that we will inspire with this campaign. This will be a key component.”

Zeroing in on individuals rather than Israel as a country can be more meaningful and engaging, she says.

“Through their accomplishments, we can show Israel in a light that is much more relatable to this audience,” Poulin says.

Ambassadors are divided into five teams as they craft the social-media campaign. Each team will research and design its contribution to the unified project in a specific content area.

Social-media posts will include virtual games and quizzes, online exhibits or events, blogs and vlogs, and partnering with influencers.

This year the Digital Ambassadors program has expanded to include an additional cohort of 27 students selected for their track records as influencers in content related to Israel.

What films and movies interest you? What genres do you love to watch? Your input could have a huge impact on a film program for the @israel21c Groundbreaking Israel campaign. Join us by filling out a short form [Link in bio]. 3,2,1… action!

A post shared by Groundbreaking Israel (@groundbreakingisrael) on Oct 14, 2020 at 4:47pm PDT

Poulin says that in the pilot phase of Groundbreaking Israel, the 32 ambassadors will work with Research Success Technologies in Israel headed by Dr. Ezra Kopelowitz to monitor experiences, gather feedback, and make any necessary adjustments before releasing campaign content on a grander scale.

Throughout the campaign, ambassadors will report what they’ve learned in the field and assess impact along the way. In April, they’ll present the impact of the campaign and make recommendations for how the future ambassador cohort can continue it.

Funding for the Digital Ambassador program is generously provided by the Charles and Lynn Schusterman Family Foundation, the Koret Foundation and Susan and Moses Libitzky.