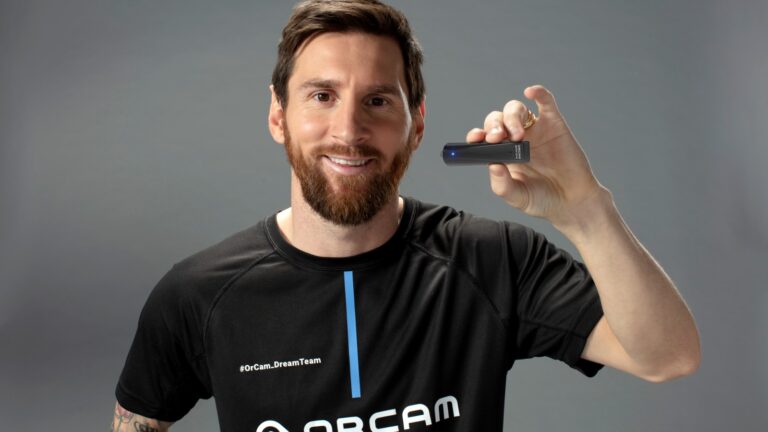 As captain of the “OrCam Dream Team,” Messi is presenting the device to blind or visually impaired people with inspiring stories, some of whom he will meet personally in Spain, where he plays for FC Barcelona.

The first group of 12, hailing from countries including Israel, met Messi just before the coronavirus pandemic. 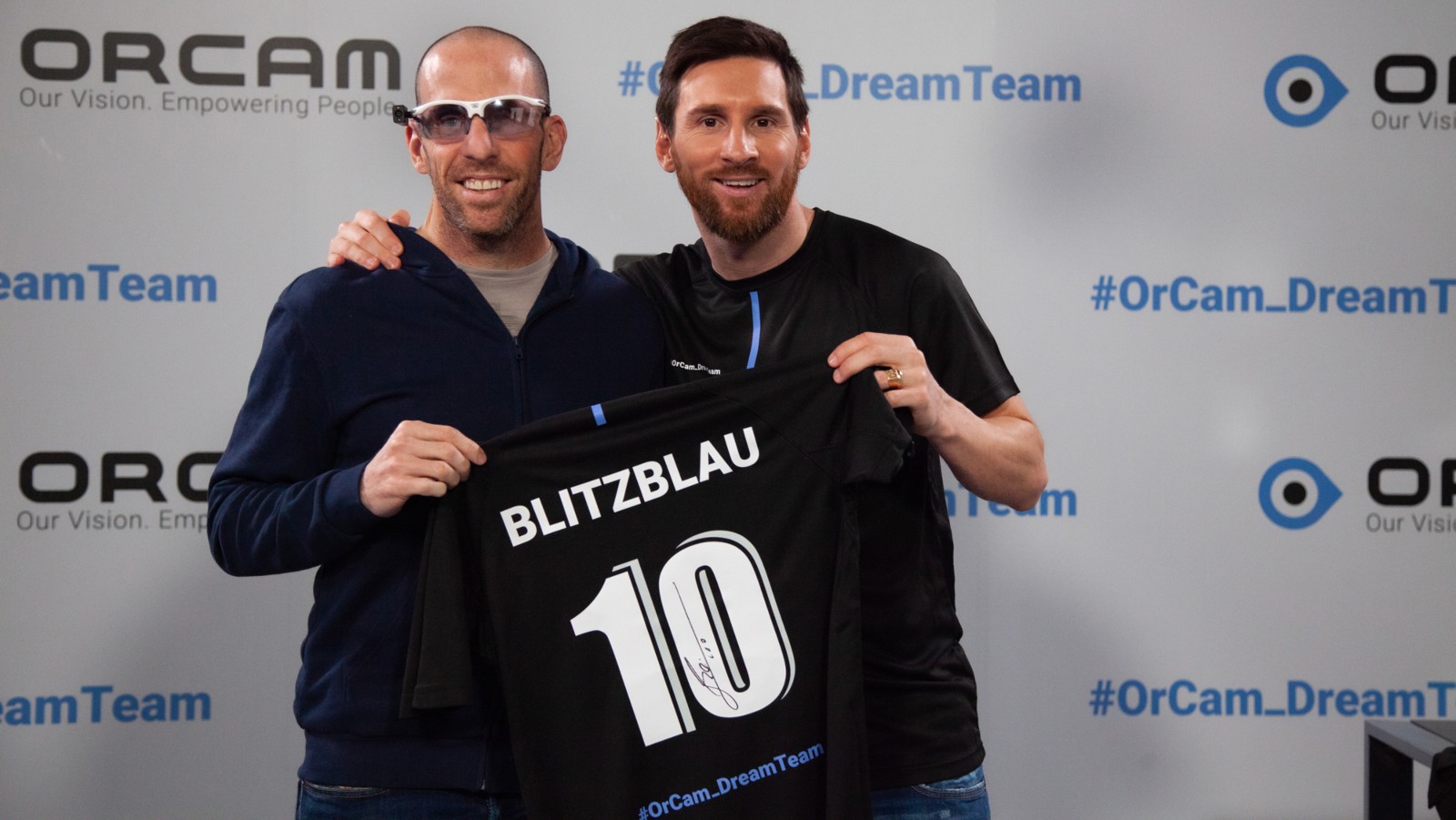 Triathlete Oren Blitzblau, an Israeli who lost his vision in a terrorist attack, wearing the OrCam MyEye and posing with soccer star Lionel Messi, right. Photo courtesy of OrCam

“The emotion was incredible,” Messi said.

“Meeting with this amazing group of people from around the world was truly a magical and inspiring moment. Witnessing each of the members of the ‘Dream Team’ trying out the OrCam MyEye features, it was clear that this would be a life-changing device for each of them.”

The newest MyEye capability is Smart Reading, launched in the United States in July (to be available in additional languages by the end of 2020), allowing users to access only the information they want from a text using intuitive voice commands.

MyEye, one of nine Israeli products chosen as a 2019 TIME Best Invention, is available in 25 languages and in 50 countries. The device is activated by pointing or following the wearer’s gaze, without the need for a smartphone or Wi-Fi.

“This is a particularly exciting point in time for me and for OrCam,” said Prof. Amnon Shashua, cofounder and co-CEO of OrCam.

“The story of OrCam’s founding is, first and foremost, a story of people – people who struggle with real problems and challenges in their lives. In the performance of daily activities, our device offers independence, providing users with critical support to better integrate in society, especially within employment and educational settings. This technology supports users in maximizing their inherent potential.”

According to OrCam, approximately 300 million people worldwide suffer from blindness or some degree of visual impairment.
Shashua said the collaboration with Messi, “who is the embodiment of maximizing potential, and an individual who is admired worldwide, will allow us to reach millions of people in need.”