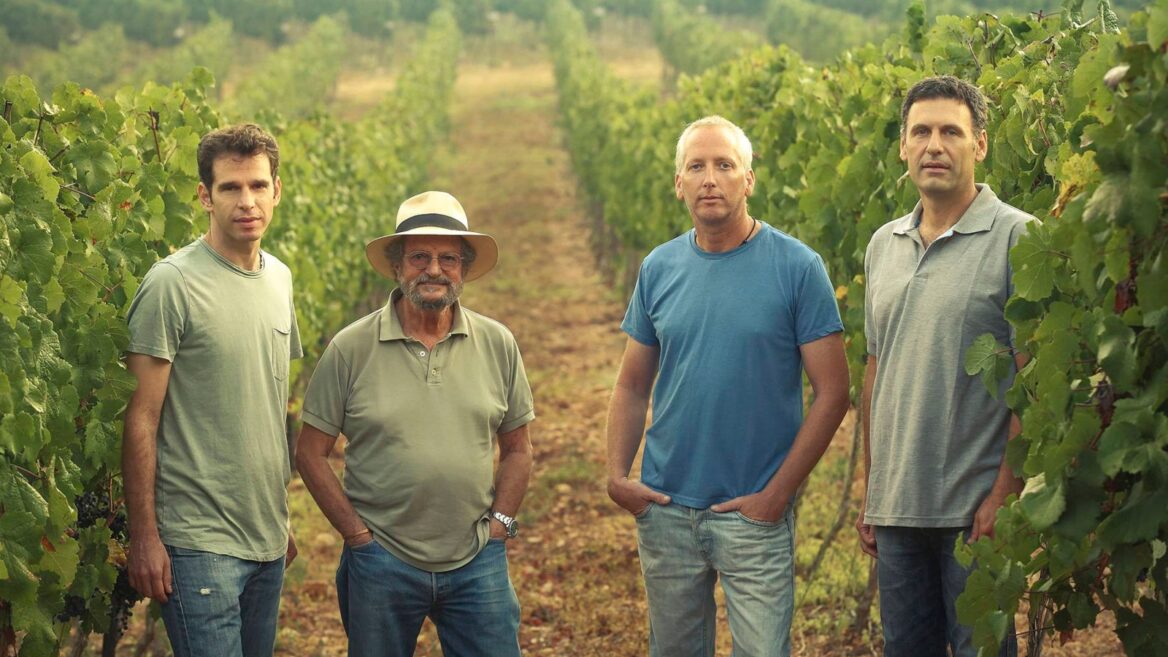 In April 2019, Catherine Todd of Forbes magazine gushed about the Judean Hills as one of Israel’s up-and-coming wine regions.

Todd wrote that in recent years, young winemakers had made their way back to Israel from abroad to open boutique wineries and revive an historic industry.

“Old terraces carved into the rock and ancient limestone wine presses hint towards winemaking that goes back for thousands of years,” she wrote.

The area is indeed filled with archaeological evidence that wine was made here thousands of years ago. There’s even written proof: In the Bible, Jacob gifts his son Judah with this choice region for winemaking(Genesis 49: 11-12) – hence its name. 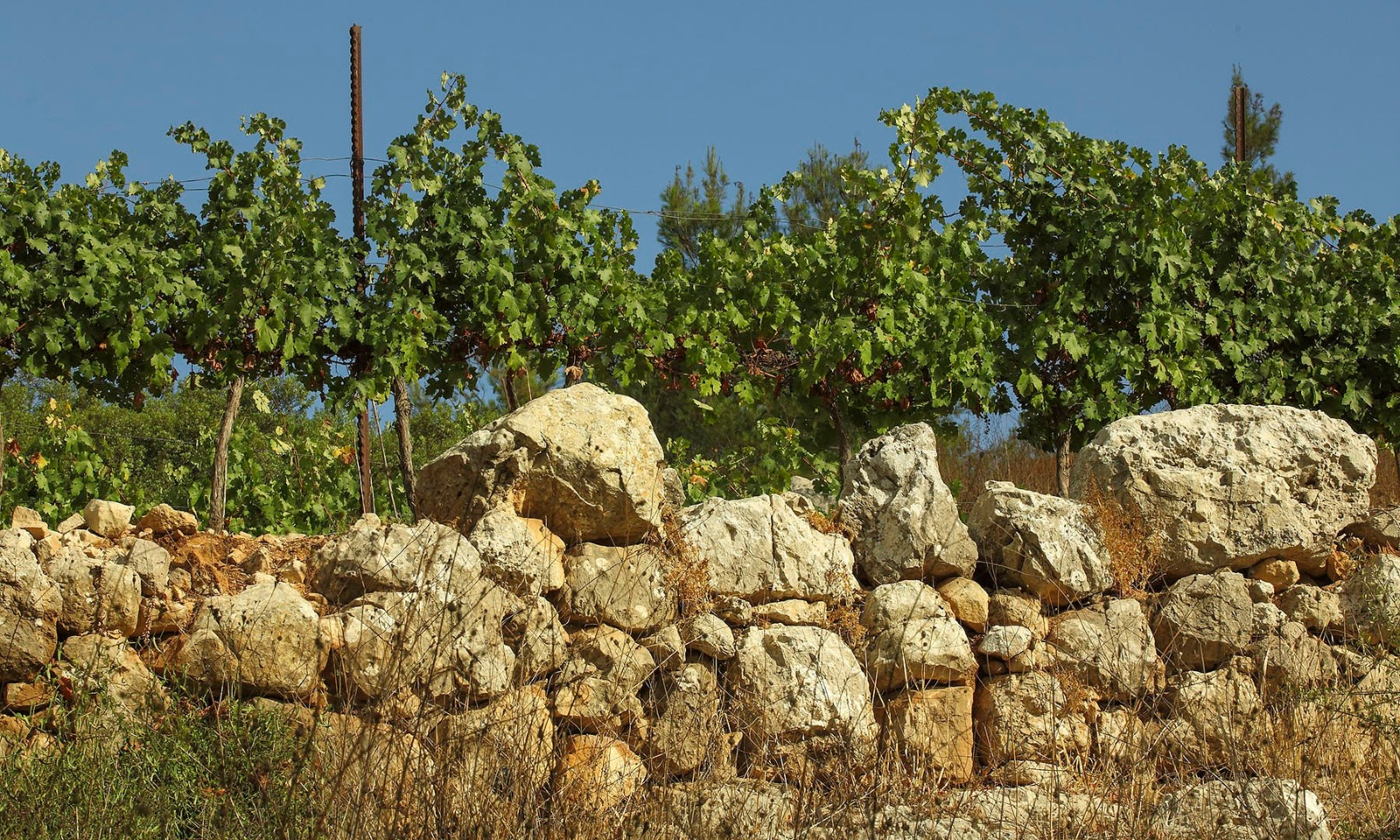 However, incredibly, modern winemaking here is as new as the last 30 years or so.

The task has been taken on by some 30 wineries that have popped up during that short time period, 20 of which are considered boutique. Experts say the Judean Hills region is the fastest-growing wine region in Israel.

Along with mineral-rich red clay and tuff soils, it is most importantly the limestone bedrock that contributes to this region’s ability to produce high-quality white wines marked by a certain quality of minerality. 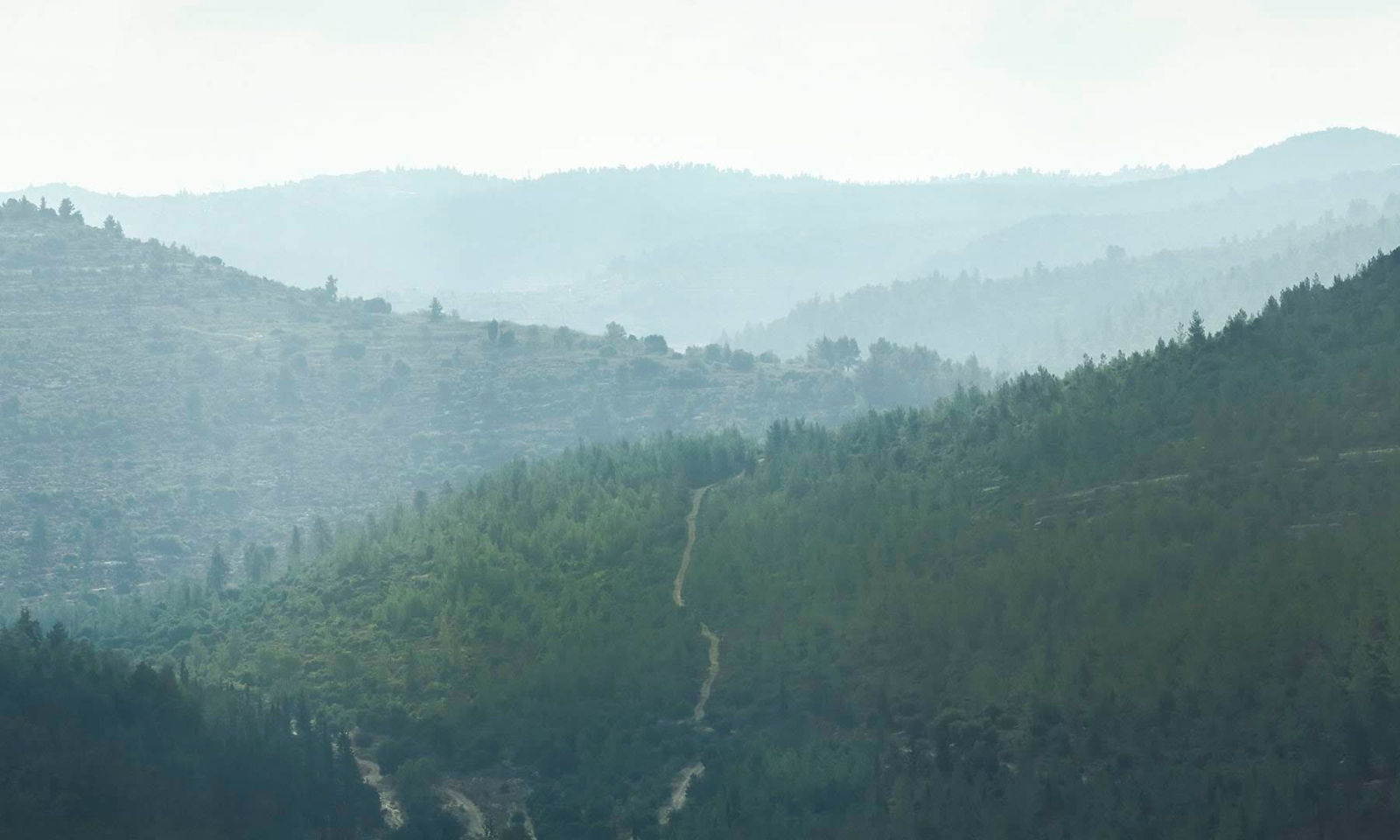 Gush Etzion in the northern Judean Hills (“the Gush”) is an area made up of 22 Jewish communities of varying sizes sandwiched between Bethlehem to the north and Hebron to the south.

The area known for its high elevation (which nears that of the tallest part of the Golan Heights) and occasional winter snowfall is not lacking in artist workshops, biblical-era sites like Herodian (Herodium), ancient mikvehs, and the naturally terraced hills that enjoy views all the way down to the Mediterranean coast.

Producing 100,000 bottles a year, Gush Etzion Winery opened its doors in 2005. The realization of a dream 10 years in the making, it had been a small home-bound operation up until that time.

Shraga Rozenberg started out fermenting the juice of an overzealous blackberry bush for wine in the family’s back garden, before moving onto grape-based wine made with plantings taken from all over Israel.

“At that time the winemaking industry in Gush Etzion was almost non-existent,” explains Avi Rubin, the manager of the winery’s visitor center. Once his home was overrun with winemaking equipment and thousands of bottles of wine, he realized that an upgrade in facility was going to be necessary. 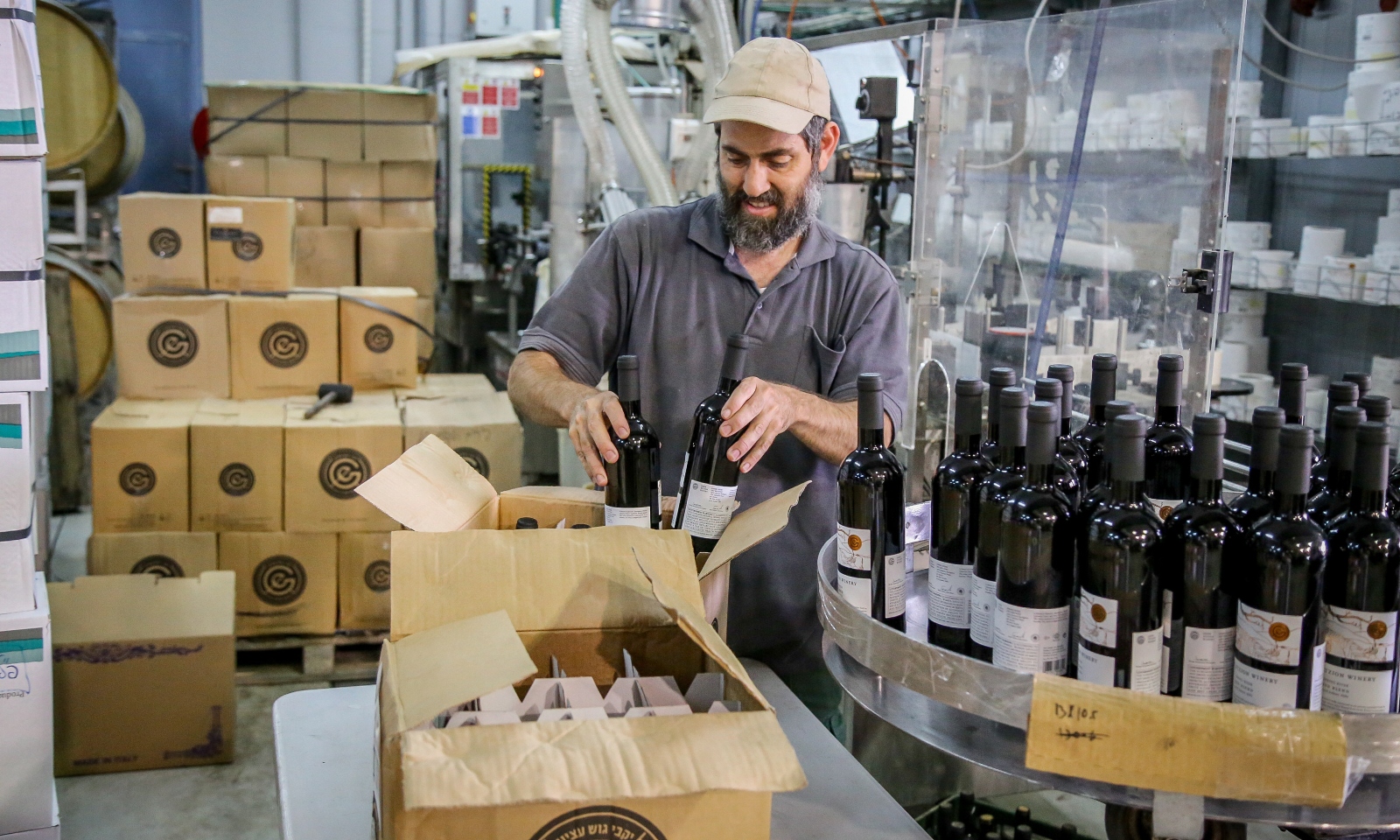 Fiercely proud of the spiritual and physical significance of the area, Rozenberg felt it seemed only fitting to name their wine lines after the natural wonders around them.

Names such as “Lone Oak,” “Blessed Valley” and “Spring River” represent the renewal of the community following several historical disasters and its survival in modern Israeli history, as well as the biblical landscape of the area.

The “Spring River” collection — whose label describes the name as referring to the “long vertical wells connected to an ancient aqueduct built by King Herod more than 2,000 years ago, where water flowed from Gush Etzion to Jerusalem” –includes wines from grapes grown in vineyards that slope down toward this river, locally referred to as “Nahal Hapirim” (“Shafts River”).

The line includes a semi-dry white blend of Roussanne, Gewürztraminer and Sauvignon Blanc; and a Rhone Valley-style wine made with a classic blend of Grenache, Syrah and Mourvèdre grapes in the European tradition.

Rubin tells ISRAEL21c that the particularly high limestone content in Gush Etzion’s soil restricts the amount of water retained by the vineyards, making it harder to grow an abundance of grapes.

“The fact that it’s harder for the vineyards actually means it’s better for the grapes that are able to grow,”he elaborates. Those prized grapes end up “enjoying a higher concentration of sugars and minerals.”

Milking the tourism potential of this charming area, the winery also has a dairy restaurant with room for small events, and offers jeep tours through the on-site vineyards.

The Judean Hills Quartet is a group of four wineries in the Beit Shemesh area — Domaine du Castel, Flam, Sphera and Tzora. They joined forces in 2017 to promote the Judean Hills wine region to the international community of buyers and critics.

In these past few years, the quartet has held events in New York, London and Tokyo, with plans to branch out this year to Austria and The Netherlands. 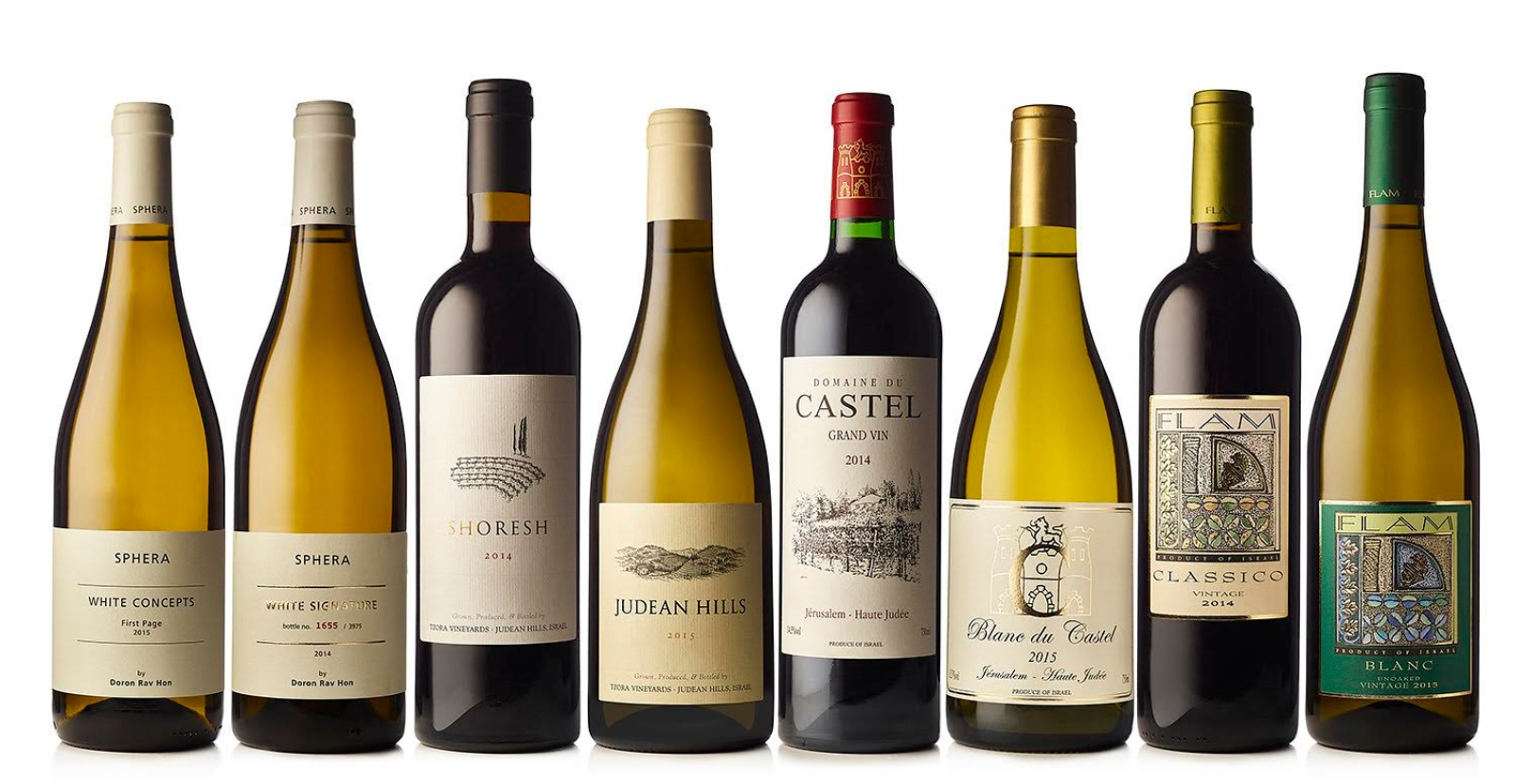 Eli Ben Zaken of Domaine du Castel, whose Bordeaux-style winery had its initial 600-bottle run in 1995, is considered a visionary in the region.

Named for the nearby Crusader-era fortress that saw many battles in the 1948 War of Independence, Domaine du Castel wines were from the start considered the best in Israel, representing a turning point in the mid-1990s when attention was finally being paid to producing higher quality Israeli wines.

Flam Winery joined the boutique winemaking game in 1998 with similar hopes of elevating the Israeli wine market, operating as an Italian-style family estate.

At that point the family patriarch, Israel Flam, had already been in the business for over30 years, having worked for decades as chief winemaker for Carmel Winery — one of Israel’s oldest and currently largest commercial winery.

In the company of legendary winemakers like Ben Zaken and Yair Margalit, Flam is credited with shepherding Israel’s segue into modern boutique winemaking. Flam Winery was opened by sons Gilad and Golan, along with their mother, Camellia (“Kami”) as a winery that swings in the opposite direction of Carmel.

The Flam family is considered an innovative force in the world of kosher wine, earning a coveted 4-star rating in Hugh Johnson’s Pocket Wine Book in 2017, an honor shared by only two other Israeli wineries, Domaine du Castel included. 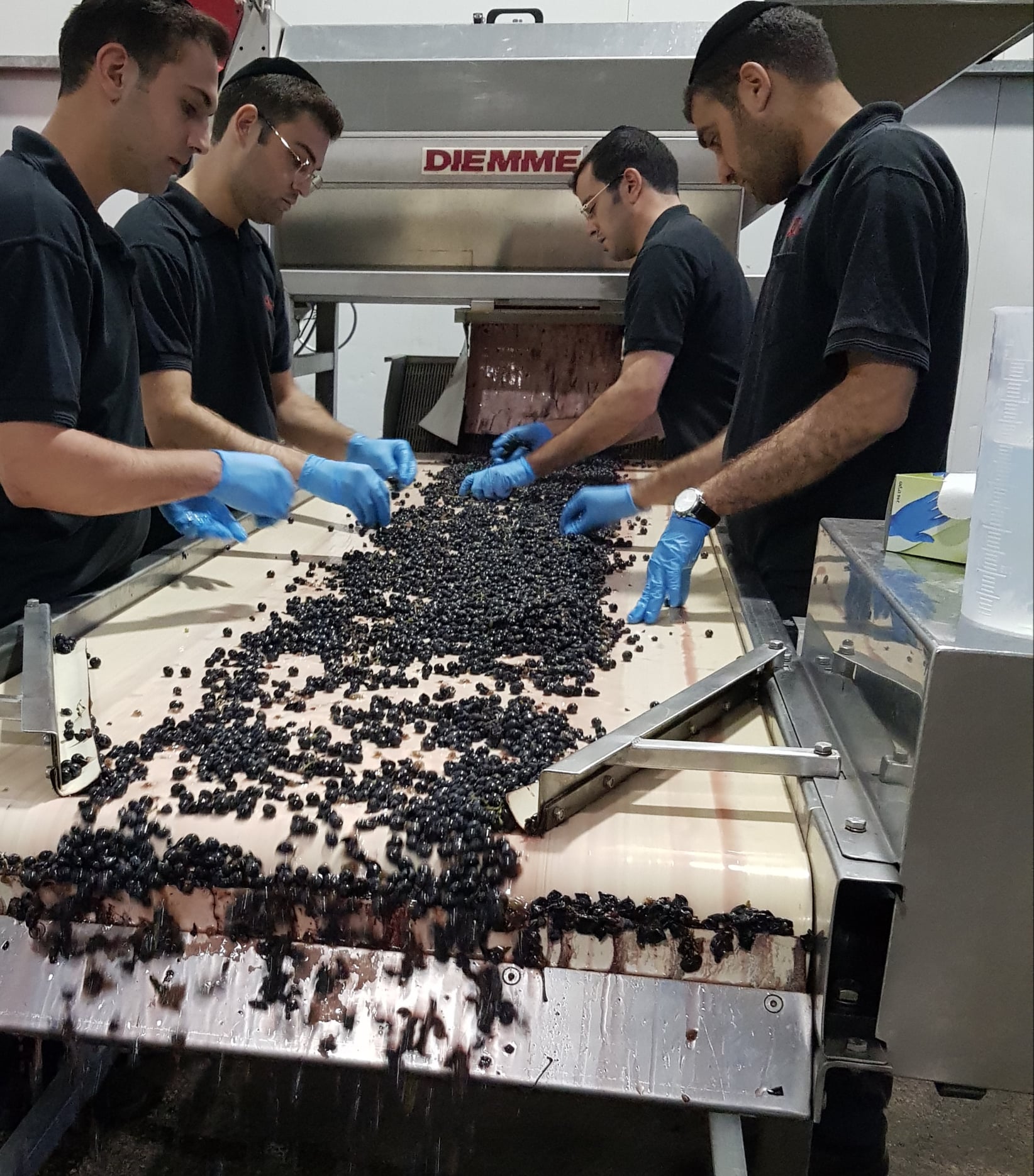 Founded in 1993 by the late Ronnie James, Tzora Vineyards was passed onto Eran Pick in 2008, now the winery’s CEO.

Israel’s first official Wine Master, one of only 389 master sommeliers in the world, Pick lets the terroir take the lead in the winemaking process, growing exclusively via estate vineyards. Tzora’s vineyards are certified sustainable.

Four Tzora wines received perfect scores of 93 from Wine Spectator in its groundbreaking October 2016 issue on the wines of Israel.

Sphera Winery shifts out of the warm family feel of the other quartet wineries (although it is indeed family run), focusing instead on precision and finesse. Its white wines grace the menus of Tel Aviv’s fine-dining restaurants.

The quartet’s only non-kosher winery, Sphera hasa more scientific approach to wine, felt in its description of the brand as “humble,” “artistic” and “minimalistic.”

Sharing detailed descriptions of each past vintage on the website lets wine drinkers know exactly what factors influenced the varietals, blends and sparkling wines in any given year.

Winemaker Doron Rav Hon and his wife, Sima Rav Hon, opened Sphera in 2013. They proved their ferocity in the first vintage, winning top accolades from British wine critic Stuart Pigott that year as one of the top five Rieslings in the world alongside wines from the Rhine region in Germany and the Finger Lakes in New York.

This feat, Pigott learned, was achieved by Rav Hon’s precise irrigation techniques and northern sloping vineyard, which nurture a variety usually thought of as a cold-weather grape.

Growing primarily Cabernet Sauvignon, Merlot, Shiraz and Cabernet Franc grapes in the Elah Valley, the winery started out of Moshe and Anne Celniker’s small Jaffa home in 1998, before eventually relocating to Moshav Neve Michael where they nurtured the plantings that serve their vineyards today. 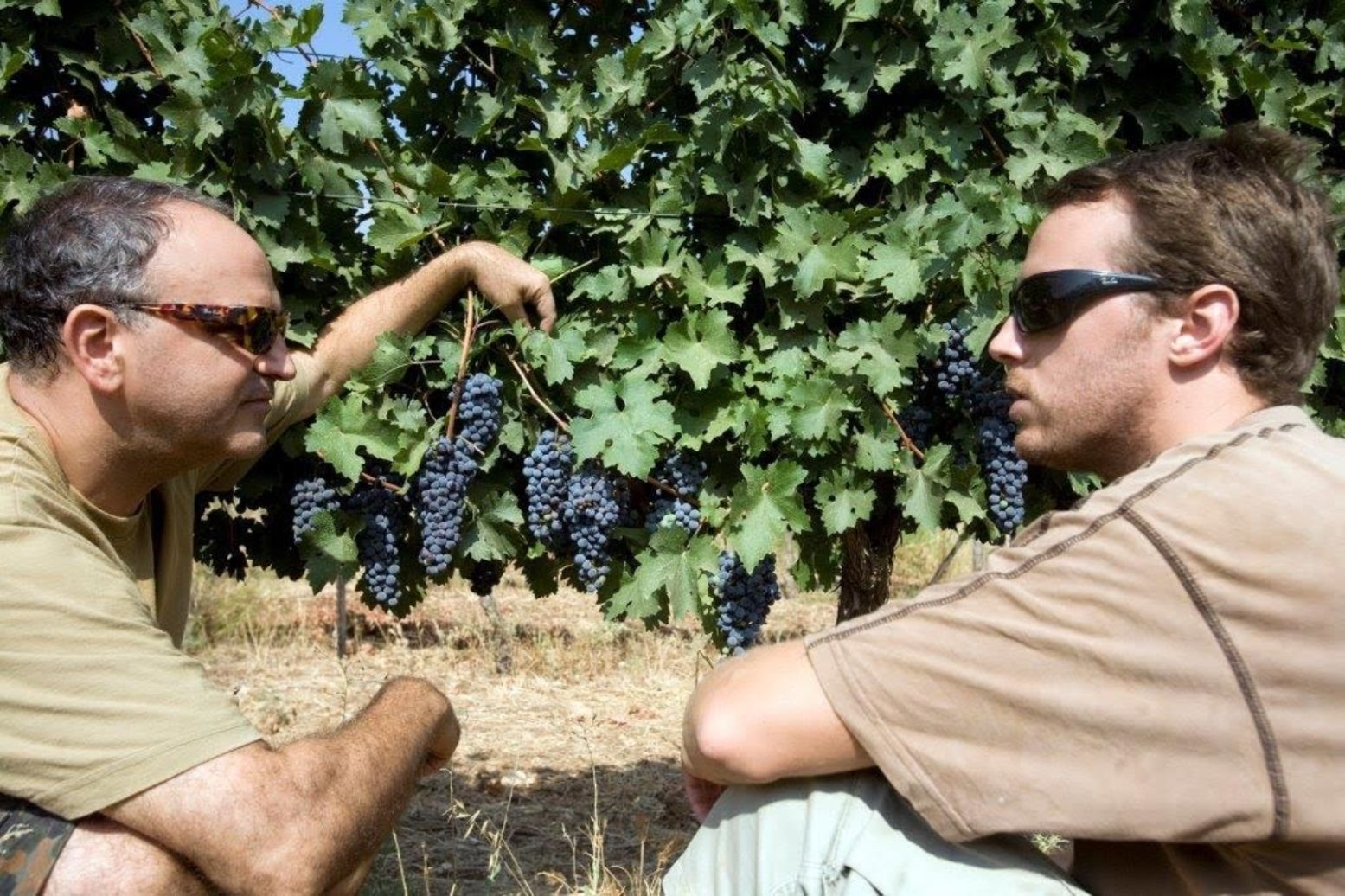 Influenced by Anne’s native Alsace background, the winery has now deviated from traditional French winemaking into a more creative “new world” approach since their son Stephan took over as head winemaker 10 years ago.

In this biblically significant area where the battle between David and Goliath is believed to have taken place, Stephan — who studied in Israel, the Bourgogne region of France, and South Africa,– takes joy in coaxing out fruity aromas in the wine.

He focuses on making light reds with short fermentation periods, and whites that are aged outside of barrels. The winery claims this makes them “light, crispy and aromatic.” An example is the Viognier wine, which the winery says exhibits the “aromatic characters of wildflowers, white peach, melon, citrus fruit and herbs.” 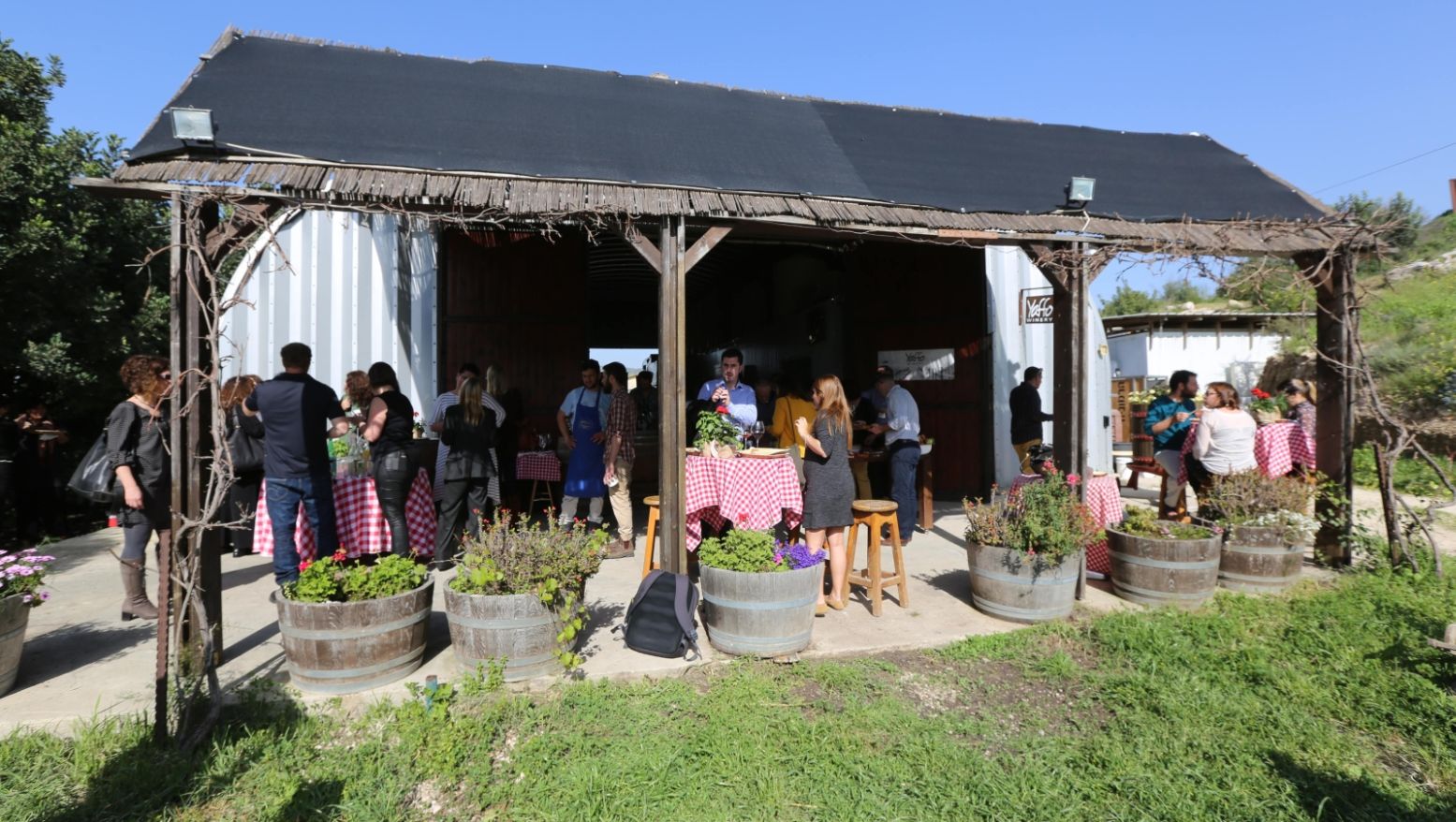 But the region’s ability to produce beautiful white wines doesn’t negate its ability to pull out elegant reds as well. One example of this is Ruth Winery in Kfar Rut.

Situated just outside Modi’in, this small kosher winery was opened by local resident, winemaker and municipal tax lawyer Tal Maor in 2001. She specializes in reds including Cabernet Sauvignon, Merlot, Shiraz, Petite Sirah, Pinot Noir, and port made in the traditional manner.

Ruth Winery even has a dry red blend named “Ruth Elegant,” a fruity blend of Shiraz/Syrah, Cabernet Sauvignon and Merlot.

Unique but traditional, modern, and yet tied to a biblical landscape, the Judean Hills is an important and significant region in Israeli winemaking worthy of world attention.

Housing many wine masters and masterful wines, this biblical heartland is projected not only to continue growing and influencing the Israeli wine landscape, but also to capture the hearts of wine lovers abroad.