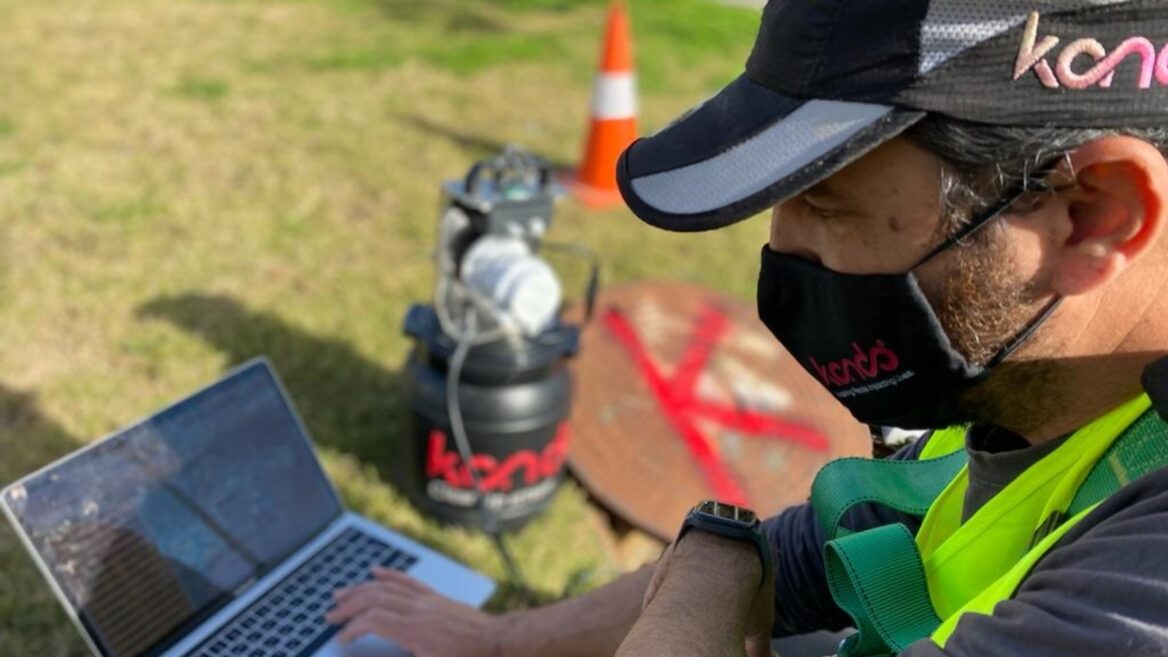 The Israeli city of Ashkelon was able to alert residents of a specific neighborhood to a Covid-19 outbreak, without testing a single person, a week before any symptoms of illness appeared.

This wizardry was made possible by a revolutionary technology that detects viruses in sewage.

“Monitoring our sewers is like taking the blood test of a city,” said Ari Goldfarb, CEO of Kando.

“The only way to get a clear picture of how many people are sick, and where, in a pandemic like this is using data from wastewater. When a person is infected, even if they don’t know it yet, their body sheds virus particles. Our system allows us to see an outbreak seven to 10 days before it happens.” 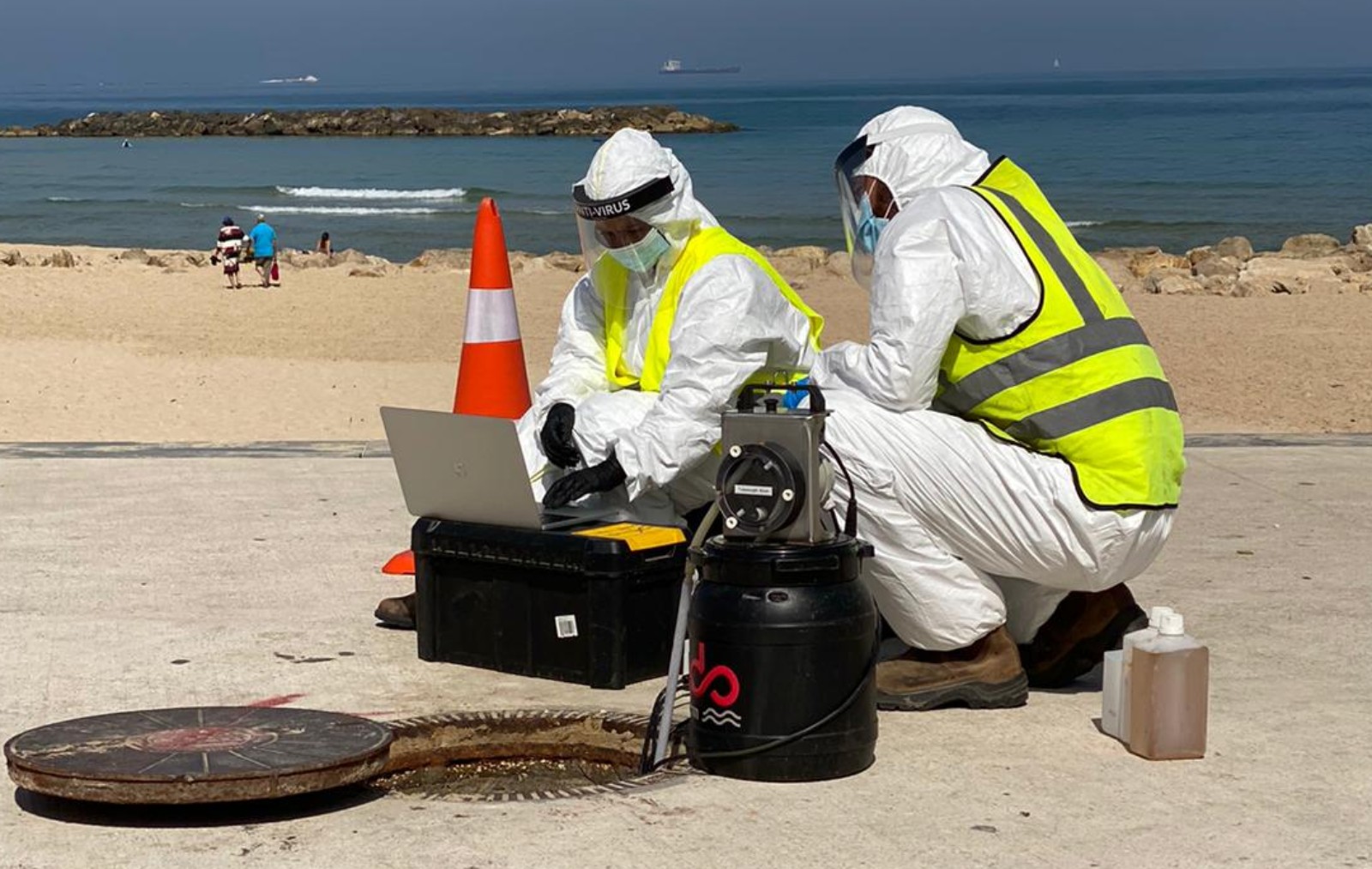 Even Goldfarb is surprised at how far in advance this method can see what’s coming.

“For example, in the beginning of this wave, we saw that the Omicron was spreading in the community before clinical cases showed it. This gave decisionmakers more time to take measures and prepare for the upcoming wave,” he says.

In one municipality that was rated “green” by the Ministry of Health because of the low incidence of Covid cases, Kando’s wastewater analysis “showed that the signal is changing from negative to positive and increasing from one analysis to the next,” says Goldfarb.

Armed with this intel, the ministry quickly launched a testing campaign there in order to isolate infected individuals.

The future of pandemic logistics

The Health Ministry now has begun installing Kando’s technology in all Israeli municipalities of more than 20,000 people. It’s the first such project worldwide. 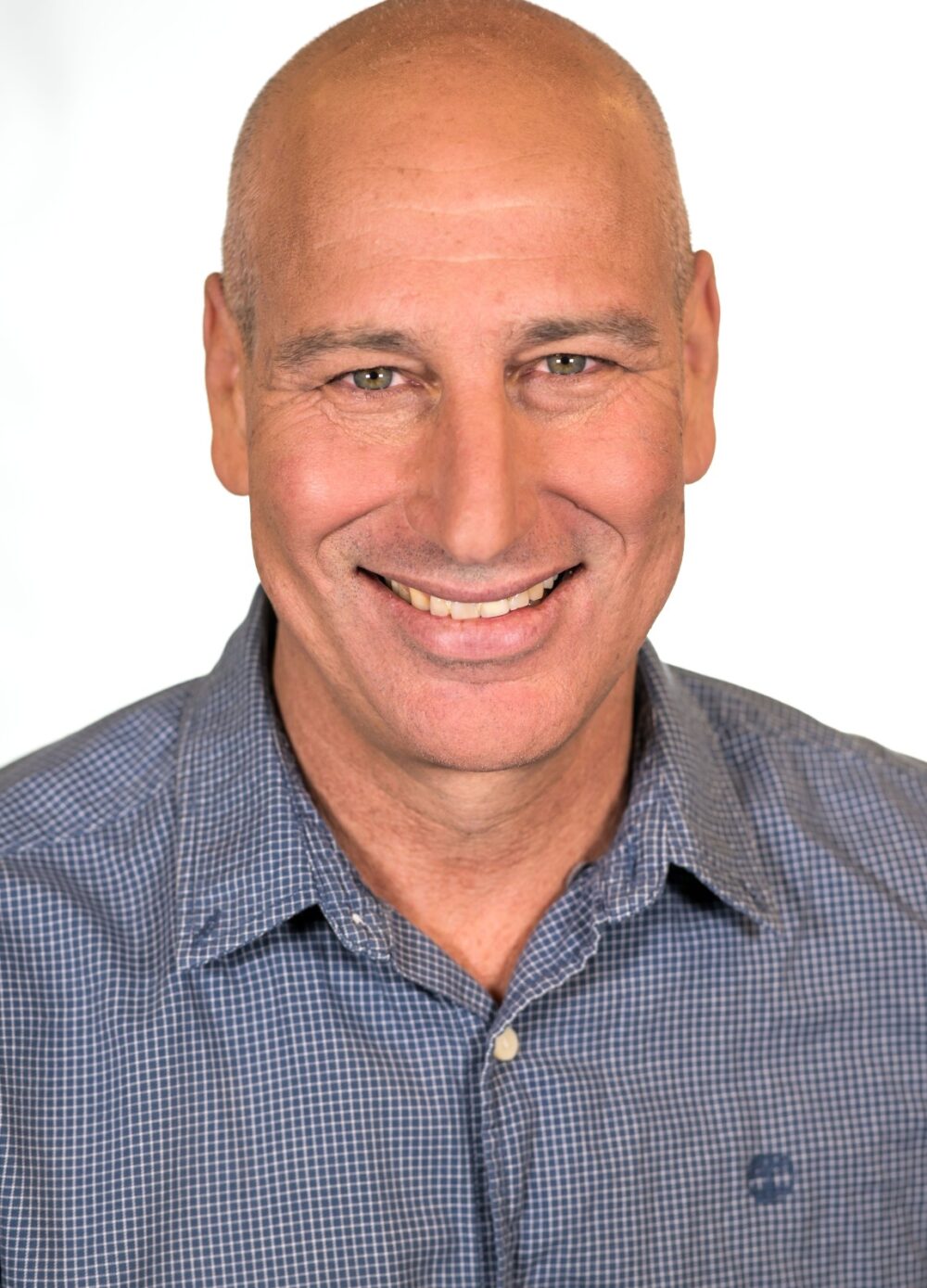 “A lot of countries are sampling sewage manually. Israel is the first in the world doing this with algorithms, machine learning and AI technology, tracing the pandemic nationwide and presenting decisionmakers with relevant insights and warnings on a dashboard,” Goldfarb tells ISRAEL21c.

He says that several countries are starting to pilot Kando’s technology on a small scale.

“I think intelligence-gathering is the future of handling pandemics, and wastewater is a critical source of intelligence concerning virus load,” says Goldfarb.

What does the data tell us about the next few weeks?

“We hope to see soon a change to a downward trend; this will tell us the morbidity rate in the population is decreasing.”

Regarding whether infections today are caused only by the Omicron variant as opposed to the earlier Delta variant, Goldfarb is not at liberty to say because this information is proprietary to the Health Ministry. The ministry does state, however, that Omicron is “rapidly pushing out the Delta variant.”

Kando’s underground IoT unit includes an autosampler, water quality sensors, flow sensors and a controller. Twice a week, the unit captures a sample using AI and sends it for analysis at Ben-Gurion University, which helped develop the technology.

If virus particles are detected in a sample, additional analysis is done at the national virology lab at Sheba Medical Center to identify the variant and other critical data. 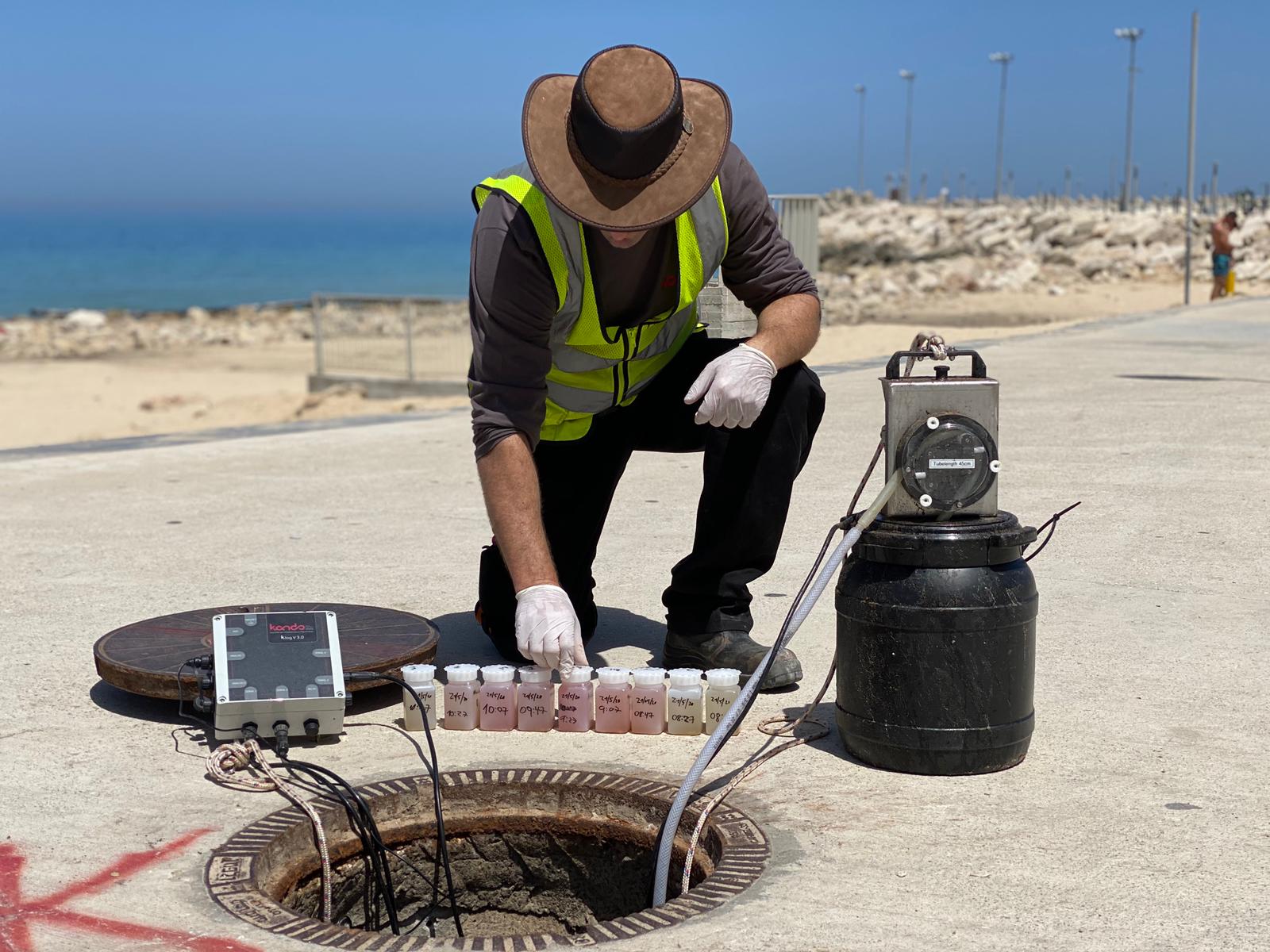 The Kando system automatically gathers samples that are taken to a lab for virus testing. Photo courtesy of Kando

Within about 24 hours, local authorities know of an impending outbreak pinpointed by neighborhood, allowing them to implement early testing guidelines and alerting them to new variants.

SARS-CoV-2 is not the only pathogen that Kando has its eye on.

“Israel is monitoring the poliovirus in its wastewater for several years,” says Goldfarb.

“Now we are building the infrastructure for wastewater monitoring in the entire country. This will give us the ability to monitor in the future more pathogens and illnesses such as antibiotic-resistant bacteria and even consumption of drugs and other substances.”

The first use case of the underground sensor-based system is to monitor municipal wastewater for chemical and metal pollutants and alert stakeholders about these potential environmental hazards. 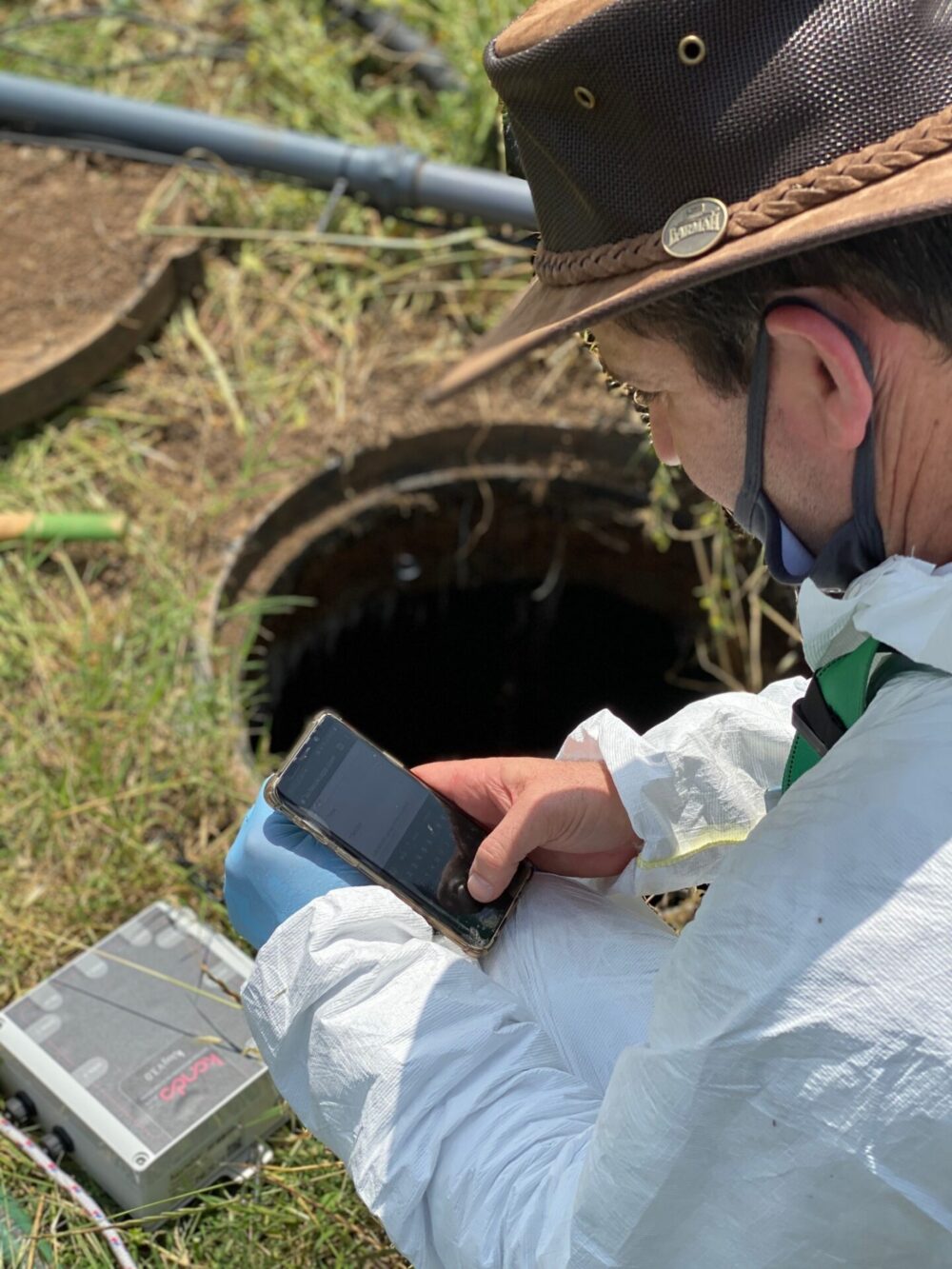 “We are the eyes and ears of wastewater quality underground. The data we collect has been helping to improve the quality of water in Israel for 10 years, and all over Italy as well for the last six years,” he says.

Kando also work in the UK, Germany, France, Belgium, and US states including Texas and Ohio.

“Our dashboard allows [clients] to see the whole country and pinpoint problems on a map. Every time there’s a change in wastewater quality, you can see it and who’s responsible for it.”

When Covid reached Israel, Kando worked with the Health Ministry and scientists from BGU and the Technion-Israel Institute of Technology to create a public health solution to manage the pandemic proactively through wastewater data.

When that data begins to show a decline in SARS-CoV-2 virus in the water, Kando will have a happier role to play.

“We can say when it’s safe to go out to the office and school. We can help people feel safe to move forward,” Goldfarb says.

UNCOVER ISRAEL - Get the ISRAEL21c
Weekly Edition free by email
Sign Up Now!
Bring Israel's story to life.
Millions of people around the world rely on us to gain a deeper understanding of Israel. We are the trusted source for original content you won't find anywhere else.
You can make a difference. Donate today to support journalism that brings Israel’s story alive.
SUPPORT ISRAEL21c
Read more on:   Technology, Kando, wastewater, Health, COVID-19