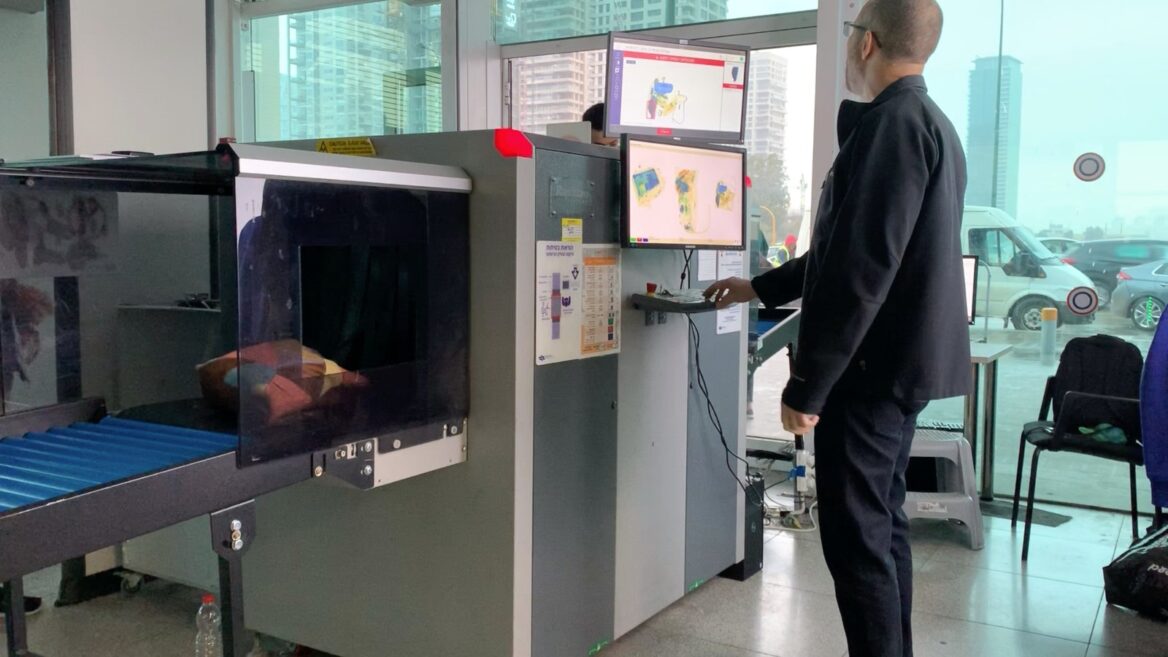 What are the biggest Covid-19 concerns associated with flying? Being on the plane might be not as risky as originally thought, according to a study of passengers on a flight from Tel Aviv to Frankfurt.

The bigger worry may be maintaining social distance in the security-check line prior to boarding. Artificial intelligence-based software from Israeli startup SeeTrue  is not Covid-19-specific, but it can speed up the process by 30 percent or more.

The software alerts screening staff to any suspicious object in passengers’ carry-on luggage. That means less bags opened on a hunch or spot check, less misidentification of dangerous materials (was that a gun or a flashlight?) and, as a result, fewer stops and starts on the conveyer belt.

SeeTrue CEO Assaf Frenkel says that, with its software in place, agents open less than 50% of the bags they do normally and when they do, they spend just three to five seconds on a bag vs. the usual 15 to 30 seconds.

“You put your bag on the tray, the screener opens it, you take the bag back, she touches the next person’s bag. She can’t change gloves 500 times a shift. This puts both her and you at risk,” Frenkel tells ISRAEL21c.

Indeed, nearly 1,800 TSA workers have tested positive for Covid-19, the US government reported in September. Six have died.

SeeTrue’s software plugs into existing airport screening systems – the now familiar X-ray and CT machines – and compares what it sees on screen with a database of forbidden objects. The database can reside in the cloud or locally. Frenkel suggests the latter may be preferable for both data security reasons and speed.

“You could have 10 to 15 lanes and 150 to 200 people coming through each lane per hour,” Frenkel says. In busy train stations, it could be up to 1,000 people per hour per lane. “So, you need to have a very good network structure to get things from the cloud. It’s not the only option.”

If SeeTrue’s AI flags something as suspicious, the screener is alerted in real time. There’s no change in workflow other than a new pop-up showing the item that’s been identified. Alerts can also come in audio form.

SeeTrue’s software has some serious lifting to do. “There are thousands of types of guns and millions of types of knives,” Frenkel says. “From a computer perspective, identifying that is quite a challenge. It’s not just comparing specific items you can make out in a library.” 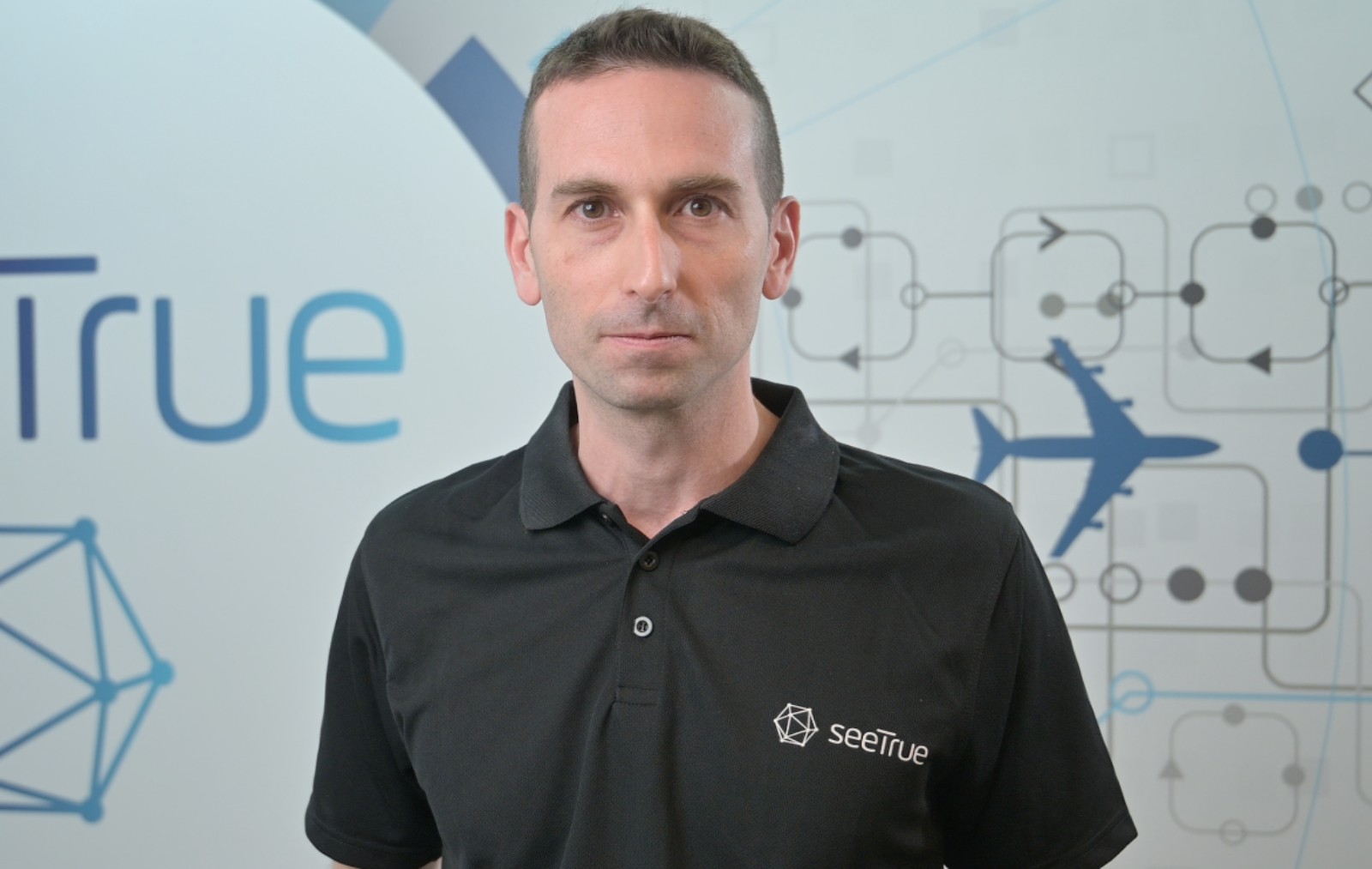 “Studies show that people lose attention after just a couple of minutes,” Frenkel says. In fact, the TSA reported that agents caught three times more guns per passenger in July 2020 vs. the same month in 2019, although air traffic was way down. Why?

It’s also unnervingly easy to bribe an airport employee to get past the screening systems.

The FBI ran a two-year sting operation at Dallas-Fort Worth International Airport from 2016 to 2018. Ten airline workers were indicted for allegedly plotting to smuggle drugs, explosives and guns onto planes.

SeeTrue’s customers include at least one airport that normally processes over a million passengers a year.

Faster security lines have another important advantage for airports: passengers can spend more time in an airport’s commercial areas. Security is necessary but non-revenue generating, Frenkel points out.

The Covid-19 crisis may have increased the perceived need for systems like SeeTrue’s to improve screening, but it’s not been without its challenges.

SeeTrue has had to figure out how to walk customers through the installation process entirely remotely, using video tools like Zoom. Local partners on the ground help, too. Installation takes between four and six weeks.

Frenkel says SeeTrue’s software is further along and more mature. While SeeTrue is focusing on airports, the software could be installed wherever there are baggage scanning systems – at the entrances to stadiums, theaters and malls, as well as behind-the-scenes wherever a parcel needs to be shipped.

In May, the United Nations World Tourism Organization named SeeTrue a top finalist in the “Healing Solutions for Tourism Challenge”  aimed at identifying “the most disruptive startups and entrepreneurs to drive solutions to mitigate Covid-19’s impact on tourism.”

Tel Aviv-based SeeTrue has 30 full time employees and has raised “a few million dollars,” Frenkel says. It is backed by Jerusalem crowdfunding platform OurCrowd, among other investors.

While you, the passenger, may never know if an airport is using SeeTrue’s software, faster-moving lines will make a real difference in your travel experience.

“It’s one of those things that, once it’s there, it will feel as if it was always like this. You can’t imagine going backward,” Frenkel says.