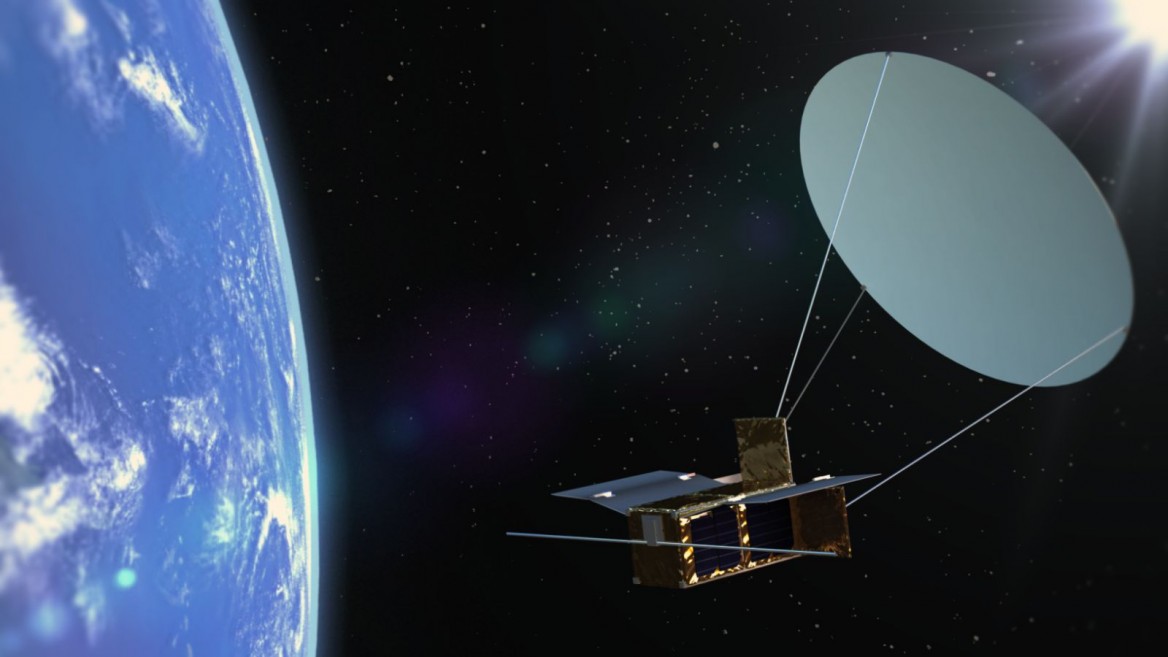 An Israeli startup, SkyFi, has developed new satellite seeds, which could bring high-bandwidth Internet connectivity to the entire globe at less expense than the current cost of putting one satellite into space.

SkyFi’s space seeds are small, affordable seeds of satellites which are launched in dense clusters and then unfold in space to become a large communications system.

According to Raz Itzhaki-Tami, cofounder and CEO of SkyFi, launching just 60 SkyFi Systems into space could bring connectivity to the entire planet.

“There are three billion people on the planet who are not connected online today because it’s not affordable,” Itzhaki-Tamir tells ISRAEL21c. “We want to connect everyone on land, sea and air, and the only affordable way is through outer space.”

Israel currently is No. 4 in the world in terms of its number of satellites, says Itzhaki-Tamir. It’s a remarkable position considering Israel’s small size and investment budget, and he attributes it to the mass immigration of Jews from the former USSR in the 1980s, which included prominent engineers in this sector.

Aside from SkyFi, there are about 10 Israeli companies involved in satellite technology today – a worldwide market of at least $200 billion annually.  The largest of these are Israel Aircraft Industries (IAI), Rafael and Elbit. Many of them were among 350 exhibitors at the Satellite 2016 show in Maryland in March.

A small community with many experts

“One of the strengths of the Israeli space industry is we have a rather small community with a lot of knowledge and a lot of access to experts,” says Itzhaki-Tamir. “It’s like a good family, even if on a professional level the companies are competing.”

Set for initial launch in late 2017,SkyFi’s newest nanosatellite hasa folded-up 55-centimeter-diameter antenna, greatly reducing launch load and costs. Once in orbit, the antenna expands and a proprietary sub-reflector enhances its transmitting precision and power by as much as 500x.

According to the company, headquartered in Airport City near Tel Aviv, its constellation of satellites would enable up to 1 gigabit-per-second communication bandwidth from anywhere on the planet. Satellite owners could also, for the first time ever, change the footprint of coverage while a satellite is in orbit.

“The high flexibility of nanosatellites using our technology and the ability to provide multiple services to different customers enables us to offercost-effective Internet access to the whole planet,” explains Itzhaki-Tamir.”It can also provide communication to aircraft, boats and more.”

SkyFi recently raised a $3 million investment round led by Jerusalem Venture Partners and Liberty Israel Venture Fund. The product is under construction at subcontractors in the United States and Israel, while SkyFi is negotiating with potential customers looking to provide communication to isolated areas.

“We think this has the potential to bridge great divides and give everyone worldwide a part in the great global connected community,”says Itzhaki-Tamir, who established the nanosatellite department at IAI in 2006 and also heads the Israeli Nano-Satellite Association. 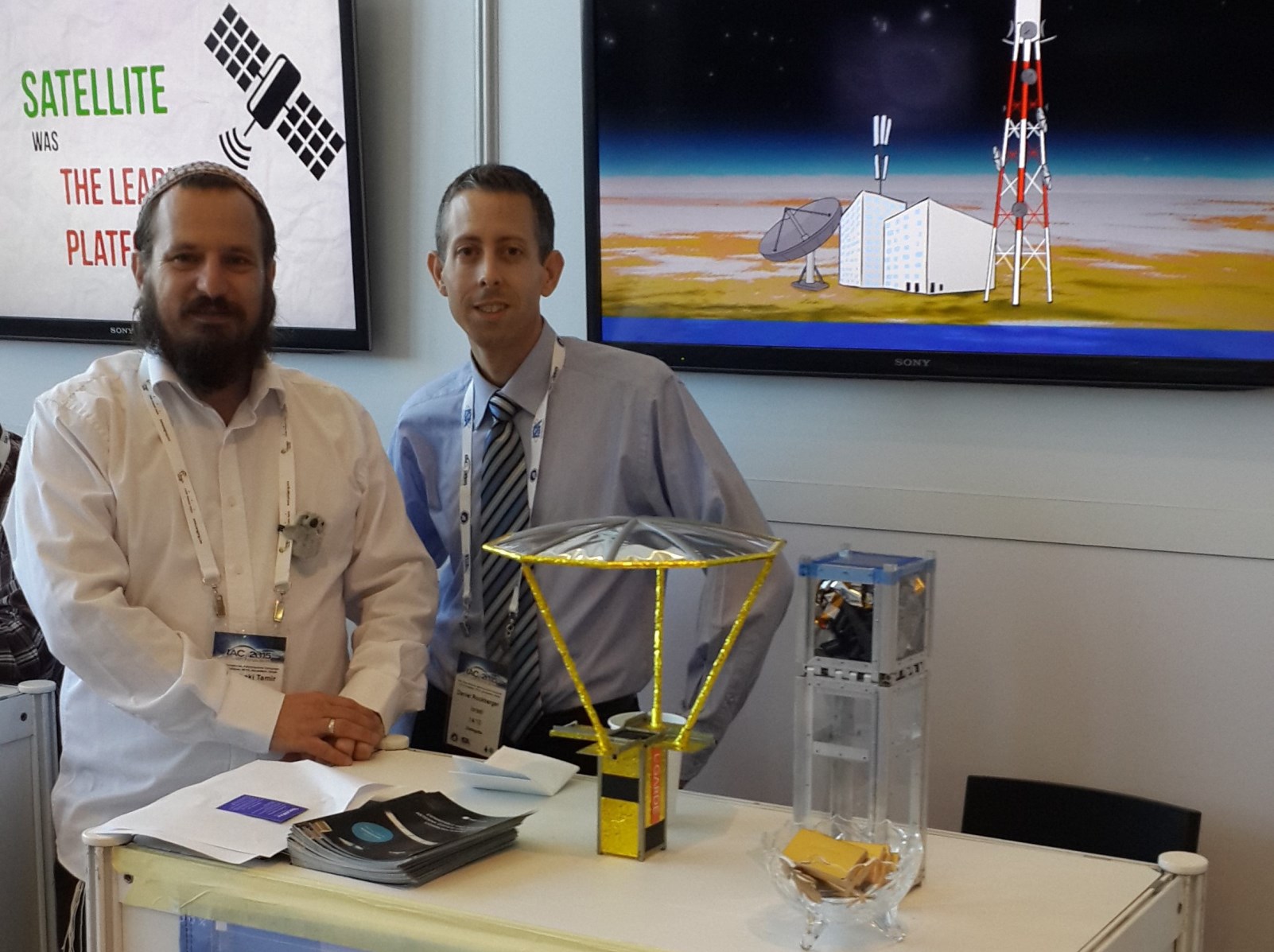 Spacecom, the oldest and only commercial satellite operator in Israel, operates the fleet of AMOS satellitesthat delivers communications, data and broadcasting services to Europe, the Middle East, Africa and Asia.

AMOS-1 was launched in May 1996 and AMOS-6 is scheduled to go up later this year on a US-based SpaceX launch platform from Cape Canaveral, Florida. AMOS-6 will be the satellite backbone for Facebook and Eutelsat’s joint initiative to bring more African citizens online. 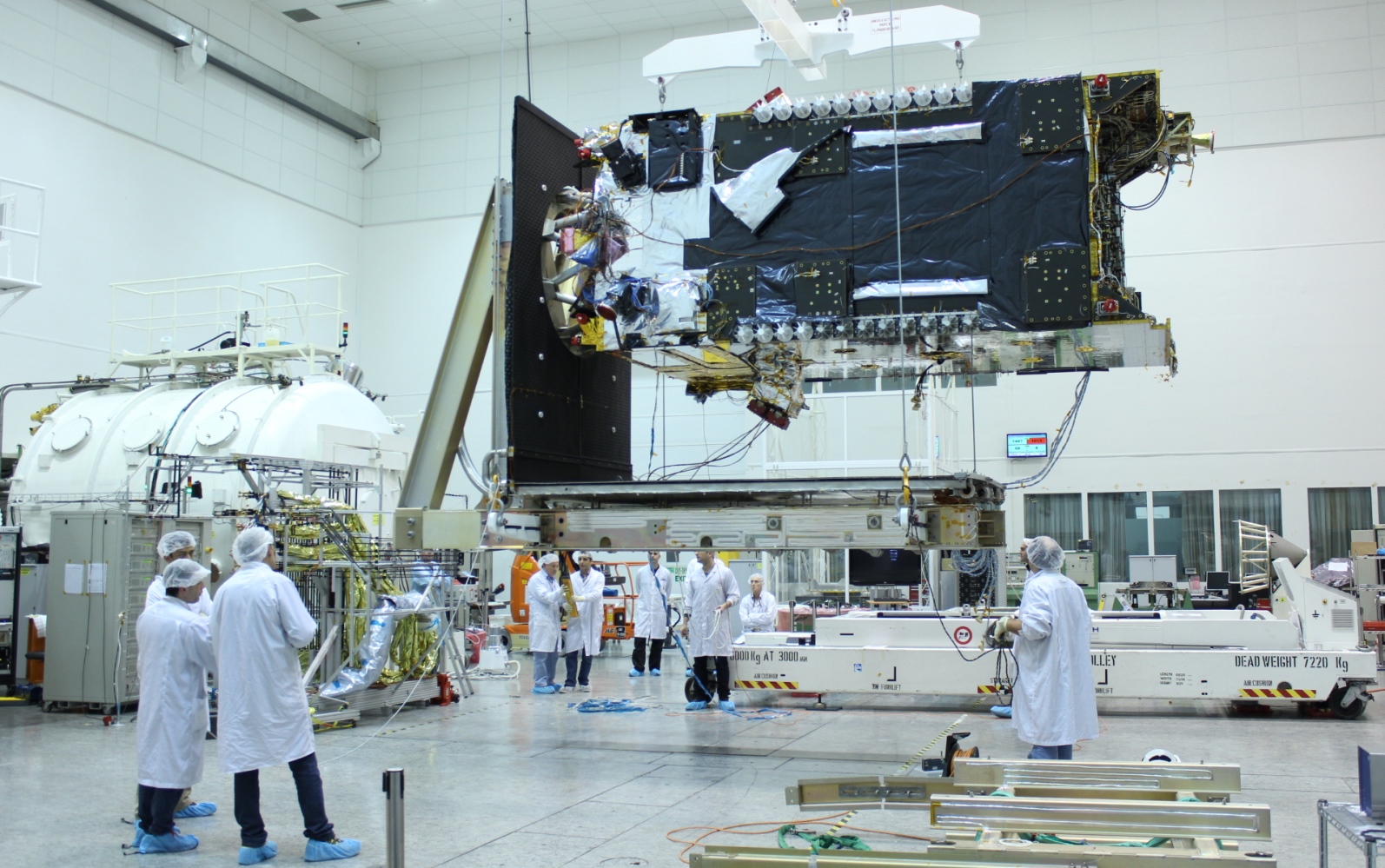 Gilat Satellite Networks, headquartered in Petah Tikva with 20 offices and five R&D centers (including in Peru, Colombia, China and Bulgaria), specializes in consumer broadband, enterprise, cellular and mobility applications for commercial, public-safety and defense uses. Overmore than 25 years, Gilat has shipped a million connectivity products to enterprises, service providers and operators in more than 90 countries.