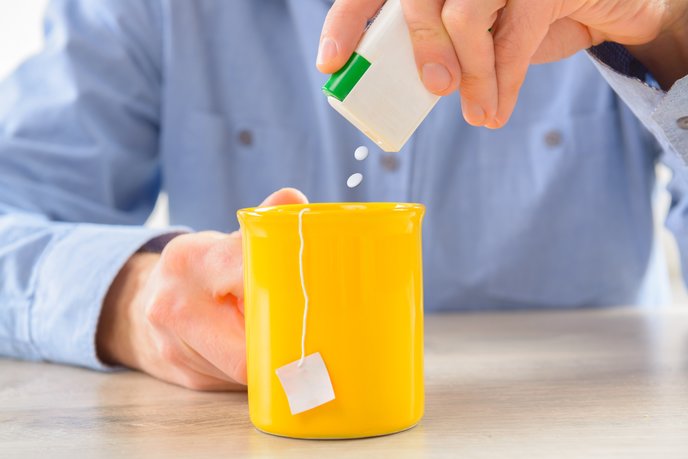 Rethink what you’re putting in your coffee. Image via Shutterstock.com

Rethink what you’re putting in your coffee. Image via Shutterstock.com

Hey, you always knew those artificial sweeteners were too good to be true.

Artificial sweeteners, promoted as aids to weight loss and diabetes prevention, could actually hasten the development of glucose intolerance and metabolic disease, said Dr. Eran Elinav of the Weizmann’s Immunology Department, who oversaw the study with Prof. Eran Segal of the computer science and applied mathematics department. 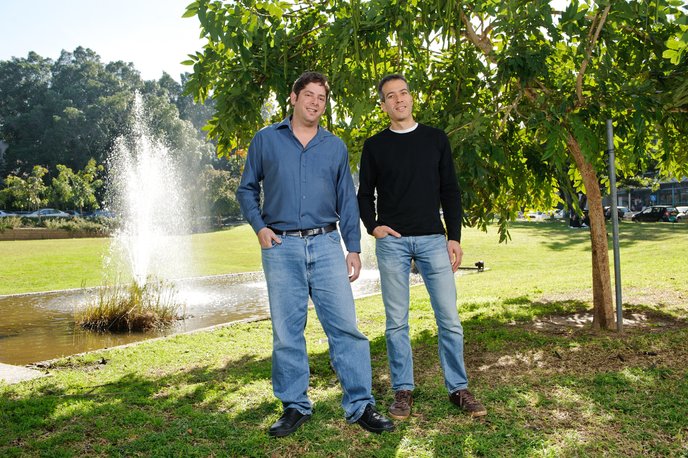 In fact, their experiments in mice and humans found that the widespread use of artificial sweeteners in drinks and food may be contributing to the obesity and diabetes epidemic sweeping much of the world.

When the scientists gave mice water laced with the three most commonly used artificial sweeteners – in the equivalent amounts to those permitted by the US Food & Drug Administration (FDA) — the mice developed glucose intolerance. Repeating the experiment with different types of mice and different doses of the sweeteners produced the same results.

Glucose intolerance, the first step on the path to metabolic syndrome and adult-onset diabetes, is generally thought to occur when the body cannot cope with large amounts of sugar in the diet.

The Israelis revealed that artificial sweeteners such as saccharin, sucralose and aspartame cause glucose intolerance in a surprising way, by changing the composition and function of the bacteria normally residing in our intestines.

For years, researchers have been puzzling over the fact that non-caloric artificial sweeteners do not seem to assist in weight loss, and some studies have suggested they may even have an opposite effect.

Weizmann graduate student Jotham Suez, with Tal Korem, David Zeevi, Gili Zilberman-Shapira and other graduate students, discovered that artificial sweeteners — even though they do not contain sugar — have a direct effect on the body’s ability to utilize glucose.

Their hypothesis was that because the body doesn’t recognize these substances as food, intestinal bacteria might be reacting to them in a way that causes harm. Indeed, they proved that artificial sweeteners pass right through the gastrointestinal tract, encountering trillions of bacteria on their way.

When they treated mice with antibiotics to eradicate many of their gut bacteria, there was a full reversal of the artificial sweeteners’ effects on glucose metabolism.

Transferring the microbiota from mice that consumed artificial sweeteners to “germ-free” mice resulted in a complete transmission of the glucose intolerance into the recipient mice. This was conclusive proof that changes to the gut bacteria are directly responsible for the harmful effects to their host’s metabolism.

The group even found that incubating the microbiota outside the body, together with artificial sweeteners, induced glucose intolerance in the sterile mice. Their bacterial populations underwent significant changes, making them more prone to obesity, diabetes and complications of these problems in both mice and humans.

Of mice and men

To determine if the same process happens in humans, Elinav and Segal and their colleagues checked data collected from their Personalized Nutrition Project, the largest human trial to date to look at the connection between nutrition and microbiota.

They uncovered a significant association between self-reported consumption of artificial sweeteners, personal configurations of gut bacteria and the propensity for glucose intolerance.

Next, they conducted a controlled experiment, asking a group of volunteers who did not generally eat or drink artificially sweetened foods to consume them for a week and then undergo tests of their glucose levels as well as their gut microbiota compositions.

Many, but not all, of the volunteers began to develop glucose intolerance after just one week of artificial sweetener consumption. The researchers discovered two different populations of human gut bacteria – one that induced glucose intolerance when exposed to the sweeteners and one that was not affected – and therefore each individual’s reaction could differ.

“The results of our experiments highlight the importance of personalized medicine and nutrition to our overall health,” said Segal. “We believe that an integrated analysis of individualized ‘big data’ from our genome, microbiome and dietary habits could transform our ability to understand how foods and nutritional supplements affect a person’s health and risk of disease.”

Elinav added that this new evidence linking artificial sweeteners to a tendency to develop the very disorders they were designed to prevent “calls for reassessment of today’s massive, unsupervised consumption of these substances.”