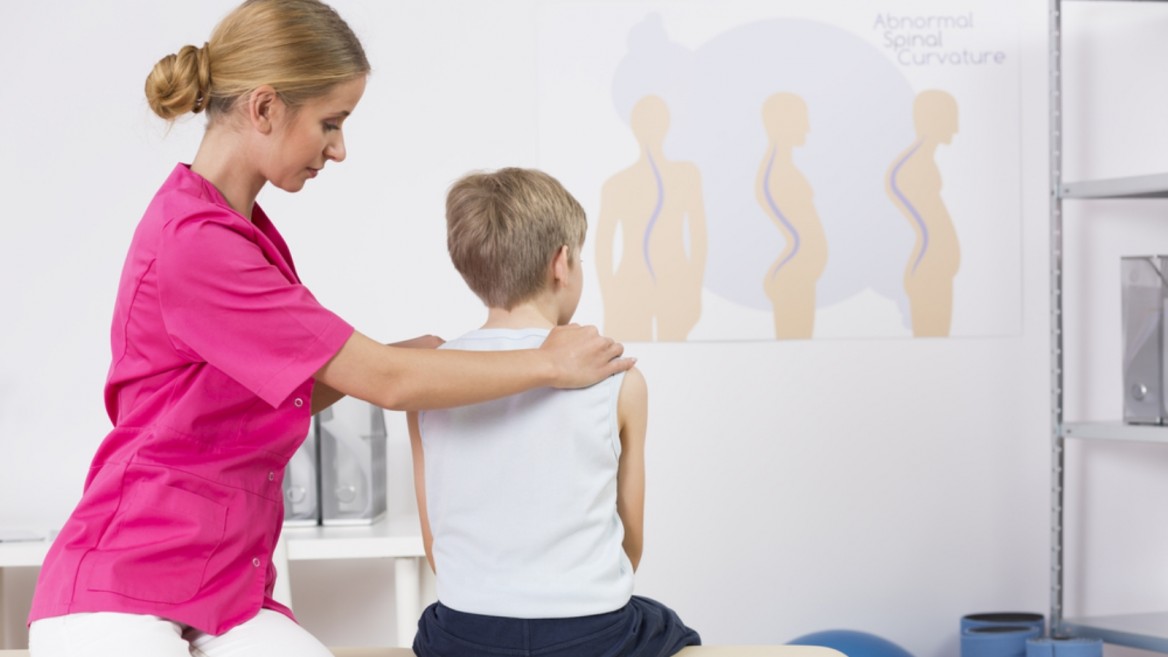 About 40,000 people undergo surgery for scoliosis correction in the US every year. Image via Shutterstock.com

An internal brace for adolescent scoliosis from Israel’s ApiFix has continued to generate inquiries from readers since ISRAEL21c first wrote about its development in April 2012.

As of the end of 2016, the ApiFix device has been used on 110 patients in Israel and in eight European countries — Germany, France, Holland, Greece, Italy, Hungary, Romania and Poland – and is getting closer to approval by the US Food and Drug Administration (FDA), says CTO Uri Arnin.

“There is significant interest from other places as well, and I believe in coming years we will start marketing in additional countries,” Arnin tells ISRAEL21c. “We have our main patent approved in Europe, China, Japan and Russia so far, and another patent approved in the United States.”

Based at the Trendlines Group in Misgav, northern Israel, ApiFix is completing a Series B $5 million investment round led by the multinational European company B. Braun, which invested $2.8 million.

Scoliosis surgery, normally an invasive four- to six-hour procedure costing about $100,000 in the United States, uses 16 to 20 screws and results in significant permanent spinal stiffness.

ApiFix’s Israeli-made titanium implant needs only two screws to secure it in place during a one-hour, minimally invasive procedure and allows the patient to maintain most of the flexibility of the spine. Approved for use in adolescent idiopathic scoliosis over 40 degrees, the implant corrects the curve gradually over several months.

“One of the limits of the technology to correct scoliosis today is the need to make a correction in one surgery,” says Arnin, a medical devices designer who developed ApiFix’s implant with Dr. Yizhar Floman, a leading Israeli spine surgeon.

Floman believes ApiFix can become the standard for up to 60 percent of adolescent scoliosis patients needing surgical treatment.

“Conventional surgery addresses only the bony part of the spine but ignores the soft tissues, ligaments and muscles that take time to become flexible,” Arnin explains. 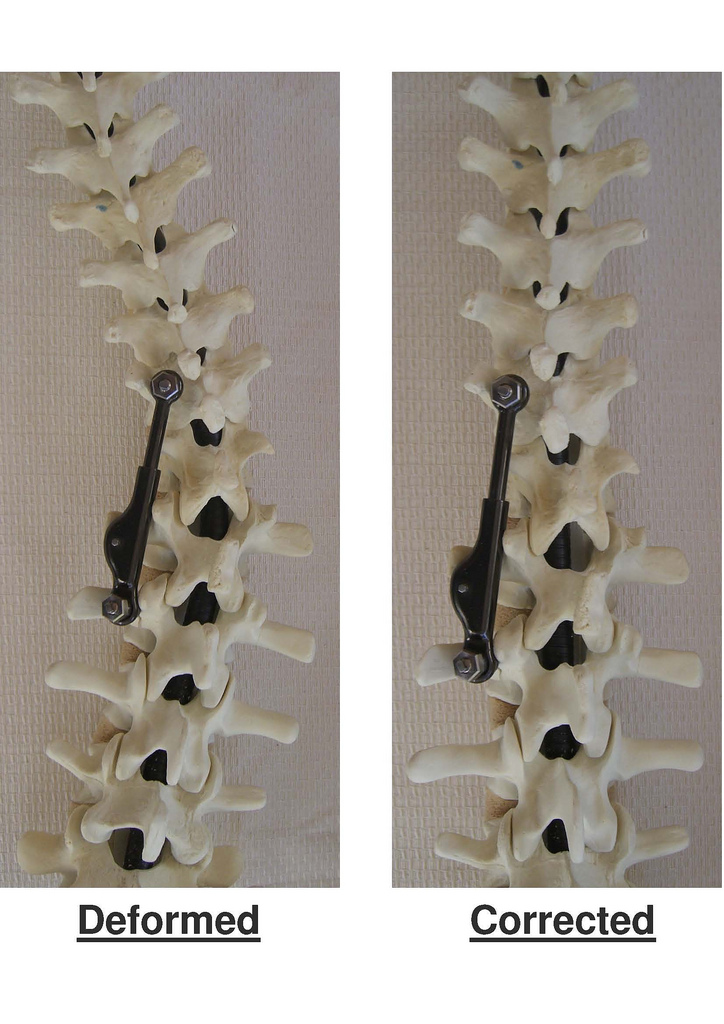 The ApiFix implant allows for incremental correction of the curvature by relaxing and realigning the ligaments and muscles surrounding the spinal column. Photo: courtesy

The ApiFix implant relaxes and realigns these soft tissues over a period of days or weeks via exercises the patient does at home.

A patented control mechanism enables the surgeon to lock or unlock the rod via a needle procedure to allow for incremental corrections.

The device is geared to adolescents from age 10 to 18, a period of rapid growth when the curvature develops. The spinal curve of young patients is easier to manipulate and the bone strength is much better than in older patients, Arnin explains.

ApiFix will file for FDA approval early this year, and Arnin says the review process will take several months. “We hope in about a year from now we’ll have FDA approval.”

ApiFix is growing to six full time employees, including a new CEO. Following the fresh investment, Arnin hopes to double that number.

He believes his device is advancing the field of spinal medical technology, which has not seen much growth in the past years. “There is almost no sophisticated technology available, and I think a project such as ApiFix can contribute a lot to the standard of care,” says Arnin.