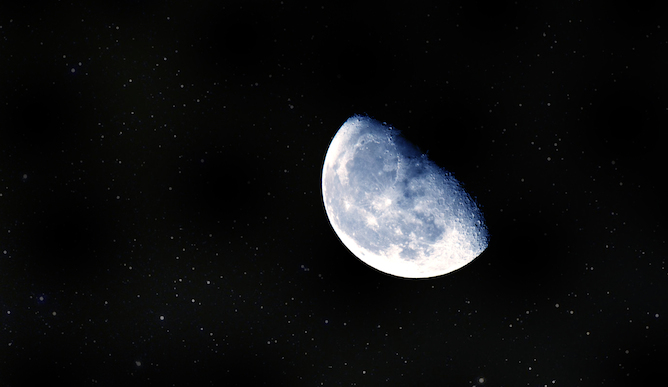 One step closer to understanding the Moon. Photo by www.shutterstock.com

One step closer to understanding the Moon. Photo by www.shutterstock.com

An Israeli-French research collaboration has jolted the world’s science community with news refuting a long-held theory about the origin of the Moon.

For over 30 years, scientists believed the moon formed from the debris of a small planet that collided with the Earth. Now, researchers from the Technion Institute of Technology and Nice University say the Earth and Moon are “like twins” and that the reason rocks from the Earth and Moon are of almost identical make-up is because they came into being at similar times.

The new research was recently published in Nature. The team was led by post-doctoral researcher Dr. Alessandra Mastrobuono-Battisti and her adviser Assistant Prof. Hagai Perets from the Technion, in collaboration with Dr. Sean Raymond from Nice University.

“Many models for the Moon origin were suggested by scientists, but since the 1980s the scientific community has been focusing on the most promising model—the so called ‘giant impact’ paradigm,” Perets told Phys.org. “According to this model, the Moon was formed following a collision between a small Mars-like planet (usually called Theia) and the ancient Earth. Some of the debris from the collision fell back to Earth, some was scattered far into space and the rest went into orbit around the Earth. This orbiting debris later coagulated to form a single object: the Moon.”

Perets told Nature that the composition of the Moon and Earth “are almost identical.”

As part of the study, the scientists analyzed data from a computerized simulation of 40 “solar systems” to check the likelihood of chemical similarities after collisions between stars and the bodies with which they collide.

Earth is believed to have come into being about 4.5 billion years ago, and now the researchers say the Moon came into being not long after.

In their new research paper, the scientists explained the relatively small differences between rocks on Earth and on the Moon.

“In terms of composition, the Earth and Moon are almost twins, their compositions differing by at most few parts in a million,” Mastrobuono-Battisti told Space.com. “In other words, Theia and Earth were formed in the same region, and have therefore collected similar material. These similar living environments also led them eventually to collide; and the material ejected mostly from Theia, ultimately formed the Moon. Our results reconcile what has been perceived as a contradiction between the process whereby Moons are formed (from matter from the impacting body) and the similarity between Earth and the Moon.”

“The Earth and the Moon might not be twins born of the same body,” Perets tells Phys.org, “but they did grow up together in the same neighborhood.”