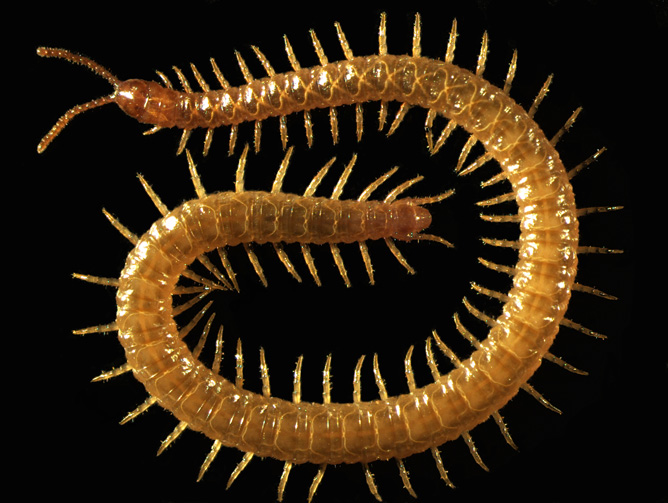 Strigamia maritima centipede reveals how life evolved on our planet.

An international collaboration of scientists including Prof. Ariel Chipman at the Hebrew University of Jerusalem, has completed the first genome sequence of a myriapod – a scary venomous centipede – that gives new insight into how life developed on our planet.

Over 100 researchers from 12 countries took part in the project.

Centipedes are members of the arthropods, a group with numerous species including insects, spiders and other animals. Until now, the only class of arthropods not represented by a sequenced genome was the myriapods, which include centipedes and millipedes. The scientists set out to sequence the genome of the centipede, Strigamia maritima, because its primitive features could help the field understand more complex arthropods.

“The arthropods have been around for over 500 million years and the relationship between the different groups and early evolution of the species is not really well understood,” said Chipman, senior co-author of the study and project leader at the Hebrew University of Jerusalem’s Alexander Silberman Institute of Life Science. “We have good sampling of insects but this is the first time a centipede, one of the more simple arthropods – simple in terms of body plan, no wings, simple repetitive segments, etc. — has been sequenced. This is a more conservative genome, not necessarily ancient or primitive, but one that has retained ancient features more than other groups.”

“This is the first myriapod and the last of the four classes of arthropods to have its genome sequenced,” said Dr. Stephen Richards, assistant professor in the Human Genome Sequencing Center at Baylor College of Medicine. “Arthropods are particularly interesting for scientific study because they diverged into more species than any other animal group as they adapted in many ways to conquer the planet. The genome of the myriapod in comparison with previously completed genomes of the other arthropod classes gives us an important view of the evolutionary changes of these exciting species.”

Chipman said the genetic data reveal how creatures transitioned from their original dwelling-place in the sea to living on land. 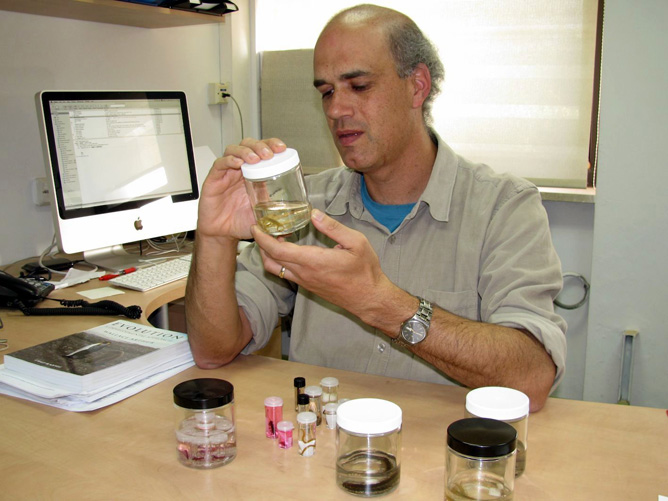 Prof. Ariel Chipman: This teaches us about how evolution works and how things change, how things can be conserved and others lost.

“This teaches us about how evolution works and how things change, how things can be conserved and others lost,” said Chipman. “In general, this just gives us a better understanding of biology and how it works over long periods of time.”

The study was published in the journal PLOS Biology.

According to Chipman, the research will have applications for other researchers ranging from conservation to dealing with crop pests.