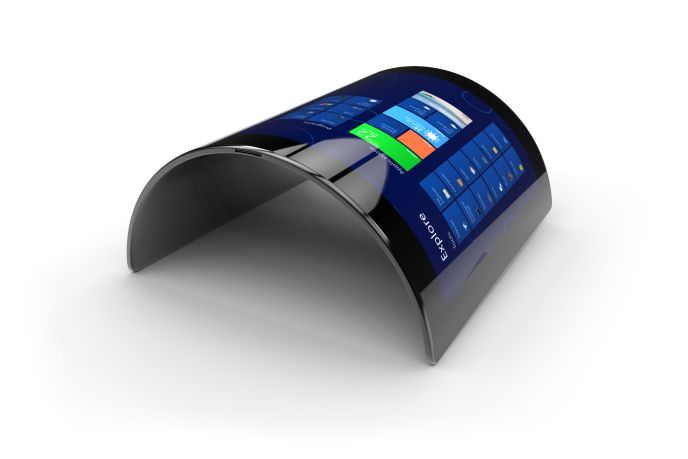 Israeli nanotechnologists have invented a protein-based material that could be made into thin, transparent, and flexible screens for smartphones, computer monitors, tablets, televisions and other devices, according to a study published in March, in Nature Nanotechnology.

Their experiments suggest that a novel DNA-peptide structure can satisfy the demand for greater portability, providing a screen that can easily be rolled up and put away, rather than requiring a flat surface for storage and transportation.

“It is flexible, and a single layer emits the same range of light that requires several layers today. By using only one layer, you can minimize production costs dramatically, which will lead to lower prices for consumers as well.”

Peptides and DNA, two basic building blocks of every living cell, form the basis of bio-nanotechnology solutions for novel technologies possessing properties unmatched by inorganic materials such as plastic and metal.

“Our lab has been working on peptide nanotechnology for over a decade, but DNA nanotechnology is a distinct and fascinating field as well. When I started my doctoral studies, I wanted to try and converge the two approaches,” said Berger.

“In this study, we focused on PNA — peptide nucleic acid, a synthetic hybrid molecule of peptides and DNA. We designed and synthesized different PNA sequences, and tried to build nanometric architectures with them.”

Using methods such as electron microscopy and X-ray crystallography, the researchers discovered that three of the molecules they synthesized could self-assemble, in only a few minutes, into ordered structures.

These structures resembled the natural double-helix form of DNA, but also exhibited peptide characteristics — a unique molecular arrangement that coincidentally turned out to radiate light in every color.

“Once we discovered the DNA-like organization, we tested the ability of the structures to bind to DNA-specific fluorescent dyes,” said Berger. “To our surprise, the control sample, with no added dye, emitted the same fluorescence as the variable. This proved that the organic structure is itself naturally fluorescent.”

Their material emits all the colors in one pliable pixel layer, as opposed to the several rigid layers that constitute today’s screens, and as opposed to other fluorescent materials that shine only in one specific color.

More over, the structure was found to give off light also in response to electric voltage, which makes it a perfect candidate for opto-electronic devices such as display screens.

The researchers are currently building a prototype of the screen and are in talks with major consumer electronics companies regarding the technology.

The study was funded by the Momentum Fund of Ramot, TAU’s technology-transfer company, which also patented the new technology.

UNCOVER ISRAEL - Get the ISRAEL21c
Weekly Edition free by email
Sign Up Now!
Bring Israel's story to life.
Millions of people around the world rely on us to gain a deeper understanding of Israel. We are the trusted source for original content you won't find anywhere else.
You can make a difference. Donate today to support journalism that brings Israel’s story alive.
SUPPORT ISRAEL21c
Read more on:   naturally fluorescent material, screens that roll up, flexible screens, Tel Aviv University, Technology, Israeli technology