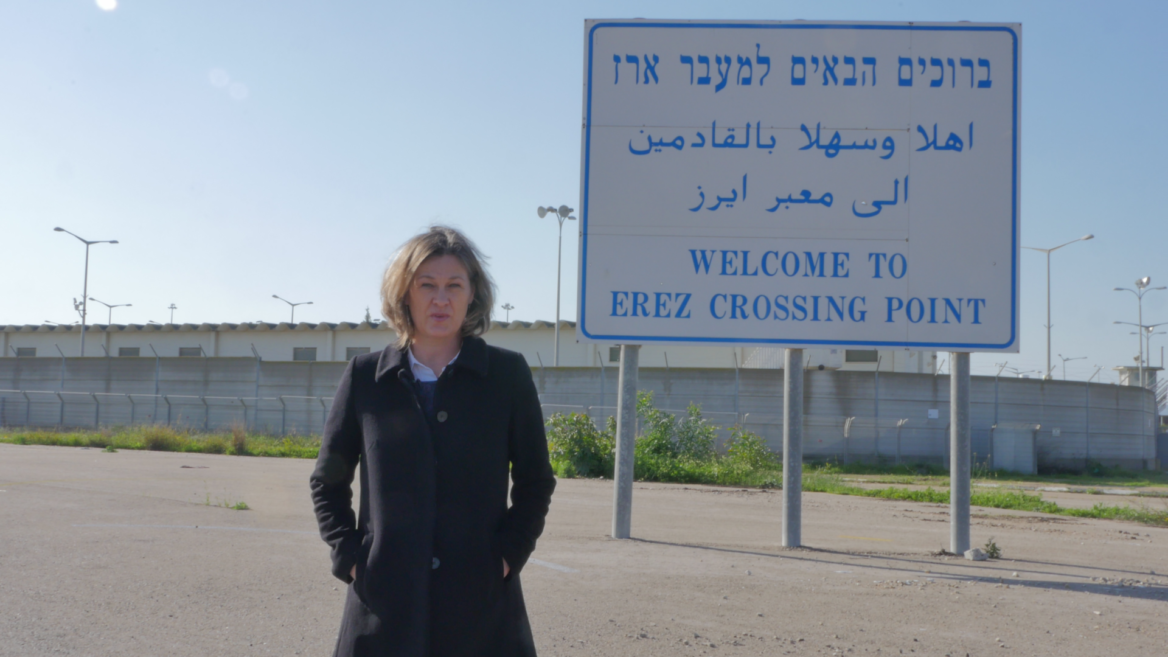 ISRAEL21c Editor and Israel Director, Nicky Blackburn, on assignment on the border with Gaza in January this year. Photo courtesy

ISRAEL21c is a news site based in Israel I proudly contribute articles to, and one of the organizations whose mission of spreading the Startup Nation ethos I 100% support. Which is why I’m excited to interview Nicky Blackburn, who is the Editor and Israel Director of ISRAEL21c. She has worked extensively as a journalist and editor both in Britain and Israel for a range of national and international publications including The Cambridge Evening News, London News, Travel Weekly, Israel High Tech Investor, and The Times of London. She was the Associate Editor at LINK Israel’s Business and Technology Magazine, and the High-Tech Correspondent for The Jerusalem Post. She has a master’s degree in English Literature and Creative Writing from Bar Ilan University.

What is something you learned about yourself during COVID?

When the corona crisis really started to hit Israel in February, March and April, it felt like the Wild West for reporters. As the weeks progressed, suddenly everyone had an idea, a solution, an innovation, that could help the world deal with corona, and we were bombarded with press releases, opinions, emails, reports – everyone had something to say, everyone had a solution that they thought could save the day.

There were so many reports coming out in the press that were unsubstantiated, or problematic because it was all developing so fast and so haphazardly that publications didn’t always have enough time to properly check what was being sent to them.

We had to sort through this chaos to find the stories and opinions that really mattered. You want to get stories out quickly, but you’ve got to check and verify everything first, and I’m really glad we did. There was a lot of nonsense coming out in those early months, and all it did was create so much noise and panic. People were scrambling for information, checking their news feeds constantly, everyone was so thirsty for answers. It was really an extraordinary time.

Being able to adapt to change is a fundamental necessity for a journalist, and in Israel we’ve experienced it time and time again during periods of conflict, so we are used to it, and ready, but we’ve never experienced it in such a sustained way or over such a long period.

When Israel first went into lockdown, we had to throw out most of the stories we had scheduled and start again, but this didn’t happen once, it happened again and again and again as circumstances changed so rapidly. It’s still happening even now. We also had to develop entirely new content formats that would suit this changing period.

So what did I learn about myself during this? That uncertainty and crisis is difficult and sometimes very unpleasant, and you have to fight not to get caught up in the noise, but that it also sparks enormous creativity. It forces change. It forces you to rethink and reappraise. And that’s a good thing.

What are you working on these days?

Our goal at ISRAEL21c has always been to bring the positive side of Israeli life to a wide audience. To tell the heartwarming stories about Israel’s people and innovation and show off a side of life here that generally doesn’t make it to the world’s press. This has always been very important, but during a pandemic it’s more important than ever.

We are being flooded with such distressing and disturbing news on a constant basis that it’s easy to think that this is the only thing happening right now. But it’s not. There are still so many wonderful things going on – so many people using their own experiences or pain to come up with significant innovations, or people helping each other, or going out of their way to do something unique that can impact the world.

We need more of these reports than ever. We need to hear these human stories of decency and goodness. So that’s what we are doing. That’s our focus.

We’re writing stories about the new developments emerging to diagnose and treat corona, about technologies that can make our lives easier as we battle the pandemic, we talk to experts about how we can make ourselves more resilient, about how to make life easier for our kids during this time. We show off the beauty here – not just of the country itself, but of the people. We cover quirky stories, things to make and do, we have videos that focus on fun and the humour of the situation.

Earlier this year, we launched a very popular new series of webinars showcasing Israeli experts on topics of general significance like the environment, what our future holds, and urban living. We plan to hold more in the coming months. We are also producing a constant stream of videos including one very moving video that is just about to come out on Save a Child’s Heart and the work they do with children from Gaza

If you come to our site, you will go away feeling better. And we all need that.

Lastly, we are continuing to develop our Digital Ambassador Program – this is a program we set up five years ago for college age kids in the US teaching them social media skills. It’s always been digital, so this year we were one of the few organizations that was able to keep this internship program running smoothly and without a hitch lockdowns or not. In fact it’s bigger than ever, and developing fast. 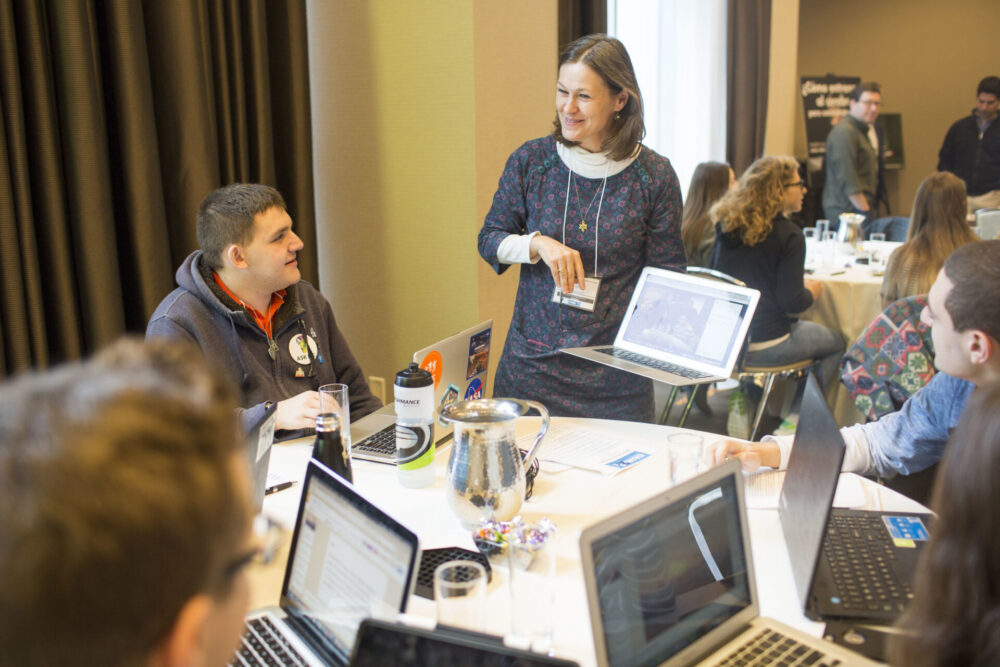 We are living in extraordinary times, where do you see Israel the Startup Nation in 5 years time?

When you live in Israel, you almost always live in extraordinary times. Since I arrived here in 1993, we have gone through so many extreme situations – peace deals, wars, missile attacks, the assassination of a Prime Minister – the difference is that now the whole world is going through an extraordinary time alongside us.

When I look ahead there are some trends that are definitely in development already – drones for example, AI, and bioconvergence. Corona has without a doubt hastened the speed at which we are embracing many new technologies – like home learning, video communications, etc.

But if I look back to what we saw developing five years ago, what’s interesting is that some trends were impossible to predict, because Israel reacts very quickly to changing needs. This is what I love about the Israeli tech world – it moves so fast. It’s so creative. Everyone is hunting for the next big thing, everyone is exploring and thinking, and trying out something new.

And there’s so much cross pollination. When you live in a small country, you simply can’t get too involved in a single niche – you have to work in different areas from your own specialty and this is what also brings so much richness and out of the box thinking to the tech world.

That isn’t going to change. The kids in the army now are already thinking about how they can transition the military technologies they are currently working on to the civilian world. The creativity that really makes Israel stand out, isn’t going to disappear. In five years’ time, Israel will have a rash of new startups that we can’t even predict yet.

One thing that does worry me, however, is what the current gap in education will mean in years to come. I have a child in high school, and the last six months have been an almost complete waste of time educationally. He won’t be going back to school any time soon either, but will be educated on Zoom alone.

When will this gap be filled? When will Israel help these kids catch up? Education has been a long running issue for Israel. There have been warnings that the startup nation can’t keep on at this pace unless something is done, but instead we’ve gone in the opposite direction. We do need to work on this.

Israelis seem to have this amazing ability to go through what is a pretty average educational system, and then get to university and excel. But what’s happening this year is extreme, and no-one seems to be addressing the issue.

What is the most interesting trend you’ve seen over the past 6 months?

Do you remember Y2K? The whole world worked itself into a tizzy about what would happen when computers had to change from the year 1999 to 2000 at the turn of the Millennium. People seemed to think airplanes would fall out of the sky, and the whole world would grind to a halt.

In the lead up to that, hundreds of tech companies in Israel and all over the world offered solutions that would help stop the coming computer apocalypse. Of course nothing of that sort happened and in the next year, all those companies had to pivot really fast to find another way to use their technologies, or face going under.

That’s what the last six months have been like. Every company with any sort of technology that could vaguely have some kind of use for corona, pivoted into that field. Medical devices, virus testing, mental health apps, air pollution apps – everyone pivoted to try to find a solution.

Pivot, pivot, pivot. That’s the biggest trend. What will be interesting to watch, is what will happen when we do get a working vaccine and it’s finally delivered to the population – will some of these companies have to pivot again?

What is the number one lesson the Startup Nation can teach the world today?

A couple of years ago I interviewed a young American aid worker who worked for the Israeli humanitarian aid organization, IsraAID. We were in Puerto Rico, where IsraAID had been working to help the population rebuild in the wake of Hurricane Maria, and I asked her what she liked most about working for an Israeli organization.

“They come in and get right to work,” she told me. “And they don’t take ‘no’ for an answer, whatever the process and whatever needs to be done. With tiny teams and a small organization we can still have massive reach.”

That’s Israel. People don’t take no for an answer. If you tell them it’s impossible, they just try harder. They are resilient, multi-disciplinary and they think outside the box. It’s exciting, exhausting and sometimes annoying, but it’s exactly what the world needs right now.