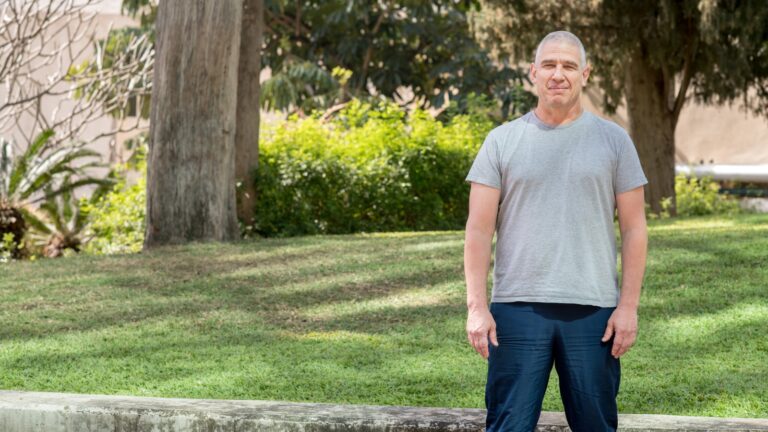 The body odor of their mates may be the problem for women suffering from unexplained repeated pregnancy loss (uRPL), according to a new study from the neurobiology lab of Prof. Noam Sobel at the Weizmann Institute of Science in Israel.

The study, published September 29 in eLife, found that women with uRPL process messages concerning male body odor – especially their spouse’s – in a different way than other women do.

These findings may point to new directions in the search for causes and prevention of this mysterious disorder.

Sobel and his team thought that some cases of uRPL could be related to a human variation on the Bruce effect, named after its discoverer Hilda Bruce, who found in 1959 that when pregnant mice are exposed to the body odor of a male that did not father the fetus, they will almost always abort. Why this occurs is not fully understood.

Could a similar effect occur in women? Ethical considerations obviously prevented the researchers from repeating the Bruce experiments in humans. The team instead sought circumstantial evidence.

The researchers presented study participants with three odorants: one extracted from a t-shirt worn by their spouse, and two from t-shirts worn by other men. They found that women with uRPL were able to identify their spouse by smell, while the control women could not.

When retested with ordinary odorants to see if those with uRPL simply had a better sense of smell overall, they tested only marginally better.

The ability of uRPL women to identify their spouse by smell was remarkable: In another part of the experiment, in which the women did not know what odors they would be smelling, “several of these women said ‘Oh, my husband’s in here,’” saidresearch student Reut Weissgross, who co-led the study. This never happened with the women in the control group.

Further testing suggested that these women may experience men’s body odor in a unique way. When asked to rate men’s scents on various scales, including standard scales for pleasantness and intensity, but also by such factors as fertility or sex appeal, the uRPL-affected women described and graded the smells much differently than did the control women.

In the final phase of the research, the experimenters used both structural and functional brain imaging to study these women. The structural imaging revealed that women with uRPL have smaller olfactory bulbs. The functional imaging showed the hypothalamus of these women has an increased response to men’s body odors. The hypothalamus is a brain region that participates, among other things, in coordinating pregnancy and overall hormonal regulation.

“It seems these losses of pregnancy may be ‘unexplained’ because physicians are looking for problems in the uterus, when they should also be looking in the brain, and particularly the olfactory brain,” says Weissgross.

Sobel, head of the Azrieli National Institute for Human Brain Imaging and Research, cautions: “Correlation is not causation, so our findings do not prove in any way that the olfactory system, or body odors, cause miscarriage. But our findings do point to a novel and potentially important direction for research in this poorly managed condition.”

The study was conducted in collaboration with Prof. Howard Carp, head of the uRPL clinic at Sheba Medical Center.