Mini capitals that stood at the top of the columns revealed in the Armon Hanatziv excavation. Photo by Shai Halevi/Israel Antiquities Authority

Among the soft limestone artifacts with decorative carvings are capitals of various sizes in the Proto-Aeolian architectural style — one of the most significant royal building features of the First Temple period. The importance of this artistic motif as a symbol representing the Kingdoms of Judah and Israel led the Bank of Israel to feature it on the five-shekel coin. 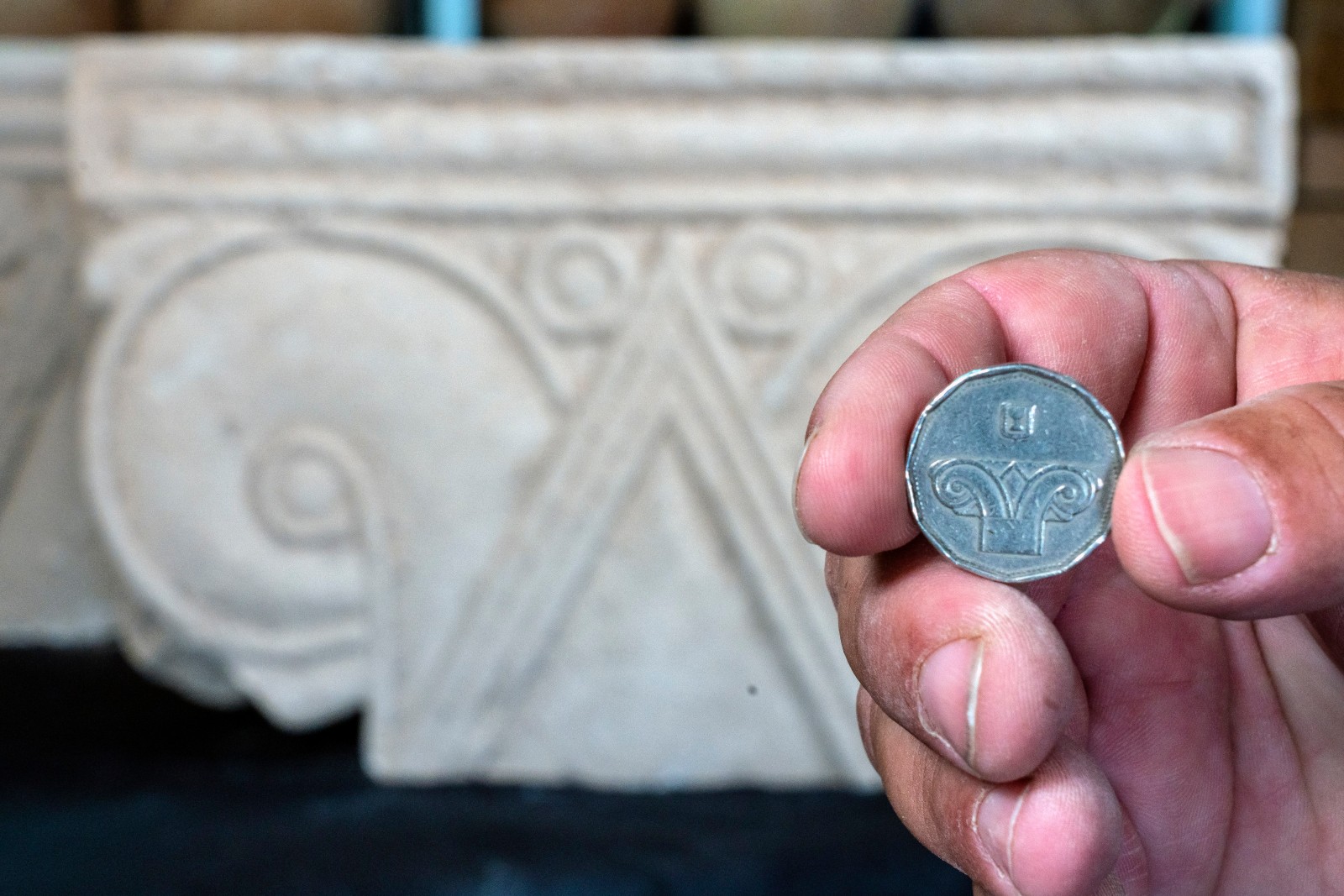 Five-shekel coin against the background of the capital discovered at Armon Hanatziv. Photo by Yaniv Berman/Israel Antiquities Authority

According to excavation director Yaakov Billig, the structure was built between the reigns of King Hezekiah and King Josiah, during the restoration of Jerusalem after the Assyrian siege of 701 BCE.

“This is a first-time discovery of scaled-down models of the giant Proto-Aeolian capitals, of the kind found thus far in the kingdoms of Judah and Israel, where they were incorporated above the royal palace gates,” said Billig. “The level of workmanship on these capitals is the best seen to date, and the degree of preservation of the items is rare.”

Simulation of the royal estate that stood in Armon Hanatziv. Illustration by Shalom Kveller/City of David Archives

Two of the three column capitals were found neatly buried, one on top of the other. “At this point it is still difficult to say who hid the capitals in the way they were discovered, and why he did so, but there is no doubt that this is one of the mysteries at this unique site, to which we will try to offer a solution,” Billig added. 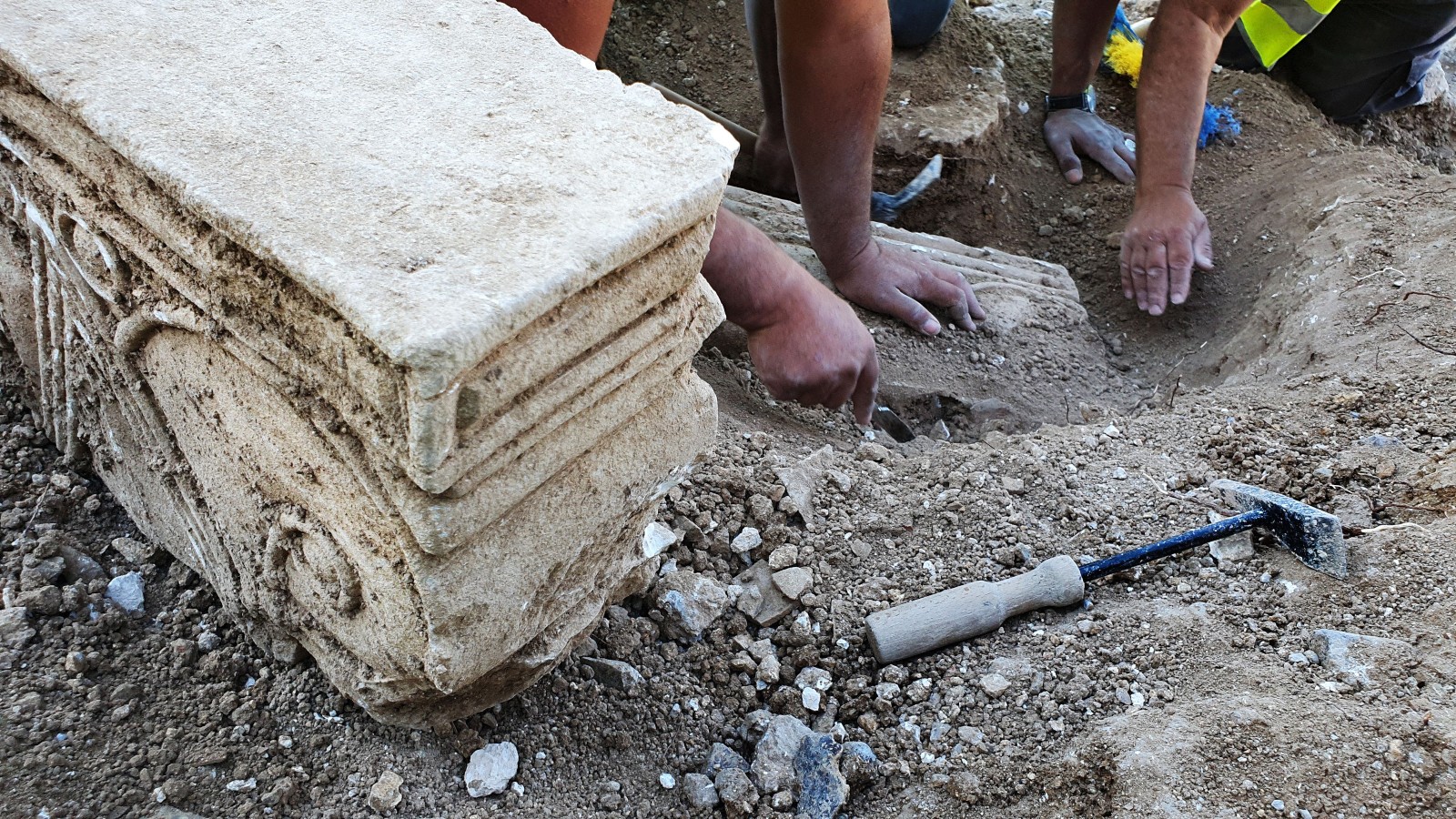 The rest of the building was demolished, probably in the Babylonian destruction of Jerusalem in 586 BCE.

Some 2,600 years later, the British Mandatory administration built its central seat of government at the site. A few decades later, the Armon Hanatziv Promenade was built there, affording a spectacular view of the City of David and the Temple Mount.

The excavation’s findings will be displayed temporarily at the City of David, and will be discussed at the online Megalim archeology conference, September 8.