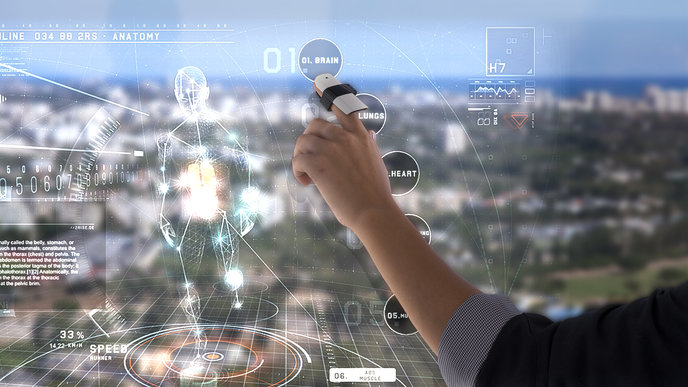 Four years ago, investors rejected Rami Parham’s concept of a wearable device for interacting with one’s digital environment based on finger movement sensing. But he didn’t give up, and when the wearable technology wave  hit in 2013, Parham’s MUV Interactive  was in the right place at the right time.

In June, MUV will start shipping its ring-like Bird to the few thousand customers who pre-ordered the revolutionary wearable. Later on, MUV will launch Sphere, a device that is installed on the ceiling (like a light bulb) to project content from connected devices onto any surface via touch, motion and voice.

Coupled with Bird, Sphere will enable users to answer the phone by tapping on a chair, or watch TV on a kitchen counter, heralding a new way of living enhanced by the Internet of Things (IoT).

“This startup can turn your sofa into a smartphone,” predicted Bloomberg Business. While, Gartner listed the Israeli company as a “Cool Vendor in Human-Machine Interface.” 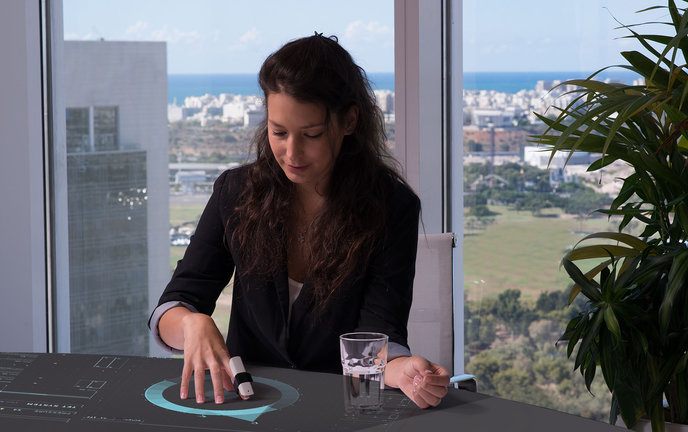 With Bird and Sphere, you can interact digitally on any surface.

“So many people told us this was impossible,” Parham tells ISRAEL21c. “In 2011, VCs didn’t understand why we’d want a wearable solution. Maybe I could have quit and moved on, but then the wearable era started and the biggest companies got into it, so I was the first to get funded because I already had the patent. Those same VCs are now in open negotiations with us to invest in the company.”

The 29-year-old CEO likens his invention to a new-age mouse to control every device you own.

“Bird can actually sense what your fingers are doing, where you are in the room exactly, and where you’re pointing right down to resolution of a pixel, so we can enable you to touch any of your devices remotely, turning any display into a touch screen,” Parham explains. “You only need this one simple Bluetooth-connected device to enable the entire spectrum of interaction.”

Israeli companies have played a major role in developing the sensors that power today’s games and gadgets. Companies such as PrimeSense  and Omek Interactive enjoyed multimillion-dollar buyouts for their optical sensor technologies.

Parham and his team of 30 developers spent two years figuring out how to pack a variety of sensors inside a single device, making Bird a veritable magic wand.

“We worked with a lot of development affiliates in optics, electro-optics, wireless communication, imaging, signal processing and algorithms,” he says. “There is a huge amount of software involved. The product sends us tens of thousands of numbers every second, and we need to transform those numbers into actions.

“Plus, the device has to be made with biocompatible products and be elastic enough to fit all finger sizes. That was a major challenge in the development process.”

Parham, a software developer with an industrial design and management degree from the Technion-Israel Institute of Technology and a lifelong interest in programming interactive robots and games, built the initial proof-of-concept prototype with partners including his brother Robert, a former captain in the IDF intelligence corps and product manager at Microsoft and IBM.

MUV Interactive has raised $2.5 million from investors through the OurCrowd  funding platform.

“MUV seems like science fiction straight out of Tom Cruise’s Minority Report, yet it’s real,” Jerusalem-based OurCrowd CEO Jon Medved tells ISRAEL21c. “MUV will turn every surface into a touchable interactive screen, and this will bring us fast forward towards the future.”

The company won additional funds from an Israeli VC and an Asian VC, as well as the Office of the Chief Scientist of the Israeli Ministry of Economy. “We are now in discussions with VCs and partners for the next round,” says Parham. 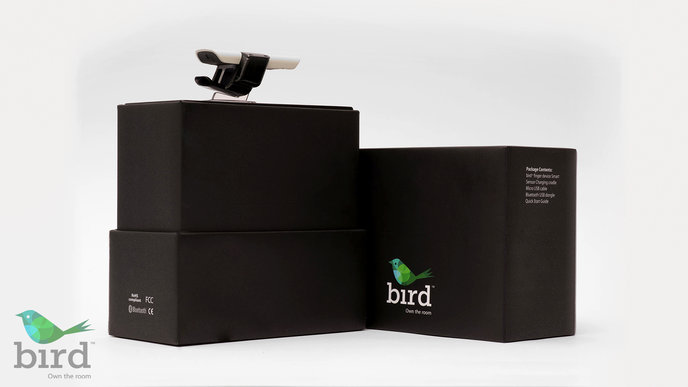 Bird will begin shipping in June.

Competing devices are already in development, especially in Asia, but the Israeli innovation is first in market, says Parham.

He’s been traveling around the world introducing Bird to potential markets. In September, he demonstrated the device to 70,000 television professionals, video and digital film specialists and TV managers at Amsterdam’s annual International Broadcasting Convention. In January he demonstrated its capabilities to educators in London for Bett 2015, the world’s leading learning technology event. A teacher wearing a Bird device on her finger could interact with students from anywhere in the classroom, while simultaneously controlling content projected on any surface.

Coming up, Parham will showcase Bird at additional gatherings including the InfoComm in Orlando this June for AV pros, tech managers, integrators and manufacturers.

“Our market traction is amazing,” he reports. “Every channel, brand or OEM we’ve approached is interested in working with the product. We’ve hit some deep need.”