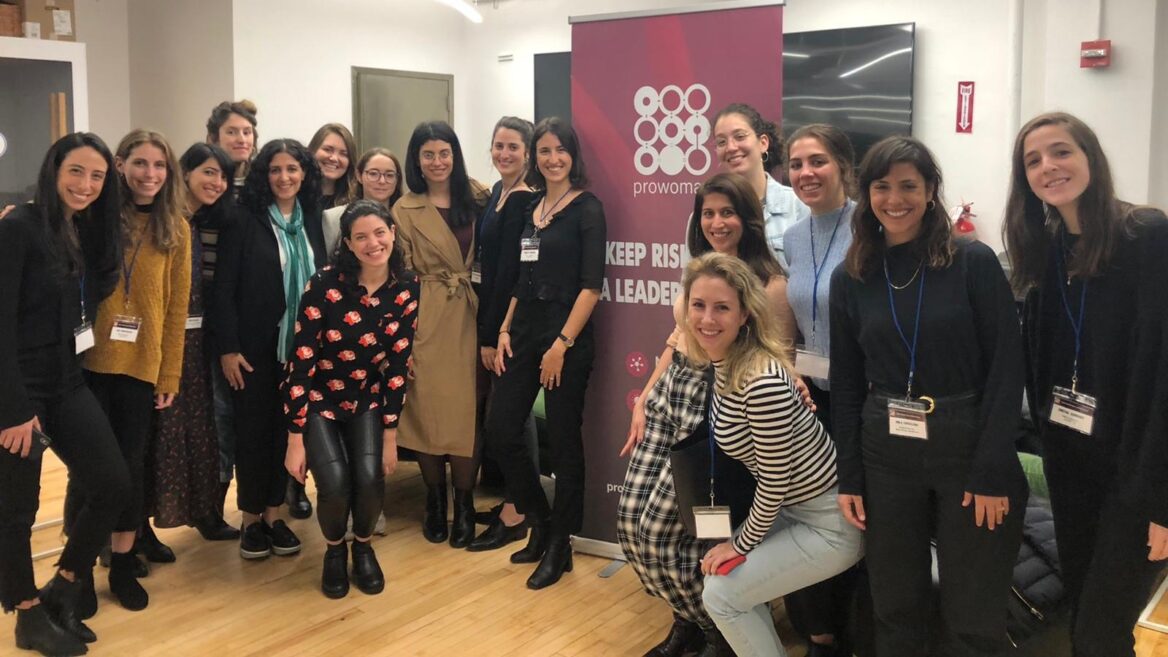 “No matter how much people tell us we are special or smart, the biggest glass ceiling is the one inside ourselves and we need to break it.”

As a student about to enter the business world, Shanny Harel wondered: Is it really possible to build a successful career and a happy family at the same time?

The question was sharpened when a prominent businessman spoke at her college, IDC of Herzliya. He didn’t mention his family life.

“I wanted to hear how he balanced his business with his children. And I needed to see more women telling their success stories,” she tells ISRAEL21c.

“I didn’t have role models in my life who had both career and family. My goal became giving access to their stories and to information that gives women the feeling that they can do it all.”

She only understood just how big the need was after organizing the first event of what eventually became the ProWoman nonprofit organization. 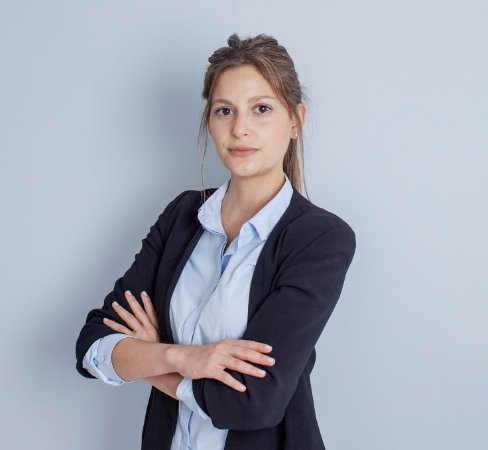 Founded in 2012, ProWoman runs a semester-long program for groups of 30 female students in 12 Israeli colleges and universities.

Participants get guidance, meetings, workshops, one-on-ones and networking opportunities with women in senior positions across the business, public and nonprofit sectors.

This approach helps distinguish ProWoman from female mentoring and empowerment programs focused on specific sectors, such as high-tech.

Another unique aspect, explains Harel, is “meeting young women at the most critical stage of their lives, usually before starting a family and building a career, in order to provide them with a variety of feminine models of success and practical tools that will help them in their careers.” Linoy Katzav went to the first program in hopes of hearing practical advice on the work-life balance.

“Afterwards, I went to Shanny and said I want to be part of it and bring it to other women,” she tells ISRAEL21c.

Together they organized additional presentations at IDC. Two years later, they started the ProWoman Alumni Association. The initiative took shape and expanded to other Israeli campuses.

Katzav recently moved to New York to work at a startup. She launched a ProWoman chapter there because the organization “has given me so much inspiration for creating my career.”

ProWoman’s new CEO, Daniela Kahat, plans to add another three Israeli institutes of higher education to the roster, and hopes to beef up the budget to compensate the women who give their time to the organization without charge.

“Linoy and Shanny managed in eight years to do amazing things on a thin budget. Today we have over 1,100 alumnae and 300 motivational speakers — women in high positions across Israeli industries,” she says.

“We have been approached by people in places like England, Greece and Switzerland who want to open branches,” adds Kahat.

She explains that the old notion of feminism “was to become more like a man to succeed. The way that Shanny and Linoy have approached the subject is really a healing process for this outlook. It’s important to succeed in your career but to balance all parts of your life and not ignore any of them.”

Kahat also notes that the feminist movement still hasn’t achieved one of its core goals: salary parity. “For 40 years we’ve been saying things are getting better but they’re not good enough. Women still earn 30 percent less than men. And as you go up in the hierarchy of any business there are fewer women. We need to change that.”

Harel says ProWoman is critically timed to meet students on the threshold of starting families and careers.

“It’s a point where women and men are equal in number but three years later you see a drop of 17% [among women] because that’s the time women are starting to get married and have children and feel a need to juggle,” she says.

“We come a step before, at the point where they need guidance. Where they can ask anything and share their fears, ambitions and dreams. And three years later, when they face a lot of those concerns, they remember ProWoman as a place that gave them tools to deal with the situation. The women know they are not alone.”

ProWoman group at Ben-Gurion University of the Negev. Photo: courtesy

Eight years into the program, about one-quarter of ProWoman alumni have become mothers, Harel notes.

About half of the ProWoman community is comprised of women from marginalized communities such as ultra-Orthodox, Israeli Ethiopian, LGBT, Arabs and Bedouins, and periphery regions of Israel.

Harel recalls a Ben-Gurion University graduate from Beersheva who posted on the closed Facebook group for ProWoman alumnae that her dream was to work for the Ministry of Finance.

“It took five minutes until another alumna, who works in the Finance Ministry, answered her and said ‘Send me your CV.’ A month later she started working there in a junior position. When the corona pandemic started, she was assigned to a special department to handle needs of people out of work. Her boss recently left, and she became head of the department after only a year.”

The support of the ProWoman alumnae community can give a young woman the resources and confidence to change her career direction, adds Harel, who recently cofounded The Nopo online marketplace for handmade crafts, with business partner Kelly Roth.

“No matter how much people tell us we are special or smart, the biggest glass ceiling is the one inside ourselves and we need to break it.”

Katzav knows these issues affect women everywhere. But when she spoke with female university students in New York, she learned that they already had supportive programs available.

The four-month program is starting its second cycle, offered online due to the Covid situation. This makes it accessible to women outside of New York as well.

“We aim to be an international organization, to connect women from all over the world,” says Katzav.