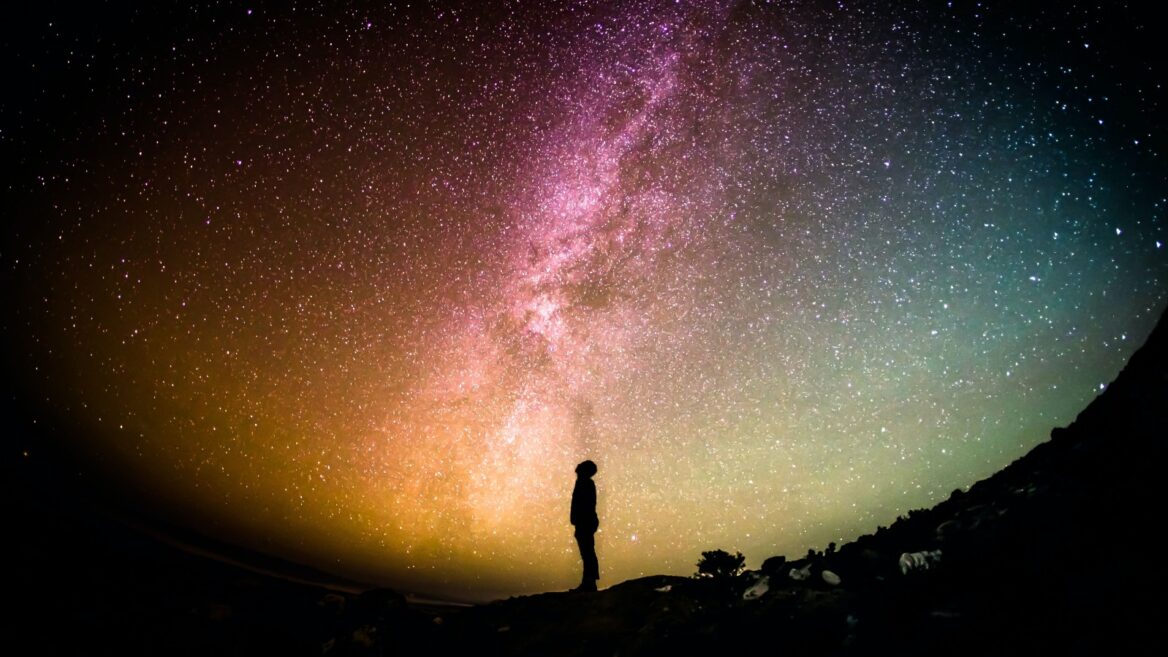 Photo by Greg Rakozy on Unsplash

“We are not able to say that the contribution of man to global warming is exactly this or that. If we had that data in our hands, all the countries of the world would more likely reach a consensus about what to do.”

It’s World Space Week. And although Prof. Paul Kamoun is on Planet Earth, heading the space technology and remote sensing laboratory at Jerusalem College of Technology, his gaze has drifted upward for the past 40 years.

With a PhD in earth and planetary sciences from the Massachusetts Institute of Technology, the French-born Kamoun worked on more than 150 projects with US space agency NASA, European space agency ESA and French space agency CNES. 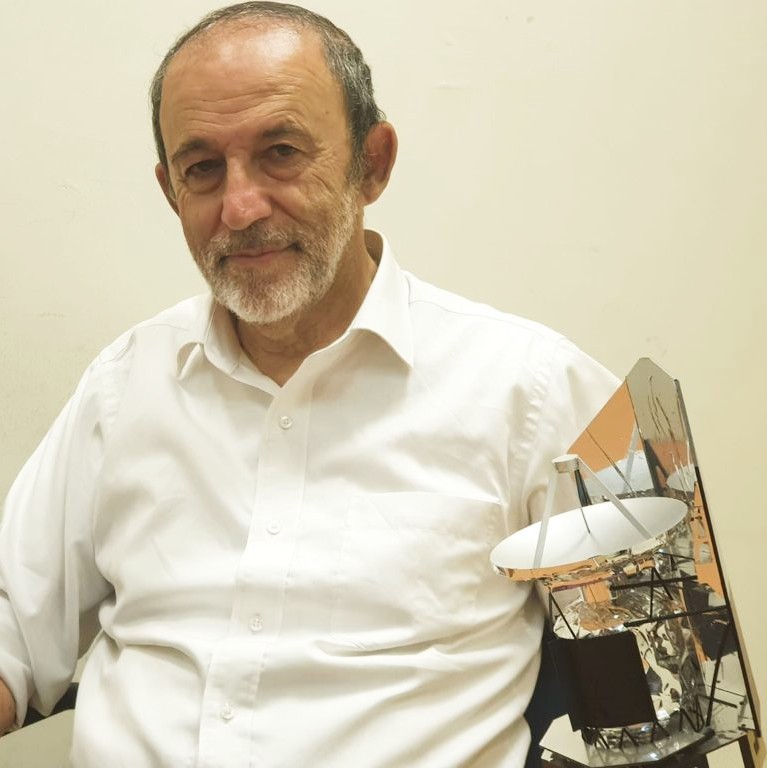 He was an independent telecommunications consultant for the privately funded SpaceIL Beresheet spacecraft to the Moon in April 2019, which crash landed, and hopes to send an experiment aboard Beresheet 2 in 2024.

Perhaps most urgently, Kamoun is studying the causes and consequences of climate change using satellite imagery.

Who and what is responsible?

We know that mass industry and fossil fuels play a role in consequences such as global warming and polar ice cap melting, Kamoun says.

However, we don’t know the extent of manmade causes or how they compare to natural causes such as the sun’s cycle, the Earth’s behavior and the interaction between the atmosphere and the ocean.

“There is no doubt that there is global warming. But we don’t have enough data to quantify the causes with scientific accuracy. We need to accumulate about 30 years of satellite data to do that, and we have about 15 years of data so far,” Kamoun says. 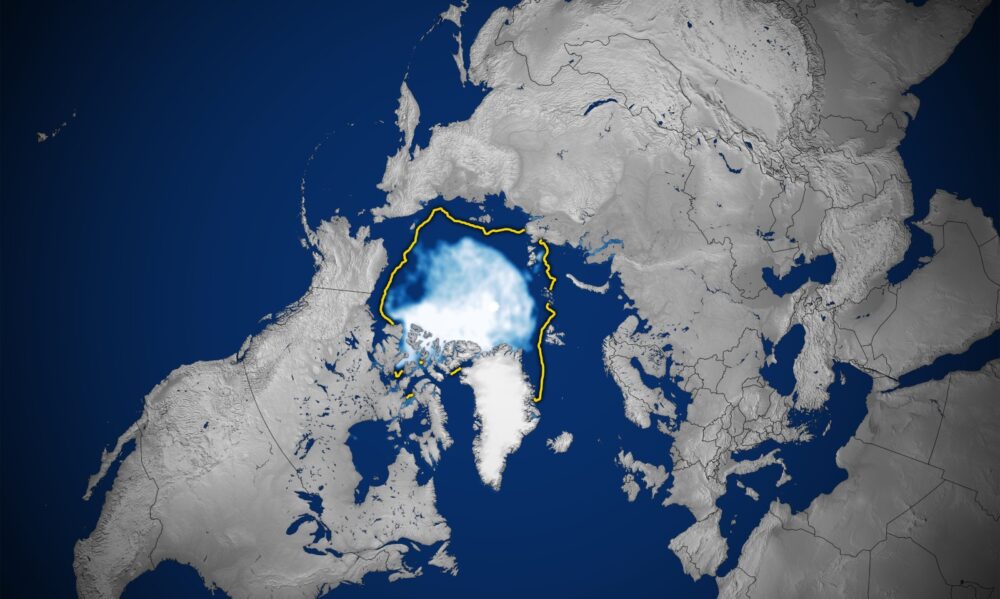 “We are not able to say that the contribution of man to global warming is exactly this or that. If we had that data in our hands, all the countries of the world would more likely reach a consensus about what to do,” says Kamoun.

He encourages his students to design next-gen satellites to discover more about the Earth and space, and how to use satellite data to improve our world.

Indeed, advanced space technologies are a specialty in Israel despite its very modestly funded space program.

“NASA has huge budget of more than $23 billion for 2021, while Europe altogether has about a $5 billion yearly space budget, and Israel… maybe $20 million,” Kamoun tells ISRAEL21c.

“What can you do with that kind of budget? You can make great technology for space programs, both inside and outside Israel.”

“It’s hard to compare the number of satellites or space missions with players like NASA, but you can compare the technology — and ours is top level,” Kamoun says. 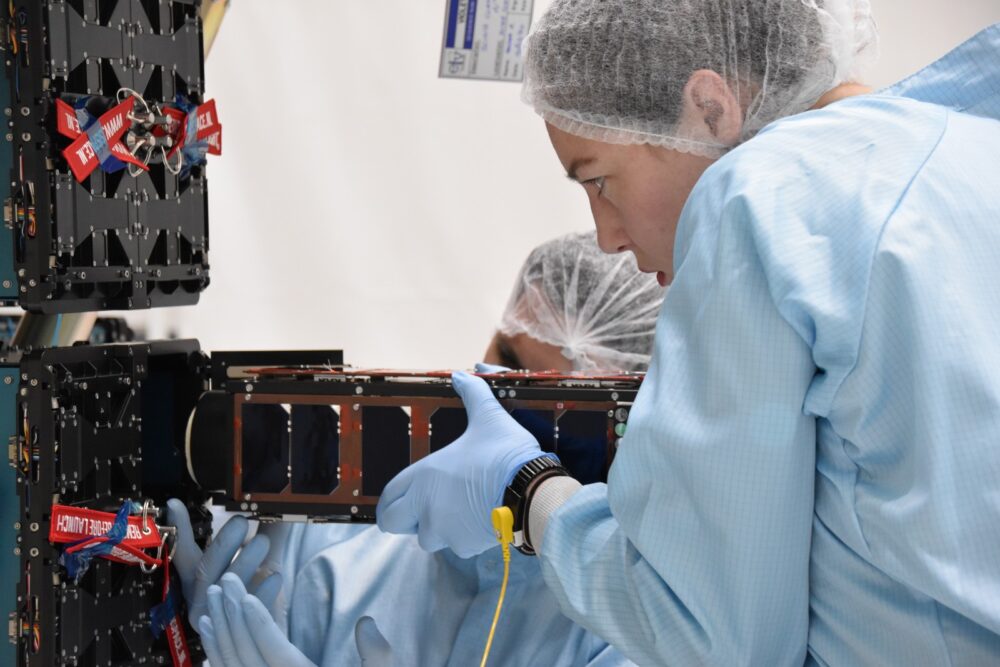 Israeli scientists have had fruitful collaborations with NASA, he adds, “although not as much as could be done and not very visible.”

NASA provided, for instance, important means of communication for Beresheet 1. And many Israeli scientists are collaborating with US counterparts to prepare NASA’s future Moon and Mars missions, he adds. 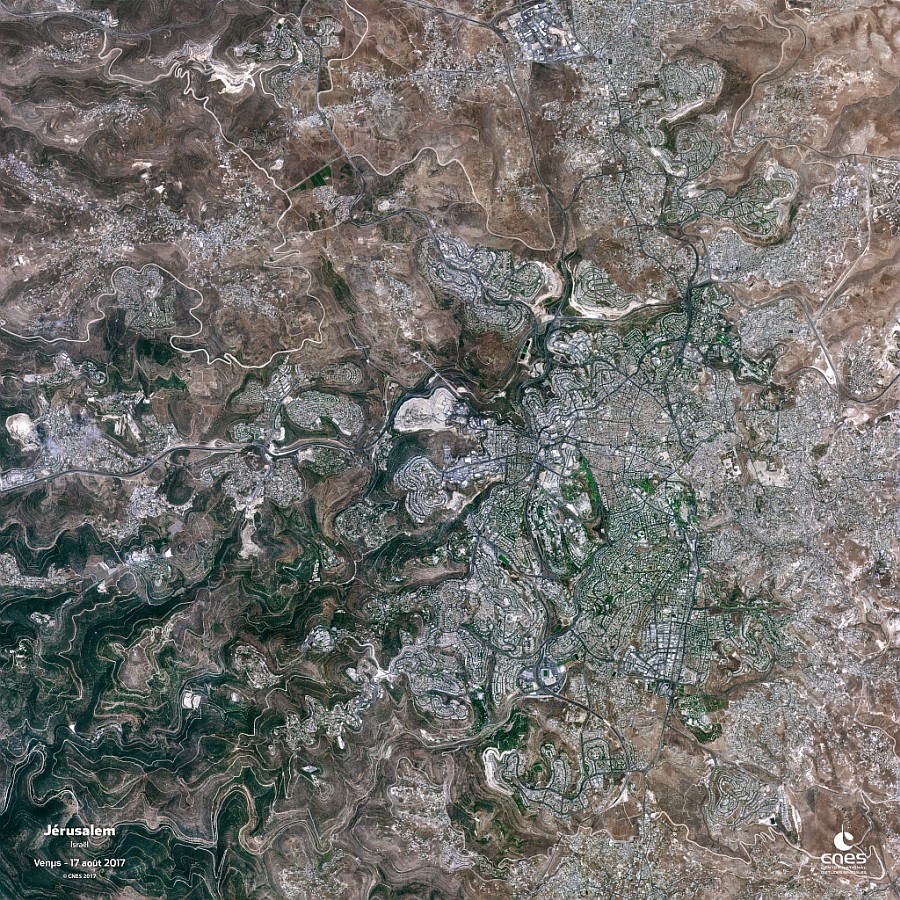 Some of Kamoun’s graduate students are examining digital satellite images from VENuS, the first cooperative Earth observation program of the Israel Space Agency and France’s CNES.

The uses of such imagery are almost endless, says Kamoun. For now they are focused on identifying the evolution of vegetation and water in northern Israel.

Plans for Israel’s next Moon mission

Kamoun hopes to have his students design physics and electro-optics experiments for Beresheet 2, which will include two ultralight lunar landers and an orbiter that will circle the Moon for several years and host experiments from students.

One possibility is an onboard physics experiment relating to Einstein’s theory of relativity.

“Another idea is to design and attach a small camera or sensor on the landers, to help find the best place to land during descent and then to take images during and after landing,” says Kamoun.

He will have to scramble to make SpaceIL’s November deadline for proposals for experiments to fly on Beresheet 2.

“It’s complicated: You need to find a good scientific case, design the right instrumentation to solve the scientific question, and find the funding for it. Usually governments take care of the money. But in privately funded missions like Beresheet, financing is as tricky as the science project itself,” he says. 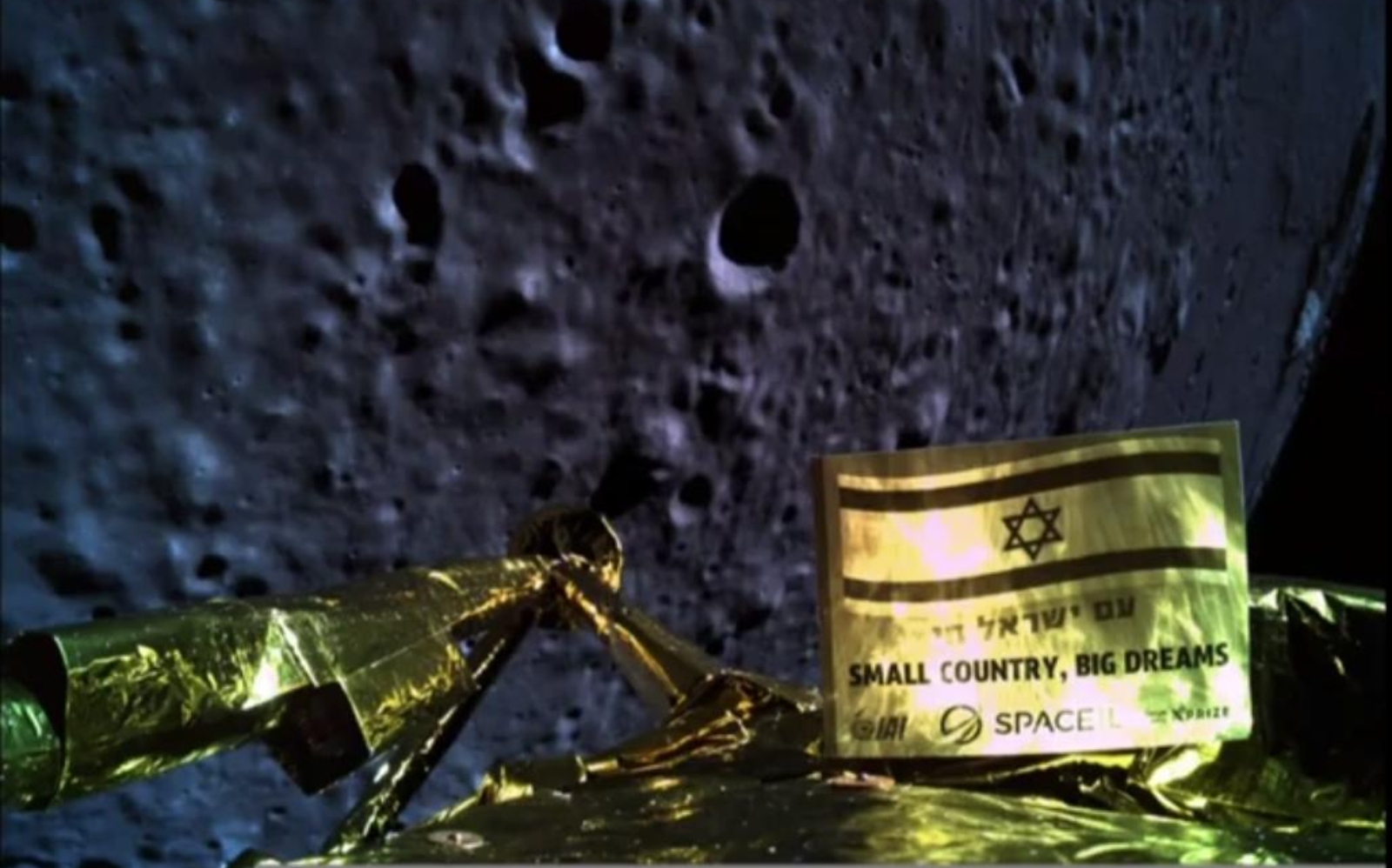 Last selfie taken by Beresheet before its crash landing on the moon, April 11, 2019. Photo courtesy of SpaceIL/IAI

Kamoun’s experiences in space programs of the United States, Europe and parts of Asia made him the natural choice to lead international business development for SpacePharma.

Based in Switzerland with R&D and business development in Israel, SpacePharma capitalizes on the fact that the physical, chemical and biological conditions in space offer unique conditions for drug development.

“It’s already been in space five times, and we have two more missions coming up in the next five months, including one with Israeli astronaut Eytan Stibbe,” says Kamoun.

Stibbe is expected to take 44 experiments on next year’s mission to the International Space station, from fields including agriculture, neurology and optics.

“SpacePharma is also developing the first drug factory in orbit, which should be launched in the end of 2023,” adds Kamoun.

“It will be the first building block of our larger-scale space factory for drugs. It will be a fantastic paradigm change for developing new drugs faster and even cheaper than on Earth.”

Believe it or not, he says, the cost of R&D in outer space is becoming compatible with the skyrocketing cost of R&D on Earth.

Will Kamoun ever have a chance to enter outer space for himself?

“It is naturally a dream to go to space to see our beautiful Earth from far and to see the marvelous planets of the solar system from close,” he says.

“But except for a few lucky or wealthy guys, this will be most probably for the generation of our students and children – if, of course, the technology and most importantly the reliability of human space flight progress enough.”

UNCOVER ISRAEL - Get the ISRAEL21c
Weekly Edition free by email
Sign Up Now!
Bring Israel's story to life.
Millions of people around the world rely on us to gain a deeper understanding of Israel. We are the trusted source for original content you won't find anywhere else.
You can make a difference. Donate today to support journalism that brings Israel’s story alive.
SUPPORT ISRAEL21c
Read more on:   Environment, Technology, Space, SpaceIL, Jerusalem College of Technology, SpacePharma, Climate Crisis