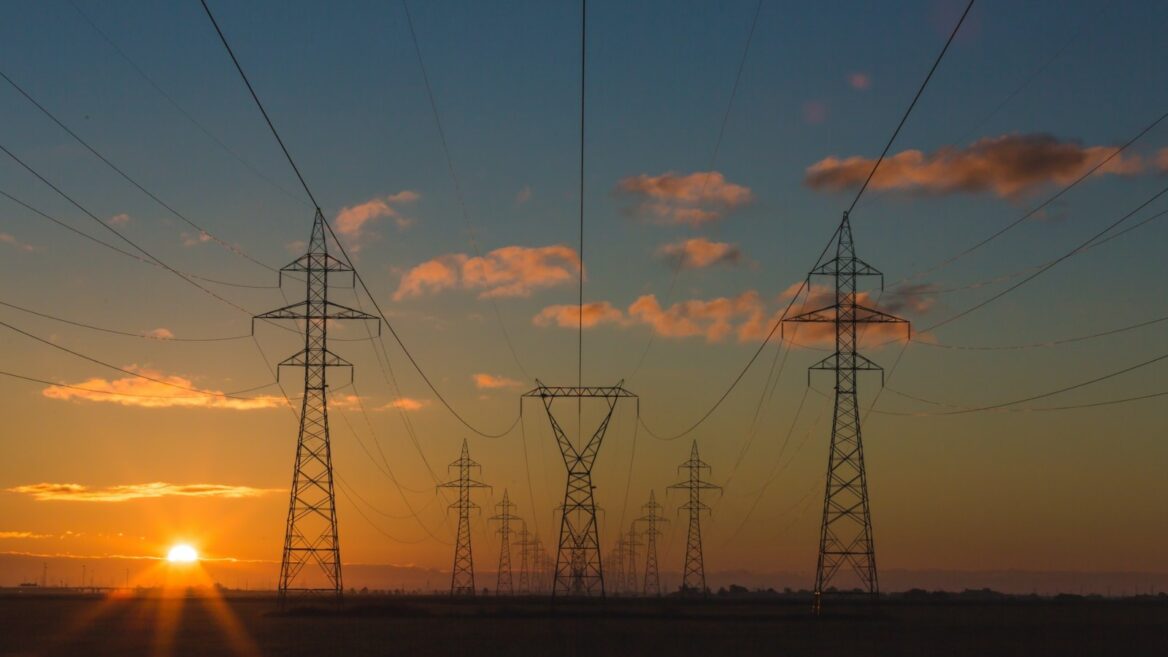 Photo by Matthew Henry on Unsplash

As greenhouse gas emissions from industrial activities continue to warm the planet, the stability and integrity of national electrical grids grows ever more concerning.

Most electricity generation comes from burning fossil fuels—approximately 63.3% in 2019  —but this process releases greenhouse gases into the atmosphere which warm the planet and destabilize natural climate patterns, thereby increasing the number and intensity of extreme weather events.

And when there’s prolonged heat, the amount of electrical load placed on the grid dramatically increases from air-conditioning units.

The entirety of the electrical system — which includes transportation networks necessary for delivering fuel, power plants that generate electricity, and the transmission and distribution lines that funnel power to homes and businesses — was not designed to withstand many of today’s extreme weather conditions. So, as extreme weather becomes more frequent and severe, the cost to fix grid-related damages soars.

From there, a combined total of 25 similar extreme weather events in 2011 and 2012 resulted in 1,100 fatalities and cost the nation a total of $188 billion due to lost output and wages, spoiled inventory, and restarting industrial operations. The recent and infamous power outage in Texas is a perfect example of this.

“This is indeed something that we are seeing an increase in. If the power consumption goes up, you need more infrastructure to support it, and it’s not always easy to make those necessary changes,” says Yacov Gorovoy, project manager at Israeli AI (artificial intelligence) company Razor Labs.

Funding from the BIRD Foundation will enable the two companies to develop and commercialize mobile sensors that can identify deteriorated equipment and areas within electrical grids and draw connections to environmental factors that likely caused the problem.

“We and Exacter didn’t have any previous contact,” says Gorovoy. “The connection was made through the foundation as they saw that we have a certain base of knowledge and that Exacter needed additional hardware capabilities, and this created the synergy between us that allows us to conduct this project with our own funds and the funds from the grant.”

Their efforts will effectively streamline the management of electrical grid operations such that every component across miles of the distribution grid can be monitored. In doing so, potential power outages can be more consistently avoided, paving the way for a more robust grid network. 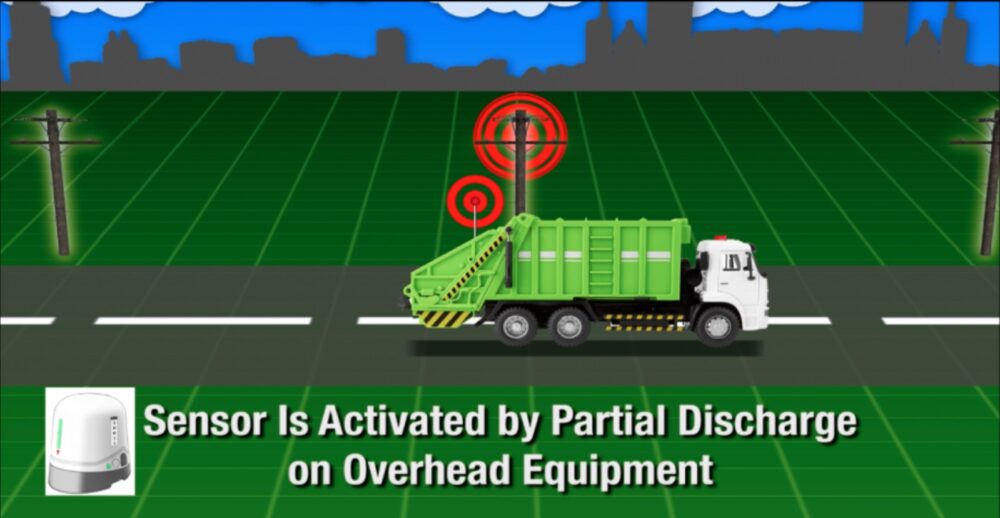 “Currently, it’s cost-prohibitive to monitor equipment conditions across the millions of miles of power lines in the US,” says John Lauletta, CEO and CTO of Exacter.

“Our collaboration with Razor Labs will develop the next generation of mobile sensing devices that identify at-risk equipment and use machine learning and artificial intelligence to develop grid resilience forecasts. The system will correlate meteorological conditions, airborne contaminants, and other environmental factors to forecast future issues.”

When it comes to maintaining and monitoring powerlines and electrical equipment, a utility company can either perform preventative maintenance by sending out personnel to inspect a particular component once every two months, for example, regardless of its condition; or reactive maintenance by responding only when the component breaks and needs to be replaced.

The collaboration between Exacter and Razor Labs will offer a third, better option: predictive maintenance through AI and deep learning networks. 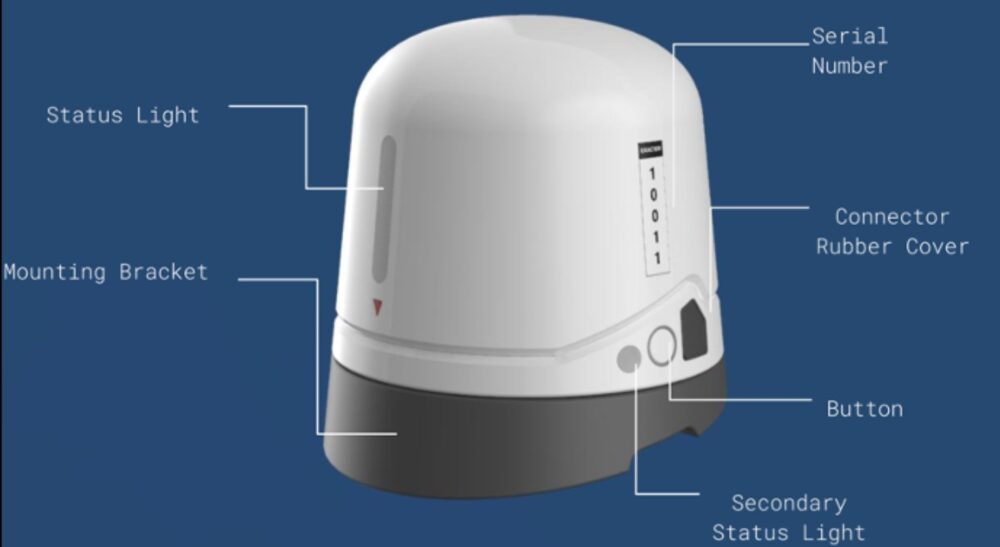 The maintenance and monitoring sensor under development by Razor Labs and Exacter. Photo courtesy of Razor Labs

“The idea of predictive maintenance is that you can identify exactly when the need for maintenance would arise,” says Gorovoy.

“For example, if you have a power line, you can wait until the data shows signs of deterioration. And then, you can save time and effort by not having a routine inspection once every month or two. Instead, you can employ a data-driven inspection where the system can tell you to concentrate your maintenance efforts in a specific place at a specific time.”

This method saves time and effort because it informs grid operators exactly where to direct their attention rather than taking the time to inspect the entire powerline for the source of the issue. As a result, it leads to less electrical down time in the event of a malfunction or avoids down time altogether.

“In terms of preventing power outages, predictive maintenance — at least across the United States, for example — is a business valued at billions of dollars. Avoiding the cost of power outages, equipment failures, and the harm it causes businesses and private individuals is something that has tremendous value,” Gorovoy adds.

How it all comes together

The grid-sensing technology is being supplied by Exacter while Razor Labs is providing the artificial intelligence and analytics portion of the project.

“When electric equipment deteriorates, it emits unique levels RF emissions from power lines and mostly from equipment on power lines such as transformers and insulators. The proprietary sensors that Exacter has developed can detect those RF frequencies,” says Gorovoy. 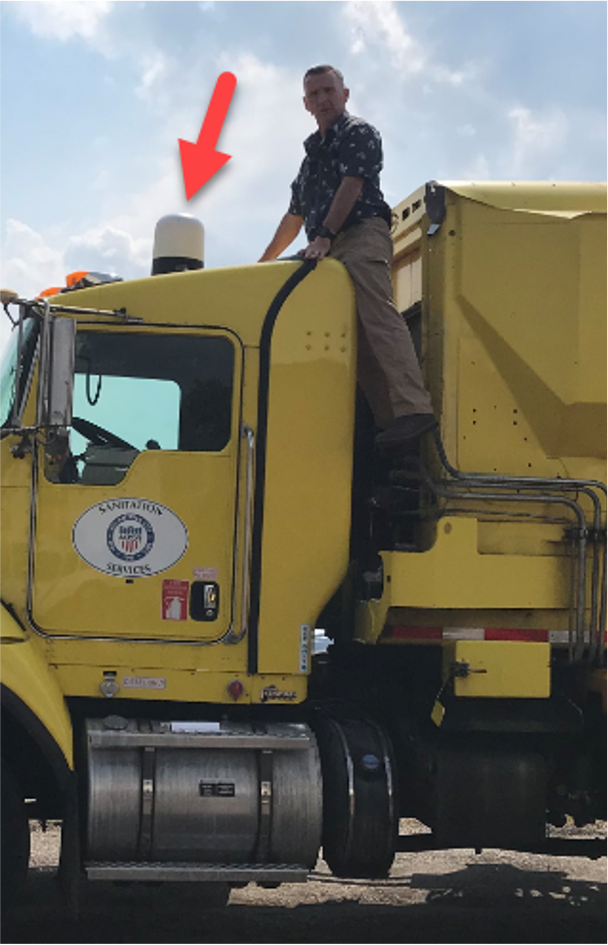 The sensors are designed to be placed onto Exacter-owned vehicles to detect RF signals as the vehicle moves alongside the grid network.

“After several passes, the sensors can identify areas with persistent readings, and are able to determine the area exemplifying issues,” Gorovoy elaborates.

“For this project, Exacter developed a second version of their proprietary sensor that’s capable of being installed on vehicles that they do not control. So instead of using their own vehicles, our joint project has a pilot right now in Akron, Ohio, where the sensors are placed on garbage trucks because they usually have a consistent route, and they provide full coverage within a certain window of time.”

At this point, Exacter personnel can interpret the data and determine the approximate source of the issue stemming from the powerline or associated equipment. But the volume of data is quite large, so to expedite this process, the company needs Razor Labs’ expertise in deep machine learning and neural networks to interpret the data patterns more quickly.

“This is where we come in,” says Gorovoy. “Without any manual inputs, the sensor sends over the data through the cloud at the end of every day, and we perform analytics on it to create models that output the exact areas where malfunctions are going to happen and to understand the patterns that lead up to that.”

Even with the transition toward renewably generated electricity and the resiliency improvements it will impart to the current grid infrastructure,  this predictive maintenance technology will still be highly valuable, according to Gorovoy.

Is it coming to Israel?

The pilot project has an early 2022 deadline. After completion, the prediction system will be the property of Exacter.

While Razor Labs will receive the license for their data-driven technology and be able to suggest clients to adopt this system, Exacter will have the final decision when it comes to business strategy and deployment.

“We will be trying to bring this to Israel because it can significantly and positively influence life here by reducing power outages and helping the IEC [Israel Electric Corporation], but in the end it’s not us that decide on that,” says Gorovoy.

Considering that Razor Labs already has utility company clients elsewhere in the world like Australia and New Zealand –and has a few projects in different areas with the IEC –Gorovoy remains optimistic of the project’s arrival in Israel.

“I know this is a very big priority for any utility company and for any utility regulator, so I’m assuming this would be something that will eventually come to Israel as well,” he concludes.