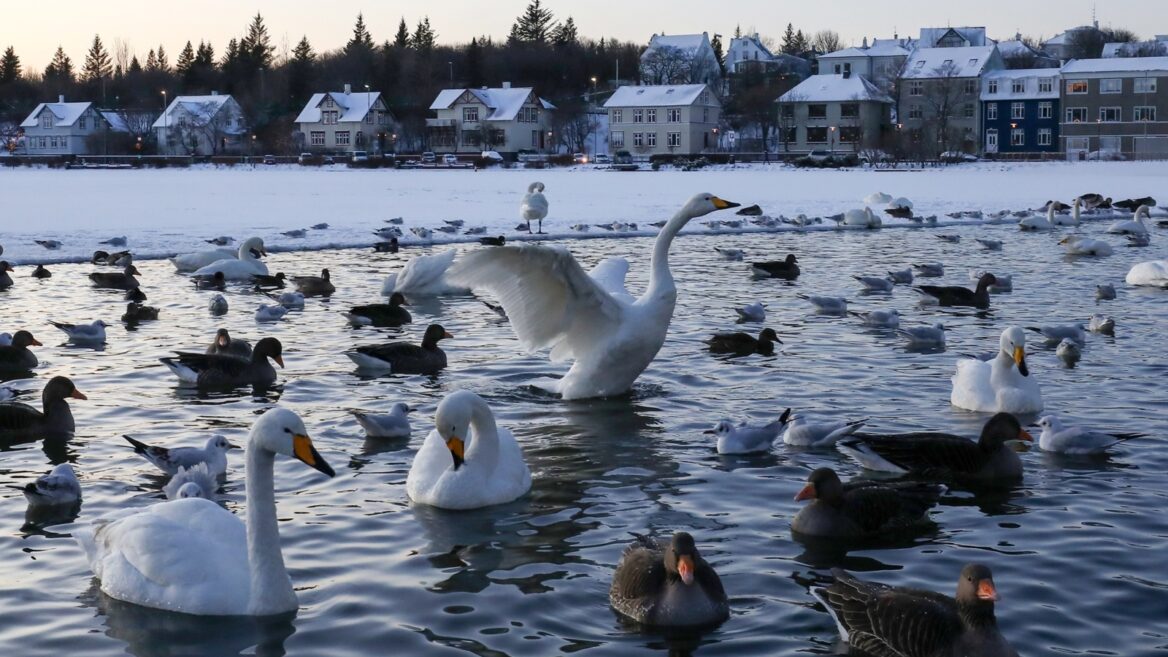 Dozens of swans, ducks and other water birds crowd into a small area of a freshwater lake which had almost completely frozen over in Reykjavik, Iceland. Photo by Ilan Rogers

Sometimes a 40th birthday gets people itchy to travel the world. When Ilan Rogers turned 40 last year, he took his Canon DSLR on a photographic tour of 52 countries in 52 weeks.

The Israeli native traveled more than 150,000 kilometers (93,205 miles) across five continents via planes, ships, trains, buses and foot. In January, Rogers returned with approximately 100,000 photographs and 3,000 short video clips from his year-long journey. 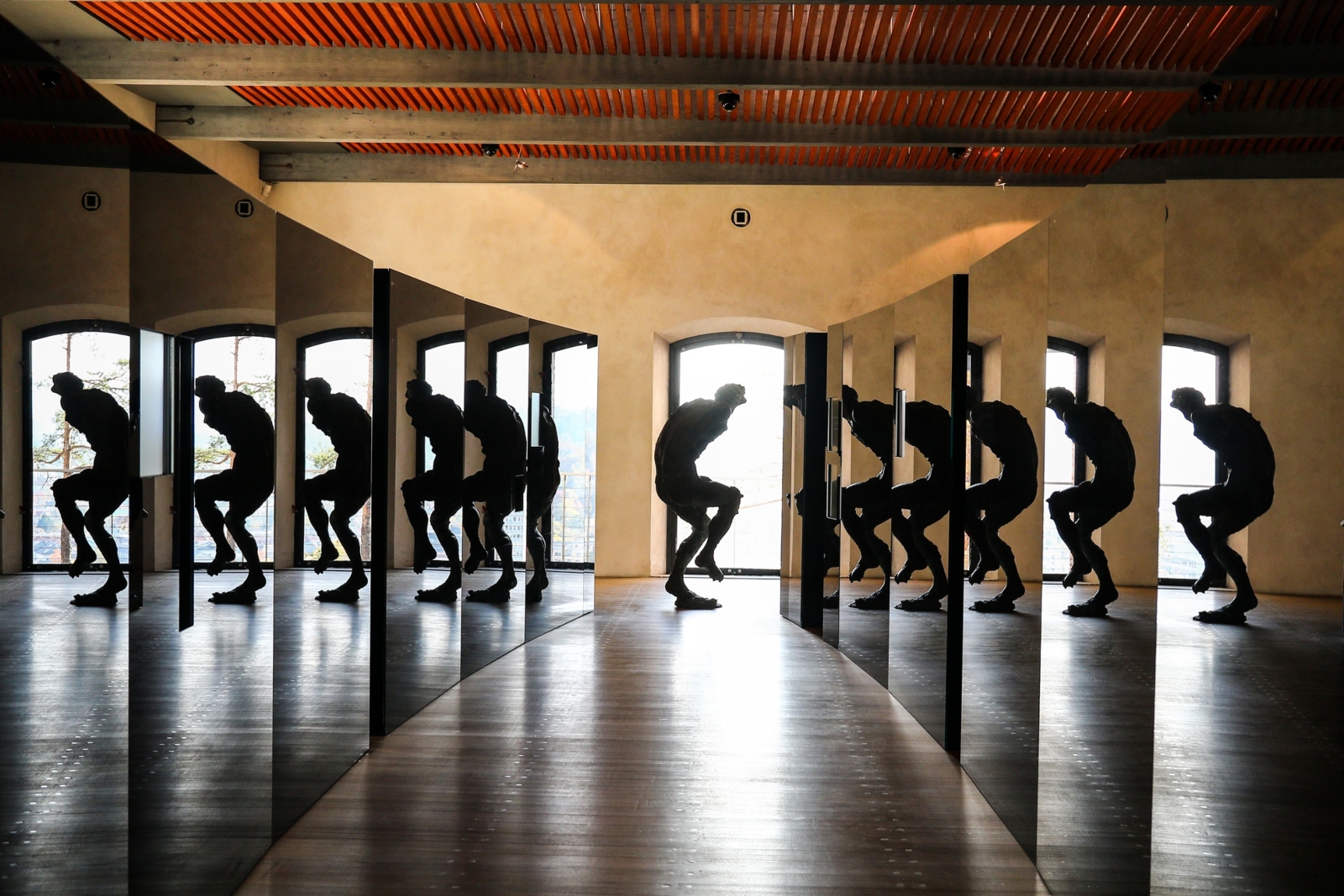 A metal statue reflects across glass display cases in a history museum in Ljubljana, Slovenia. Photo by Ilan Rogers 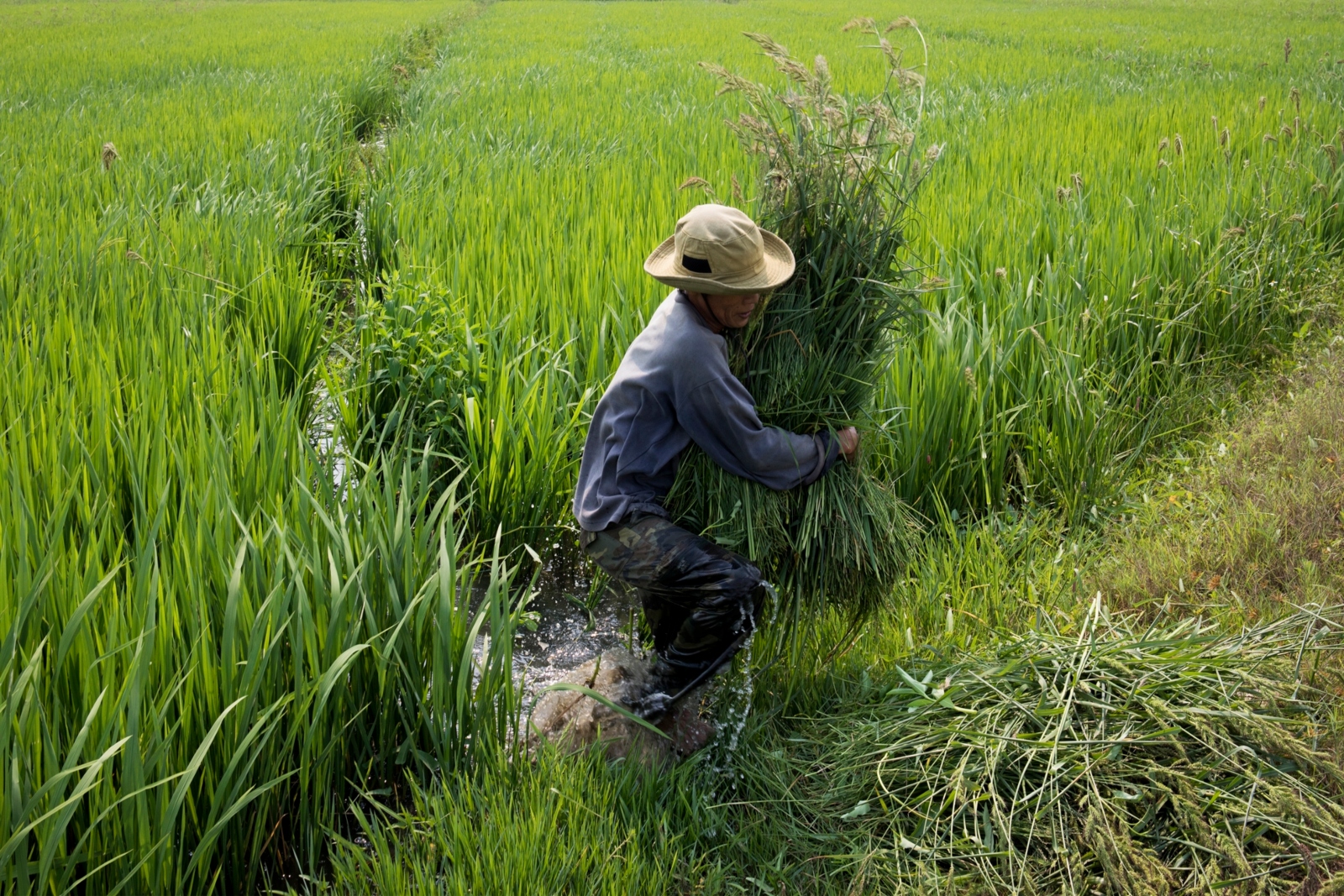 A farmer carries his harvest out of a rice field on the outskirts of Hoi An, Vietnam. Photo by Ilan Rogers

With nothing but a carry-on bag and a backpack filled with 5.5 kilos (12 pounds) of camera equipment, Rogers took advantage of strategic stopovers, last-minute hotel deals and affordable local transportation options to keep his budget to less than $2,000 a month. 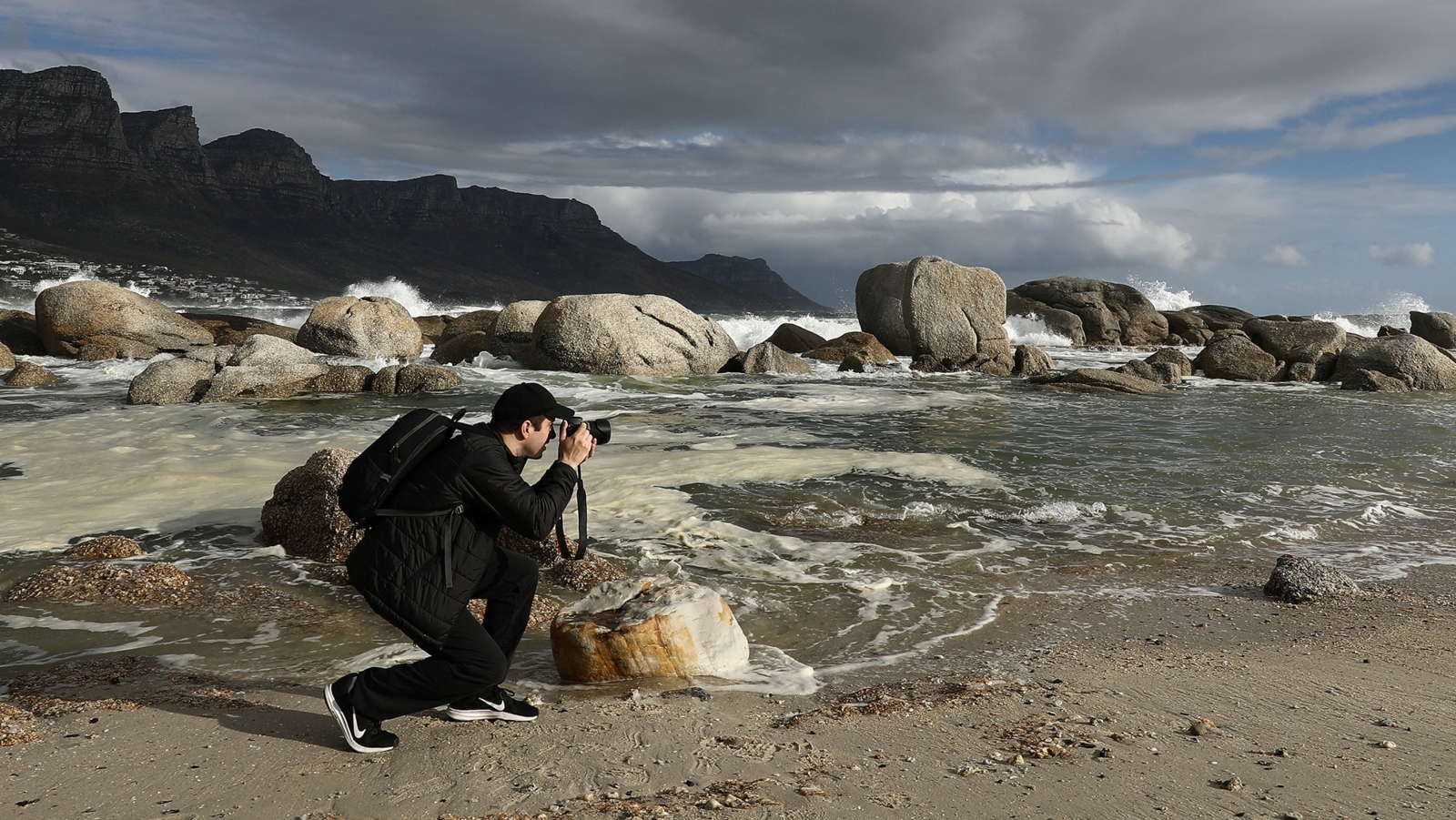 “What started out as a personal project has become one of the largest global photography journeys ever completed anywhere in the world,” Rogers tells ISRAEL21c. 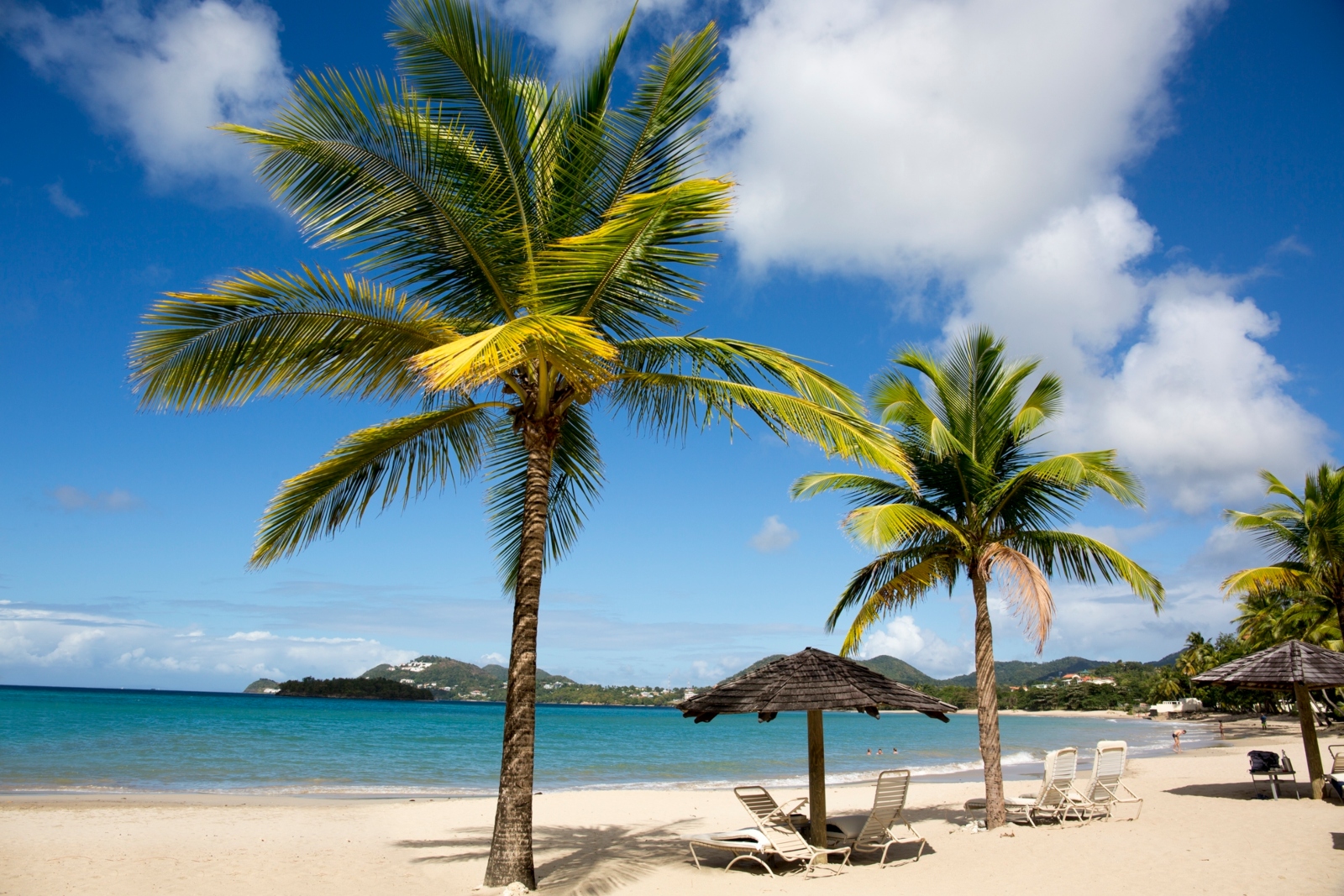 The picture-perfect Vigie Beach near Castries, St. Lucia, in the Eastern Caribbean. Photo by Ilan Rogers 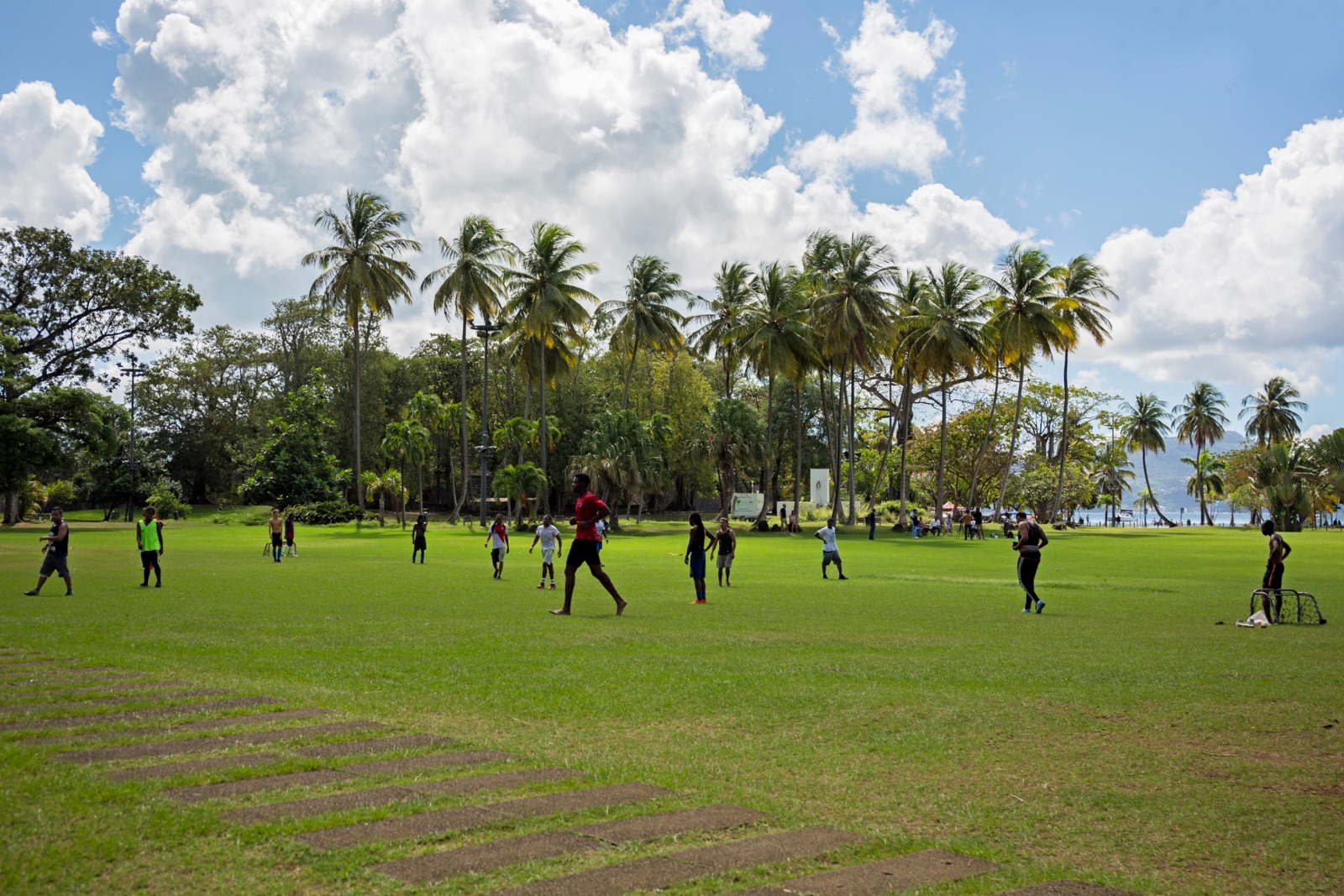 Locals playing sports in a public park near the sea, in the French island territory of Martinique in the Eastern Caribbean. Photo by Ilan Rogers

The subjects of his pictures range from people to food to nature and architecture. His mission was to provide a unique snapshot of the world through images showing the similarities and differences among countries. 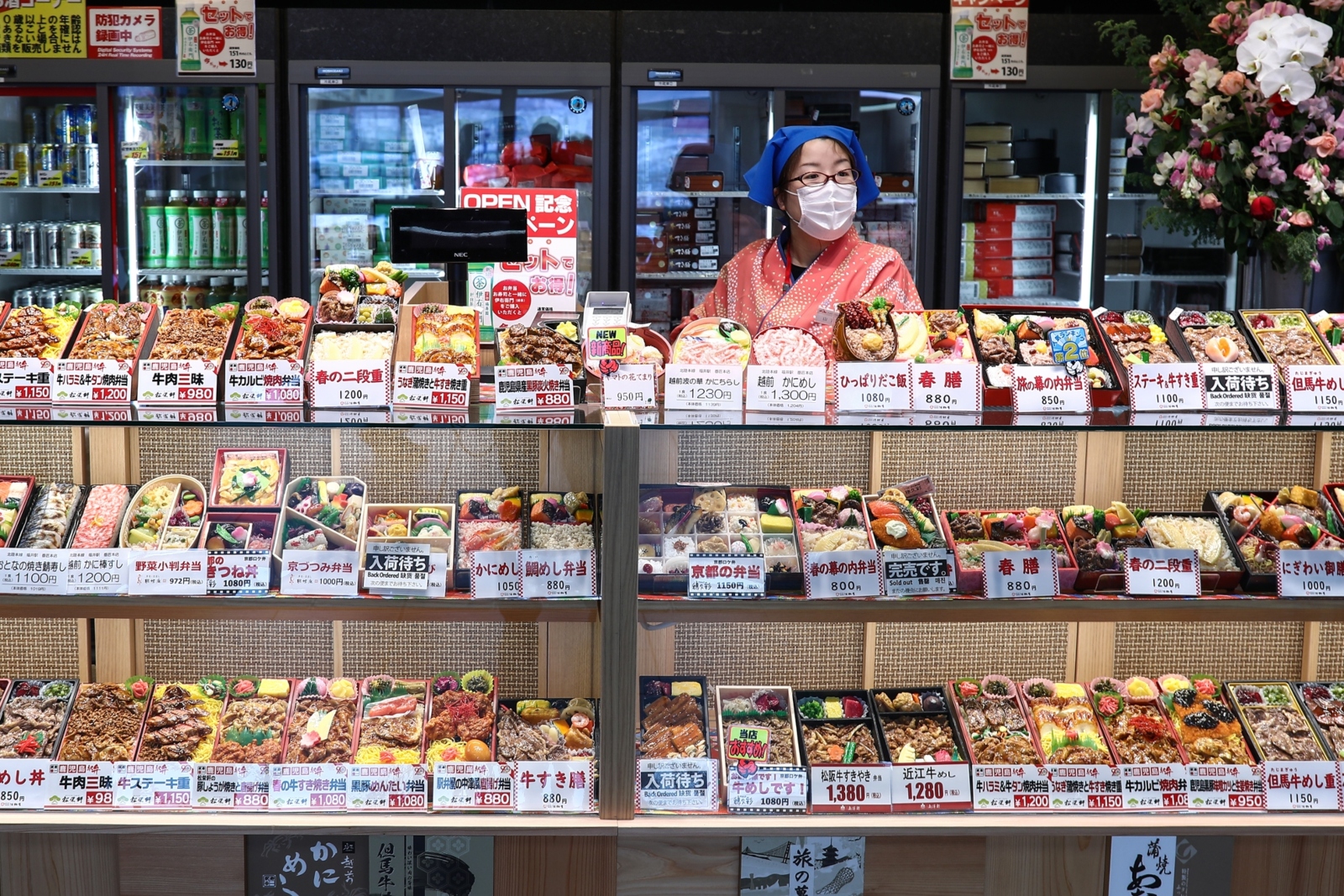 A fast food vendor in Osaka, Japan sells a variety of traditional dishes. As is customary there, all of the food displayed in the showcases is actually made of plastic. Photo by Ilan Rogers 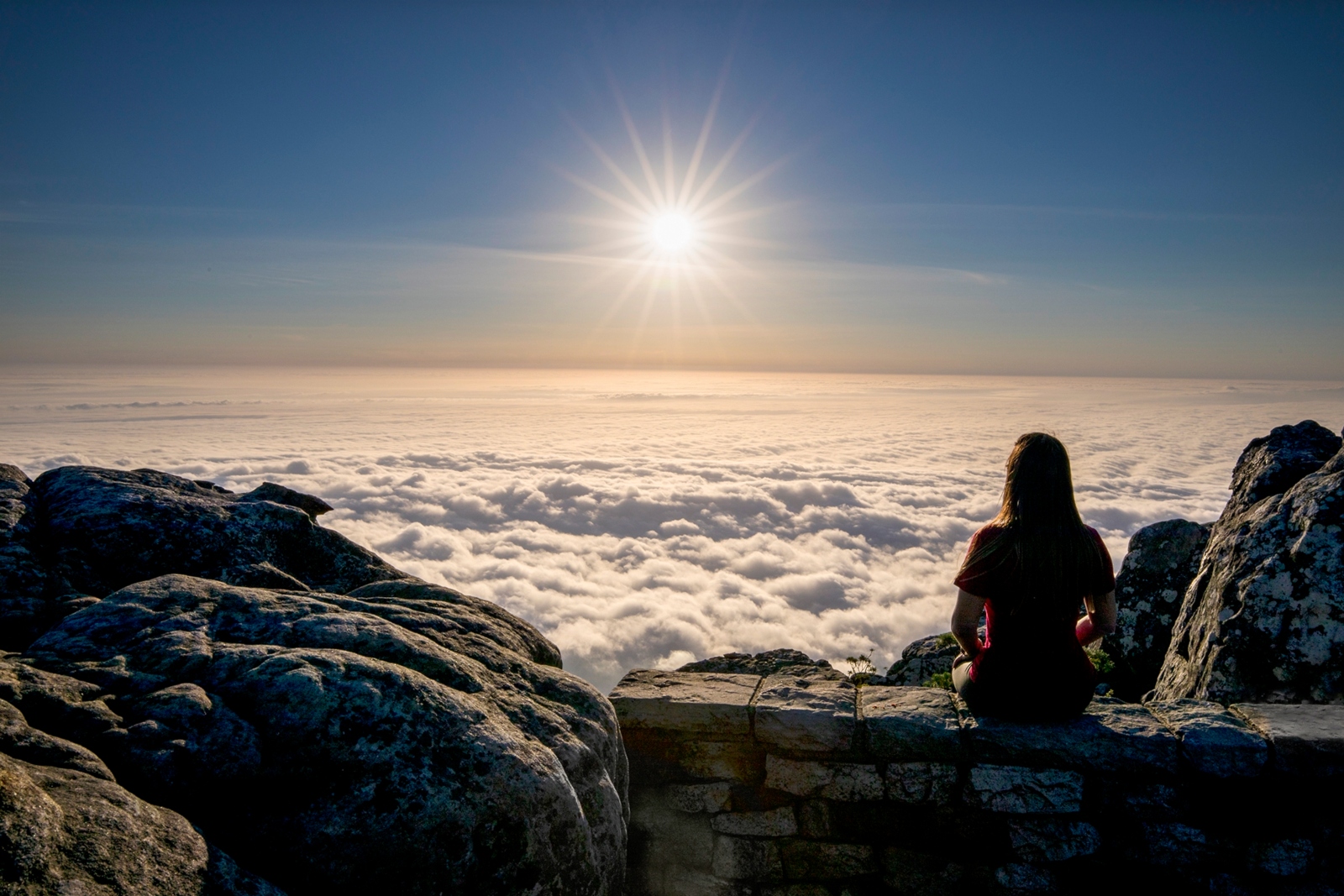 A woman watches as the sun sets above the clouds at the top of Tabletop Mountain in Cape Town, South Africa. Photo by Ilan Rogers

Asked about how people responded to him being an Israeli, he says that overall his experience was very positive.

“Almost everywhere I went, people were welcoming and supportive. Much more than you might expect, considering all the negative press about Israel,” he says.

“Even in countries such as Ireland and Iceland, that are often thought to be quite anti-Israeli, locals were eager to hear about and see photos of Israel, and many expressed an interest to come visit as well.” 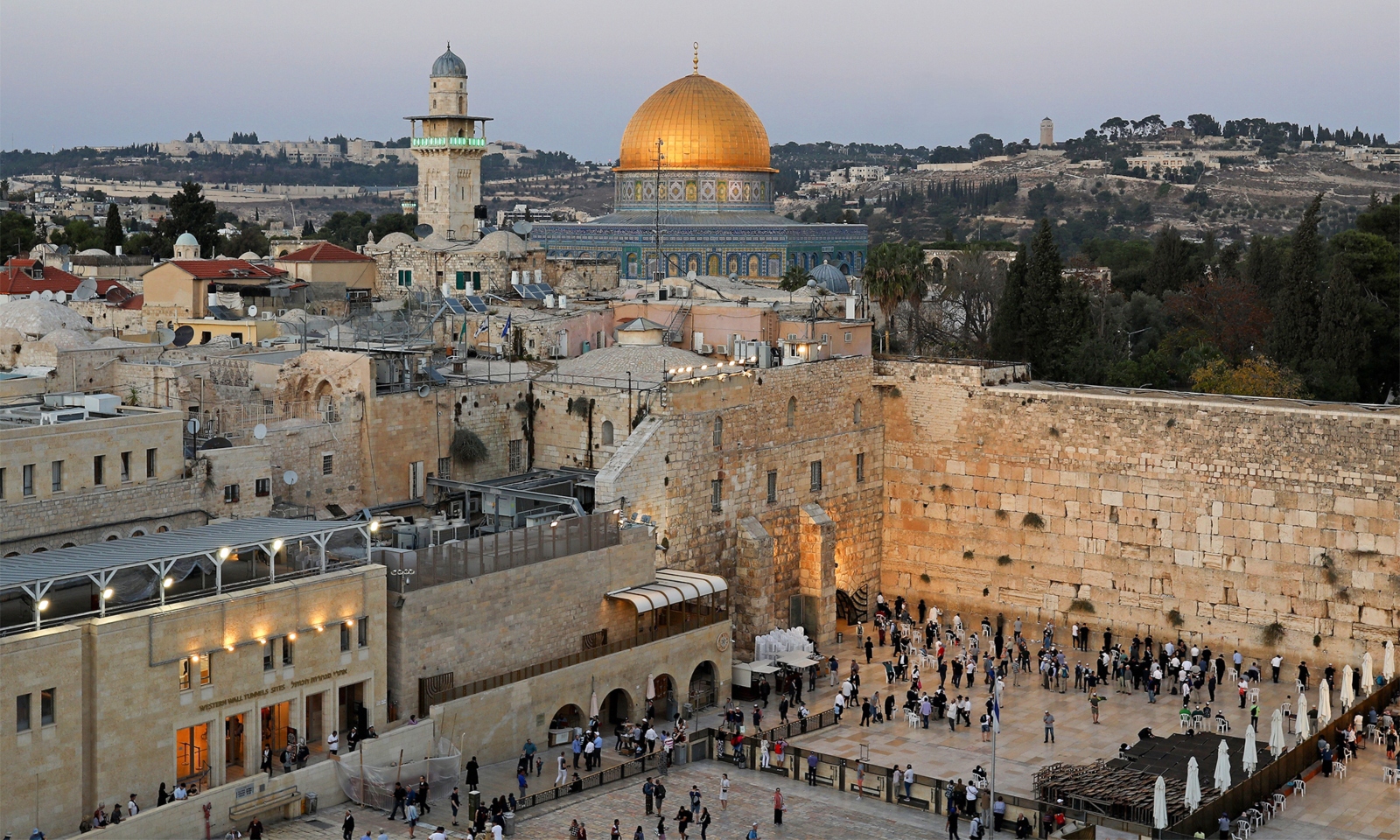 An overview of the Western Wall and Dome of the Rock, Jerusalem. Photo by Ilan Rogers

In fact, although he lives most of the year in Europe, Rogers felt like an unofficial Israeli ambassador.

“When we travel, we each have an opportunity to represent Israel in a better light,” Rogers says.

“People might see or read negative things in their local media, but if they meet a friendly Israeli, who respects them and their culture, they are far more likely to think more positively about Israel as well.” 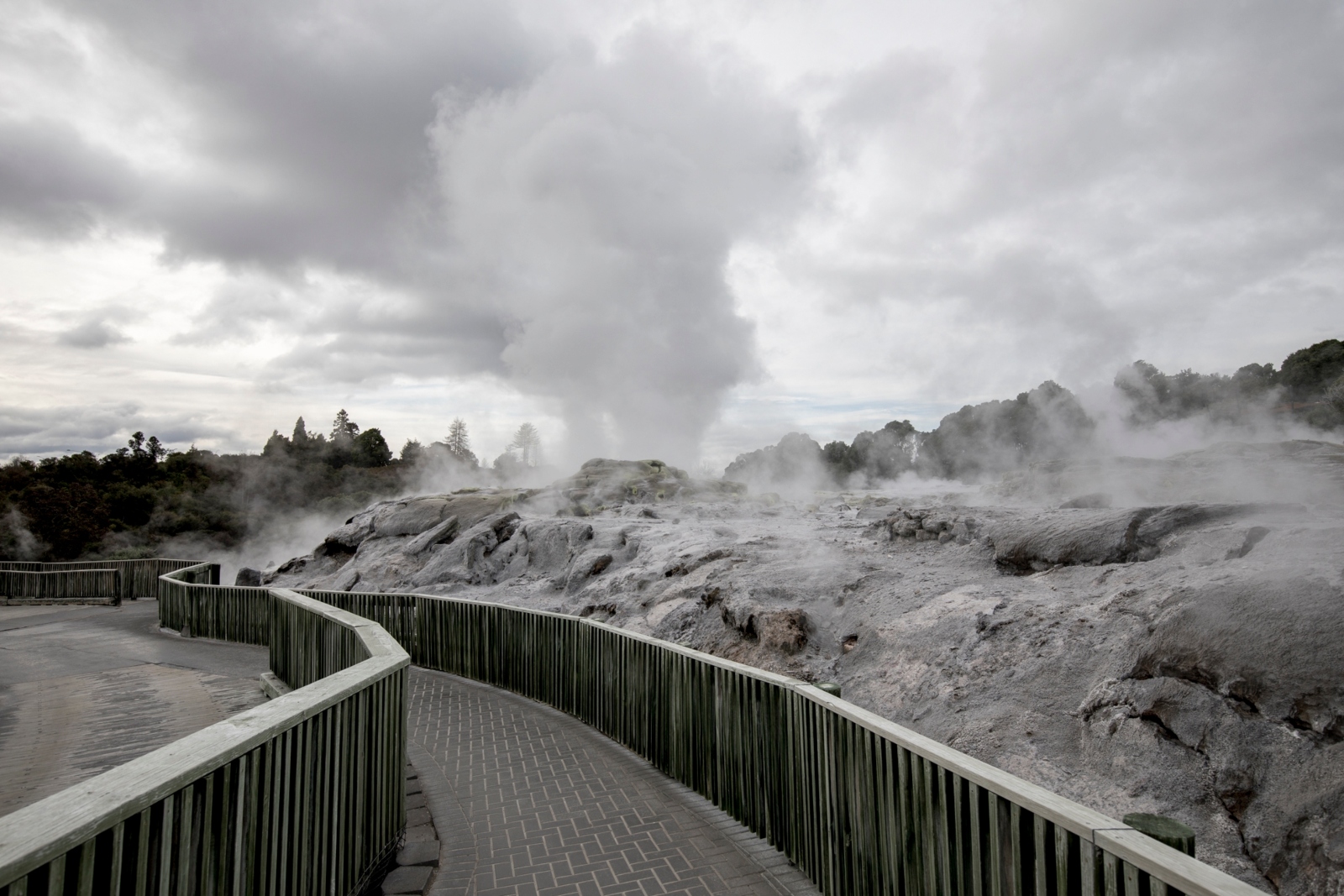 Hot steam and geysers rise from the grounds of a geothermal park in Rotorua, New Zealand. Photo by Ilan Rogers 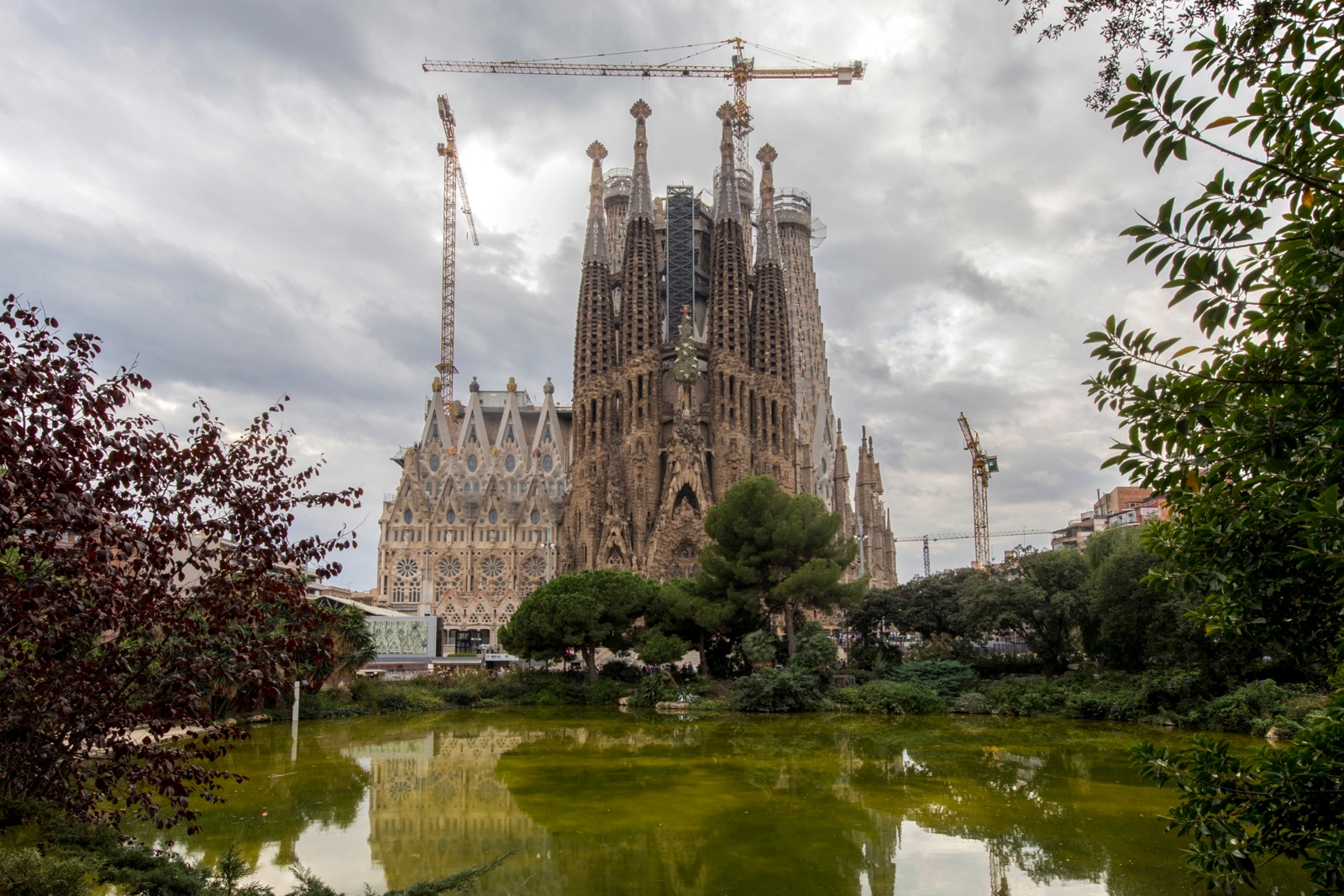 The Sagrada Familia basilica in Barcelona reflects into a green lake behind it. The famous church is nearing completion after more than 130 years. Photo by Ilan Rogers

Now that he has completed his dream journey, Rogers is sorting through the photos and videos and uploading a selection from a different country each week to Instagram.

He will be sharing tips and tricks with his social-media followers to help them travel the world more efficiently and affordably. A church and houses in Kompolje, Slovenia, reflect into the waters of the Sava River. Ilan Rogers took this tranquil shot from a moving train. 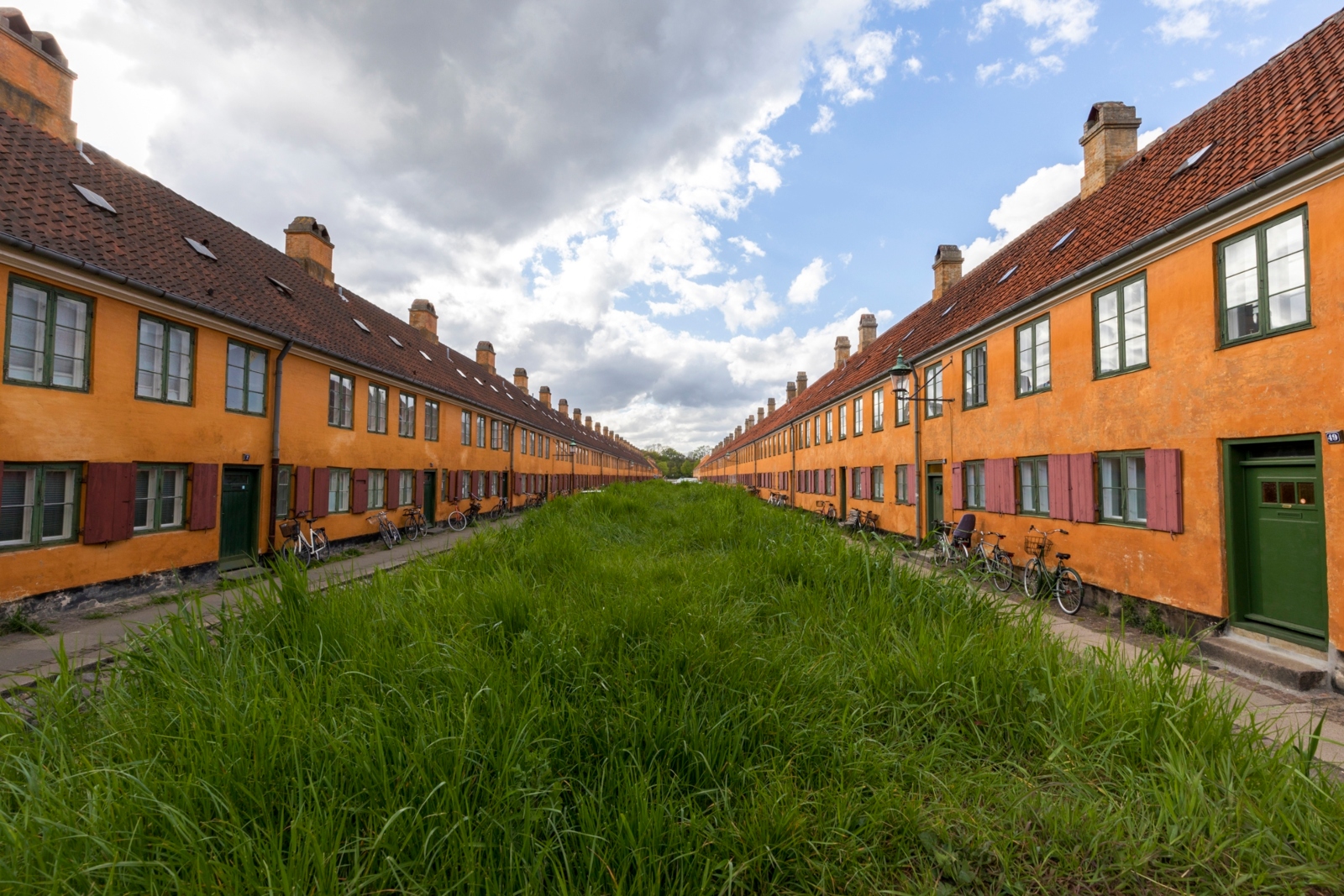 Orange row houses across the Nyboder neighborhood in Copenhagen, Denmark, were built in the 18th century to house sailors of the Royal Danish Navy and their families. Photo by Ilan Rogers

“I hope I’ll be able to find suitable venues both in Israel and abroad to showcase my best photos from around the world,” he says.

“I am truly grateful to have been able to see and photograph so much and want to share this unique experience with others.”

To see more of Ilan Rogers’ photos from 52 countries, go to his Instagram page or his website.