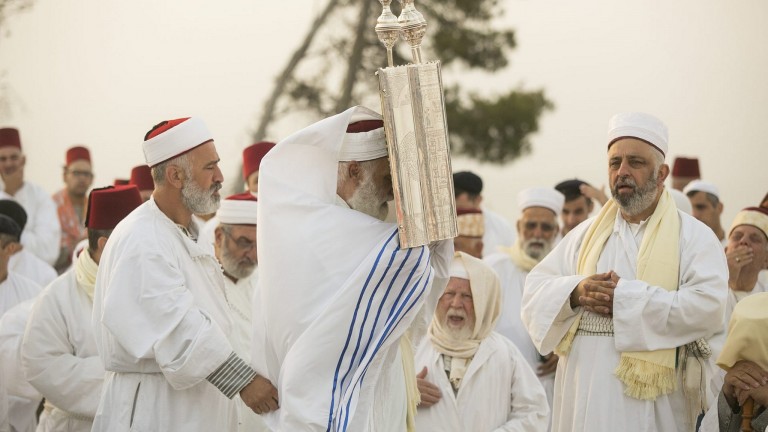 Samaritans pray during a pilgrimage to Mount Gerizim on the outskirts of the West Bank City of Nablus earlier this week.

The Samaritans are an ethnoreligious group descended from the ancient Israelite tribes of Menashe and Efraim. Once a large community of over a million people in late Roman times, today the Samaritans number just 775 people divided between Mount Gerizim and Holon near Tel Aviv.

Samaritans believe that their worship is the true religion of the ancient Israelites from before the Babylonian exile. They believe Mount Gerizim was the original Holy Place of Israel from the time that Joshua conquered Israel, rather than Jerusalem.

This week’s photograph was taken on Sunday by Yaniv Nadav/Flash90.

If you’ve got a photograph you’d like to feature on ISRAEL21c please send it in high resolution to info@israel21c.org. Every week we will choose the best one to feature on our pages.

Become a GEM member
Read more on:   photo of the week, Samaritans