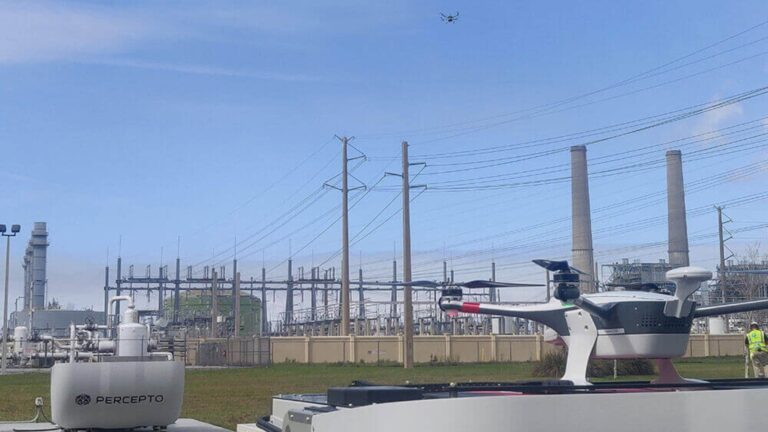 This is the largest commercial autonomous drone project in the world. It’s also the first operation using autonomous drones within an urban setting for infrastructure inspection.

Modi’in-based Percepto has been working with FPL since 2018 as part of its push to comply with emerging US aviation regulations.

The Florida drones will be coordinated on Percepto’s Autonomous Inspection and Monitoring (AIM) platform, which allows drones to be operated remotely to ensure they work together in sync.

Phase one of the project will see 13 Drone-in-a-Box installations introduced to the West Palm Beach area over the coming year. FPL’s long-term plan is to introduce hundreds of Percepto drones over the next five years.

Percepto’s drones were certified in 2020 at Florida International University’s “Wall of Wind” – a wind tunnel simulation facility that subjected the unmanned aerial vehicles to gusts of over 150 miles per hour. The Drone-in-a-Box solution was the first autonomous UAV to pass Level 5 hurricane testing.

Percepto’s electric battery-powered drones can fly for 40 minutes between charges at a height of 130 feet (high enough to avoid power poles) and are equipped with day and nighttime camera systems, using artificial intelligence to identify malfunctions and safety risks.

The drones fly over a preprogrammed route and return to a base station (the “box” in Drone-in-a-Box) to download data and recharge. Aerial insights can also be streamed live.

UNCOVER ISRAEL - Get the ISRAEL21c
Weekly Edition free by email
Sign Up Now!
Bring Israel's story to life.
Millions of people around the world rely on us to gain a deeper understanding of Israel. We are the trusted source for original content you won't find anywhere else.
You can make a difference. Donate today to support journalism that brings Israel’s story alive.
SUPPORT ISRAEL21c
Read more on:   News, Technology, Percepto, Drones