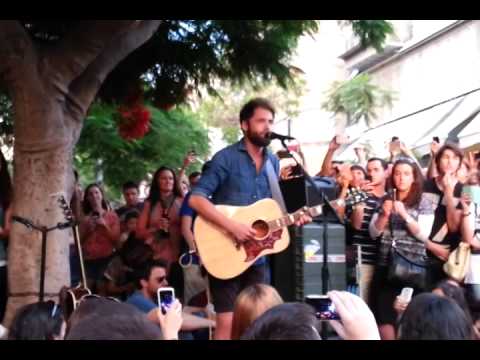 The 30-year-old music star played a sold-out concert on June 10 at the Barby club in Tel Aviv.

On June 11, he announced via Facebook that he would be busking at the famous Nachalat Binyamin street promenade. His message went viral and his impromptu jam session attracted hundreds of fans.

Rosenberg told the crowd that he started out busking before his hit song, Let Her Go, made him a household name. He promised Israeli fans that he will definitely return for future concert dates.