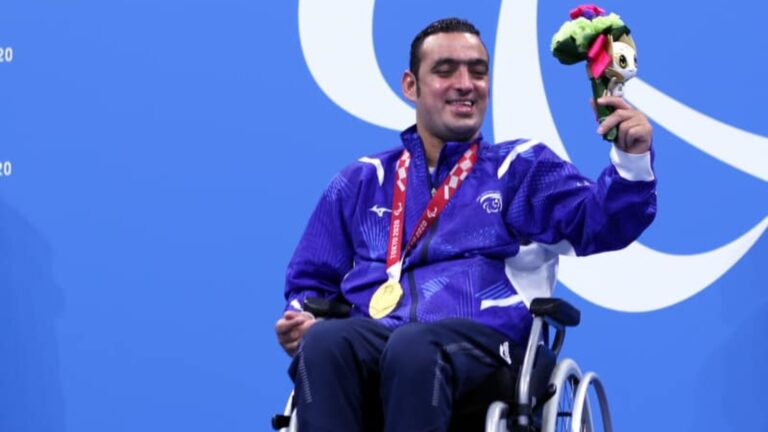 The Paralympic Games have only just begun, and already Israel has claimed a gold medal for swimmer Iyad Shalabi, in the men’s 100-meter backstroke.

Shalabi, 34, is the first Muslim Israeli to win a Paralympic or Olympic medal.

A resident of the northern Arab village of Shfaram, he was deaf from birth and became paralyzed in an accident at age 13.

But none of that stopped him from training as a competitive swimmer at Ilan Rehabilitation and Sports Center in Haifa, under coach Yaacov Beininson.

Shalabi went into the Tokyo Games holding the world record in in his disability category for the 150-meter medley at the 2021 European Championships in England.

This is his fourth Paralympics; he was part of the Israeli delegation to Beijing in 2008, London in 2012 and Rio in 2016. He’d had some fourth-place finishes, barely missing a bronze medal. 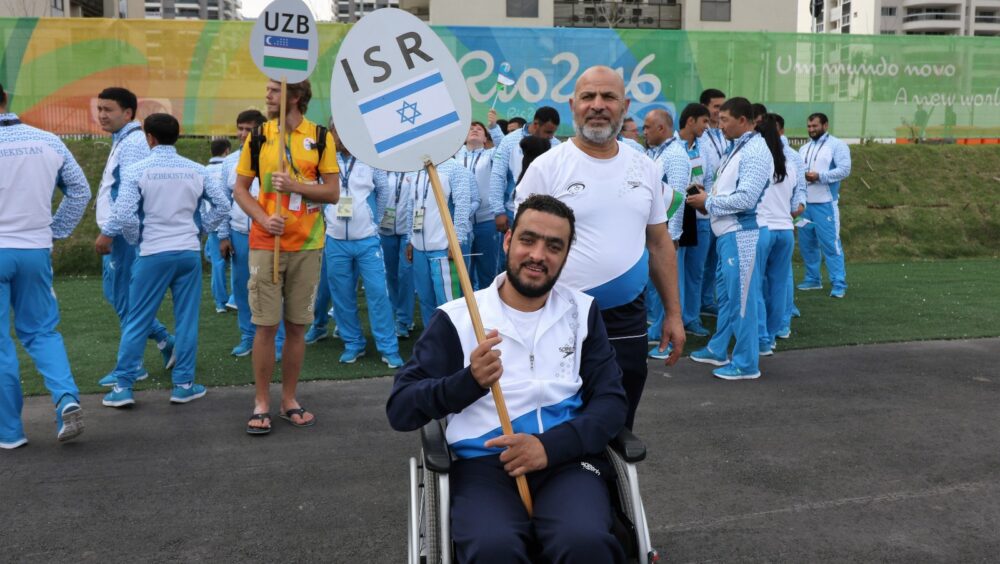 Israeli Arab Paralympic swimmer Iyad Shalabi with his father, Yusuf, at the 2016 Rio Games. Photo courtesy of the IPC

Shalabi’s father, Yusuf, accompanies his mute son to all competitions. He told reporters, “My heart was pounding. When he overtook his competitor, I cried. It’s like a dream.”

Shalabi will compete again on Saturday, in the 150-meter medley.

Also today, Israel’s goalball team scored a victory in its first match of the Tokyo Games. Lihi Ben-David was the high scorer, with seven goals out of 11 against the Australian team.

All in all, an exceptional start to the Paralympics for Israel. The games continue through September 5. 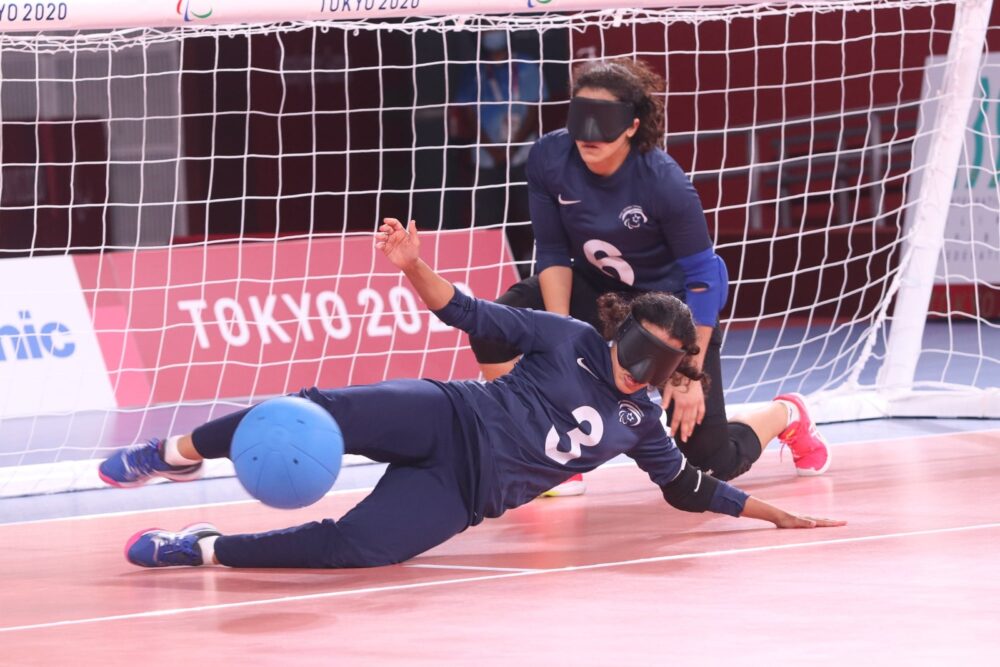 Israeli goalball players in their victorious Paralympic match against Australia on August 25. Photo by Lilach Weiss
UNCOVER ISRAEL - Get the ISRAEL21c
Weekly Edition free by email
Sign Up Now!
Bring Israel's story to life.
Millions of people around the world rely on us to gain a deeper understanding of Israel. We are the trusted source for original content you won't find anywhere else.
You can make a difference. Donate today to support journalism that brings Israel’s story alive.
SUPPORT ISRAEL21c
Read more on:   News, Sports, israeli athletes, Paralympics