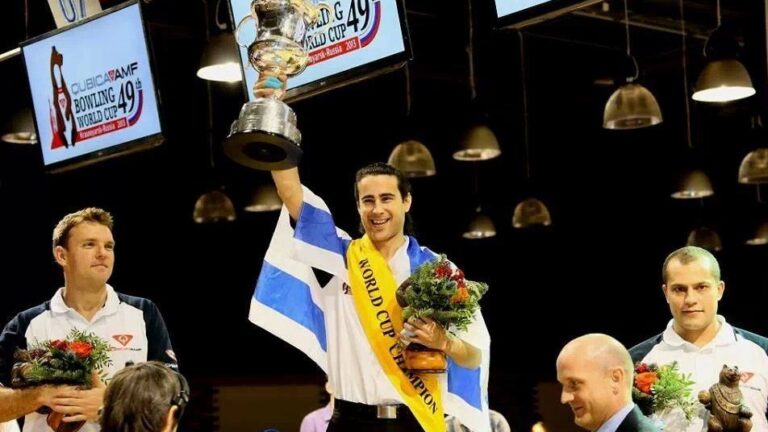 Bowling history in Israel was made at the 49th QubicaAMF Bowling World Cup in Krasnoyarsk, Russia recently as Or Aviram defeated the first two seeds to take home the trophy.

Aviram, who was seeded third and who had a career-high finish of second going into the competition, showed great technique throughout the tournament.

There were a record 16 perfect games bowled during the contest – Aviram secured two of those milestones.

“Unlike more physical sports, players peak in their 30s and can stay at the top until after 50. So I should have many good years ahead of me,” Aviram told The JC.com. “Bowling is about technique and skill, but the most important thing in the big tournaments is mental strength under pressure and that gets easier as you get older.”

UNCOVER ISRAEL - Get the ISRAEL21c
Weekly Edition free by email
Sign Up Now!
Bring Israel's story to life.
Millions of people around the world rely on us to gain a deeper understanding of Israel. We are the trusted source for original content you won't find anywhere else.
You can make a difference. Donate today to support journalism that brings Israel’s story alive.
SUPPORT ISRAEL21c
Read more on:   News, bowling, Bowling World Cup, Or Aviram