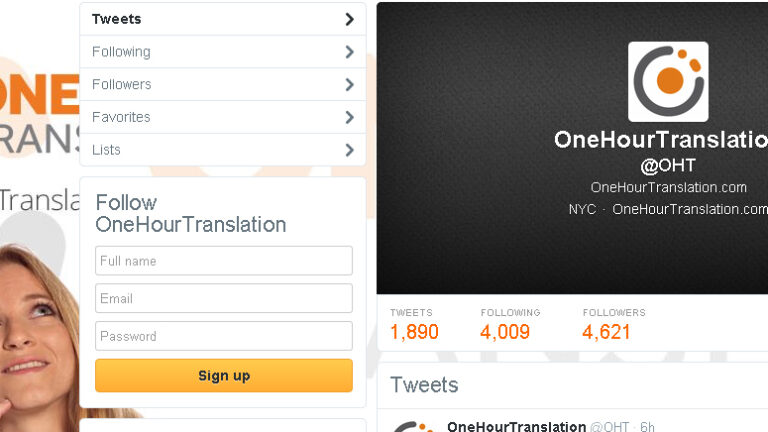 Israel’s One Hour Translation app, the fastest professional translation service in the world with more than 15,000 active translators in 100 countries, has been named the top mobile application to use while cheering on your team at the Sochi Olympics. The UK newspaper, The Telegraph, cited OHT as the best of five apps to use when following the Winter Games.

One Hour Translation, which has its headquarters in Israel, is offering a free translation service for over 70 languages during the Olympics. Twitter users need to tweet @OHT with an image or text to be translated and the company will send a real-time translation from a professional translator. For example, “@OHT Where is the skating rink? English – Russian.”

The Israeli startup’s Twitter hub is also providing news updates, travel directions, and communication advice for those in Sochi.

OHT raised $10 million in its first funding round in early January 2014. The round was led by VC firm Fortissimo Capital and managed by Yuval Cohen, who also happens to be the chairman of SodaStream.

One Hour Translation’s users include Coca-Cola, Shell, the US Army, IBM, Pfizer, Avon, and Xerox, among many others.

UNCOVER ISRAEL - Get the ISRAEL21c
Weekly Edition free by email
Sign Up Now!
Bring Israel's story to life.
Millions of people around the world rely on us to gain a deeper understanding of Israel. We are the trusted source for original content you won't find anywhere else.
You can make a difference. Donate today to support journalism that brings Israel’s story alive.
SUPPORT ISRAEL21c
Read more on:   News, twitter, Sochi, One Hour Translation, Israeli apps