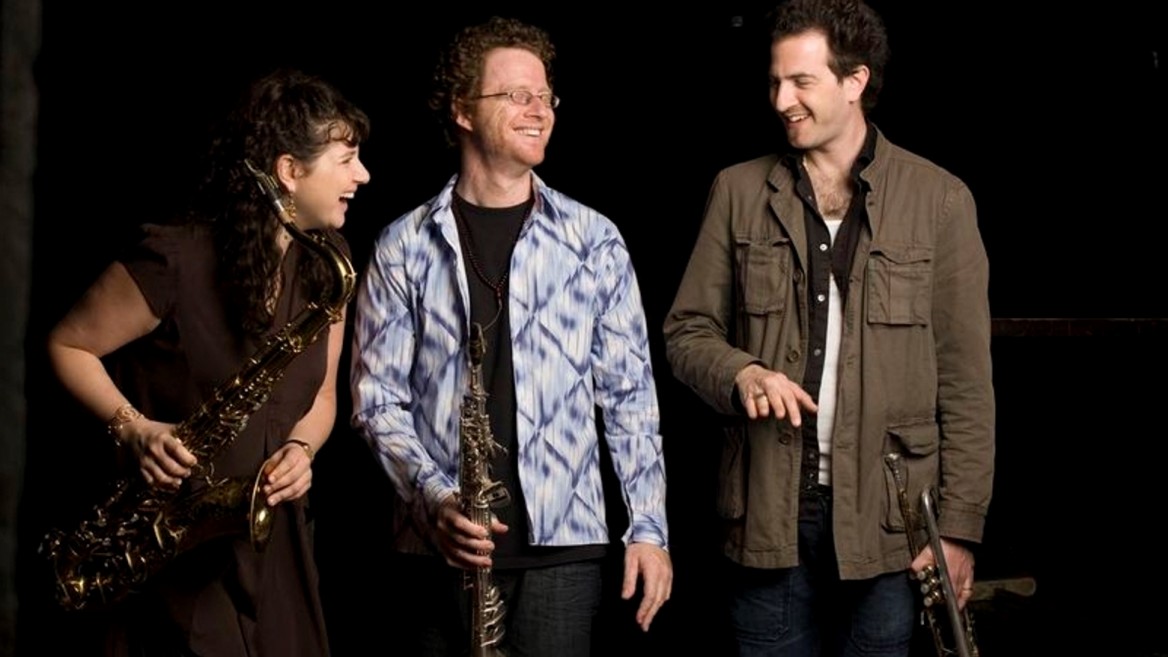 How does one raise three children to become world-class jazz musicians?

Bilha and David Cohen aren’t exactly sure how Yuval, Anat and Avishai — who record and tour separately and together as “The 3 Cohens” — all ended up on the same page — that is, stage.

“I don’t know how it worked,” the siblings’ mother confesses to ISRAEL21c in an interview from her Tel Aviv home. The following day, she was flying to the Umbria Jazz Festival in Italy to see Anat, recently named Clarinetist of the Year by the Jazz Journalists Association for the fifth straight year.

A former kindergarten music teacher, Bilha Cohen ferried her kids to lessons at the Jaffa Music Conservatory three times a week. But that was their choice.

“We never pushed them,” she stresses. “Anat began playing a small organ when she was six, and took up the clarinet when she was 12.” Yuval claimed the saxophone at age nine. Avishai requested trumpet lessons when he was eight. “Can you imagine hearing different wind instruments playing in our house at the same time?” Bilha says. “It was crazy.”

It’s not so crazy anymore as the Cohens reap the satisfaction of having reared a trio with many albums under their belts and regular appearances in the United States, Europe, South America and Israel.

“It’s really fun to play with Anat and Avishai, because we know each other and respect each other so well,” says Yuval, born in 1973 and the father of twins entering first grade at the same Tel Aviv school of arts that the three of them attended as children. “I think every kid is an artist,” he tells ISRAEL21c.

“The Jaffa Conservancy was a real youth hangout, and that helped make our music a beloved thing. The better you get, and the more established you get, the more it evolves into a career path.”

Setting a pattern for his siblings, Yuval studied jazz at the Thelma Yellin High School for the Arts in Givatayim, and graduated in 1996 from Boston’s Berklee College of Music. He had received scholarships from the America-Israel Cultural Foundation and served as a saxophonist, arranger and co-conductor for the Israel Defense Forces Orchestra from 1991 to 1994.

In 1997, about to begin a master’s degree at the Manhattan School of Music on a full scholarship, he landed in the hospital for surgery to remove a spinal cord tumor.

“The dream was down the drain, and I had to go back home for rehab,” he says now. “It took me a long, long time to go back to playing because my hand is damaged. According to my doctors, it’s against the odds that I am playing today.”

While fighting his way back to a professional level, he went to law school at Tel Aviv University.

Yuval’s debut CD, “Freedom” (2007), was followed by “Song Without Words,” a duo with pianist Shai Maestro, in June 2010, just before he received his master’s in composition from the Rubin Academy for Music and Dance in Jerusalem, he won Israel’s prestigious Landau Prize for jazz performance.

The only one of the three living in Israel, Yuval teaches at Rubin as well as at the Rimon School for Jazz and Contemporary Music, Thelma Yellin High School and the Tel Aviv Music Conservatory.

“People really enjoy hearing The 3 Cohens. We had a very blessed year, touring in places like Brazil, Canada and Australia,” says Yuval. “Sometimes if we have a gig in the same spot, we stay there for a few consecutive nights, so that’s a chance to get more time together.”

“My brothers and I probably represent the state of Israel in our travels around the world,” Anat tells ISRAEL21c.

She believes they collectively convey a positive image of Israel, “not in the notes we play but in our message of being good, nice people and caring about others.” 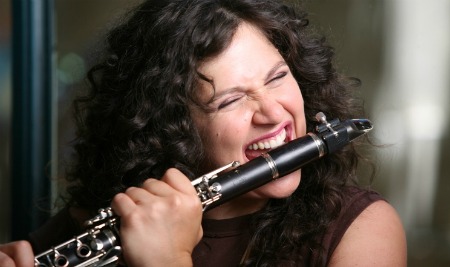 Tel Aviv-born jazz clarinet player Anat Cohen was just named Clarinetist of the Year by the Jazz Journalist’s Association for the fifth year in a row. Photo by Osnat Rom

But asked to name her musical role models, she mentions Louis Armstrong, Sidney Bachet — and her brothers. “When we play together, it augments the experience immensely,” she says.

After majoring in jazz at Thelma Yellin, Anat played tenor saxophone in the Israeli Air Force band and successfully auditioned for Berklee’s traveling representative in Tel Aviv — as did Yuval and Avishai each in turn.

“It was a stage in life where we followed each other,” she explains. “Yuval was the first to go to Berklee, so it was natural for me to follow him.”

Her album “Place and Time,” was named one of All About Jazz-New York’s Best Debut Albums of 2005. “Notes From The Village” (2008), featured her quartet including pianist Jason Lindner, bassist Omer Avital and drummer Daniel Freedman — musicians who also perform frequently with her brothers.

Speaking with ISRAEL21c during a summer trip home with his wife and two preschoolers, Avishai describes the siblings as “four different entities. We all perform separately and together. In the past year, especially, we have been touring as The 3 Cohens, and that is probably closest to my heart. You get to create music with incredible musicians whom you also know and love unconditionally.”

His latest CD, “Introducing Triveni,” was recorded with Avital and drummer Nasheet Waits and released in 2010.

Avishai began playing with the Rimon Big Band at age 10 (“I had a box I stood on”) and toured with the Israeli Philharmonic Orchestra as a teen. He is in several ensembles — Triveni, Third World Love, Tea for 3 and the SF Jazz Collective, comprised of eight award-winning bandleaders and composers, of whom he is the youngest at 33.

He is nearly constantly traveling between shows, recording sessions and jazz festivals. Close as he is with his siblings, he can’t always keep track of them.

“On our way back recently from Australia after a 3 Cohens performance, Anat told me she was staying in LA to play at the Playboy Jazz Festival. I had gig there too, and didn’t even know she also did. I met her again at the Montreal International Jazz Festival [in June and July]. We missed each other’s shows, but we got to have a beer the night in between.”

This summer, Avishai is touring Europe with Tea for 3, which includes trumpeters Dave Douglas and veteran Enrico Rava. He and Douglas will teach at a jazz summer camp in Siena, Italy, before a short tour with pianist Lindner and guitarist Lionel Loueke in Sicily.

“We have another Tea for 3 show after that, then I have the Newport Jazz Festival with Triveni, and a week of 3 Cohens shows at the Village Vanguard,” he continues. And we haven’t even gotten to December.

Avishai good-naturedly disputes the family joke that he took up trumpet because it has only three valves. Like his mother, he’s hard put to explain why the siblings kept at it.

“It never occurred to me to stop. From the time I was 11 or 12, I already knew this was what I would do in my life,” says Avishai. “We all had a natural talent for music.”