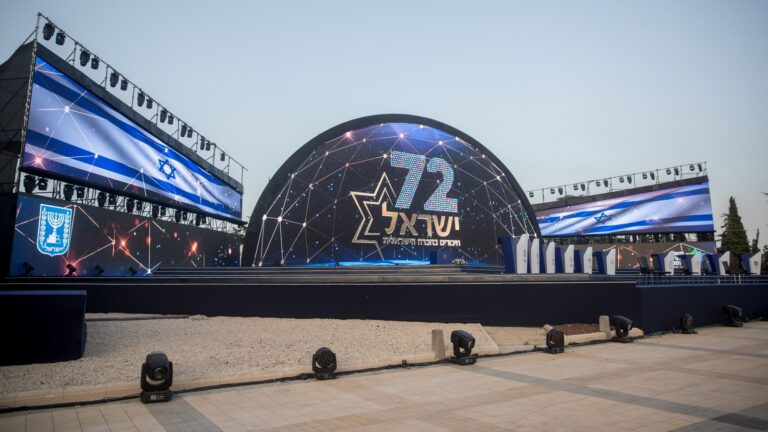 View of the stage at Mount Herzl in Jerusalem, where the official national celebrations will be held without an audience in honor of Israel's 72nd Independence Day, April 29, 2020. Photo by Yonatan Sindel/Flash90

On the eve of its 72nd anniversary of modern statehood, Israel’s population stands at approximately 9,190,000 residents, according to the Central Bureau of Statistics.

This number represents nearly a 2% growth in population since last Independence Day. Over the course of the past year, some 180,000 babies were born, 32,000 immigrants arrived and 44,000 people died.

The Central Bureau of Statistics projects that Israel’s population will reach 11 million by 2030, and 15.2 million by its centennial year in 2048.

The main countries from which immigrants came in the last year were Russia and Ukraine, making up more than 80% of the total altogether. The other 20% are from the United States, France, Asia and Africa. Immigrants have continued arriving even during the coronavirus pandemic.