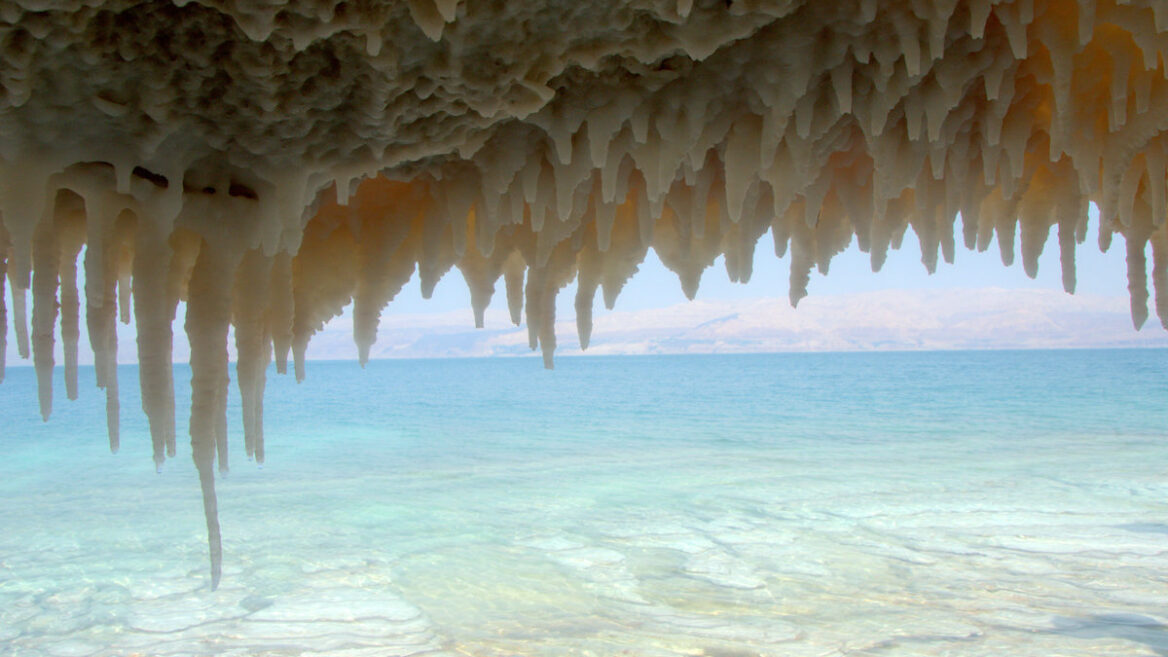 “Hanging Salt Stalactites,” a photo of the Dead Sea by Noam Bedein

In an effort to prevent the sea from “vanishing completely,” Bedein says, he is auctioning 100 of his Dead Sea photographs on OpenSea, the world’s largest NFT (non-fungible token) marketplace, from March 22 (World Water Day) to April 22 (Earth Day).

The project, called Genesis NFT, is also sponsored by The Dead Sea Museum’s director, Ari Leon Fruchter. The auction’s currency is in NFTs, which are digital assets stored on the blockchain.

“We are using futuristic tools to help preserve an ancient body of water,” Bedein tells ISRAEL21c. “People can own a digital photograph which serves as a testament to this enchanted water treasure.”

Proceeds from the sale will be used for legal and legislative efforts to restore water to the Dead Sea. 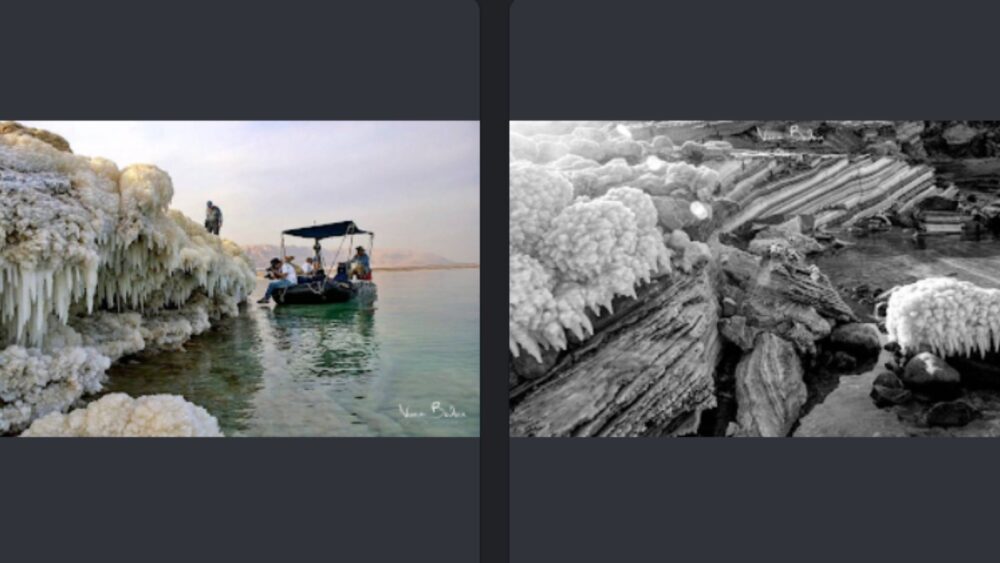 In 2016, Bedein, an environmental art activist, set off on his kayak to photograph the breathtaking wonders of the Dead Sea, the lowest place on Earth. Traveling in the northern part of Dead Sea, an area inaccessible by car, he snapped pictures of what he calls “enchanted panoramas.”

However, when he returned the next time, he didn’t recognize any of the sites. The entire landscape had changed, he said, and “it hit me hard.” He realized that at this rate, his children and the next generation “will not have the Dead Sea as a world heritage site to explore or experience.”

By purchasing a digital asset representing one of these photos, he says, “people can help preserve this magical place.”

“I realized that the next generation will have no idea what was once here,” Bedein says. “For the past 25 years, there was only one solution Israel and Jordan were working on to save the Dead Sea, called Red Sea-Dead Sea. This $10 billion project has been officially off the table these past few months. Today, there is no official solution to rescue the Dead Sea; neither the State of Israel or the Kingdom of Jordan are working to solve the crisis.”

He said he hopes that the Abraham Accords will help spark regional cooperation in water management. 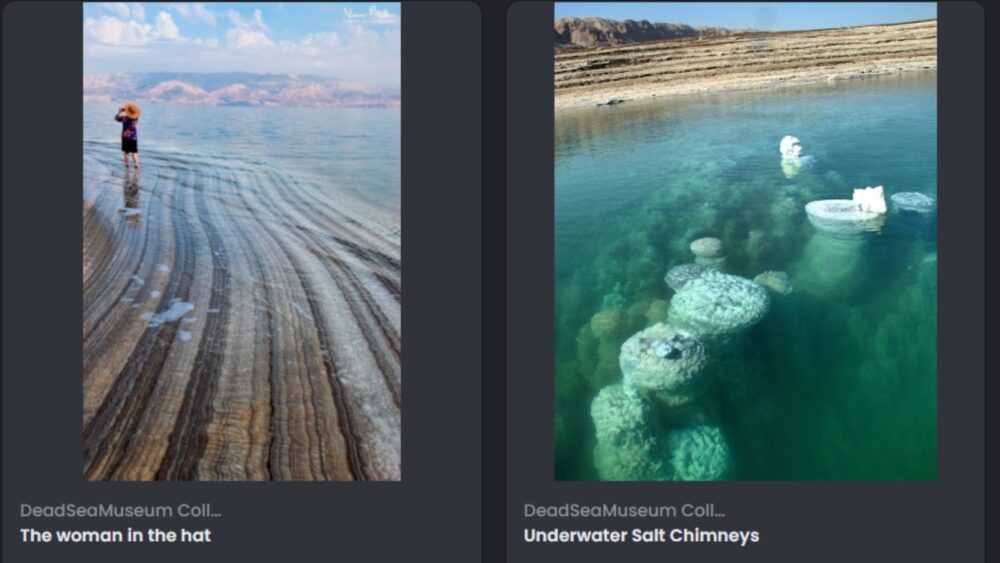 There is growing interest among officials in countries in the region to work together, he said.

Jordan is now the fourth driest country in the world, Bedein said, and its leaders are hoping to join forces with the UAE and Israel to find ways to receive fresh water.

Factories that use the minerals of the Dead Sea “can be part of the solution,” Bedein said. They can pump in fresh water into the Kinneret (Sea of Galilee) and the Jordan River to counter the shrinkage.

Currently, the Dead Sea is at its lowest level in recorded history and its surrounding area has more than 6,000 sinkholes. Draining the water in the sea causes the ground to collapse.

While experts say the Dead Sea will continue shrinking if action is not taken but will never completely disappear, Bedein points out that it’s “a complex reality and situation.”

Visit the virtual Dead Sea Museum here until Fruchter raises enough funds for a permanent museum in the city of Arad, 16 miles from the Dead Sea.

UNCOVER ISRAEL - Get the ISRAEL21c
Weekly Edition free by email
Sign Up Now!
Bring Israel's story to life.
Millions of people around the world rely on us to gain a deeper understanding of Israel. We are the trusted source for original content you won't find anywhere else.
You can make a difference. Donate today to support journalism that brings Israel’s story alive.
SUPPORT ISRAEL21c
Read more on:   Spotlight on Israel, Environment, Dead Sea, Abraham Accords, Dead Sea Museum, Dead Sea Revival Project