Photo by Karolina Grabowska from Pexels

The heart has four valves that keep blood flowing in and out — the mitral, tricuspid, pulmonary and aortic valves. Every valve has flaps called “leaflets” that open and close during each heartbeat.

The aortic valve is the main valve through which blood is pumped to the body. When it does not open completely, usually due to calcification, this narrowing is a serious condition called aortic valve stenosis that can damage the heart.

Aortic stenosis mainly affects people over age 75, but also can affect younger adults. Sometimes, children are born with this condition.

Aortic stenosis is usually treated by replacing the valve with a prosthetic valve. This can be implanted surgically or, more commonly today, via a minimally invasive transcatheter aortic valve replacement (TAVR).

But either way, the artificial valve will degrade over the course of several years and need replacing. Wouldn’t it make more sense to treat the calcification first, delaying the need for a prosthetic valve?

That was the novel notion behind the founding of Rehovot-based Pi-Cardia in 2009. 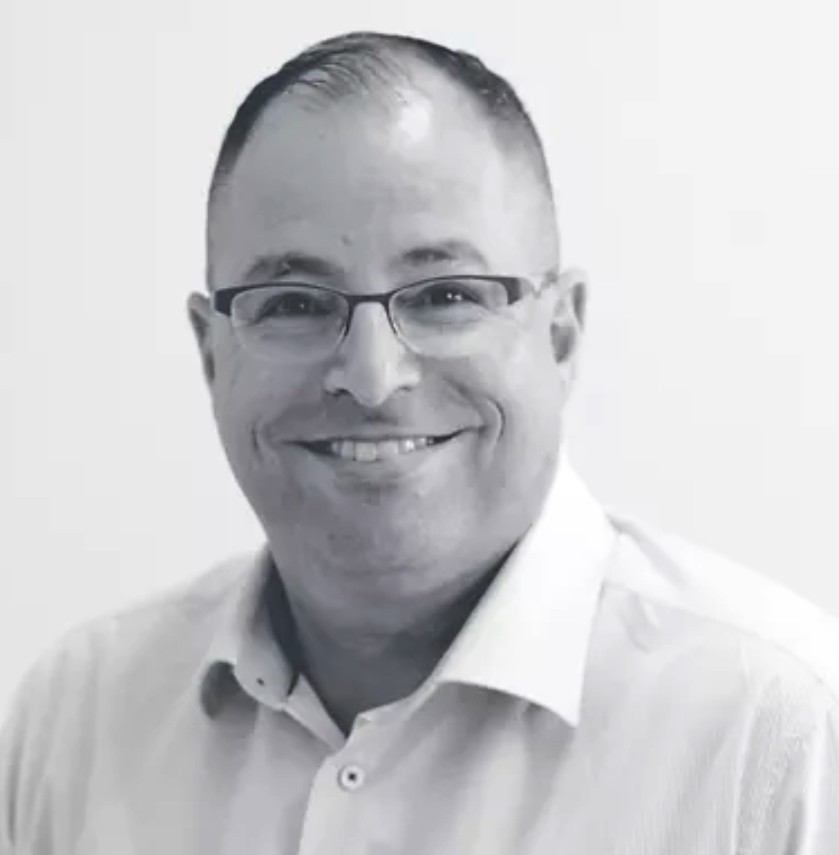 “We saw that calcium grows into the leaflets and slowly begins to hinder their motion or mobility,” said cofounder and CEO Erez Golan.

“The main idea behind Pi-Cardia is to repair the aortic valve without replacing it with a prosthetic valve. This is a very new and unique approach.”

This procedure, which restores flexibility and functionality, is done through a catheter without opening the chest.

The device is currently in human clinical trials across Europe, supported by a $27 million funding round in April 2020 led by European life sciences venture capital firm Sofinnova Partners.

In July 2020, Pi-Cardia signed a deal with China’s Venus Medtech, a strategic investor, to further test its products for eventual introduction into the Chinese market.

“With large numbers of lower income aortic stenosis patients in China, the Leaflex technology could provide treatment possibilities to an otherwise overlooked and undertreated sector,” said Runlin Gao of Fuwai Hospital Chinese Academy of Medical Sciences and the National Center for Cardiovascular Diseases. 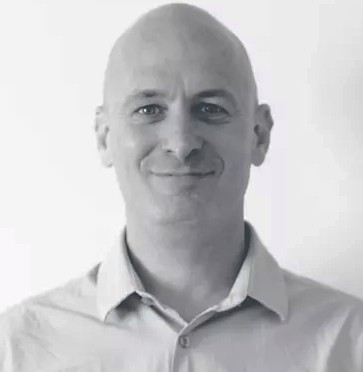 Erez Golan and cofounder Eyal Kolka are physicists who had worked together for years, first in defense-sector R&D and then in a series of medical device companies.

TopSpin Medical, their first joint startup founded in 1999, developed a miniaturized MRI camera on the tip of a catheter. ClearCut Medical, another joint venture, developed a portable MRI for detecting the margins of a tumor during breast cancer surgery.

At Pi-Cardia, their first priority was to develop Leaflex for aortic stenosis patients who did not yet have a prosthetic valve. (The name of the company uses the mathematical constant “pi” to allude to the goal of achieving a circular opening of the valve.)

Then they began working on a solution for patients who already have a prosthetic valve and need a new one.

Today, most second valve replacements are TAVRs. The TAVR market, currently estimated at $5 billion, is predicted to double over the next few years as this catheter-based procedure is preferred over open surgery, particularly for younger patients.

The problem is that the leaflets of the existing prosthetic valve can get trapped during a TAVR procedure. This may lead to coronary artery obstruction and can be life threatening. 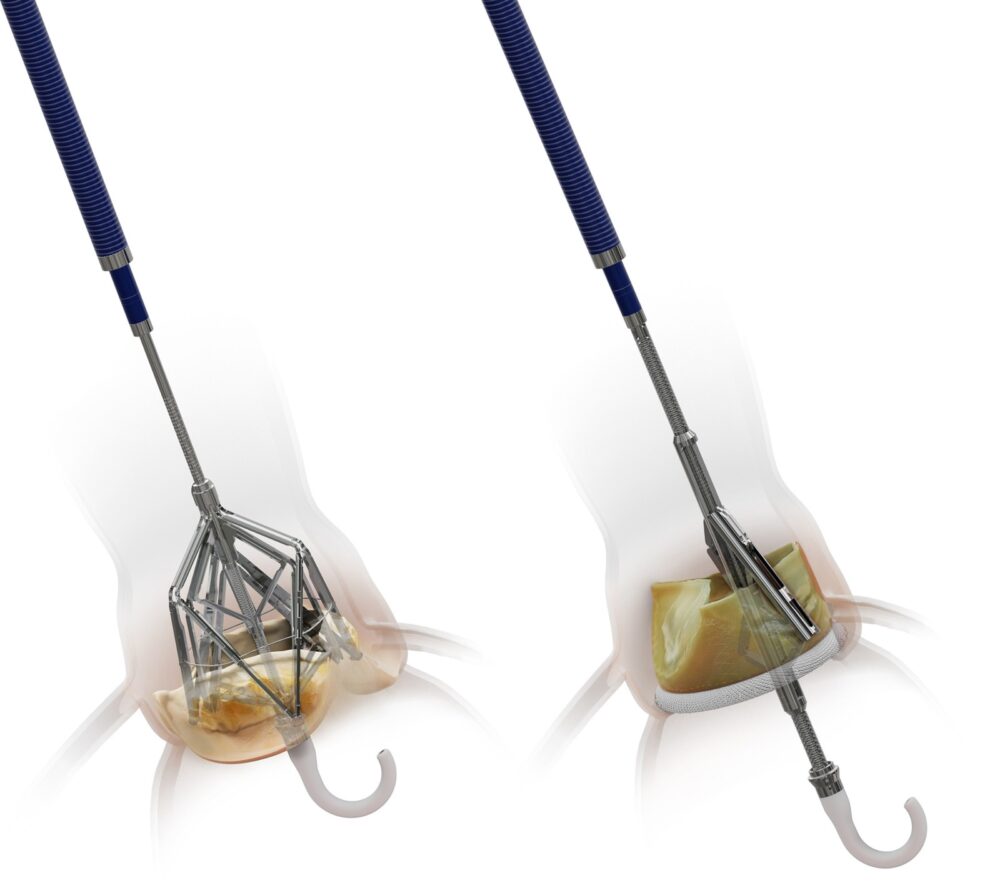 The Leaflex device, left, scores calcification in the aortic valve. The ShortCut device, right, splits the leaflets of a previous prosthetic aortic valve to ensure safer placement of a new one. Photo courtesy of Pi-Cardia

“ShortCut splits the leaflets of the previous surgical valve so the blood can flow through the coronaries once the second prosthetic device is put in,” Golan explains.

As with Leaflex, the minimally invasive ShortCut procedure requires no open-heart surgery.

Although it does not yet have regulatory approval, ShortCut already has saved high-risk patients in five “compassionate use” cases during 2021. Three were performed in Berlin and two in Jerusalem’s Shaare Zedek Medical Center.

“We were able to successfully treat three patients with degenerated valves who were at risk of coronary obstruction after TAVR with the ShortCut device,” said Dr. Jörg Kempfert of the German Heart Center Berlin.

“We were able to effectively split the target leaflets in all patients within just a few minutes, allowing for safe implantation of both self-expandable and balloon-expandable TAVR valves.”

Dr. Ulrich Gerckens, who oversaw these cases in Berlin, said, “Lifetime management in aortic stenosis is critical, especially as we treat younger patients. Therefore, a simple dedicated tool to prevent coronary obstruction that can easily be utilized across all TAVR centers is greatly needed in the field.”

A European clinical trial of ShortCut is beginning, said Golan.

“As the number of patients with aortic stenosis continues to grow, both Shortcut and Leaflex may offer important new treatment options for both physicians and patients,” Golan said.

UNCOVER ISRAEL - Get the ISRAEL21c
Weekly Edition free by email
Sign Up Now!
Bring Israel's story to life.
Millions of people around the world rely on us to gain a deeper understanding of Israel. We are the trusted source for original content you won't find anywhere else.
You can make a difference. Donate today to support journalism that brings Israel’s story alive.
SUPPORT ISRAEL21c
Read more on:   Health, Technology, heart disease, aortic valve stenosis, Leaflex, ShortCut, Pi-Cardia