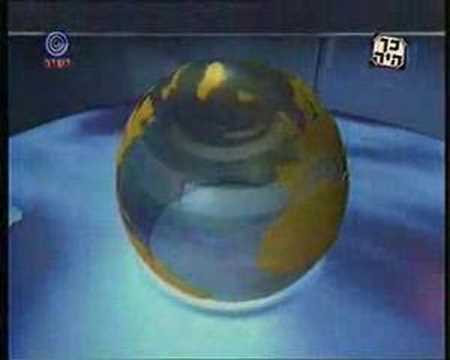 First, some facts: it is true that Israel’s first prime minister, David Ben Gurion, opposed introducing television into the new State of Israel. It is also true that television made it through the back door as an instructional tool in 1966, when Israel Educational Television (IETV) began broadcasting under the auspices of the Education Ministry, with programs initially received by 32 schools.

Needless to say, broadcasting was in black-and-white as the technology was less expensive and in keeping with the authorities’ frowning upon the whole affair. According to the Wikipedia entry on Television in Israel, “Arnon Zuckerman, the IBA director general from 1973 to March 1979, cites Golda Meir (Israel’s Prime Minister 1969-1974) saying about color television, ‘It is so artificial, I know it from America. There is no need for this’.”

No need, perhaps, but by the mid-seventies you couldn’t get black and white equipment so by dint of circumstance, Israeli consumers were only able to buy color televisions while IBA was forced to purchase color-enabled gear. You would think that Israel would have then naturally segued into color TV broadcasting and viewing… but you would be wrong.

Please note the underlying lunacy in this cut-and-dried account of what actually happened, again from Wikipedia: “According to Yair Lapid’s biographical book about his father, Tommy Lapid, who was the IBA director general from April 1979 to March 1984, the IBA had the necessary equipment for filming and broadcasting in color for nearly a decade before putting it into use; however the introduction of color transmissions was halted due to political pressure and threats of industrial actions.”

“Industrial action” refers to IBA technical staff who felt threatened by the introduction of video technology and color video at that. “Owing to this state of affairs, newscasts and other regular productions were filmed using black and white cameras; however many special productions ordered from private Israeli studios (in particular the Herzliya Studios) were filmed and taped in color.”

Then things got really crazy. “The Israeli government frowned upon the increasing import of color TV sets, which it considered a threat to Israeli economic stability and an improper pursuit of luxury, which allegedly increased social gaps. Therefore, the government ordered IBA and IETV to broadcast entirely in black and white and erase the color from any color-taped telecast.”

I know. IBA is beginning to sound like that movie Pleasantville.

It wasn’t perfect. “According to a report in Yediot Aharonoth from January 1979, the client had to manipulate the switch every 15 minutes on average in normal conditions, or up to 10 times an hour when special problems occurred, in order to restore natural colors or if the picture suddenly turned black and white.” But it served the public well enough until 1981 when the government allowed IBA and IETV to film productions in color.

Did I say 1981? I meant 1983 when the first IBA nightly newscast broadcast in color, because it took another two years to arrange for a settlement with the technicians’ trade union, who were demanding higher salaries for operating color equipment.

But the idiocy doesn’t end there. in 1990, the government approved the establishment of a Second Authority for Television and Radio and Channel 2’s Israeli News Company began broadcasting a nightly newscast in 1993. At 8’o clock in the evening. Which brings us to another dumb IBA decision.*

Imagine, if you will, that you are in charge of a nightly news broadcast with — get this — a 100% audience share!!! You have gravity and authority. For 25 years without a break, the entire country automatically turns to your show after dinner at 9 o’clock at night. Suddenly, a untried, untested competitor appears with an 8 o’clock news broadcast. What do you do?

Well, if you’re IBA, you move your news broadcast, a national mainstay whose nightly viewing is an ingrained habit, to 8 o’clock, too, and lose your market share. They still haven’t recovered from that self-administered shot in the foot.

Which bring us today’s news about the 8 minutes to 8 thingie. Haaretz reports that, in true IBA fashion, a tussle is in the works between management and staff. “Negotiations have been underway in recent weeks. The workers’ committee claims that the changes, including some in human resources, were made without any consultation. The broadcasting authority, however, says the committee is making demands unconnected to the channel changes – salary levels, for example.” Well, it’s nice to have traditions.

*Some of IBA’s other slights against the public include bellyaching about salaries and how they’re under threat of being closed down, the lack of imagination that led them to sue the Israel Olympic Committee for misappropriation of IETV’s Kishkashta character instead of turning it into a win-win by granting the rights and bringing the beloved comic cactus international fame, plus their tendency to imply that in a national emergency they will simply shut off the tap and we’ll all be forced, once again, to watch IBA while sitting in our sealed rooms. But the real offender is the annual television tax, known in Hebrew as ha-agra — or as I call it, the agrrraaauuuggghhh! — which is supposed to fund quality programming. Here, you might compare IBA to the Ricky Gervais movie, The Invention of Lying, about a fact-based existence where even the most major of movie productions feature dour seated personages reading aloud from books about historical events. But that’s supposed to be a joke, kids, not reality.