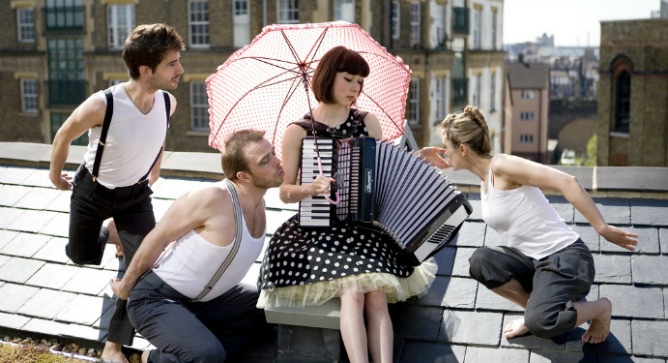 A scene from Attias’ Draw Me a Bird.

No translation was required when Israeli-born Daphna Attias brought her London children’s production, Draw Me a Bird, to the Holon Mediatheque in May during the International Festival for Children. This wordless play, described as a “delicately choreographed fable,” communicates visually and musically.

But Attias is certainly capable of bridging the English-Hebrew divide. She speaks both languages flawlessly despite having moved to London only in adulthood. As a senior at Alon High School in Ramat Hasharon, she helped translate an English play called Lear’s Daughters into Hebrew and directed the production to earn her matriculation diploma.

She and her partner, the Israeli musician Yaniv Fridel, speak Hebrew to their two-year-old son. So the toddler was perfectly comfortable in the Tel Aviv home of his maternal grandparents, who hosted the entire company from Peut-etre Theatre for children, which Attias founded in London about four years ago.

“My dad is taking them to Jerusalem and the Dead Sea – he’s so excited to be showing them around,” Attias tells ISRAEL21c a week before the show on May 29. “My job is to show them the restaurants and beaches of Tel Aviv. I love Tel Aviv; it’s an amazing city.”

Born in 1979, Attias grew up in Herzliya and Tel Aviv. “Unfortunately,” she jokes, “I always had an interest in theater. I was never interested in math or law or anything like that. From an early age, I wanted to be a director. I don’t know what it was in me that wanted to bring it all together, but going to Alon helped me get into it even more.”

Her army years were mainly spent in rehearsal and recording studios, producing shows by military troupes. Then she studied for two years at the School of Visual Theater in Jerusalem, where she grew to appreciate dance and other non-verbal forms of entertainment.

Today she describes herself as “making new work that is at the crossing point of performance, site, dance and music.” She is founder and co-artistic director of London’s Peut-être Theatre and dANTE or dIE Theatre for adults, which presents site-sensitive contemporary dance theater in spaces such as the National Theatre and the Royal Opera House. Fridel writes all the music for her productions.

Draw Me a Bird was inspired by a retrospective she saw on the works of the French poet Jacques Prevert. She bought his books and had the poems translated, gravitating especially to one called “Pour faire le portrait d’un oiseau,” or “To Paint the Portrait of a Bird.” The play inspired by that poem was performed by her company in London 100 times in 2011.

Attias relocated to England in September 2003, following a series of theatrical endeavors in Berlin, Amsterdam and Israel – including the Herzliya Theater Ensemble and Tel Aviv’s iconic Habima Theater. After earning a master’s degree in directing at the Central School of Speech and Drama of the University of London, she decided to stay. 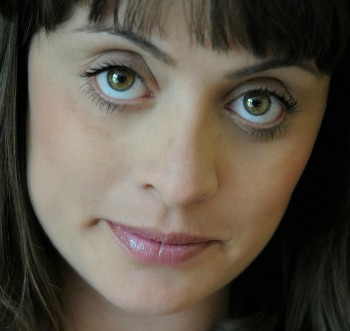 “Not too long after I graduated from Central, I worked with one of my teachers, Ayse Tashkiran, a movement director of Turkish-Cypriot background, to make a piece inspired by two tape recordings I’d found of my grandmother and great-grandfather singing in Ladino,” Attias says. “I was so moved by these tapes even though I was not at all brought up with Ladino. My dad could sing along with bits of it, and I saw how language disappears over the generations.”

The show, Chi Chi Bunichi, explored the themes of migration and mixed heritage. “We toured with it all over Europe, including at the Jewish Cultural Festival in Poland, and in Romania and the UK,” she says.

About a year ago, she met with Roni Pinkovitz, artistic director at Holon’s Mediatheque, to discuss promoting high-quality children’s theater. “And now he’s invited me to perform here and run workshops. It’s lovely to work in Israel again and to work in Hebrew. I very easily fit back into the mentality,” says Attias, who was pleased with the enthusiastic reaction to the opening performance.

She and Fridel are happy in London, working with artists from across the world. “At the moment, that’s our base. I feel that when it’s time to go back [to Israel], I’ll feel it,” she says.