Billions of dollars, hundreds of mice and decades of years are sacrificed to research and development for the average pharmaceutical – with no guarantee of success. Nothing about that equation makes sense anymore.

And that’s why some of the most impressive minds in science are behind Israeli startup Quris, which is rolling out the world’s first clinical-prediction AI (artificial intelligence) platform to evaluate the safety and efficacy of new drugs.

This newly launched, highly scalable automated platform can test thousands of novel drug candidates at once, on hundreds of miniaturized “patients-on-a-chip.”

Using AI to predict which drug candidates will safely work in humans is expected to improve efficacy and cut drug development costs dramatically.

“We are at the tipping point of the modernization of drug discovery. I think the Quris platform could be of significant value to pharma companies and the health of society at large,” said Langer, one of 12 Institute Professors at MIT.

Saving money and time is the biggest advantage. Eliminating or at least minimizing the use of rodents in drug testing is also important, and not only for animal welfare reasons.

“We are not mice, so what works in animal-based trials is not a proper indicator of what will work for people,” explained Ciechanover, a physician and research professor at the Technion – Israel Institute of Technology in Haifa.

“Using a breakthrough way to test drug candidates on miniaturized patients on chips, Quris can demonstrate their safety and efficacy, or lack thereof, through preliminary chip-based clinical trials. This has never been done before,” said Ciechanover.

“Quris is the first AI platform to predict which drug candidates will safely work in humans, filling a critical gap in clinical prediction,” Bentwich says. 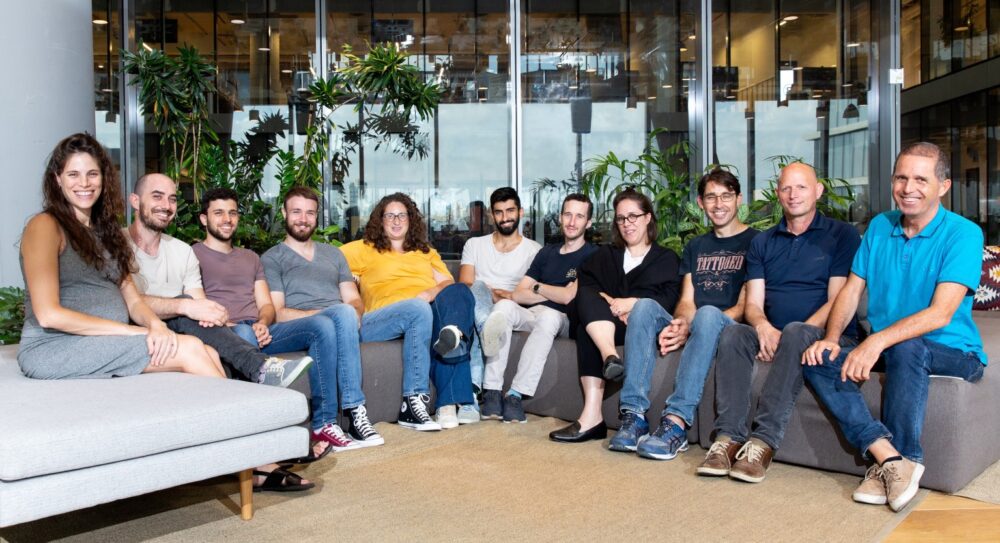 Part of the Quri team in Tel Aviv, with CEO Isaac Bentwich at right. Photo courtesy of Quris

While there are organ-on-chip technologies available to test the effect of drug candidates on, say, the liver, they cannot achieve high throughput.

“To generate large amounts of data, you need a platform to perform thousands of experiments, and the current organ-on-a-chip technology does not allow that to happen. It’s usually performed one organ at a time,” Bentwich explains.

“Our chip-on-chip solution does multiple such experiments to train the AI and let the AI define if the drug is safe or not.”

Joining together several organs-on-a-chip to build a patient-on-a-chip has proven cumbersome and unscalable, he adds, citing one such device built at Harvard that took up a big box filled with tubes and pipes.

“And that was just a single patient-on-a-chip. Our device is two-by-three inches and simulates a hundred patients on a chip by using different architecture and innovations in nanosensing. It’s much more scalable and inexpensive,” says Bentwich. Patient-on-a-chip technology will lower the cost and time of drug testing dramatically. Photo courtesy of Quris

Testing to see if a drug is toxic on a single patient-on-a-chip is better than testing it on a mouse. But it’s not perfect because different people react differently to the same drug, he adds.

“We generate stem cells, and from them different organs, so you have an entire clinical trial on a chip before testing on humans,” Bentwich explains.

“By testing thousands of drugs known to be safe or unsafe on male and female patients-on-a-chip from different genomic makeups, we are able to train the AI to create representative samples of populations based on many properties.”

And it made sense to focus on rare genetic diseases that cannot be modeled in mice and aren’t common enough to attract development dollars.

The first Quris drug addresses Fragile X Syndrome, the most common inherited cause of autism and intellectual disabilities worldwide. This drug candidate was developed initially at the Hebrew University of Jerusalem.

“Our Fragile X Syndrome drug is moving into clinical testing in the first half of 2022,” says Bentwich, noting that most AI pharma companies do not have drugs at the human clinical testing phase.

“This will be a test case to demonstrate how our system can bring a drug to market in five years with millions of dollars, not 20 years with billions,” says Bentwich.

“We are focusing generally on central nervous system disorders. Brain and liver diseases and cancer are the three areas where safety and efficacy failures of drugs are especially high,” he says.

In addition to 18 granted and pending patents, Quris has partnerships with the Technion for various aspects of development, with Tel Aviv University in nanotechnology, and with Hebrew University’s NewStem drug-discovery spinoff.

The company is doing all this with a lean team of about 20. 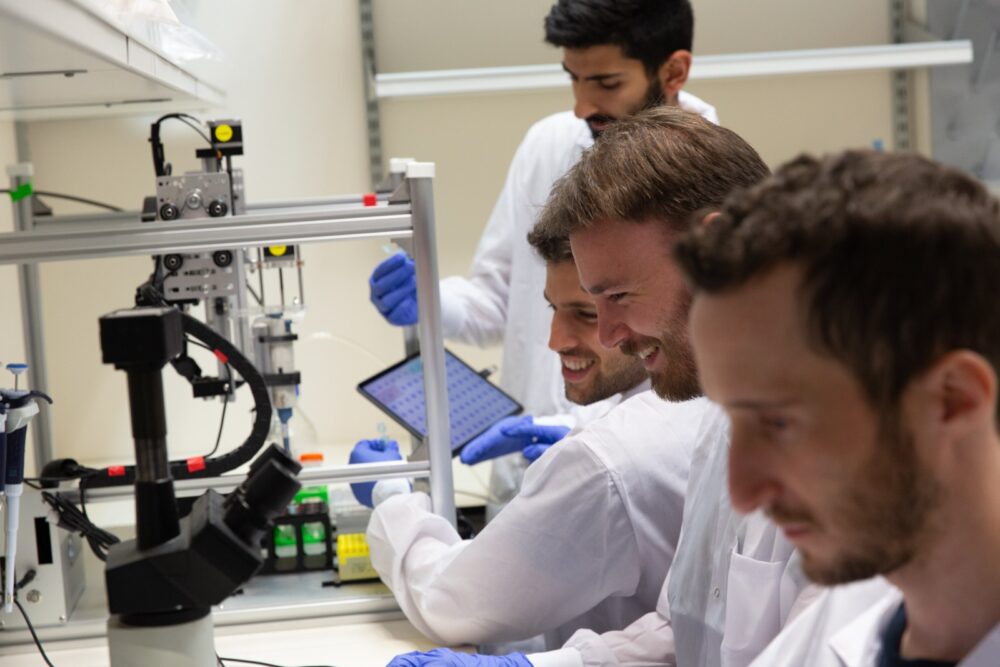 Some of the Quris team in Tel Aviv. Photo courtesy of Quris

Dr. Kobi Richter, founder and chief technology officer of Medinol, explained why he participated in Quris’ recent $9 million seed round.

“Our drug discovery process is broken, and technology darlings across biotech, artificial intelligence, machine learning and big data have not been able to overcome the colossal clinical trial failure rate,” said.

“With a remarkable team of scientific pioneers at the helm and its extraordinary clinical prediction platform, Quris will be a gamechanger for the industry and lead the next era of drug discovery,” Richter said.

UNCOVER ISRAEL - Get the ISRAEL21c
Weekly Edition free by email
Sign Up Now!
Bring Israel's story to life.
Millions of people around the world rely on us to gain a deeper understanding of Israel. We are the trusted source for original content you won't find anywhere else.
You can make a difference. Donate today to support journalism that brings Israel’s story alive.
SUPPORT ISRAEL21c
Read more on:   Health, Technology, drug testing, drug discovery, Isaac Bentwich, Quris, Animal Welfare