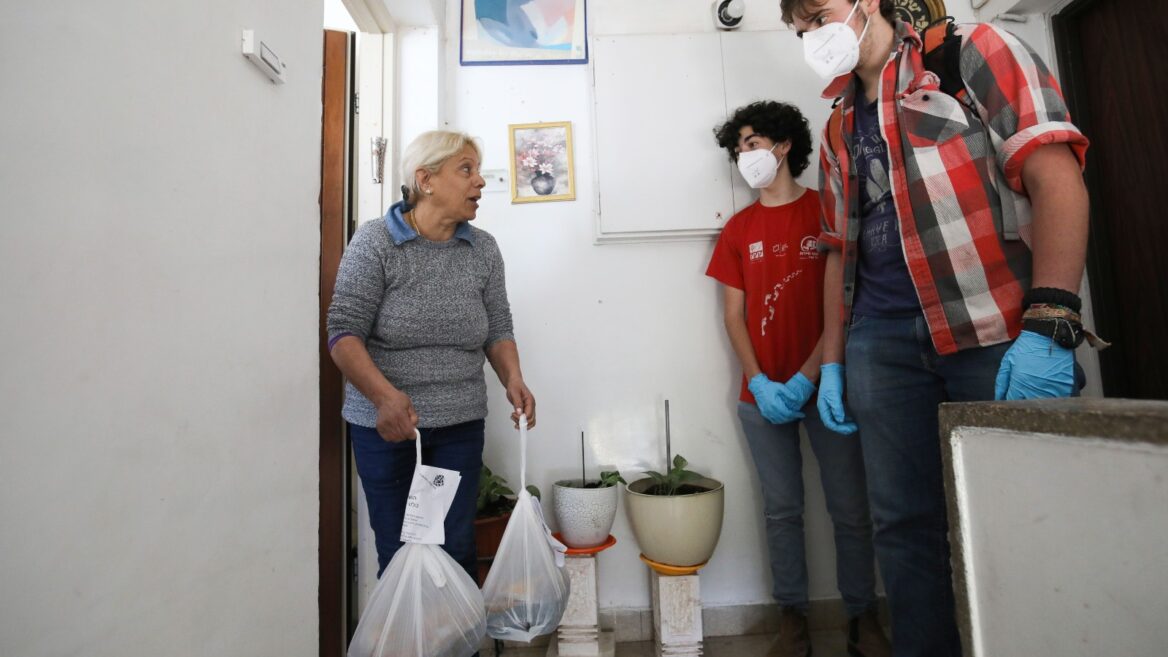 Before Covid-19, national nonprofit food bank Leket Israel rescued 9,000 meals per day from hotels and catering services for distribution to the needy.

The coronavirus not only put those hotels and caterers out of business, it also increased the number of households in desperate need of food.

“At the height of the first wave in mid-April we purchased 12,000 meals per day because no rescued meals were available,” says Leket Israel CEO Gidi Kroch.

“Now we’re rescuing about 4,000 meals per day, less than half of what we got before. And there are more people in need than before.”

Launched with a fundraising campaign at the end of July, Meal for Two invites the public to support two populations –independent restaurant owners and vulnerable Israelis — through one donation.

Contributions will be used to purchase high quality, nutritious meals from restaurants impacted by the current economic crisis for distribution to people who need it most.

“The corona crisis caused, among other things, the collapse of many restaurants, leaving restaurant owners and employees without a livelihood and with accumulating debts,” said Kroch.

“Meal For Two, a social initiative, will support both struggling businesses and the growing numbers of poor suffering from the severe economic crisis plaguing the country. Leket Israel will provide the knowhow, logistics and management resources required to facilitate the flow of prepared meals from participant restaurants to those in need.”

Kroch tells ISRAEL21c that Leket Israel is not taking any overhead on this project.

“Whatever funds come to the JGive site will go toward feeding people,” he said.

This will happen in three possible ways. “One model is we order from the restaurant and they deliver directly to individuals. A second model is we order bulk meals packed in thermal units and deliver them in the late morning to a soup kitchen to serve for lunch. A third model, for restaurants that cannot deliver, is to give vouchers to people to come and get the food if they want to.”

It is true that restaurant meals cost more than institutionally prepared meals, but Kroch points out that not only does this initiative help business owners, it also offers a rare opportunity for financially strapped individuals to feel a bit pampered.

“People don’t have much to indulge in these days, so why not indulge them a few times a week with restaurant meals, so everyone feels better?”

Kroch hopes that Israelis will consider contributing their economic stimulus money coming from the government. Meal for Two is being publicized only in Israel to encourage Israelis to support fellow citizens, but contributions can be made from anywhere.

Now it’s just a matter of getting enough funds to start the program. “We have a few family-run restaurants signed up and hope to get more,” says Kroch. “We’re also looking for partners, such as food ordering and delivery services, to help make this win-win project happen.”

Leket also distributes tons of fresh produce through its partner farms, a program that also has increased during the pandemic as ISRAEL21c reported in April.