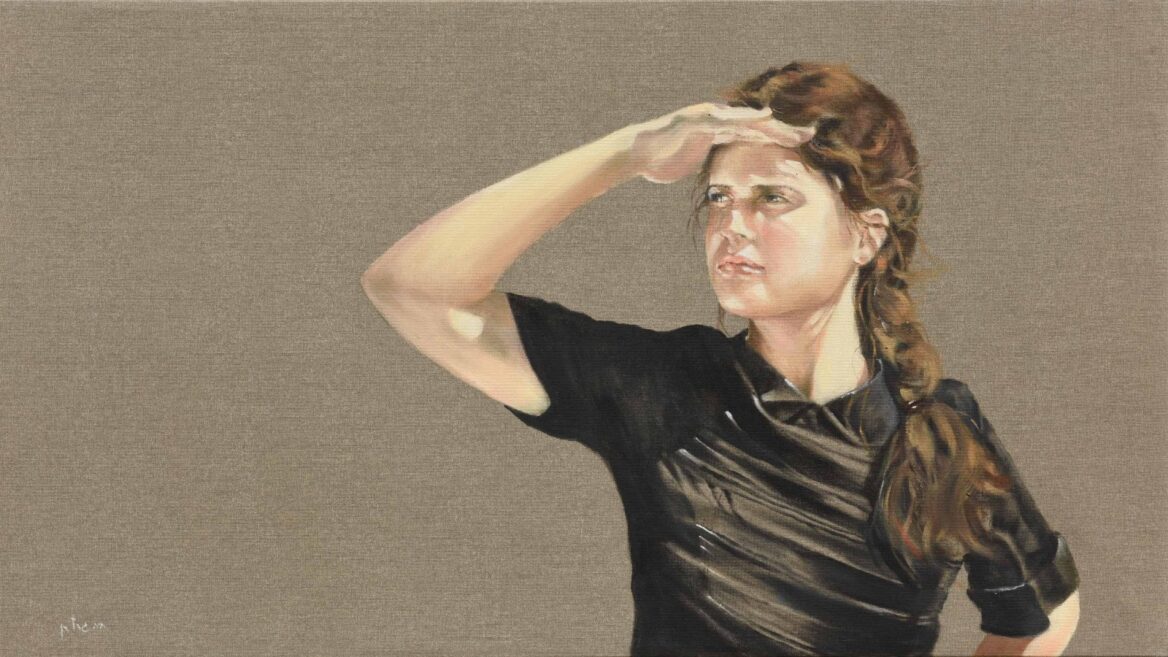 How many “she-roes” of Israel can you name?

The list would include physician Vera Weizmann, the first First Lady of Israel, who helped establish Chaim Sheba Medical Center, now the largest hospital in the Middle East; and second First Lady Rachel Yanait Ben-Zvi, who taught Jerusalem women how to grow vegetables, milk cows and make cheese so their husbands could go out and build the state. These and many other women who played – and continue to play — important roles in the history and culture of Israel will be immortalized later this year when the Israeli Women Museum opens in Haifa.

The museum will showcase at least 100 noteworthy but not necessarily well-known women, from architects to lawyers to choreographers, says founder Yael Nitzan. 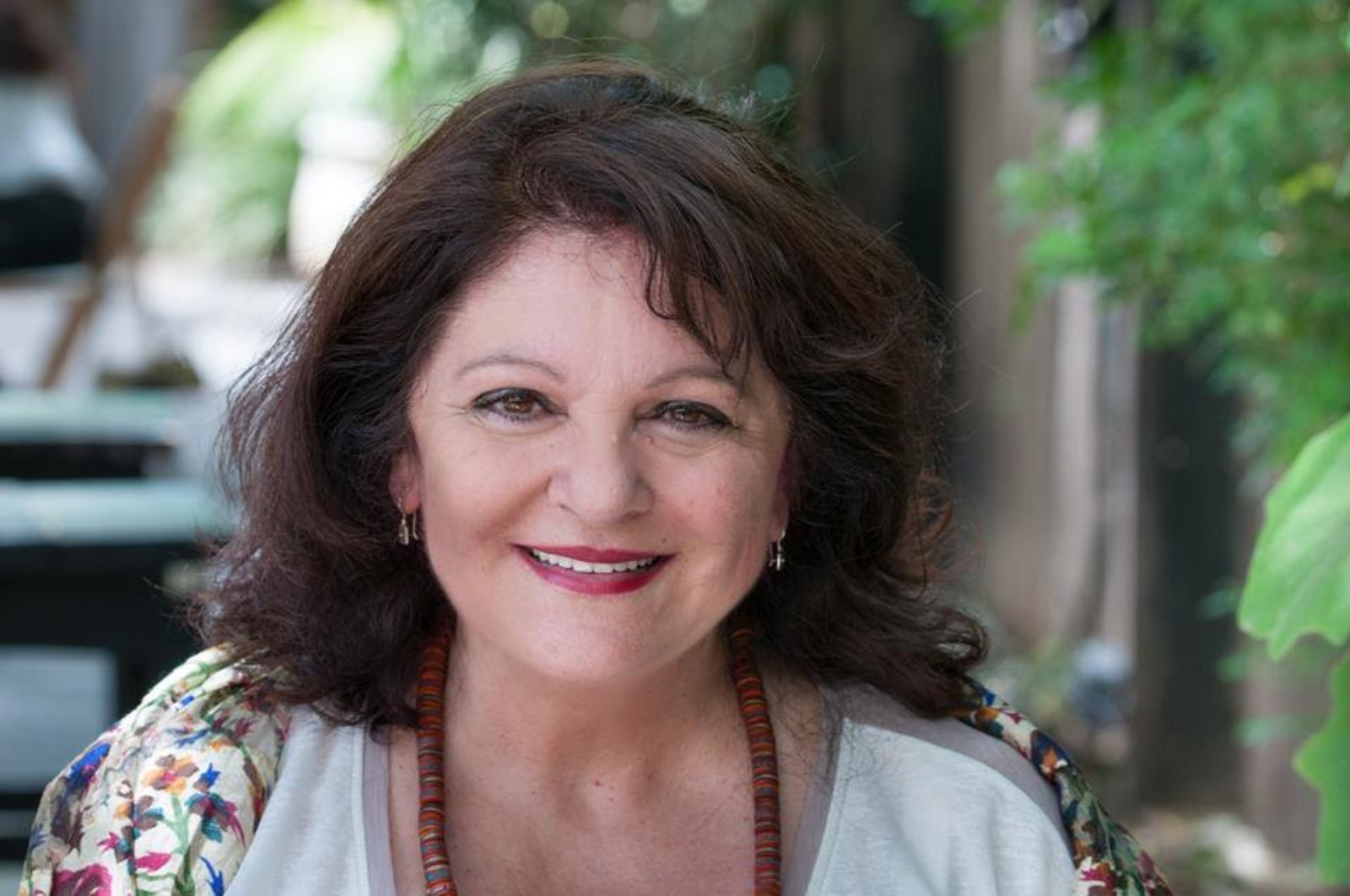 A curator, art historian and TV producer, Nitzan has overcome many roadblocks and setbacks in realizing her dream of opening Israel’s first museum dedicated to women.

“It was a struggle,” she admits. “Now with corona, the world has everyone sitting and listening, and in three months I accomplished what I could not accomplish in the past six or seven years.”

Nitzan gained help of the Haifa Foundation in raising funds for the project, and she was given the rights to a former private school building in which the collections will be housed. 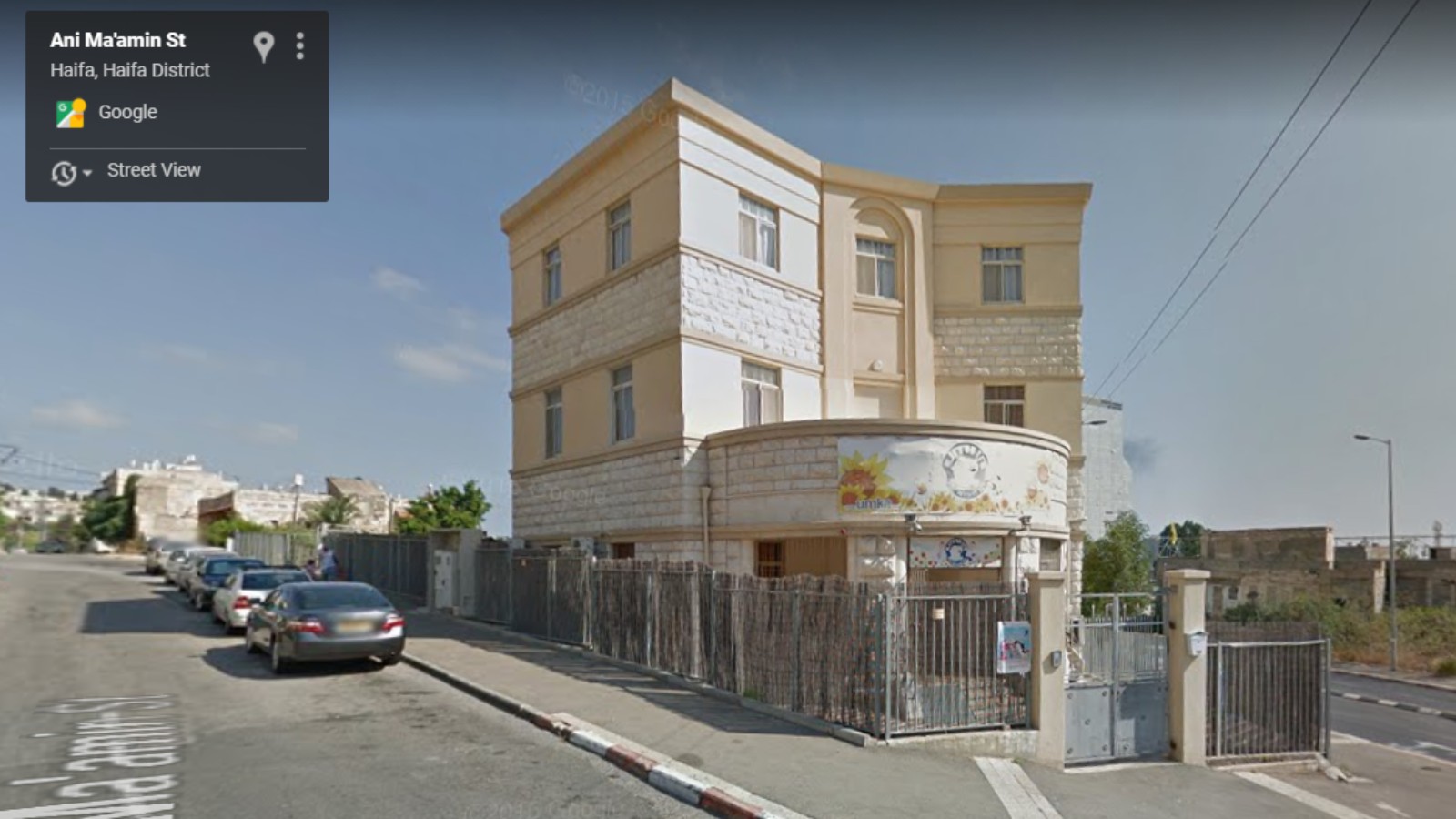 The Haifa building that will house the Israel Women Museum. Photo: screenshot

Brig. Gen. Gila Kalifi-Amir, former Women’s Affairs Advisor to the IDF Chief of Staff, agreed to chair the museum. The board was joined by fellow Haifa residents Nadim Sheiban, director of the Museum of Islamic Art; and Prof. Aliza Shenhar, formerly a deputy mayor, ambassador to Russia and first female rector of an Israeli university. 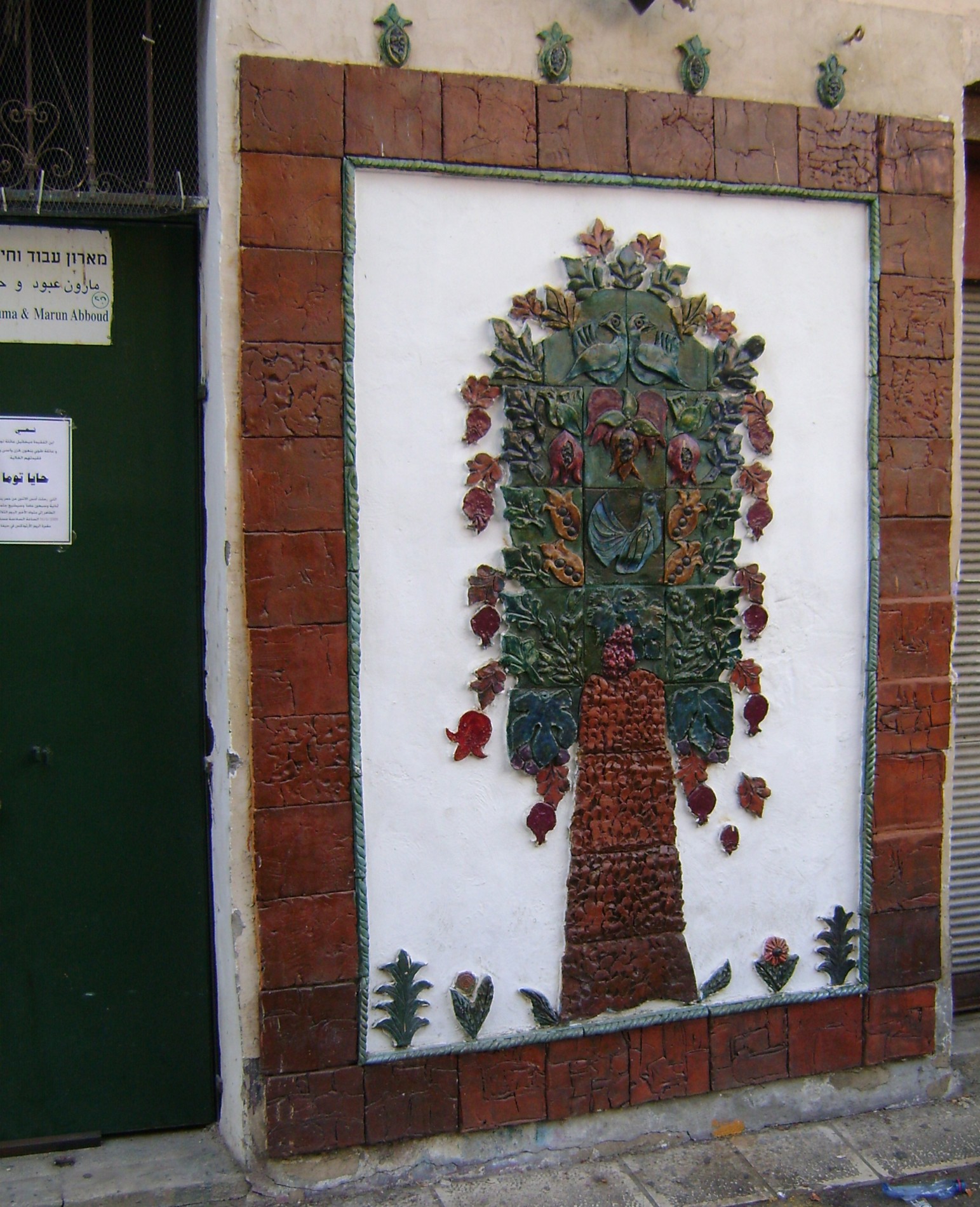 “There are currently about 45 women’s museums in the world, the most famous of which are the Women’s Rights Park in Seneca Falls, NY, and the Women’s Art Museum in Washington,” she says.

“The fundamental challenge in establishing a museum is not only in raising resources, but in creating a diverse and significant human and ideological infrastructure. The Israeli Women Museum must be a magnet of significance to the whole, or at least to large sections of, the population in Israel.”

Though Israel reportedly has the world’s highest ratio of museums per person, this will be the first one dedicated to the mostly unsung females responsible for weaving together its social, agricultural and business fabric.

“Our museum will be on women in history and women in the arts,” Nitzan explains.

“The section on history commemorates the role of important women who have not been properly acknowledged.” 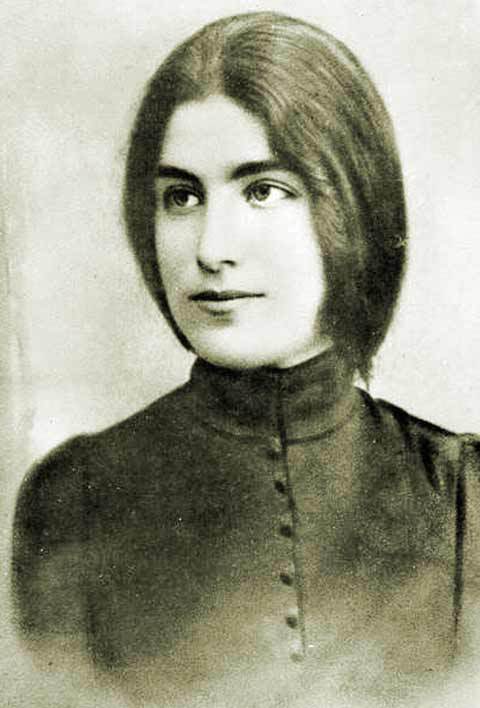 Women like Hannah Maisel, who emigrated to Palestine in 1909 with a doctorate in agriculture and founded the region’s first agricultural training institute for women.

And women like Rachel Roos Hertz (Harel), a Dutch Resistance fighter who moved to Israel in 1950 after winning the US Medal of Freedom and UK King’s Medal for Courage in the Cause of Freedom, and became active in the Women’s International Zionist Organization (WIZO) — itself founded by Rebecca Sieff (Ziv) from the Marks family of Marks & Spencer, and whose name graces Ziv Medical Center in Safed.

Some of the inspiration for this section comes from Prof. Margalit Shilo’s Women Building a Nation, a book published this year in Israel.

“In the art section, we will spotlight women whose work was not considered important as well as very important female artists of today whose work is rarely shown in museums,” says Nitzan.

Artists to be included run the gamut from Ziona (Siona) Tagger, one of the most important female Israeli artists of the early 20th century, to contemporary painter Haya Graetz Ran. 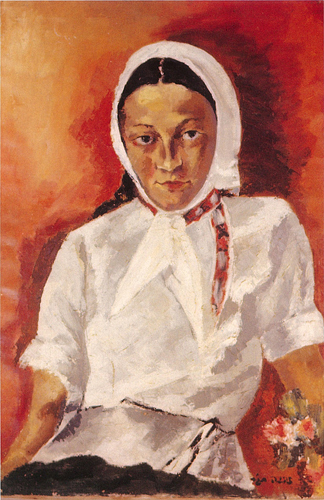 A painting by Siona Tagger, who in 1925 became the first female member of the Hebrew Artists Association. Photo courtesy of Yael Nitzan

“Women in Israel contributed greatly to the establishment of the state, contributed to the construction of the infrastructure of settlement, education, defense, law, government, society, culture, cinema and theater,” she says.

“But although they left their mark, they did not receive proper recognition and respect in building society,” Nitzan says.

“The purpose of the museum is to raise their profile and to reshape the narrative of the critical role of women as full partners in leadership and public space design over the past century.”

Nitzan invites anyone to contribute stories or items relating to Israeli Jewish, Arab Druze or Christian women, and even artists, poets and leaders from the Holocaust era who did not manage to get to Israel. She can be reached through the museum’s Facebook page or by email.

Donations for the project are being funneled through the Haifa Foundation. 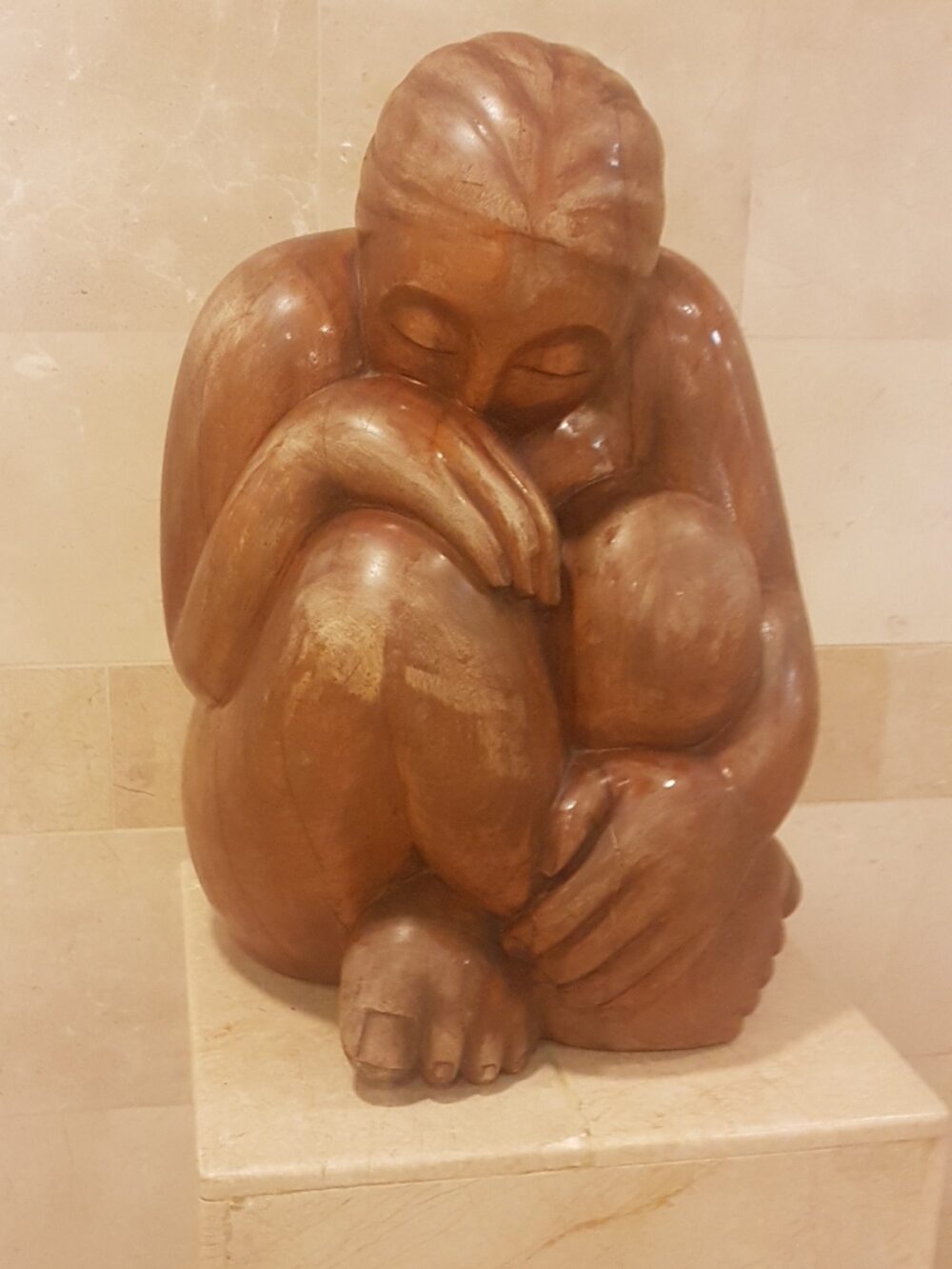 Sculpture by 90-year-old Kati Paldi. Photo by Yael Nitzan
UNCOVER ISRAEL - Get the ISRAEL21c
Weekly Edition free by email
Sign Up Now!
Bring Israel's story to life.
Millions of people around the world rely on us to gain a deeper understanding of Israel. We are the trusted source for original content you won't find anywhere else.
You can make a difference. Donate today to support journalism that brings Israel’s story alive.
SUPPORT ISRAEL21c
Read more on:   Spotlight on Israel, Culture, Haifa