RealView’s implantable imaging system is a win-win, providing relief to patients and more accurate information to their physicians. 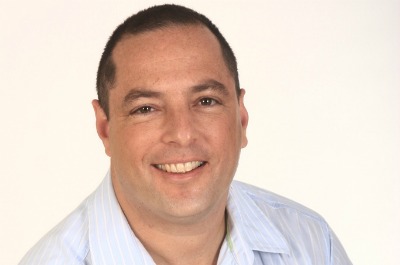 The indignity and discomfort faced by bladder cancer patients may top the long and unpleasant list of cancer-related woes. Diagnosing and monitoring the disease is done via an optical device called a cystoscope inserted into the bladder through the urethra. Patients with transitional cell carcinoma (TCC), the most common form of the disease, are supposed to undergo cystoscopy every three months to detect recurrence — but the pain, potential urinary tract infections and bleeding keep many people from these crucial follow-up visits.

A novel answer to the problem is on the horizon. An imaging system developed by the Israeli company RealView, based in the northern town of Misgav, can be inserted into the urinary bladder in a one-time procedure, enabling long-term monitoring of TCC without the pain and indignity.

The device contains an image sensor, transmitter, energy source and orientation actuator that allows the sensor to be shifted from the outside — all packed inside a miniature capsule with a soft silicon shell, which protects the equipment and the patient.

“This is not like ultrasound,” says Dr. Amos Neheman, co-founder and medical director of RealView. “The images produced by our device are full-color, high-resolution photos that let doctors see exactly what the status of the bladder area is. The physician can guide and navigate the capsule’s position for accurate visualization of the bladder’s interior. RealView’s proprietary image processing algorithms ‘stitch’ the images together for a 360-degree view.”

The advantages go way beyond patient comfort. “Doctors get a significantly more accurate and comprehensive visual inspection of the interior bladder wall and can implement a more rigorous and effective monitoring regime, with more patient compliance, as patients are less likely to avoid follow-up treatments,” Neheman tells ISRAEL21c.

Testing in humans to begin soon

Once inside the body, the capsule may remain in place for up to two years, a critical time period because of the high chances of recurrence. In order to view the images, the doctor places a navigation and detection system next to the patient. The capsule transmits high-quality images to an external recording device for viewing, processing and storing for future comparison purposes. The procedure is completely non-invasive.

RealView’s technology is patented in the United States and Europe, and first-stage tests have already been successfully conducted on sheep. “We kept that test going for about five months, to ensure that there were no adverse effects in relation to the device, or other complications,” says Neheman. “Now we will move on to the next stage — testing the system on people — and after that we will begin seeking approval from authorities in the EU and US.”

Neheman, a urologist with extensive surgical experience, began RealView about three years ago along with CEO Gershon Goldenberg and co-founder Uri Neeman. The company is a recent graduate of the Trendlines Group’s Misgav Innovation Accelerator, from which it receives a majority of its funding.

The high rate of recurrence among TCC patients (40 to 70 percent) and the risk for disease progression and metastasis necessitate regular monitoring, Neheman adds. All this — plus the indignity of the whole thing — makes RealView’s technology “a solution we expect to be much in demand.”