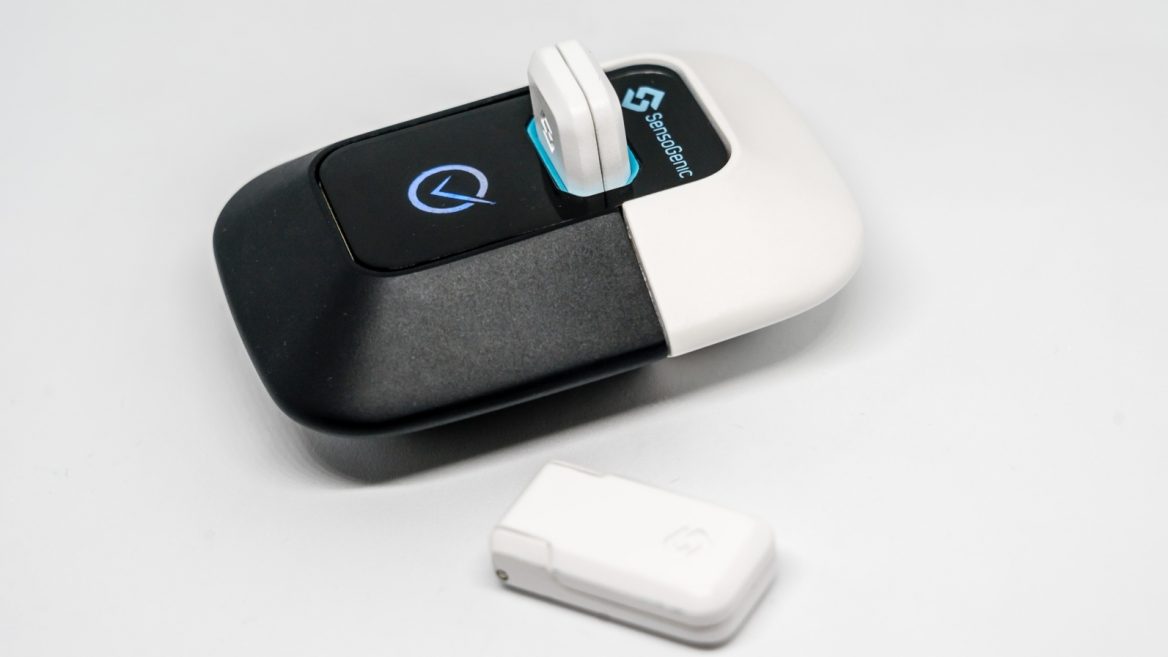 At one year old, Noam Yasovsky was diagnosed with allergies to eggs, sesame and milk. Eating at other people’s homes or in restaurants has been a challenge ever since, necessitating Noam to bring his own food or try to determine which dishes won’t put him at risk.

Noam’s father, Alon, discovered that about 250 million people around the world – 8% of children and 4% of adults — have food allergies. In the United States alone, a food allergy triggers anaphylactic shock every six minutes. Sometimes, these incidents are fatal.

“I have 15 years of experience in R&D at Apple, Intel and PrimeSense, so I started to think of how to build a sensor that lets you test food for allergens before you eat — anywhere, anytime,” Yasovsky tells ISRAEL21c.

His startup, SensoGenic, is developing a handheld digital food allergen biosensor for consumers.

It’s the only such device capable of detecting and identifying all the common allergens — milk, eggs, peanuts, tree nuts, wheat, soy, fish and shellfish — from a single food sample placed on a disposable pad and analyzed by the battery-operated biosensor unit. 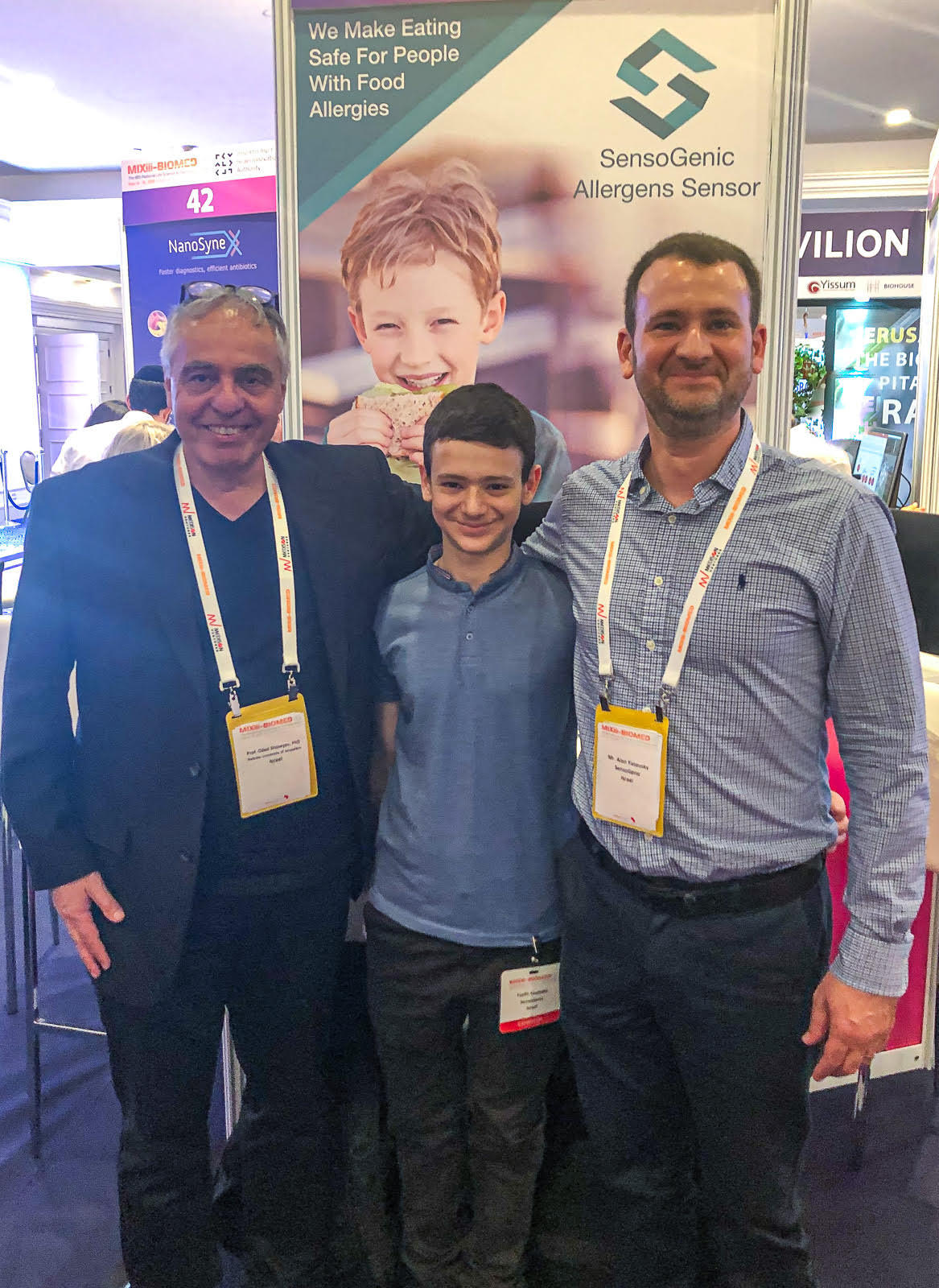 SensoGenic’s device uses patented nanotechnology to detect specific allergy-causing proteins at a level of 10 ppm (parts per million), considered the lowest adverse reaction level. Users get results on their smartphone via a dedicated app.

“The app will also enable users to share their experiences at a restaurant or give a recommendation to a network of food-allergy sufferers who use our device,” says Yasovsky.

Hosted in the eHealth Ventures digital-health accelerator in Modi’in Illit since March 2018, SensoGenic is recruiting hundreds of beta testers in Israel – especially families with young children.

“Part of the business model is to work with a small community of first users to give us feedback. We’ll start from Israel and go worldwide,” says Yasovsky. “We’re planning by 2022 to have a full working product.”

Planned to be sold online and later in restaurant chains through global distribution partners, the biosensor unit (which does not require regulatory approval) will be priced at around $199 and the disposable testing pads at 95 cents apiece.

By contrast, an American brand of handheld peanut and gluten biosensors on the market use $4 disposable capsules to detect the specific allergen with antibody-based chemistry.

SensoGenic can be more affordable and multipurpose because it uses a unique formulation based on cellulose, an abundant and cheap natural polymer, to attract all allergenic proteins from the food sample.

“Cellulose is the tweak that gives us an edge,” explains Yasovsky.

This could prove significant in the $27 billion food-allergen market.

The Shoseyovs and their research colleagues discovered that proteins in allergens from both plant and animal sources bind to cellulose, a basic component in the cell walls of plants. The binding action opens the cell to receive the protein.

This is a useful mechanism in nature. For example, excreting this protein allows pollen to penetrate the pistil of a flower to fertilize it.

But the Shoseyovs found that the protein also enables pollen to penetrate human skin cells, which don’t have cellulose. They began developing an oxidized form of cellulose to block airborne allergens such as pollen that trigger asthma and hay fever in many people.

Yasovsky envisioned a different use for this discovery.

“When he read the research, Alon realized that cellulose could be used for detection,” Shoseyov tells ISRAEL21c. 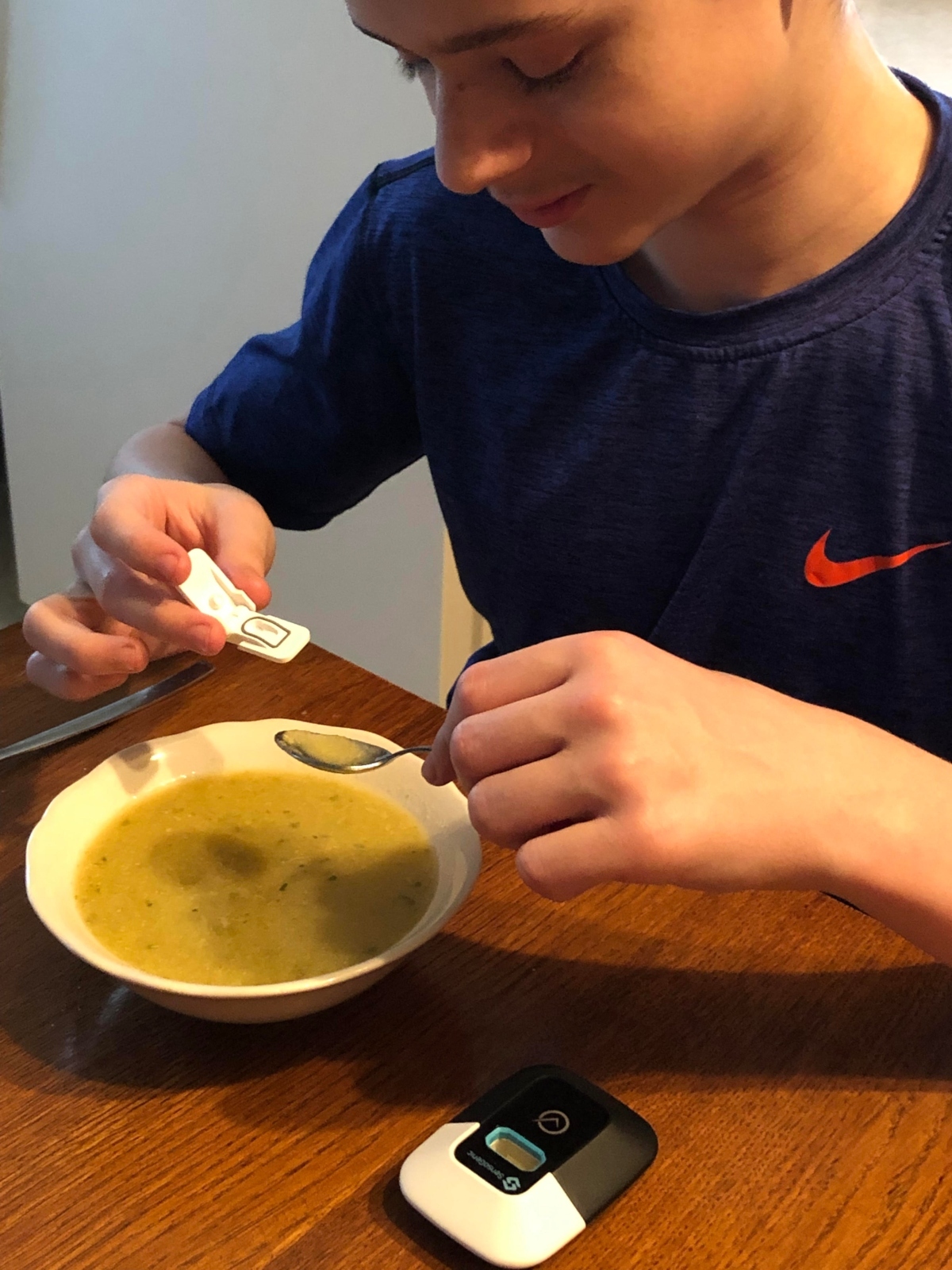 The principle is ingeniously simple: “Not all proteins in nature are allergens,” Shoseyov explains. “Proteins that have this ability to bind to cellulose and penetrate the cell are allergens.”

In the SensoGenic biosensor, all allergens in the food sample naturally bind with the cellulose nanocrystals on the disposable pad. Once captured, they are individually identified using low-cost commercial antibodies.

Oded Shoseyov is cofounder of the company – his 14th so far, all connected in some way to his many cellulose studies. His brother David is the startup’s chief scientific officer.

SensoGenic recently received a €50,000 Horizon 2020 grant from the European Union and is an alumni of the Merage Institute’s Innovation Bridge Leadership Program assisting Israeli life-sciences startups in reaching the American market.

The first target will be the parents of approximately 2.2 million American children allergic to eggs or peanuts.

Yasovsky sees the device as providing “an additional layer of information for decision-making. You should ask the chef what’s in the food, and use our sensor, to make a good decision about whether it’s safe to eat.”

UNCOVER ISRAEL - Get the ISRAEL21c
Weekly Edition free by email
Sign Up Now!
Bring Israel's story to life.
Millions of people around the world rely on us to gain a deeper understanding of Israel. We are the trusted source for original content you won't find anywhere else.
You can make a difference. Donate today to support journalism that brings Israel’s story alive.
SUPPORT ISRAEL21c
Read more on:   Health, Technology, SensoGenic, Oded Shoseyov, food allergies