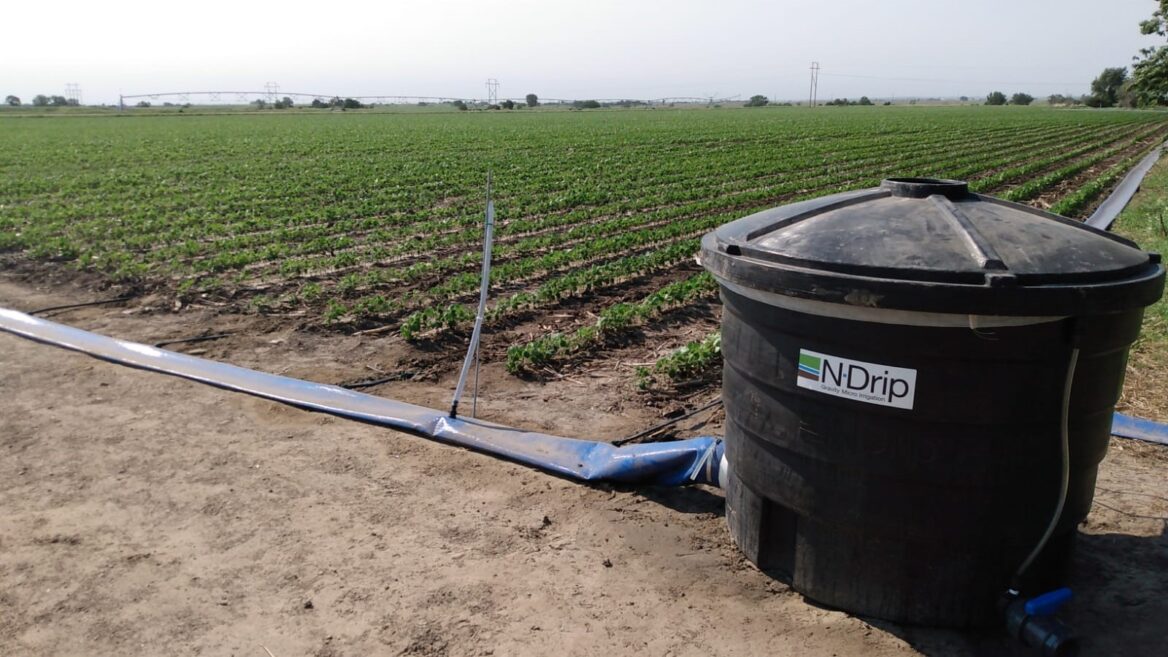 Wine grapes, tree nuts and avocados are some of the crops grown more efficiently today thanks to drip-irrigation methods pioneered in Israel in the 1960s.

And yet, 580 million of the world’s 700 million acres of irrigated farmland are still watered with archaic, wasteful flood irrigation.

Like most things, it comes down to money. Many farmers cannot afford the high capital and operating expenses of drip irrigation. The infrastructure is costly, as is the electricity needed to filter and propel the water through the system.

“N-Drip provides all the benefits of drip irrigation but for field crops like alfalfa, sorghum, corn and potatoes – all commodity crops that have a very low profit margin — with a new kind of dripper propelled only by gravity,” says Seth Siegel, an early investor in N-Drip and now its chief sustainability officer.

“That’s the astounding magic. This is the breakthrough that can significantly change the global water shortage.”

Siegel met Shani while researching his 2015 book, Let There Be Water: Israel’s Solution for a Water-Starved World.

“Because water resources almost everywhere are overtaxed, and because water for agriculture consumes more than 70 percent of the world’s freshwater, we need to slow the rate of using water for purposes of growing things,” he says.

Siegel notes that flood irrigation hasn’t changed much in 5,000 years.

“In antiquity there weren’t a lot of people and there was a great deal of water. Now we know that in flood irrigation between 50-60% of the water is wasted, and sometimes as much as 70%, through evaporation. It stresses the crops, producing stunted yield, and leads to destruction of topsoil, a large problem in agriculture.”

Not only does N-Drip cut water usage by half or more while increasing yield by as much as 40%, but it’s also a zero-carbon solution that can be installed using the field’s existing infrastructure. The made-in-Israel clog-free drippers don’t need filtered water or maintenance.

“It is the first and only micro-irrigation system powered by gravity that works equally well in farms of every size. At a low cost, it provides precise irrigation without the need for external energy or filtration,” Siegel tells ISRAEL21c.

N-Drip began commercialization three years ago. The first crop it was used to irrigate was sugarcane in Swaziland (Eswatini).

Today, farmers in about 20 countries in North America, Africa and Asia are using N-Drip to grow 20 kinds of crops including rice – anything that grows on flat land. 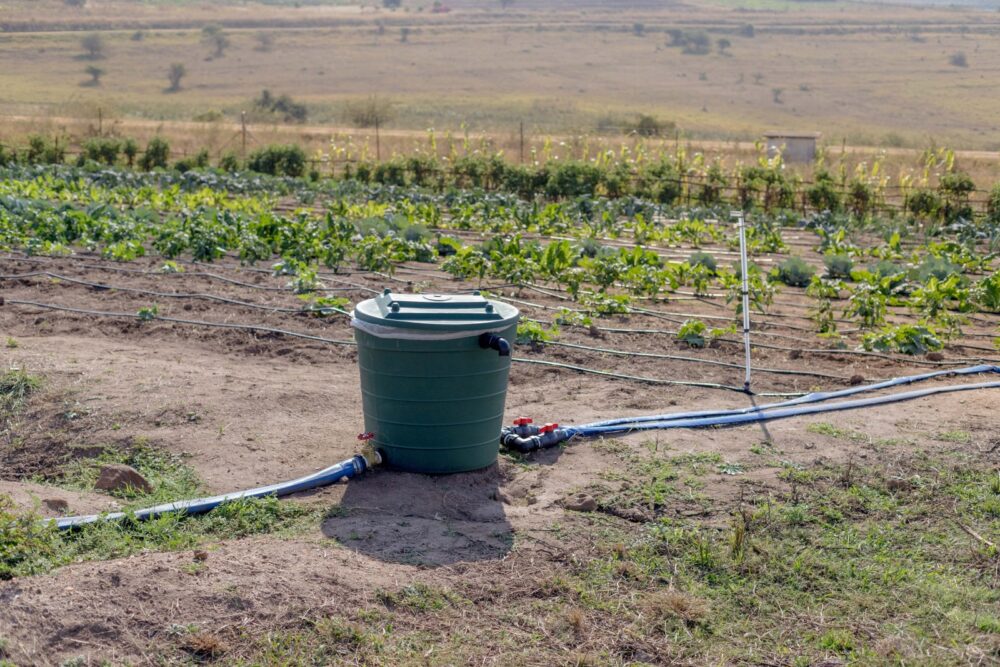 Vegetables irrigated with N-Drip’s system in Eswatini. Photo by Will Brown

Although Arizona has severe water scarcity problems, some 900,000 acres of Arizona farmland – mainly growing cotton, alfalfa and sorghum — are flood irrigated. The state water utility partnered with N-Drip two years ago to begin transforming these farms.

Siegel says farmers who replace flood irrigation with N-Drip save 325,000 to 550,000 gallons of water per acre per growing season and increase yield 15 to 40%. 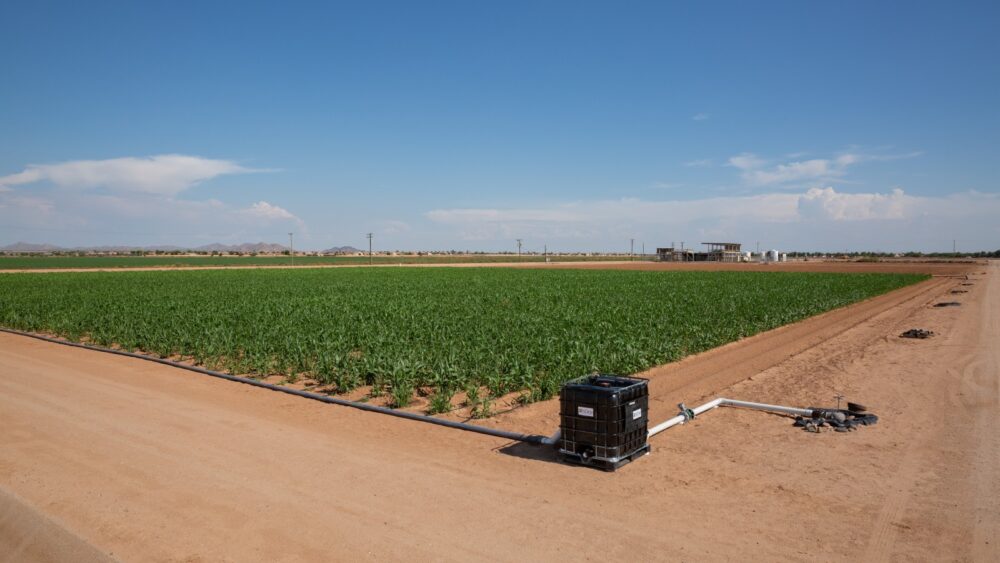 Howard Rother, a farmer in Nangwee, Australia, reported that he tried the N-Drip system on 11 hectares (27.5 acres)of his 70-hectare growing field. He saw a water saving of 26% percent combined with a 47% greater yield when compared to the flood-irrigated area.

“The drip field went 11 bales to the hectare compared to the flood which was 7.5; it was a remarkable result,” he said. “The difference between 7.5 bales and 11 meant the system more than paid for itself in a year.”

Siegel tells ISRAEL21c that he became concerned about water scarcity 10 years ago.

“I saw it is a grave threat not just to US national security but to global stability. I saw this would lead to higher food prices and refugee flows. In Africa, about 60 million people, and in Asia, several hundred million, would be affected,” he says.

A lawyer, business executive and author, Siegel had just completed the manuscript for his 2019 book, Troubled Water: What’s Wrong with What We Drink, when he and Shani both spoke at a water conference in Milwaukee.

“He told me about this invention he was perfecting. I said if it was real, I’d want to be involved in it,” he recalls.

Siegel says the two most water consumptive crops are cotton and alfalfa. 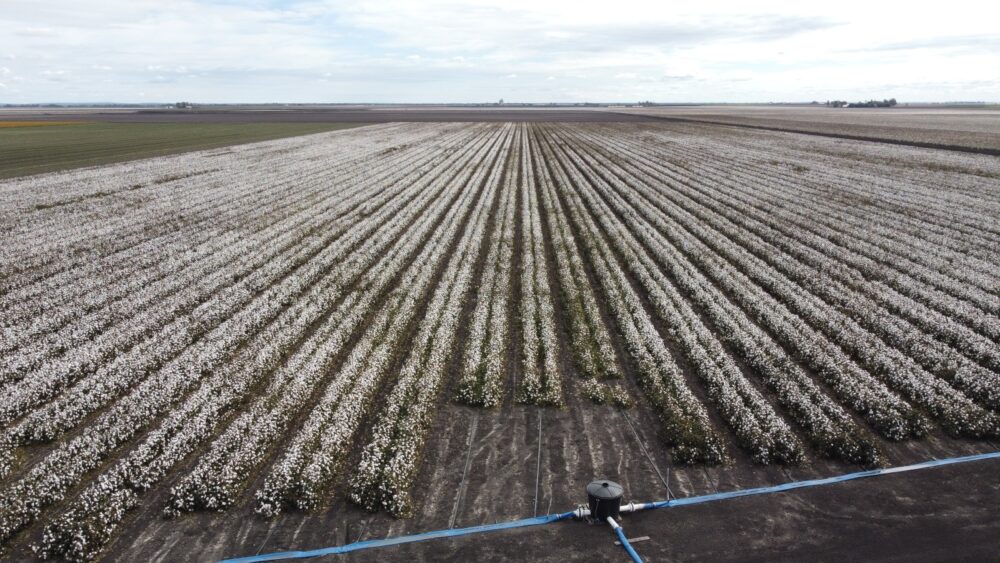 Alfalfa and sorghum are mostly fed to livestock, he notes. “Since 2010, almost a billion people have risen out of dire poverty and the largest change in their daily life is that they’re eating more animal protein. Millions more aspire to eat meat, so we have to get smart about how we grow feed like alfalfa and sorghum.”

Currently, N-Drip lines and drippers are manufactured in Migdal HaEmek in northern Israel.

“In the next few years we’ll have three or four factories or joint ventures to manufacture the lines in India and Arizona and other places closer to market,” says Siegel. “But the drippers will always be made in Israel.”

N-Drip, he says, could become as big as Waze. “It’s the solution to a problem that is not going away.”

UNCOVER ISRAEL - Get the ISRAEL21c
Weekly Edition free by email
Sign Up Now!
Bring Israel's story to life.
Millions of people around the world rely on us to gain a deeper understanding of Israel. We are the trusted source for original content you won't find anywhere else.
You can make a difference. Donate today to support journalism that brings Israel’s story alive.
SUPPORT ISRAEL21c
Read more on:   Environment, ag-tech, drip irrigation, N-Drip