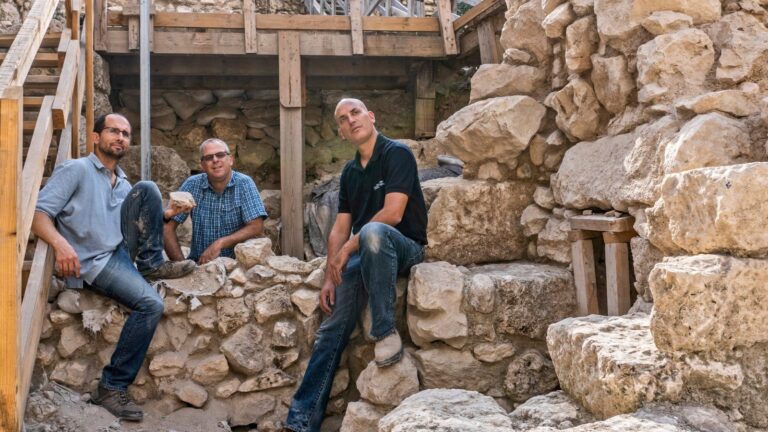 Every year on the 9th of Av (Tisha B’Av), Jews around the world fast in remembrance of the destruction of the First and Second Temples in Jerusalem – the first by the Babylonians in 586 BCE and the second by the Romans in 70 CE.

In an historic first, researchers from Tel Aviv University, the Hebrew University and the Israel Antiquities Authority were able to measure the Earth’s magnetic field on that very day in August 586 BCE, revealing the immensity of the destruction of Jerusalem by the Babylonians.

The landmark interdisciplinary study was published today — the 19th of Av on the Jewish calendar — in the scientific journal PLOS ONE.

In the process of an archeological excavation at the City of David National Park, excavators found a grand public structure with a high-quality plaster floor. 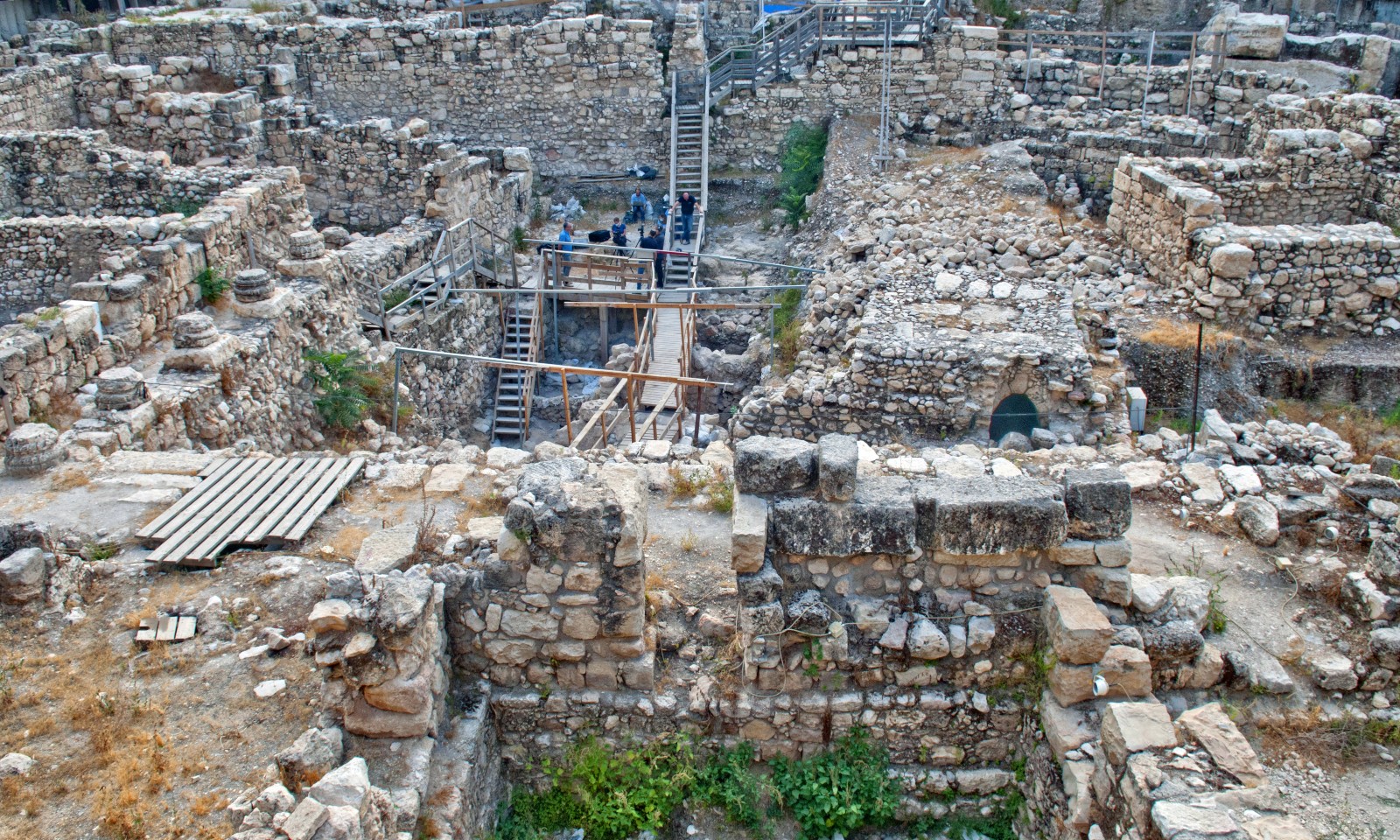 The directors of the excavation, Yiftah Shalev of the Israel Antiquities Authority and Yuval Gadot of Tel Aviv University, explained: “We dated the destruction of the structure to 586 BCE based on smashed pottery vessels typical of the end of the First Temple period, found on the floor. Apart from the broken utensils, we found signs of burning and large quantities of ashes.”

The findings are reminiscent of the book of Kings II (25:9): “And he burned the house of the Lord, and the king’s house, and all the houses of Jerusalem, and every great man’s house burnt he with fire.” 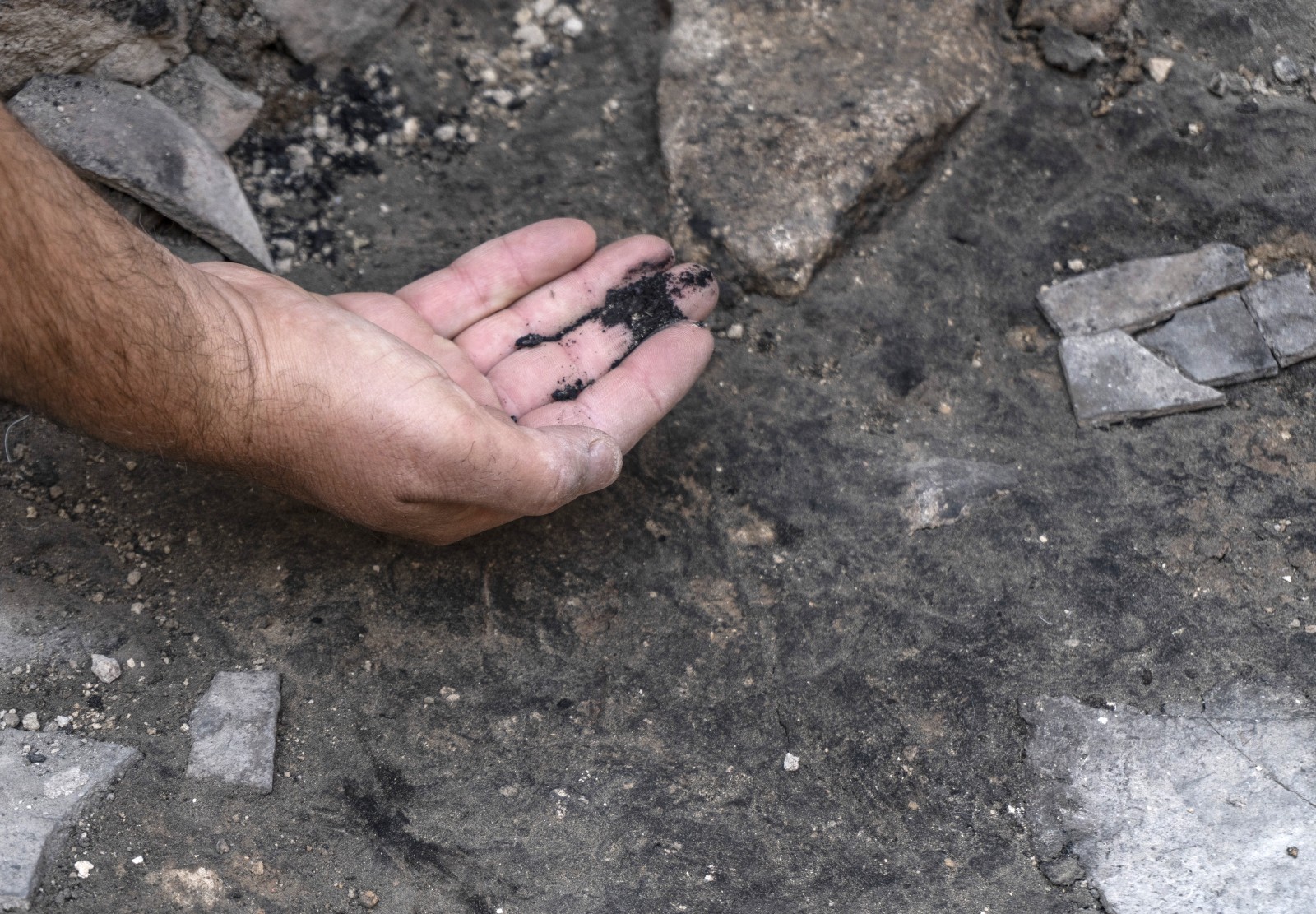 Ashes from the Jerusalem destruction in 586 BCE. Photo by Shai Halevi/Israel Antiquities Authority

In this building, the excavators found a large section of floor that had collapsed from the top story — and by measuring the magnetic field recorded in this fragment, the researchers were able to reveal earth’s magnetic field at the time of the fire.

PhD student Yoav Vaknin of TAU sampled fragments of flooring scattered around the site and measured the magnetic field recorded in them at the Paleomagnetic Laboratory of the Institute of Earth Sciences at the Hebrew University.

“The purpose of this study was twofold,” said Vaknin.

“One goal was to rediscover the direction and magnitude of the magnetic field on the day of Jerusalem’s destruction. The other was to understand what the magnetic data recorded in the floor fragments can tell us about the destruction itself.

“Even without measuring the magnetic field we could assume that this grand building was destroyed in the event of the destruction of the First Temple, but the magnetic measurements proved that the building had been burned down, at a temperature higher than 932F, probably intentionally, and that the floor, supported by massive wooden beams, had collapsed during the fire.” 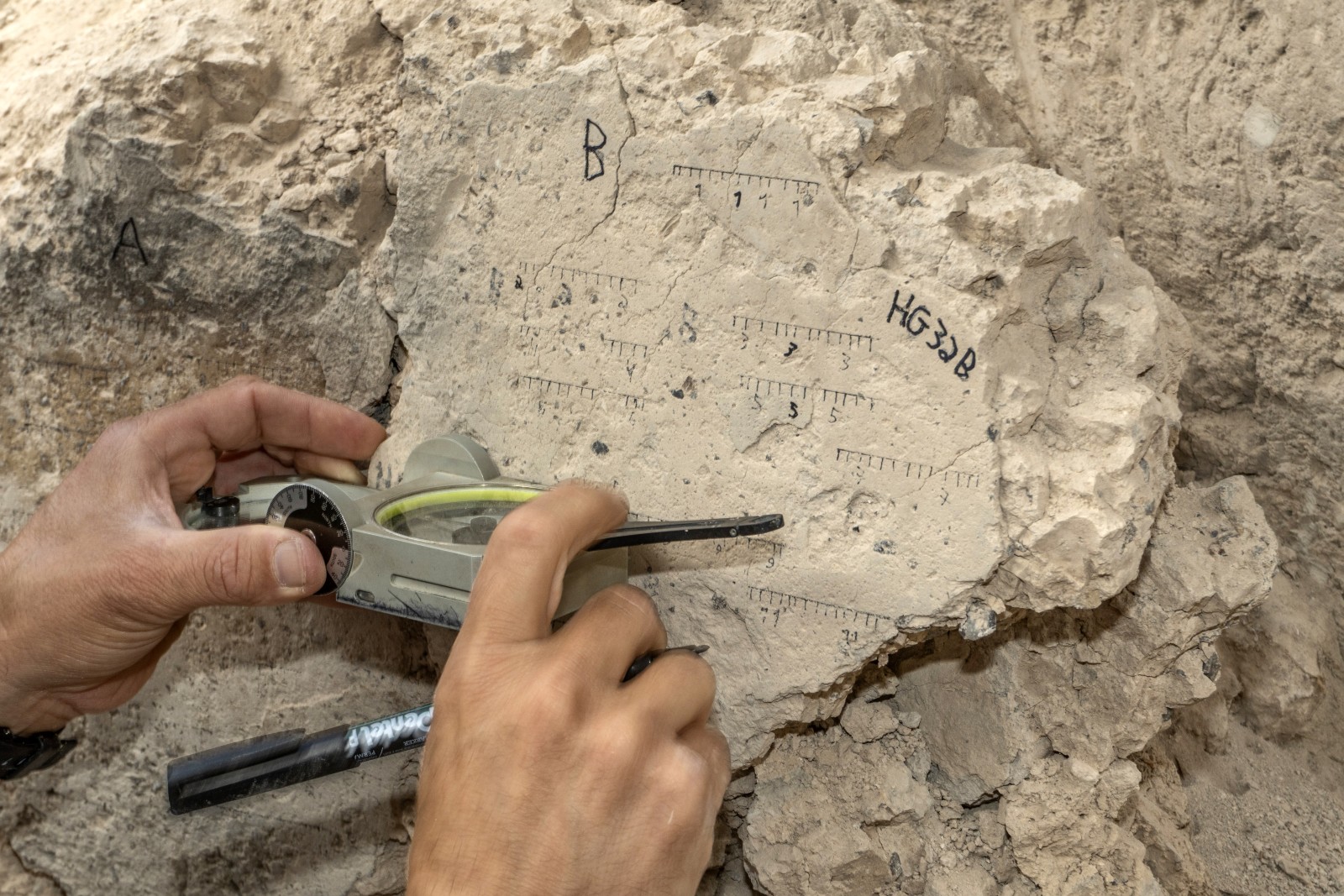 Yoav Vaknin measuring the floor that collapsed during the destruction in 586 BCE. Photo by Shai Halevi/Israel Antiquities Authority

Ron Shaar of the Institute of Earth Sciences at the Hebrew University said, “Measuring magnetic data from a floor burned thousands of years ago is no trivial matter. We had to characterize the magnetic particles, understand how the magnetic data was coded in the material, and develop measuring techniques enabling us to read this data. Yoav was able to decipher nature’s magnetic code and give us important information from several angles: historic, archeological and geomagnetic.”

The ability to link the destruction of Jerusalem with the recording of Earth’s magnetic field down to a specific day “is truly extraordinary,” Vaknin said, and will help in future archeological research.