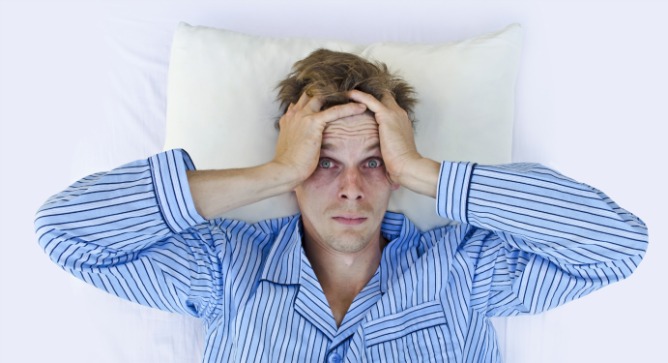 No more interrupted sleep from apnea? Image via Shutterstock.com

A sound night of sleep is only a dream for at least 15 million Americans and 350 million people worldwide who suffer from obstructive sleep apnea (OSA). This most common form of sleep apnea is caused by tissues in the throat obstructing the airway during sleep. It leads to frequent awakenings and potentially also to severe cardiopulmonary complications as the heart and lungs are deprived of adequate oxygen.

The Israeli company Discover Medical is introducing a product to make the most effective treatment option more tolerable.

The problem they’re addressing is discomfort and irritation caused by the mask that gets strapped over the nose and mouth to deliver continuous positive air pressure (CPAP) from a special machine. In 2011, CPAP interface sales totaled about $1.4 billion. However, more than half of diagnosed sleep apnea patients would rather live with the condition – which is costly to their health and to the healthcare system.

Discover’s SomnuSeal, a unique mask for CPAP machines, is a small, self-adjusting device that fits between lips and teeth like a boxer’s mouth guard. It does not touch the nose, lips or tongue and requires no straps.

Two clinical trials at independent sleep labs in Israel showed that 22 percent of people who have refused to use other CPAP masks were fully compliant with SomnuSeal, which earned the European CE Mark in 2010.

“It will be another option for me to offer my patients,” says Dr. Giora Pillar, associate professor of sleep medicine at the Technion-Israel Institute of Technology and director of the Sleep Medicine Lab at Clalit Health Services in Haifa. He conducted trials of SomnuSeal on patients with moderate to severe OSA who were going untreated because of discomfort from the regular CPAP mask.

Translated into market potential, even this moderately increased compliance rate represents possible increased revenues of $3 billion per year for the market-leading supplier of CPAP masks.

“These results are extremely encouraging in this difficult field,” says Dr. Brian Glenville of Jerusalem, a director of the company.

Discover is now seeking an investment of $3 million to $4 million to begin marketing the one-size-fits-all device. If well-received in Europe, the company would then set its sights on the US market, Glenville tells ISRAEL21c.

Glenville, formerly a cardiothoracic surgeon in England and now an adviser to Israeli high-tech companies, learned about the device three years ago at an International Biotechnology Conference in Tel Aviv.

As he listened to CEO Eran Lavi describe SomnuSeal, Glenville realized it had a secondary but critical advantage its inventors hadn’t fully appreciated: It allows the CPAP machine to apply two times less air pressure than usual.

“When I heard there was a mask found to work at lower pressure, I almost bit Eran’s arm off.”

“Because of my background in cardiac surgery, I know that if you have heart disease, the last thing you want to do is apply additional pressure,” Glenville tells ISRAEL21c.

Glenville explains that about one-third of patients with sleep apnea also have some form of cardiac dysfunction.

“When I heard there was a mask found to work at lower pressure, I almost bit Eran’s arm off. I said, ‘Do you understand what you have here?’ I was pleased the mask is comfortable and doesn’t need nasal pegs and straps, but the implications of the lower pressure are significant.”

Discover Medical raised startup capital from Israel’s Office of the Chief Scientist of the Ministry of Industry and Trade; from Yehuda Zisapel of the RAD Group; and from private investors. Cofounded with Dr. David Madjar, former chief of oral rehabilitation at Sheba Medical Center, Discover is hosted in RAD’s incubator in Givatayim.

The mask is manufactured in Israel of high-grade medical plastic.

“We are absolutely sure there is nothing quite like it out there,” Glenville says. “The nearest thing was a New Zealand company’s mask that was similar to ours and it worked brilliantly, but it touched both lips and tongue and as a consequence it wasn’t marketable because patients could never habituate to it.”

Sleep specialist Pillar points out that 78 percent of the 50 non-compliant patients in his SomnuSeal trials remained non-compliant.

“But if we manage to convert the 22 percent from untreated patients to treated patients, it’s dramatic for them and for society,” he tells ISRAEL21c. “Sleep apnea is a substantial and common disease with a lot of consequences to health and a lot of burden on the healthcare system.”

UNCOVER ISRAEL - Get the ISRAEL21c
Weekly Edition free by email
Sign Up Now!
Bring Israel's story to life.
Millions of people around the world rely on us to gain a deeper understanding of Israel. We are the trusted source for original content you won't find anywhere else.
You can make a difference. Donate today to support journalism that brings Israel’s story alive.
SUPPORT ISRAEL21c
Read more on:   Health, Medical devices, sleep apnea, Discover Medical, SomnuSeal