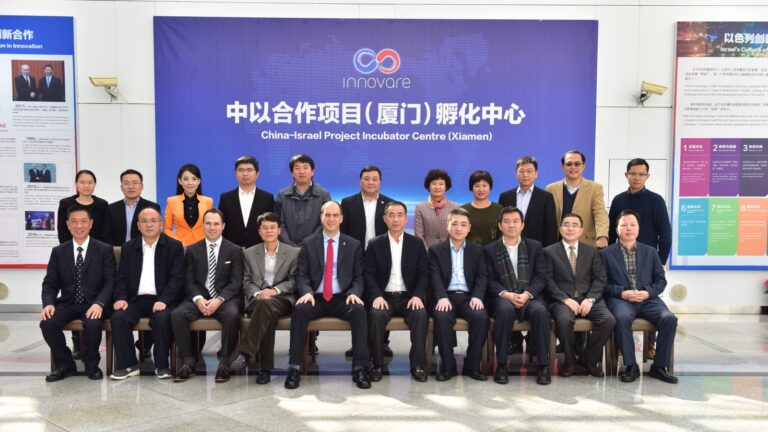 Dignitaries and company heads at the opening of Innovare in Xiamen. Photo: courtesy

A new Chinese-Israeli incubator has opened in Xiamen, a city in China’s southeastern province of Fuijan. The incubator is run by Innovare, a partnership founded in 2015 by Jiang Baroqi of Innovation Connect (Xiamen) Technologies and Gabriel Simons, who divides his time between China, Israel and London.

The incubator is different than others in both China and Israel in that it focuses on projects rather than startups.

Startup incubators “work very well in Israel because Israel has developed a startup ecosystem which feeds and feeds off of these incubators,” Simons tells ISRAEL21c. “In China however, many of these startup incubators have simply become property plays, with landlords subletting to startups and seeing a rental return as their main source of income.”

Among the specific projects to be explored are those in genetic testing, robotics, automation, artificial intelligence, agriculture, and big-data analysis. The incubator will offer support services (translation, conference calls, market research) as well as help with negotiations and partner matching. 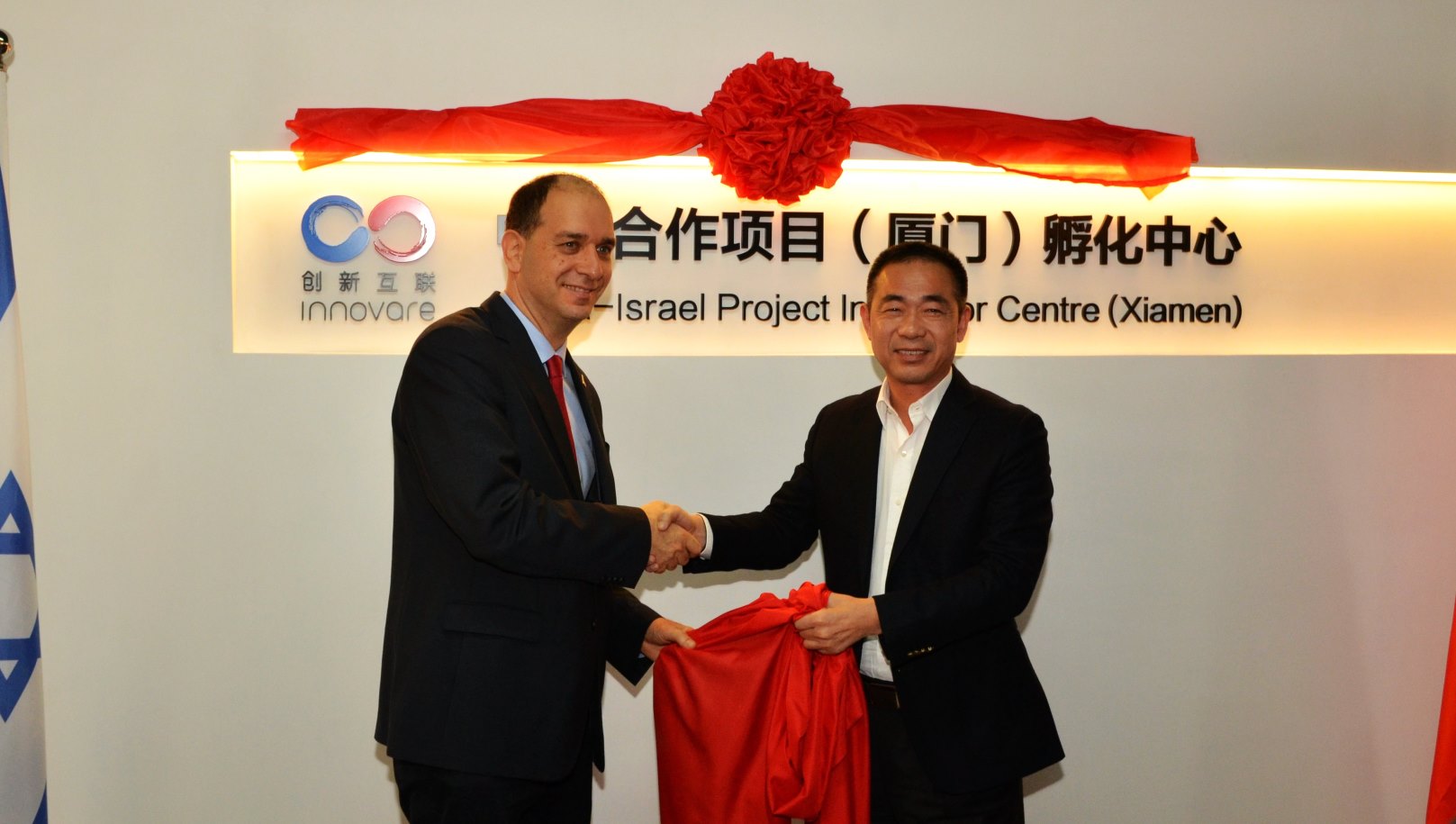 The incubator’s launch last week, at Xiamen’s Software Park, was attended by Israel’s Consul General for the Guangzhou region Nadav Cohen, Xiamen’s Vice Mayor Li Huiyue, and leaders of the Xiamen municipality and local businesses. The building has 650 square meters of floor space and a large exhibition hall.

“With a huge market, strong capital and production capabilities, China will become a perfect partner for tech-savvy Israel,” Cohen said during the launch event.

The new China-Israel incubator in Xiamen joins others operating in the country’s bigger cities. Some have opened offices in Israel, as well. China’s Techcode has a Tel Aviv-based incubator focused on Israeli medical equipment companies interested in operating in China. There’s also the EastMakers Program for IOT and hardware startups, and the Chengdu-Israel Incubator in Haifa.

Xiamen is located just across the East China Sea from Taiwan, providing additional benefits to Israeli startups who want to make the most of their time in Asia.