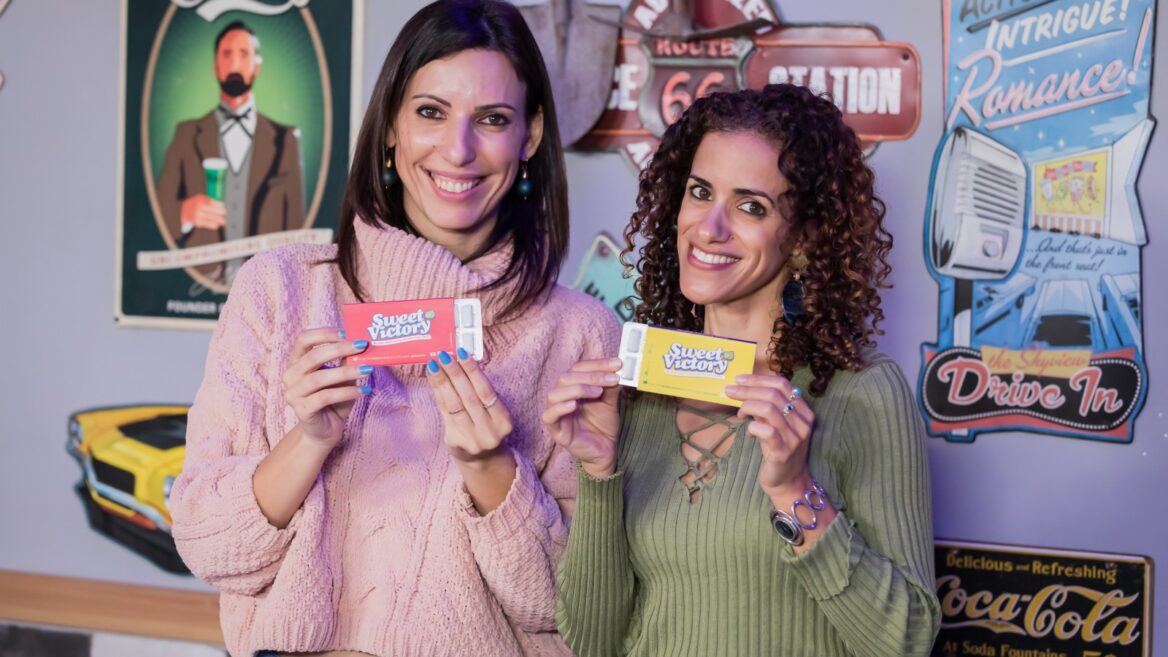 You know you shouldn’t. You know you want to. Finally, there may be a tiebreaker in the battle with sugar cravings, which Covid times have only intensified.

Sweet Victory, a patented mint-flavored chewing gum, takes just two minutes to block the sugar receptors on your tongue for up to two hours.

Anything sweet reportedly tastes terrible enough that you probably won’t want to try it again later.

“We want people to have more control over their nutrition because we both went through times when we had no control,” says Gitit Lahav, an Israeli psychologist who started the company with her friend Shimrit Lev, a Chinese medicine practitioner.

“We noticed that for most people, especially women, the biggest issue is around sweets,” says Lahav.

“Because we are dealing with herbs, we bumped into an Indian plant that is swallowed [in capsule or tea form] and has an effect on glucose metabolism. We also heard it has an effect on the tongue.”

The Gymnema Sylvestre plant is an Indian ayurvedic remedy to stabilize blood-sugar levels. (The Hindi word gurmar means “sugar destroyer.”)Studies over the past 50 years in several countries have deemed it safe, Lahav says.

She and Lev tried chewing gymnema leaves. “It was crazy how much we did not want sweets after that,” she reports. 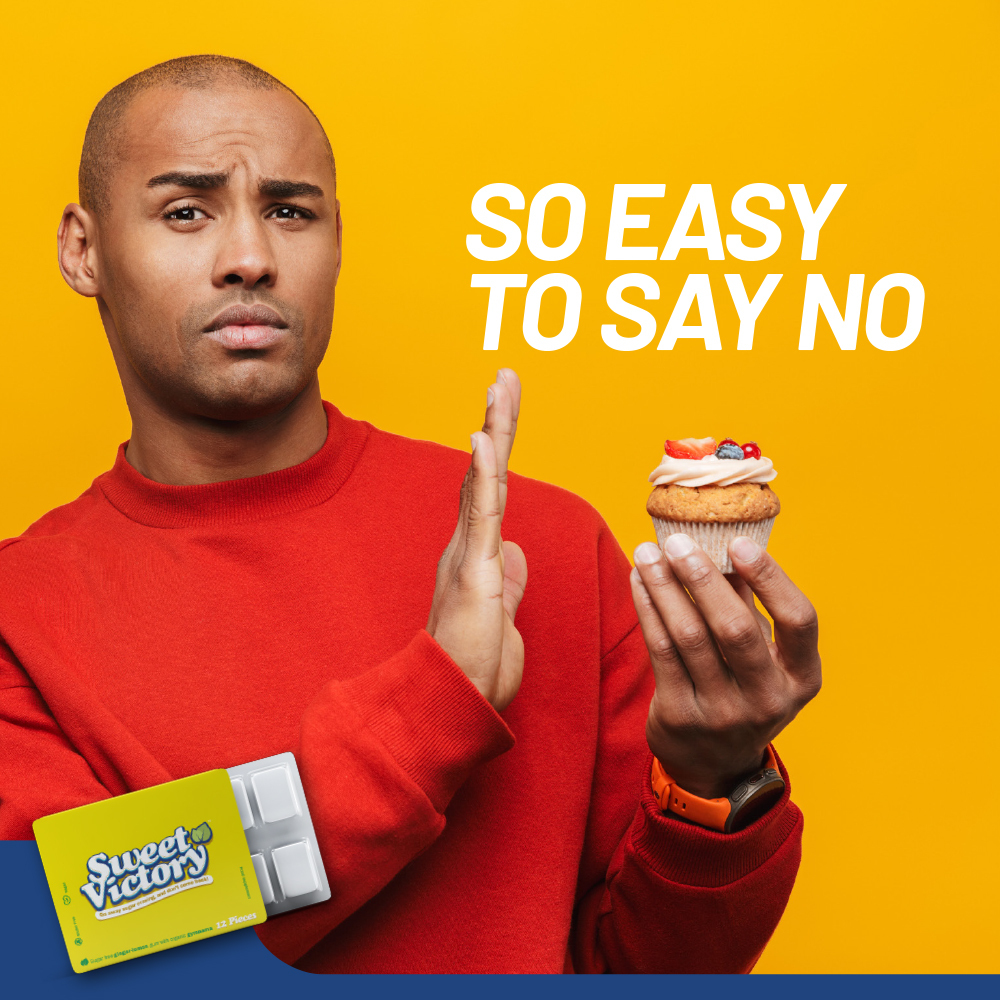 But chewing the plant leaves a bitter taste and ingesting its extracts takes time to have an effect.

“We know that people want something that gives an immediate effect, and this is how we got into three years of development,” says Lahav. “We experimented in our own kitchens with homemade chewing gum until we succeeded in finding the right formula.”

The Israeli ambassador to India helped the women find an organic source for the plant. The product’s development was further helped along by the Strauss food conglomerate, which includes the Must brand of chewing gum. Branding and package design was done in Tel Aviv by the Natie Agency.

However, because Sweet Victory is a functional food supplement and Israel doesn’t have a gum factory authorized to produce such supplements, the product is manufactured in an approved facility in Italy. 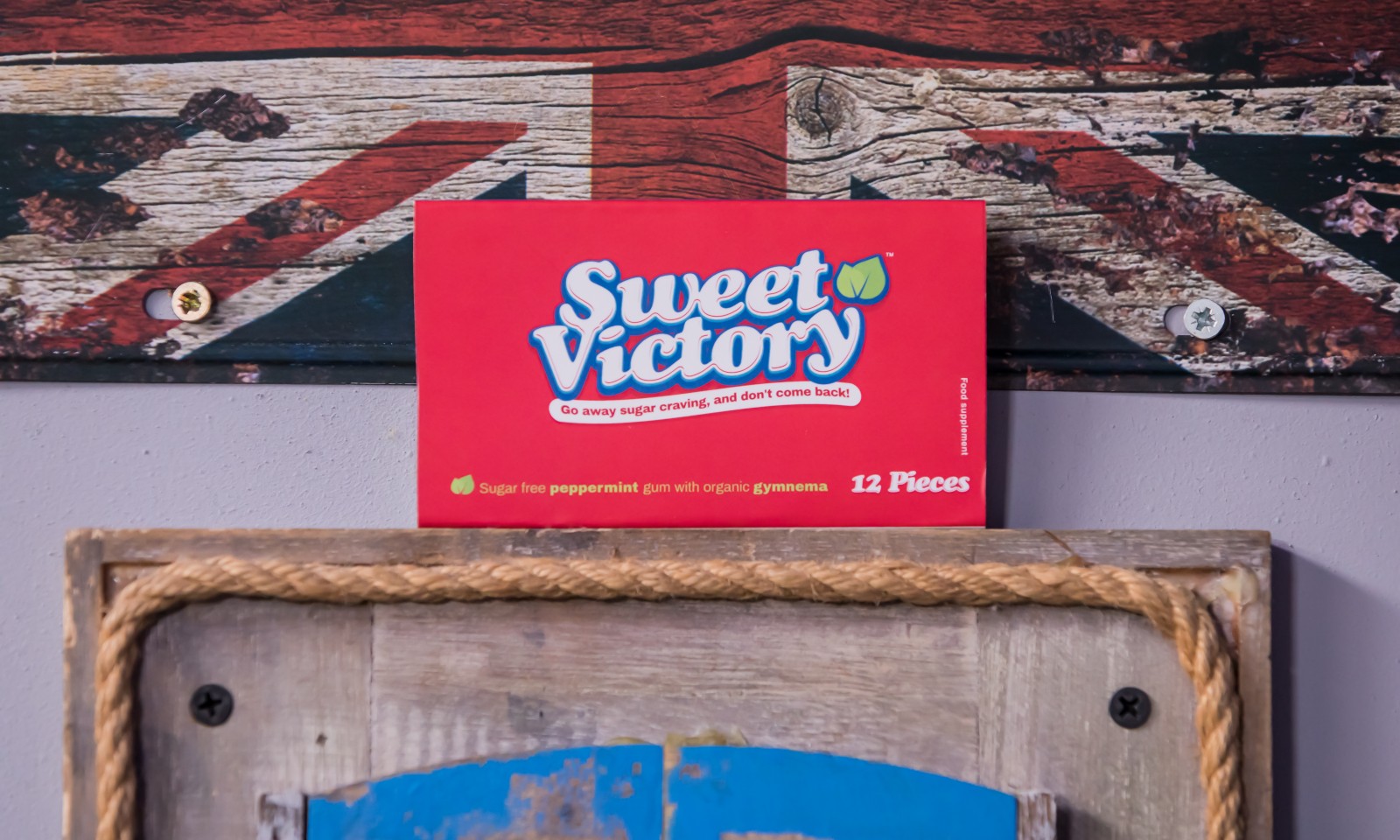 “We just started selling Sweet Victory in December in the Philippines and New Zealand,” says Lahav. “Panama and France are next. By the end of 2021 we are planning on selling in 12 countries.”

An American distributor will soon place it in a few pharmacies in New York for a soft launch in the United States. Sweet Victory is also available online in the Philippines.

In a small case study in Sheba Medical Center with people who experience sugar cravings all day long, chewing a piece of Sweet Victory three times a day was enough to make a difference, reports Lahav.

“The gum does not change the taste buds permanently; it just occupies the sweet receptors for a specific time. Most people use it during the hours they crave sugar.” 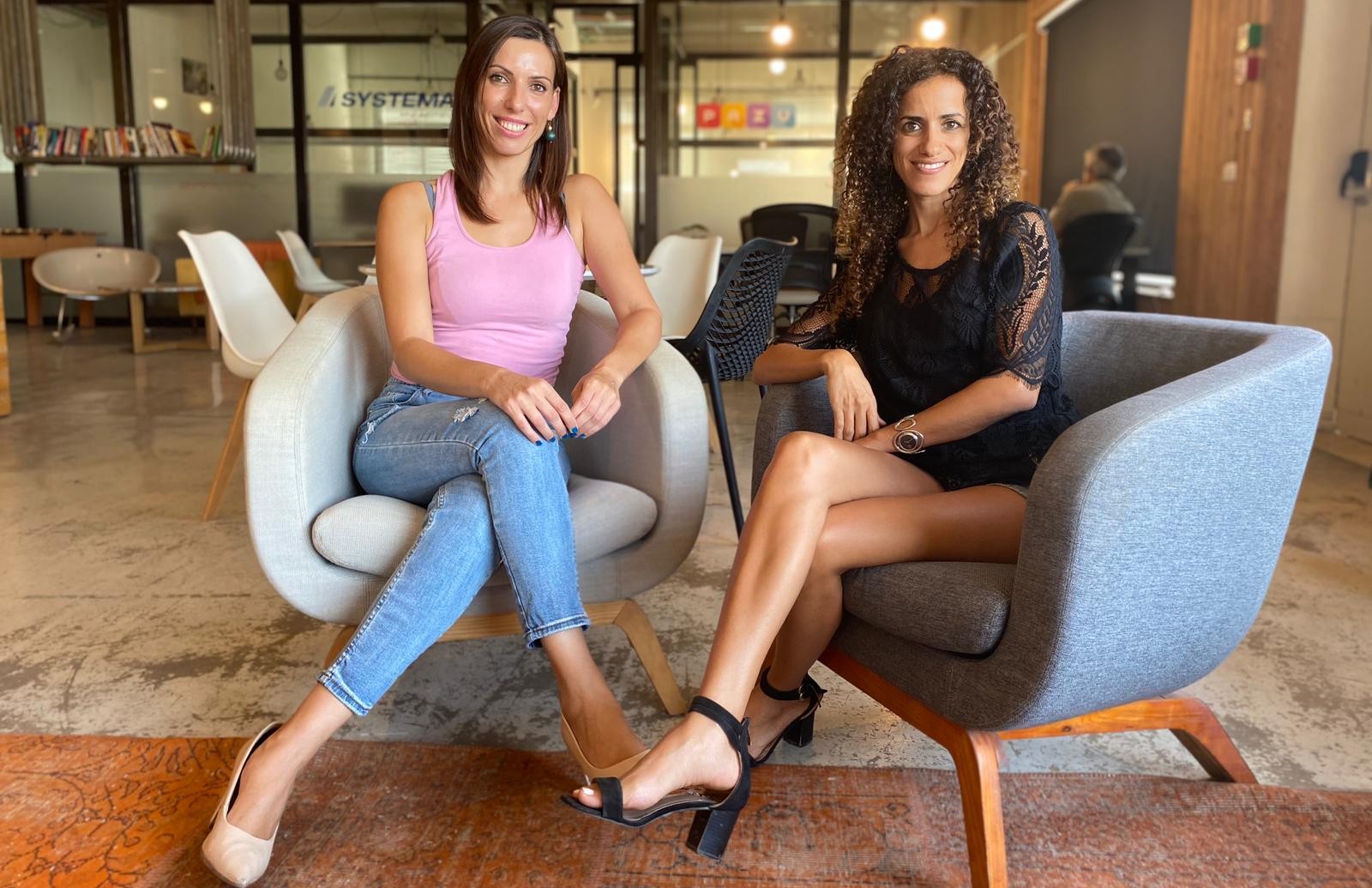 Further clinical research is planned to measure the effect of Sweet Victory on the sugar cravings of people with diabetes, under the auspices of the endocrinology department of Tel Aviv Sourasky Medical Center.

Michal Roll, the hospital’s former deputy director general for R&D and now a consultant for companies including Sweet Victory, will assist in designing this trial.

“I was skeptical because I’ve seen so many claims for new products, but I think this gum really works and we want to see if it has any effect on diabetes,” Roll tells ISRAEL21c, emphasizing that Sweet Victory contains a very small dose of Gymnema Sylvestre and the plant is not known to cause any side effects.

Lahav adds, however: “We haven’t done long-term research since it is very new product, and it wasn’t tested on pregnant women or children so like all food supplements, ask your doctor about it.”

Roll says Lahav and Lev are“remarkable women who are so passionate” about helping people improve their health. The partners previously developed a nutrition app, ShrinkMeApp,  and an herb product line – both for the Israeli market.