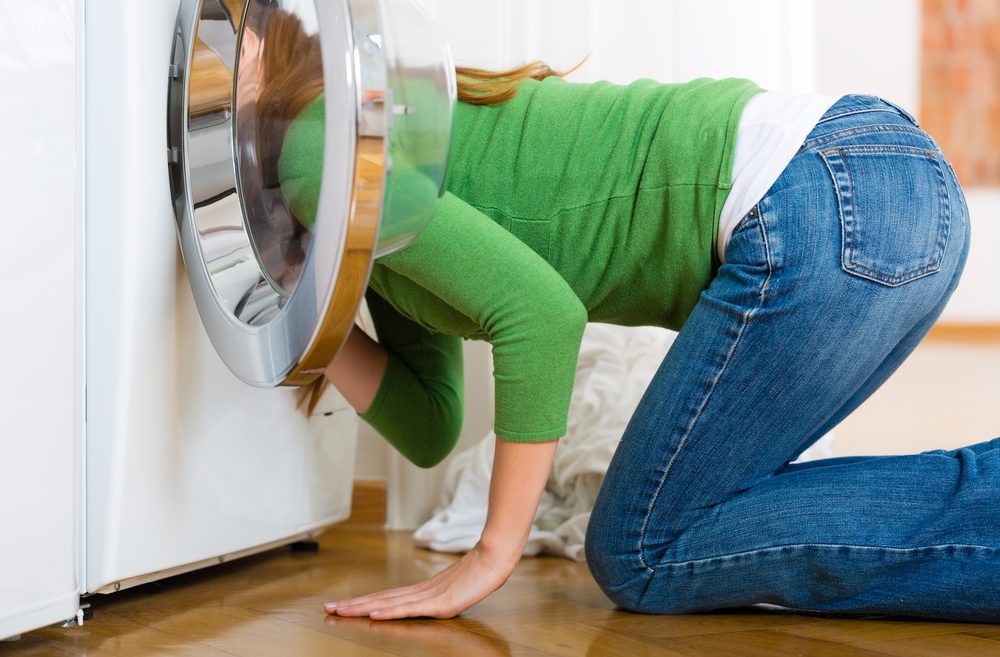 Searching for a lost sock. Photo by Shutterstock

An Israeli startup may have finally developed a technology to keep you from mysteriously losing your socks in the washer.

“It sounds stupid, but I’d be willing to pay to end this scourge to humanity where I end up with a drawer full of unmatched socks,” Stephen Statler, Wiliot senior vice president of marketing and business development, jokes with ISRAEL21c.

While the socks scenario seems slight, it’s just one of dozens of examples the R&D team from Caesarea-based Wiliot is spinning to promote the benefits its battery-free Bluetooth beacon tags may bring to consumers and manufacturers, starting as early as 2020.

Wiliot was founded in 2017 by three Israeli entrepreneurs whose previous company, Wilocity, was acquired by Qualcomm three years earlier. Wilocity developed technology for Wi-Fi while Wiliot’s sweet spot is the Bluetooth wireless standard.

Wiliot’s main product is a postage stamp-sized Bluetooth beacon that can be attached just about anywhere – on clothing, on medicine bottles, inside appliances, even behind wallpaper.

Bluetooth beacons, essentially tiny radio transmitters, generate a signal that can be read by another device – say, your phone or refrigerator. Wiliot’s beacon contains a super-miniaturized ARM chip – the same kind of processor you find in smartphones and other mobile devices. A beacon can broadcast location and, when coupled with sensor pads, can take a product’s temperature or measure weight and pressure. 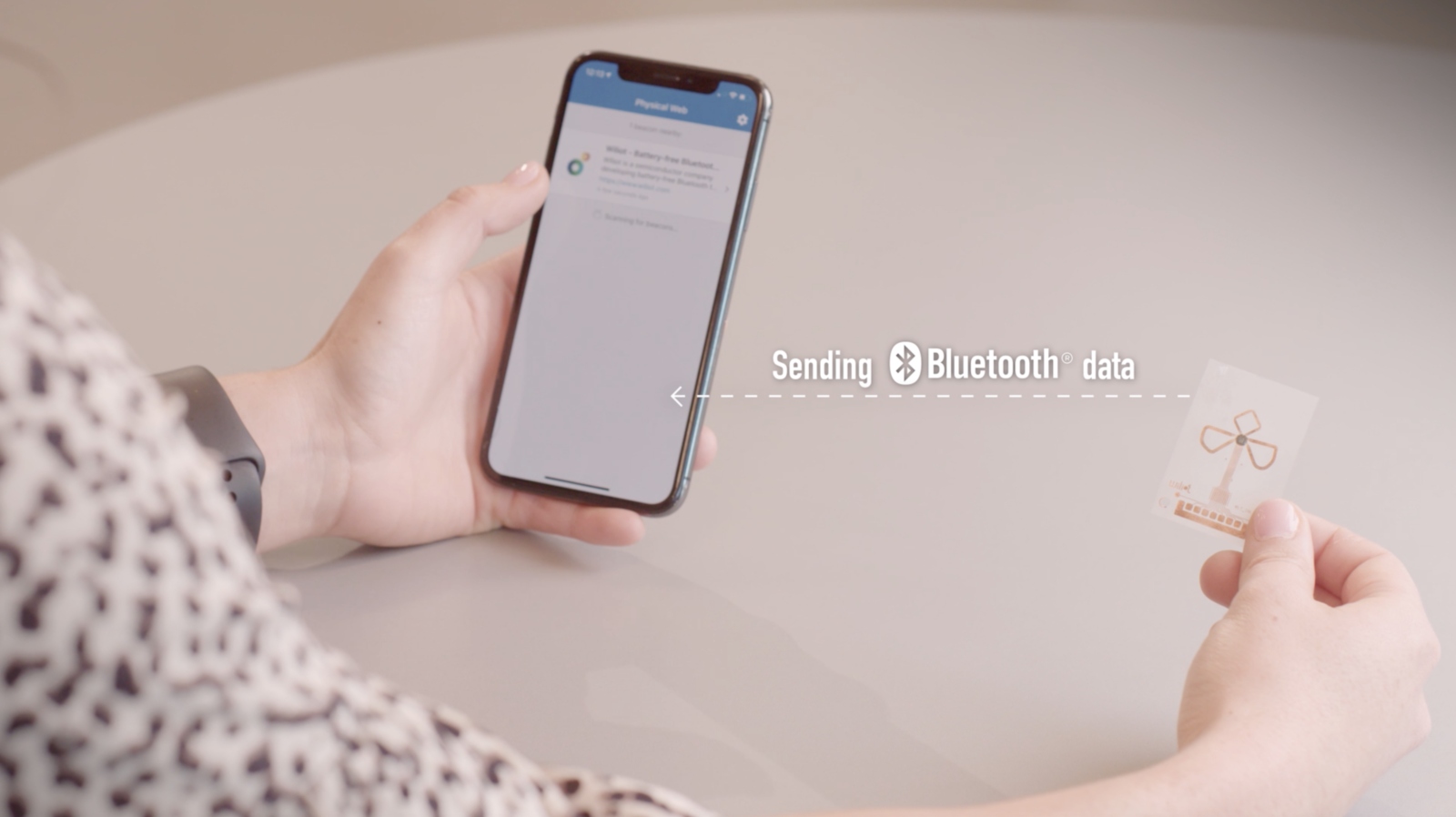 But the technology didn’t take off the way its early backers hoped, in part because the first beacons were large, requiring a battery to operate.

Wiliot jettisons the battery and instead uses energy harvested from the radiation emitted by the phones, Wi-Fi networks and cellular products that surround us.

“Your laptop is constantly chirping out, looking for other devices to talk to,” Statler explains. Now, before you get worried, Statler assures ISRAEL21c that these signals are far too weak to cause us any harm. At the same time, because of their low power, no one thought about “recycling” those signals and turning them into a new power source.

But that was exactly what Wiliot’s three co-founders – Tal Tamir, Yaron Elboim and Alon Yehezkely – had in mind when they founded their new company. 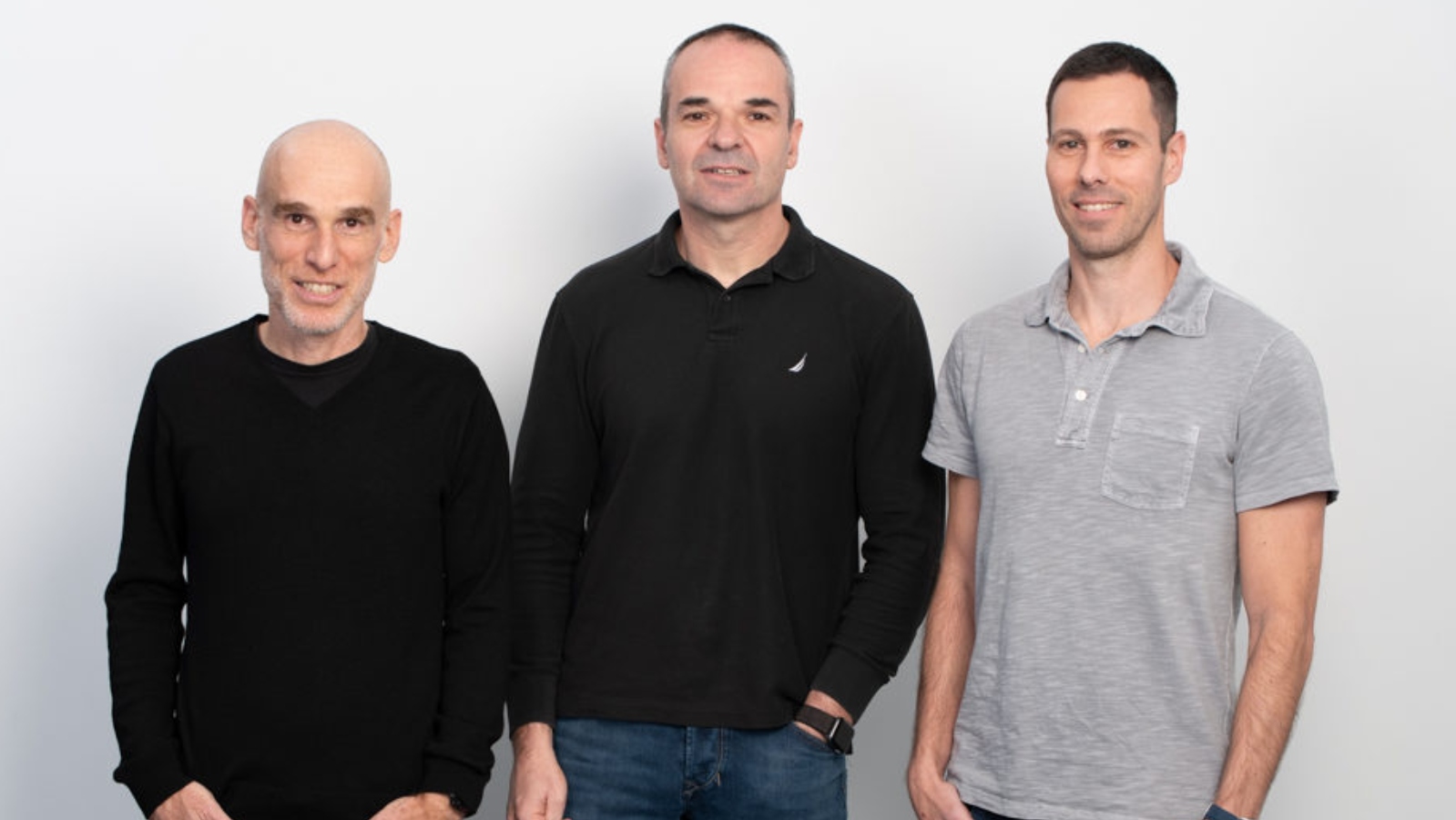 They broke down the process of harvesting energy into steps. When a Wiliot beacon first senses some wireless radiation it can use, it wakes up and grabs it. When a bit more is available, the beacon starts computing. On the next energy harvest, it broadcasts a signal.

“That’s how we use small amounts of energy, that’s otherwise harmless, to run an ARM processor,” Statler explains.

Once you have an essentially unlimited supply of energy, the possibilities for new Bluetooth beacon IoT (Internet of Things) products are endless. Statler described a few of them to ISRAEL21c.

Pill tracking. Because a beacon can measure if a bottle is lighter than it was before, the beacon can send a message to your phone reminding you to take your prescription meds. It can send an automatic refill email to your pharmacy or inform your medical practitioner – with your permission, of course.

In-store ads. You pick up a watch to examine in a jewelry store. The beacon on the watch senses the pressure change and displays an appropriate video ad on a screen by the display case.

Clothing recommendations. When you buy a garment with a postage stamp-sized beacon attached, the beacon goes home with you. Normally it’s deactivated when you leave the store, but if you agree, the beacon can track how frequently you wear the garment and make recommendations for other clothing you might like.

“We want to do everything Amazon does in the web world in the physical world,” Statler says. “It can tell you when you last wore that dress or whether you’re wearing it too often.”

Smart washing machines. You’ve accidentally put your new blue shirt into the washing machine with a load of whites. Uh-oh, that color is going to run. But if there’s a beacon on that shirt, your phone pings an alert before it’s too late.

Smart wallpaper. A hotel guest has a stroke. He dials 911 but he can’t speak and the ambulance driver isn’t able to identify which hotel he’s calling from because of the “urban canyons” and cellular phone noise. A tiny Bluetooth beacon embedded in the wallpaper could direct emergency personnel to the exact location.

Logistics. This might be the “killer app” for manufacturers, who can use beacons to track every component, ingredient and raw material from factory to retailer, Statler says.

A car-parts company can know if their product is moving more to Costco or to a garage selling that part. Oranges can share when they are picked. Companies can streamline their supply chain and send the right thing to the right place at the right time.

“It’s not so much about putting an extra bit in the packaging but changing how to engage with the customer,” Statler points out.

Bluetooth beacons aren’t the only way for companies to track their products. But they have advantages over the low-tech, low-cost barcode, which can’t transmit a signal and must be individually scanned, and the RFID tags found today in everything from clothing to security cards, which require costly scanners to read.

In contrast, Bluetooth-enabled devices – which we already carry in our pockets every day – constantly check for a signal passively.

Other investors include chip-maker Qualcomm, pharmaceutical giant Merck, Amazon Web Services, Samsung, Norwest Venture Partners and Grove Ventures. Wiliot has raised a total of $50 million, including a $30 million B round in January 2019. It raised its first $14 million just a month after the company launched.

Wiliot has 46 employees – all in Israel except for five in San Diego (also home of Qualcomm) and a couple in Germany.

If you’re sold on Wiliot’s technology, you’ll have to wait at least another year until the company gets into mass production, Statler says. For now, Wiliot is quietly “working with a dozen companies as part of our Early Advantage Program.”

With all these beacons broadcasting data, what’s to stop hackers from discovering a new way to track our movements and steal our identities?

“This could be our biggest threat,” Statler admits. “So we decided that we’ll only ship beacons that are encrypted. Only the owner of a tag can see it.”

Not everyone will opt in. But for those who do, the “washing machine ate my socks” conundrum may soon become a thing of the beacon-less past.