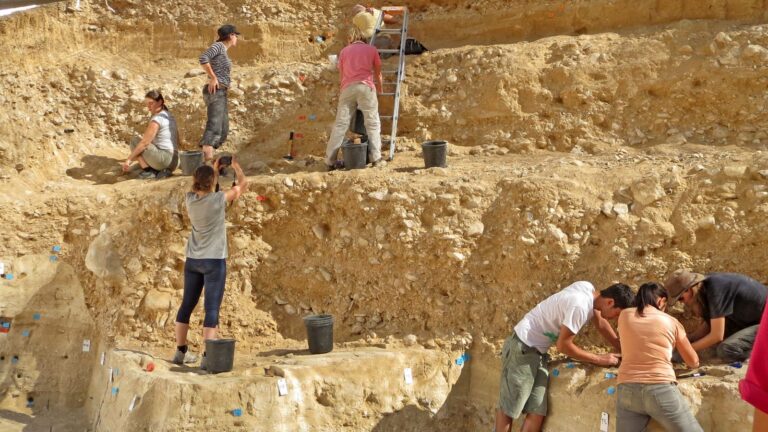 The excavations at the Boker Tachtit site in the southern Negev Desert. Photo by Elisabetta Boaretto/Weizmann Institute of Science

Genetic studies have shown that modern humans and Neanderthals met in the distant past somewhere in Eurasia and even exchanged genes, but it was never quite clear exactly where and when this encounter took place. Until now.

Research-based on excavations in southern Israel proves that at least one of these encounters took place in the Negev Desert 50,000 years ago when modern man migrated from Africa to Israel, demonstrating for the first time the coexistence of the Homo sapiens and Neanderthal cultures in the Middle East.

The research is based on radiocarbon dating of dozens of carbon samples from the prehistoric site of Boker Tachtit in Ein Avdat National Park. Conclusions by Prof. Elisabetta Boaretto of the Weizmann Institute of Science and Omry Barzilai of the Israel Antiquities Authority were recently published in the PNAS scientific journal. 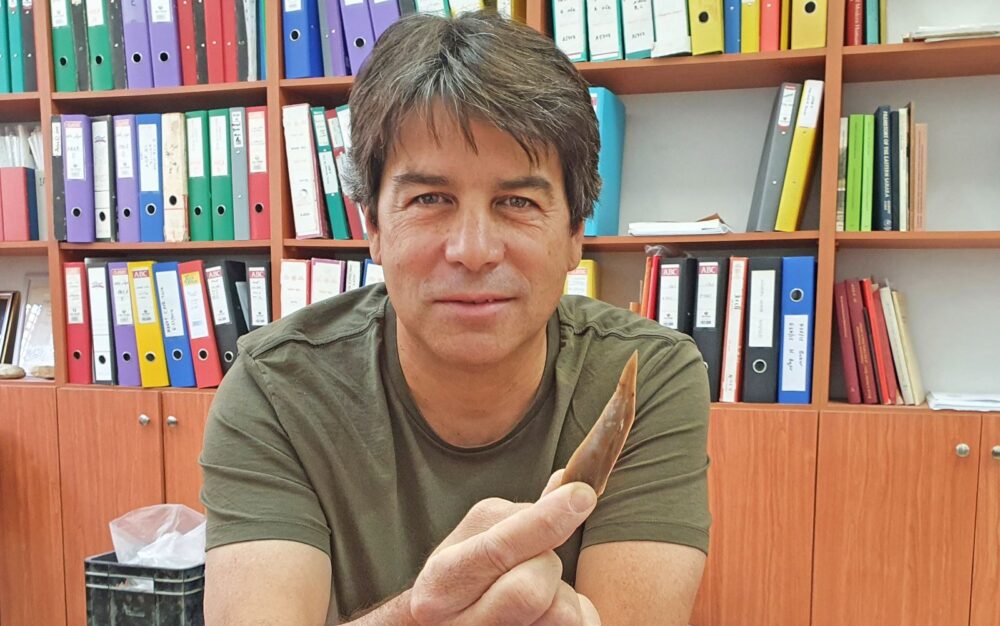 “Boker Tachtit is the first known site reached by modern man outside Africa, which is why the site and its precise dating are so important,” Barzilai explained.

“There is no doubt that, as they dwelt in and moved around the Negev, the two species were aware of each other’s existence. Our research on the Boker Tachtit site places an important, well-defined reference point on the timeline of human evolution,” he added.

“What was the nature of the encounter we have identified between the two human species? Did Neanderthals throughout the country become naturally extinct, merging with modern man, or did they disappear in violent ways? These questions will continue to concern us as researchers in the coming years,” he concluded.