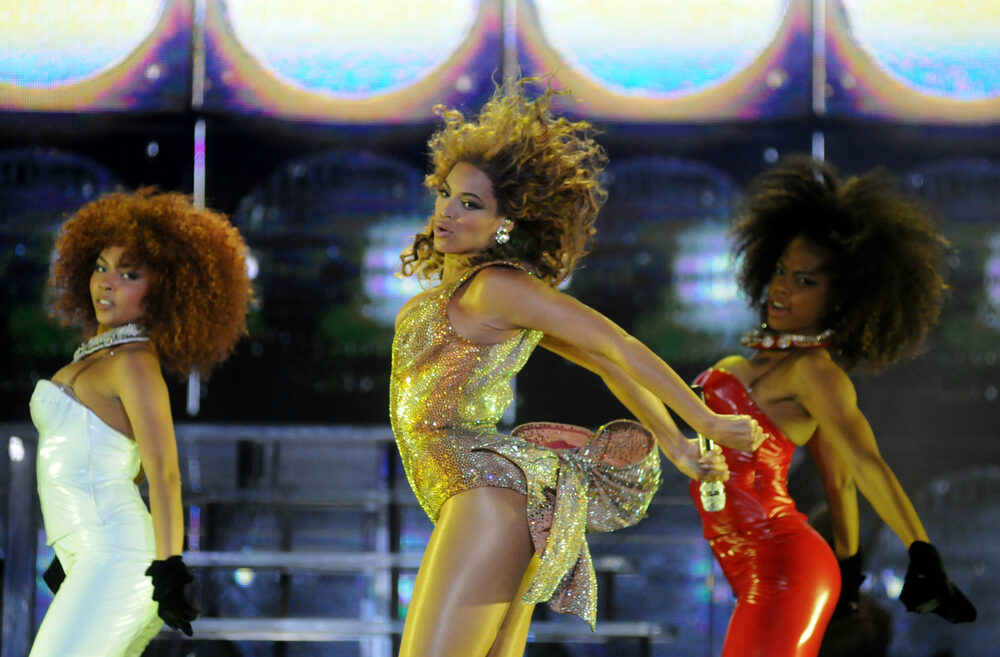 It's not just about the songs, it's about the personality too. Beyonce in concert in Rio de Janero. Photo via Shutterstock

Think that your musical favorites are the direct outcome of your superb taste? Well, think again. According to a recent study, people prefer the music of artists whose public personalities are similar to their own, in what’s been dubbed the “self-congruity effect of music.”

A big data study led by Bar-Ilan University and Columbia Business School and published in the Journal of Personality and Social Psychology analyzed the public personas of famous musicians and bands and the personality traits of their fans, showing that the musicians’ public persona played a large role in listener preferences.

In three separate studies of more than 80,000 people, the researchers studied parameters such as the persona ratings of 50 of the most famous musicians in the Western world, listener reactions to actual musical stimuli and the lyrics in the artists’ music.

The musicians included a diverse crowd, ranging from Paul McCartney and The Rolling Stones to Whitney Houston, Beyoncé and Taylor Swift.

Results showed that the personality fit between the listener and the musician predicts musical preferences similar to the fit for gender, age, and even the audio features of the music. For example, fans of Norah Jones, U2 and Marvin Gaye were found to score high on the trait of agreeableness, while fans of David Bowie, Nirvana and Ozzy Osborne were found to be the most disagreeable. 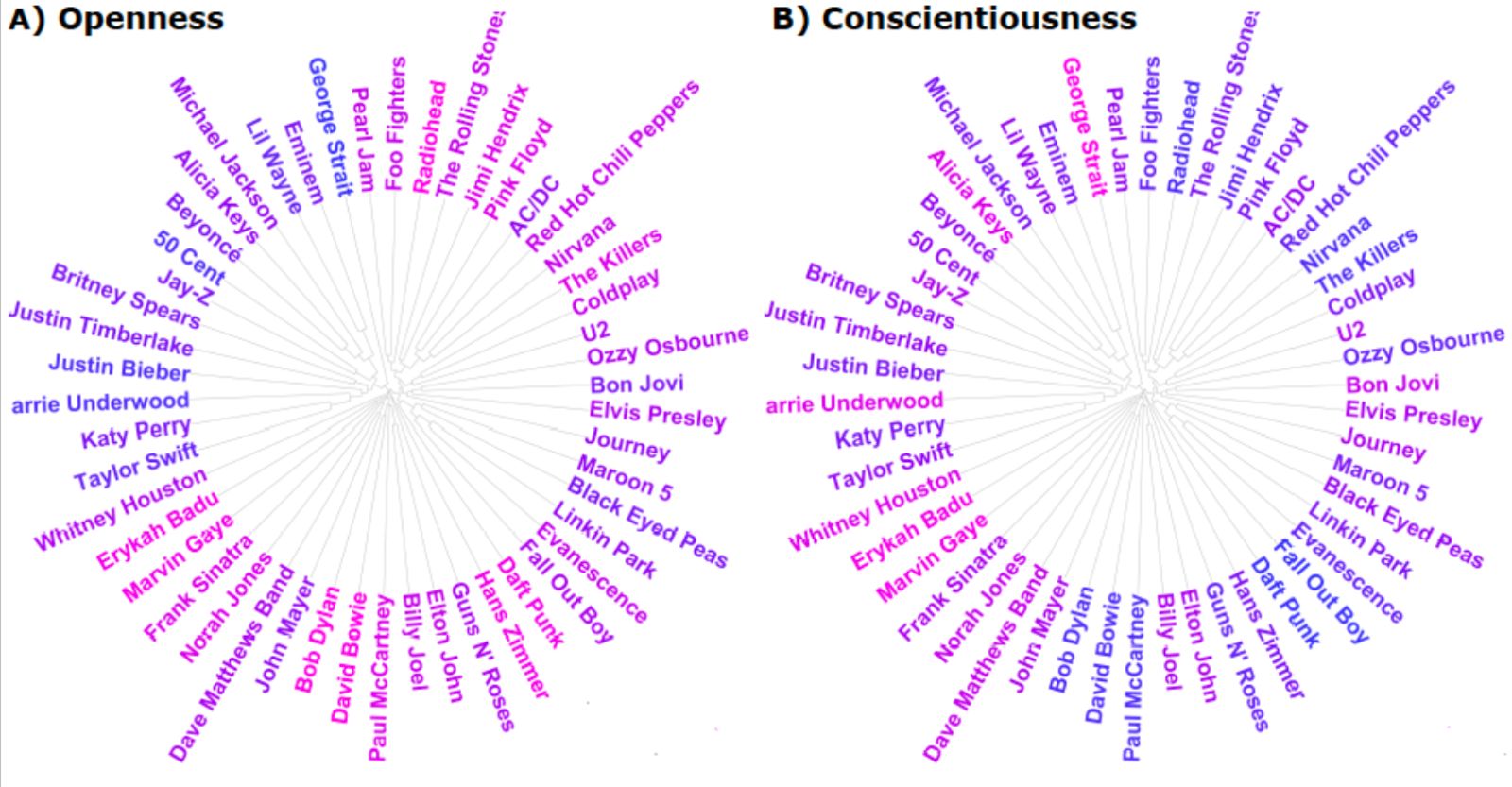 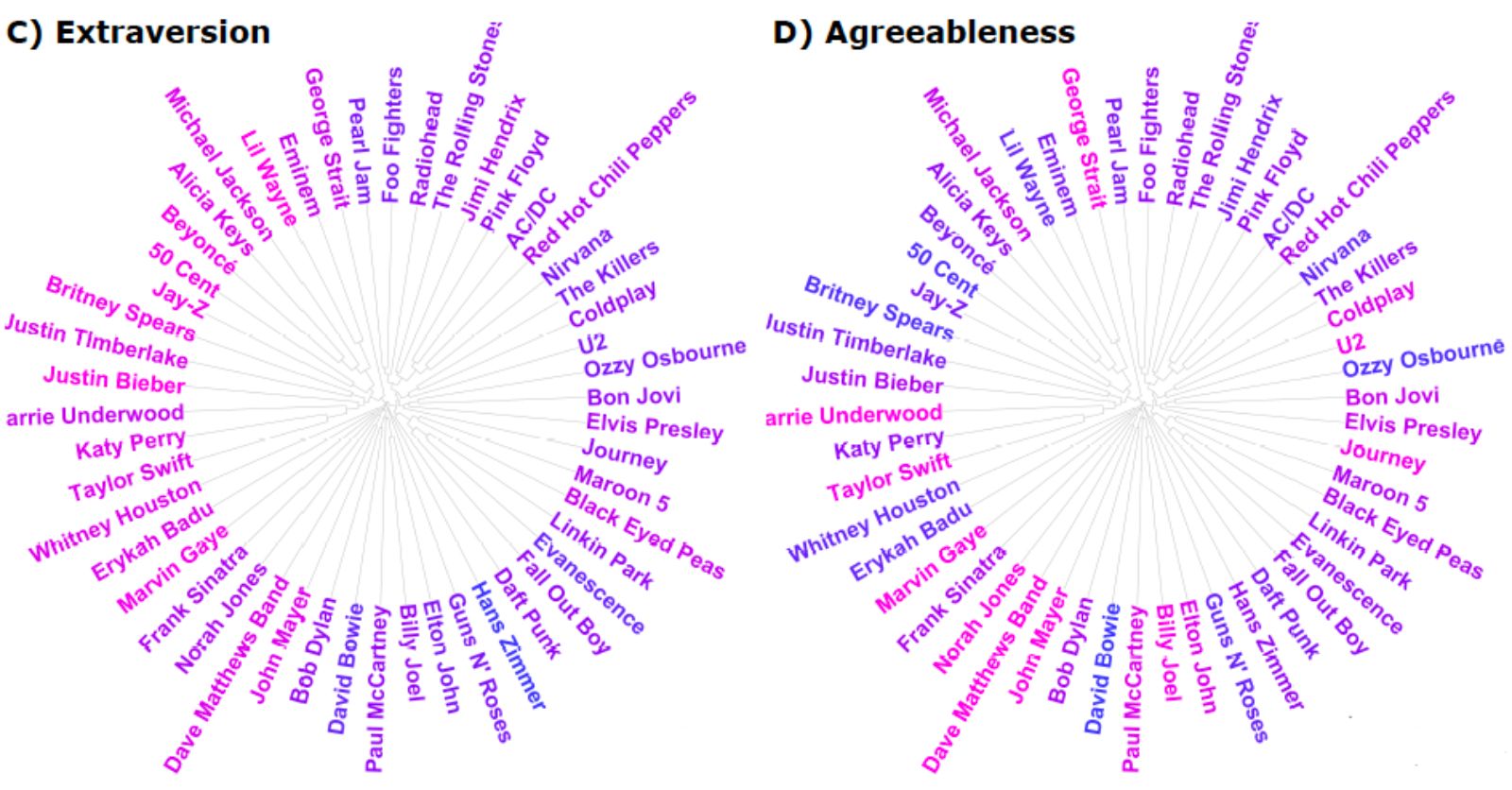 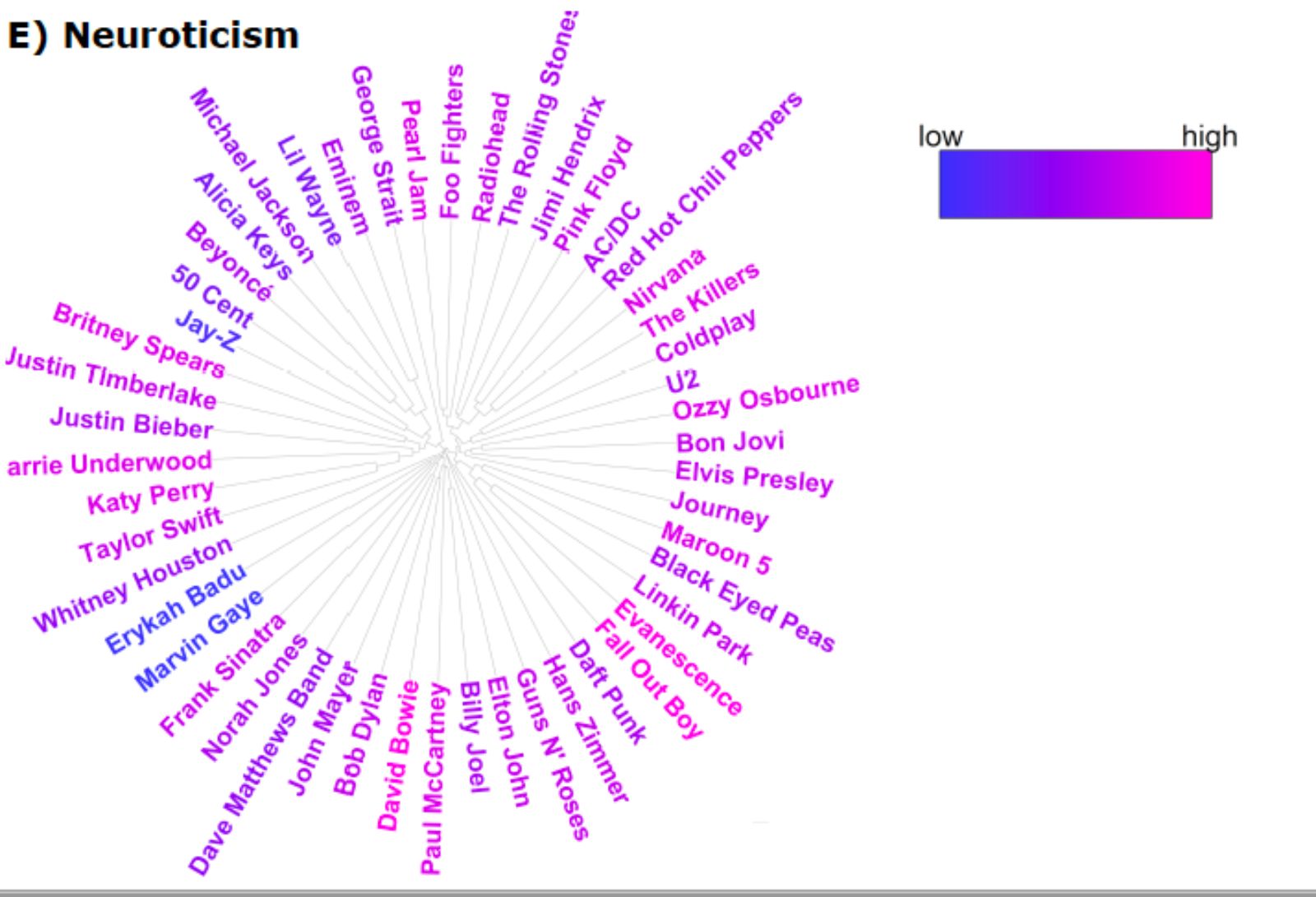 The figure shows the average personality profile for each musician’s fans. The blue to pink color spectrum indicates low to high average scores. Graphics from Greenberg, Matz, Schwartz, & Fricke (2020) “The self-congruity effect of music,” Journal of Personality and Social Psychology

The research highlights the social powers of music and how music gives fans a sense of pride and belonging to a social world. Even more, the results shed light on the evolutionary origins of music as a way to communicate group characteristics that helped tribes determine whether or not to cooperate with each other, according to the study.

“In today’s world, where social divisions are increasing, our studies are showing us how music can be a common denominator to bring people together,” said Bar-Ilan University researcher David Greenberg, a professional musician.

The researchers invited readers to discover their musical personality and how they compare to their favorite artists through the Musical Universe website. There, respondents answer character statements, note their musical preferences and reply to demographic questions, with the resulting analysis mapping out musical and physiological profiles.

And it seems to be in tip-top order: the questionnaire quite correctly confirmed that yours truly dislikes jazz music (according to the science, it apparently has to do with a low score on the “Openness” trait) and like other people of varying degrees of agreeableness, prefers classic rock.