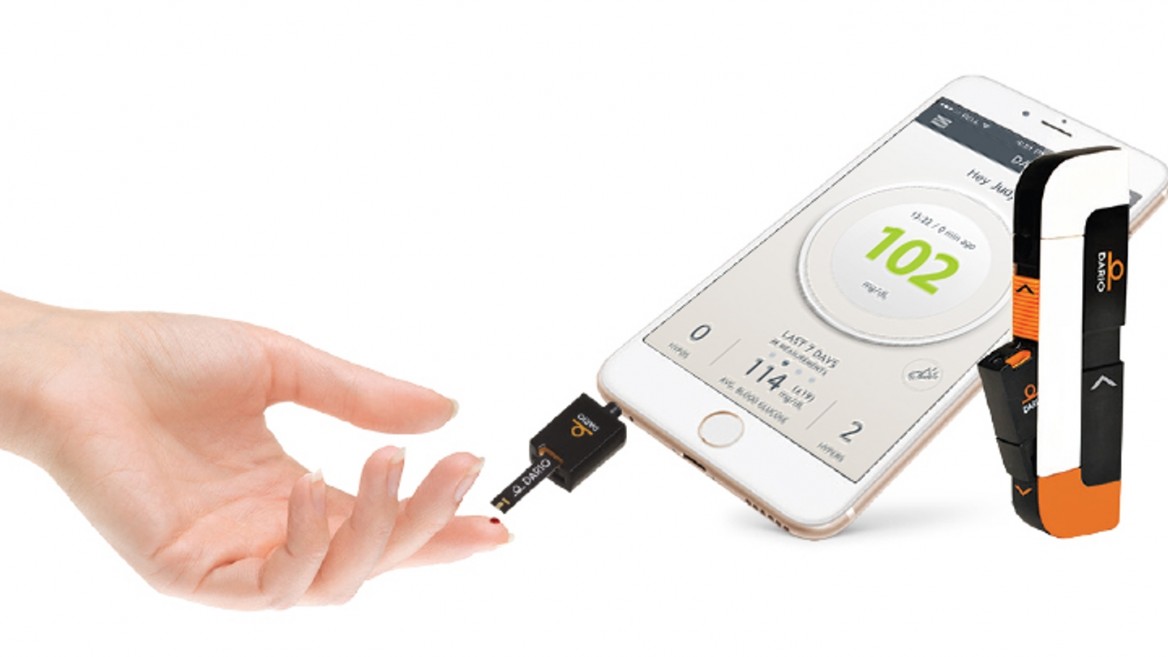 Device and app turn your smartphone into a complete diabetes management system. Photo courtesy of DarioHealth

Israel’s DarioHealth puts two and two together in a lifestyle product for people with diabetes.

The pocket-sized gadget, designed by Tiko Product Design Studio in Tel Aviv, holds components including test strips, lancing device and glucose meter that plugs into the headphone jack (or Lightning port on the iPhone 7).

When you open the Dario app, it prompts you to insert a test strip into the meter. The reading appears immediately, with no delays as might happen with a Bluetooth- or 3G-enabled glucose monitor.

“I think this is super cool,” says Diabetes Dominator blogger Daniele Hargenrader. “I think it’s a great tool, especially for people who want to have all that information at their fingertips to provide to their healthcare provider or anyone else.”

She also praised the product’s durability and ease of use. “This meter requires the least amount of blood that I have ever encountered, by far,” Hargenrader reports in her review of Dario.

Based in Boston and in Caesarea, Israel, DarioHealth has regulatory approval for its Smart Diabetes Management Solution in Europe, Australia, Canada and the United States.

After receiving FDA approval for iOS, the device launched in the US last March and has sold about 10,000 units. FDA approval for the Dario Android app is expected in early 2017, says CEO and Chairman Erez Raphael.

“We plan to expand into European countries like Spain, France and Germany soon, and then to Latin America to Brazil and Mexico, and also Asian countries like China and Japan,” he tells ISRAEL21c.

The product is multilingual and the app can be set to English, French, Spanish, Dutch, Russian or Hebrew. 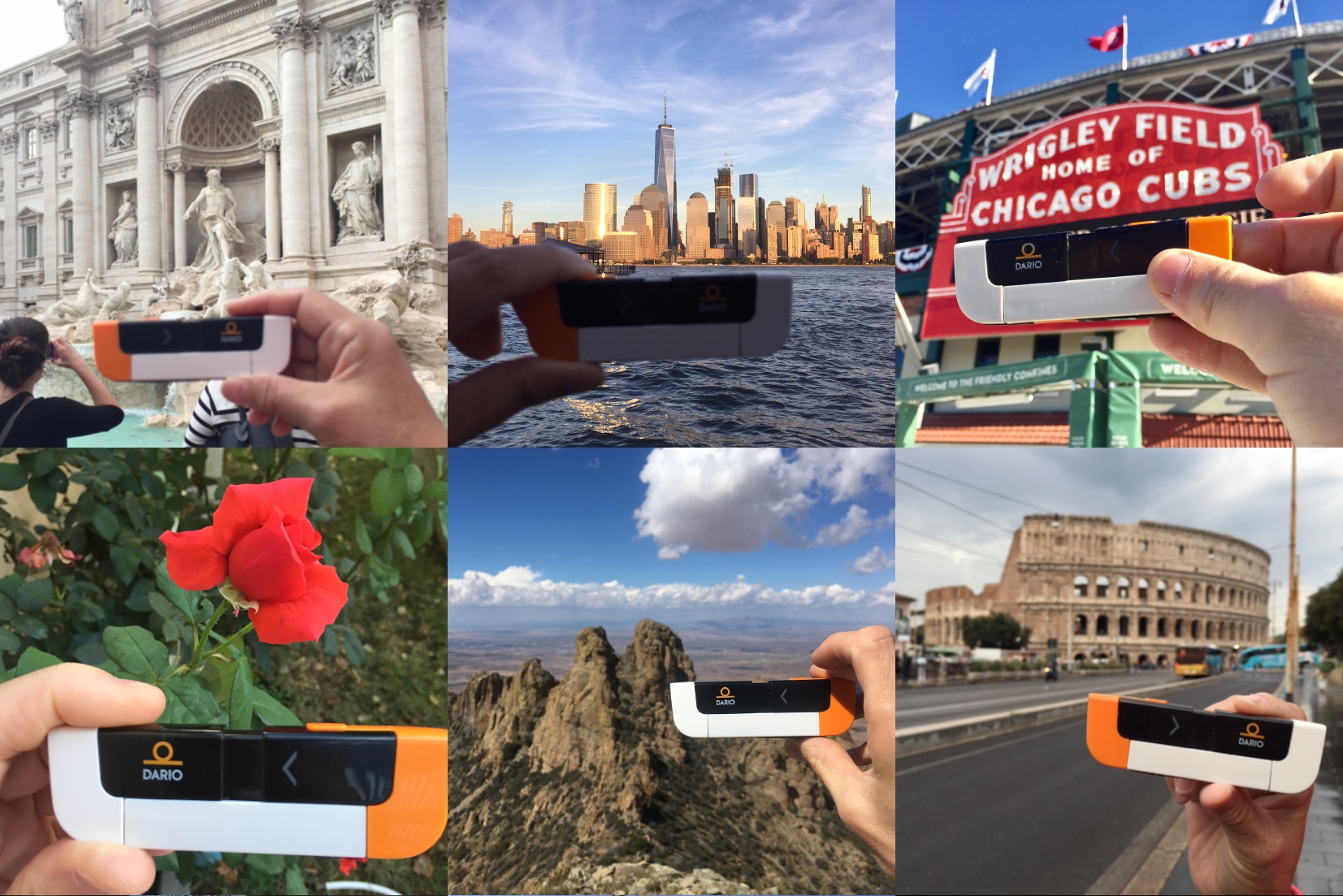 Users send in photos of themselves using Dario on their travels all over the world. Image: courtesy

“This device and the whole diabetes management solution were designed by people with diabetes, and the feedback from average users is therefore very positive,” says Raphael, whose father had Type 2 diabetes.

Founded in 2011, DarioHealth sought to blend the engagement factor of wearable devices with the robustness of conventional medical devices. The device isn’t worn like a Fitbit, however; it’s carried in a pocket or bag along with the user’s smartphone.

“We wanted to create something highly engaging and trust-building for users managing their condition, because it’s not only a glucose monitor; we offer lots of added value,” says Raphael. “Our goal is to provide information and help users improve their clinical outcomes. In the future it might be for pre-diabetes and other chronic conditions as well.” 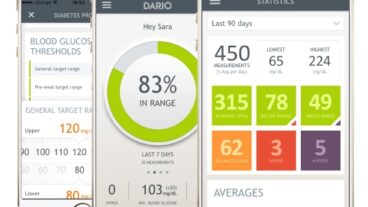 The startup is led by people from the medical devices and software industries.

Raphael spent over 20 years in the mobile, software and digital health sectors. CFO Zvi Ben-David formerly was a corporate executive at Given Imaging, the Israeli company behind PillCam.

DarioHealth generates revenue mainly from test strips, similar to companies that make profits off razor blades rather than razors.

In Canada, the UK and Australia, people with diabetes receive test strips free by prescription, so Dario users pay only for the device. In the United States, the company offers a different model.

“You can buy the device for $29.90 and buy 100 strips for $40, or you can go on a subscription program where you pay $25 for 100 strips delivered every quarter,” says Raphael. “The advantage is that the strips’ price will be competitive with the co-payment that the user gets under private insurance.”

Early next year, DarioHealth plans to add optional support services such as coaching from a certified diabetes educator to enhance usage of the technology and the data. Ways to monetization this data will be developed, for example a feature that predicts glucose levels in the next few hours.

The company, which employs 26 people in Israel and Massachusetts, sees a vast market as the number of diabetics worldwide is expected to grow from about 415 million today to some 642 million by 2040.