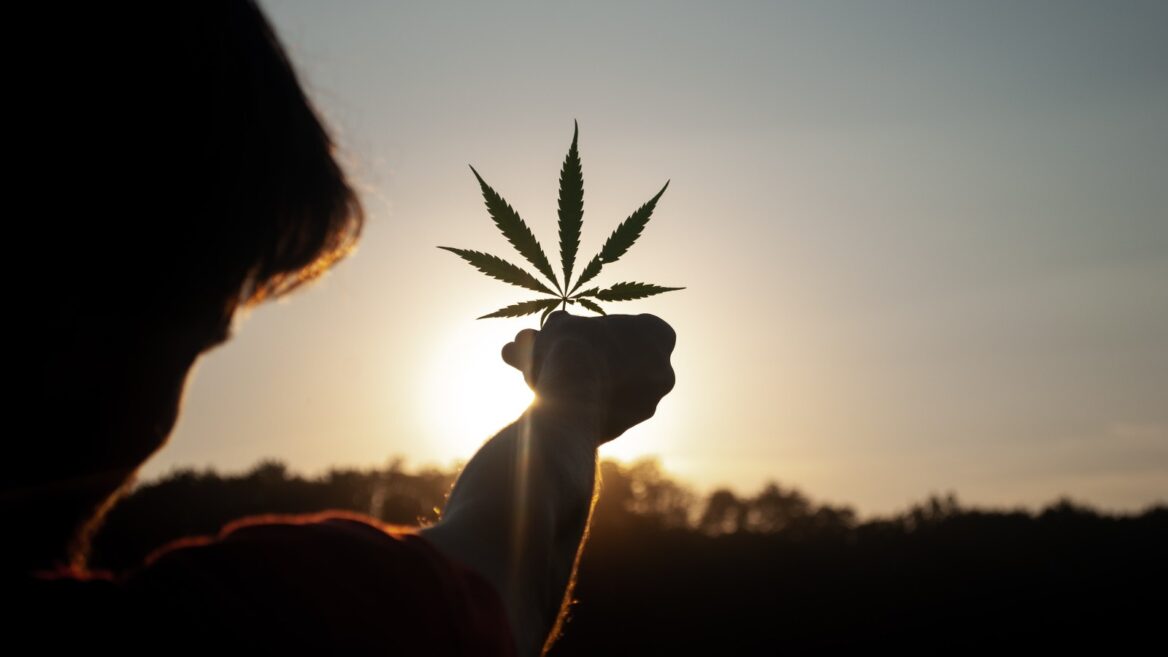 Photo by David Gabrić on Unsplash

Can cannabis cure breast cancer? Not yet, unfortunately. But according to Herzliya-based startup Cannabotech, when paired with medical mushrooms cannabis may one day be able to reduce the amount of chemotherapy patients need to take.

“We know that patients need a minimum amount of chemo, but a lot of people can’t survive this because of side effects, so they stop the treatment,” explains Elchanan Shaked, CEO of Cannabotech.

Taking a Cannabotech supplement could shift the balance, claims the company.

Cannabotech’s treatment, which has been studied so far in cell models, not only may reduce the amount of chemo treatments needed, it also seems to be up to six times more effective in killing cancer cells when used alongside standard chemotherapy — regardless of the dosage — compared to existing treatment, Shaked asserts.

In the lab, it increased the mortality of cancer cells from 10 to 60 percent.

Cannabotech is targeting five cancers to start. In addition to breast cancer, the company is studying how its treatment will work with pancreatic, colon, lung and prostate cancer.

The breast cancer product, CannaboBreast is the farthest along. It was tested on several known subtypes of breast cancer, with specific treatments adapted to each subtype.

Cannabotech’s early – but potentially groundbreaking – study was conducted under the guidance of Prof. Tami Peretz, senior oncologist at Hadassah Medical Center and former director of the Center for Malignant Breast Diseases at the hospital; and Dr. Isaac Angel, an Israeli pharmacologist specializing in drug development.

In conjunction with chemo

But the dosage can be tricky: Too much THC, the plant’s psychoactive component, can leave patients flying high and nonfunctional for much of the day. 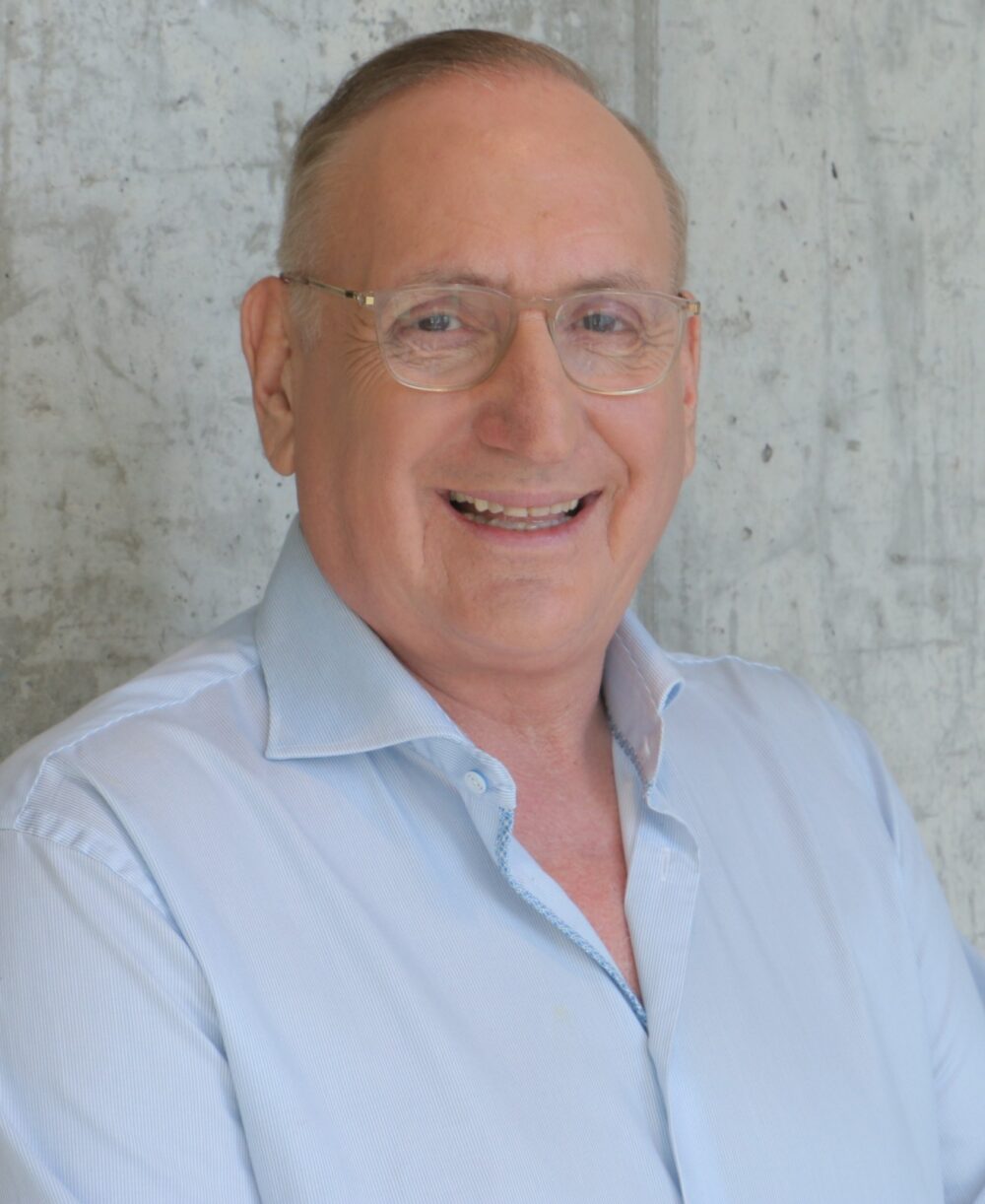 “Most solutions for pain have 20% to 25% THC,” Shaked says. “We deliver less than 2%.” The Cannabotech formulation also includes specific terpenes, an often-overlooked chemical component from the cannabis plant.

About half of breast cancer patients receive an integrative treatment in addition to chemo – mainly herbal products including cannabis.

“A significant proportion of active cancer patients are currently treated with cannabis in parallel with conventional treatment,” notes Peretz.

“The integrative products developed by Cannabotech are unique in that they are developed to standards similar to those of the pharmaceutical industry and combine several active agents. The company’s products have demonstrated impressive and very promising activity in laboratory-tested cell cultures. Based on these experiments, there is room to start exploring the possibility of integrating the products in the treatment of breast cancer patients as well.”

Angel adds that he was encouraged by the results and that the team “will continue to work to provide a cure for patients.”

Mushrooms in the mix

Despite the cannabis-infused corporate name, Cannabotech is bullish on the role of medical mushrooms.

These are not psychoactive “magic mushrooms.” Rather, these are medical mushrooms long used in Asia to boost the immune system.

Shaked was on business in Nepal in 2015 when he learned about the power of mushrooms.

“A local entrepreneur was collecting mushrooms from the locals and selling them to the Indian alternative pharmaceutical industry,” Shaked tells ISRAEL21c. “He wanted to examine the effectiveness of those mushrooms.”

Shaked was intrigued. Back home in Israel, he hooked up with Prof. Solomon Wasser, head of the International Center for Biotechnology and Biodiversity of Fungi at the Institute of Evolution at the University of Haifa; and Prof. Fuad Fares, founder and director of the molecular genetics unit at Carmel Medical Center and an associate professor of human biology at the University of Haifa. Wasser had already patented 16 complexes of medical mushrooms.

Shaked’s own professional background fit the alternative approach that mushrooms presented – he came to Cannabotech after serving as CEO of Perrigo Pharmaceuticals Group, which specializes in over-the-counter medicines and wellness products.

Not all cancer treatment is the same. That’s why Cannabotech is developing a personalization kit due to be released mid-2022.

A patient’s specific case would be analyzed, along with genetic and metabolic tests to determine which of Cannabotech’s 11 formulations will fit the prescribed chemotherapy regimen based on which subtype of cancer a patient has.

The personalization kit, to be sold directly to physicians, is being developed in conjunction with Canformatics, a San Francisco-based cannabis evaluation firm. The company is headed by an expat Israeli, Dr. Itzhak Kurek.

In Israel, Cannabotech gets its plants from Medocann, a leading indoor cannabis farm.

Cannabotech’s cancer treatment will not need FDA or CE approval if a state or country already has legalized cannabis for consumer use. And mushrooms – well, they’re just fungi, a food product with nothing to regulate.

How will patients take their cannabis-mushroom mix? Shaked says it will combine pills for the mushrooms “plus an oral-mucosal spray for the cannabis to maximize bioavailability.” 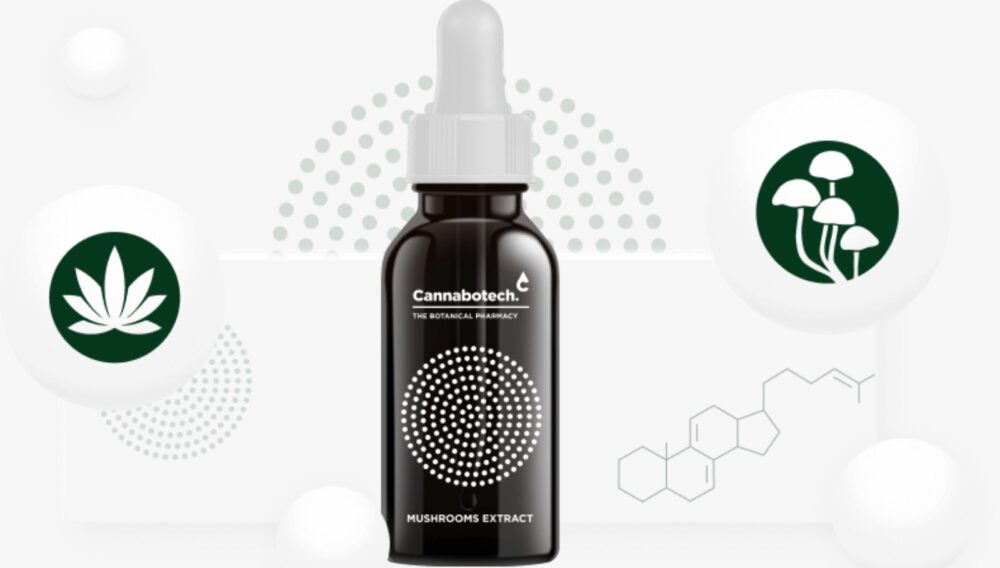 In November 2021, Cannabotech opened a website in the UK to sell a separate product aimed at the wellness market. It combines medical mushrooms with CBD, the non-psychoactive component of the cannabis plant.

CBD is not yet legal in Israel but, in much of the world, it is marketed as a complementary healthcare solution, finding its way into everything from under-the-tongue tinctures to calming cookies.

Cannabotech’s over-the-counter wellness products are sold under the brand “M2CBD” (the “M” is for mushrooms). There are separate cannabis/mushroom formulations for improving sleep, reducing stress, boosting immunity, addressing muscle and joint fatigue and promoting skin health.

Cannabotech says that some six million adults in the UK have already used CBD to “enhance wellness routines for various indications.”

Cannabotech has raised $13.4 million and is public on the Tel Aviv Stock Exchange. Founded in 2019, Cannabotech employs 12 people in Israel and another 10 in the UK. Its advisory team includes Peretz and Angel along with Dr. Alex Weisman, a former R&D manager at Perrigo.

Did Covid-19 impact the company – for better or worse? Elchanan says it’s more of the former, as the pandemic increased the public’s interest in anything that can boost the immune system.

To address that interest, a new consumer product to help with respiratory problems is in development, Shaked says.

“I’m sure we can protect a lot of patients with viral issues, including Covid.”

UNCOVER ISRAEL - Get the ISRAEL21c
Weekly Edition free by email
Sign Up Now!
Bring Israel's story to life.
Millions of people around the world rely on us to gain a deeper understanding of Israel. We are the trusted source for original content you won't find anywhere else.
You can make a difference. Donate today to support journalism that brings Israel’s story alive.
SUPPORT ISRAEL21c
Read more on:   Health, Cancer, medical cannabis, mushrooms, Cannabotech