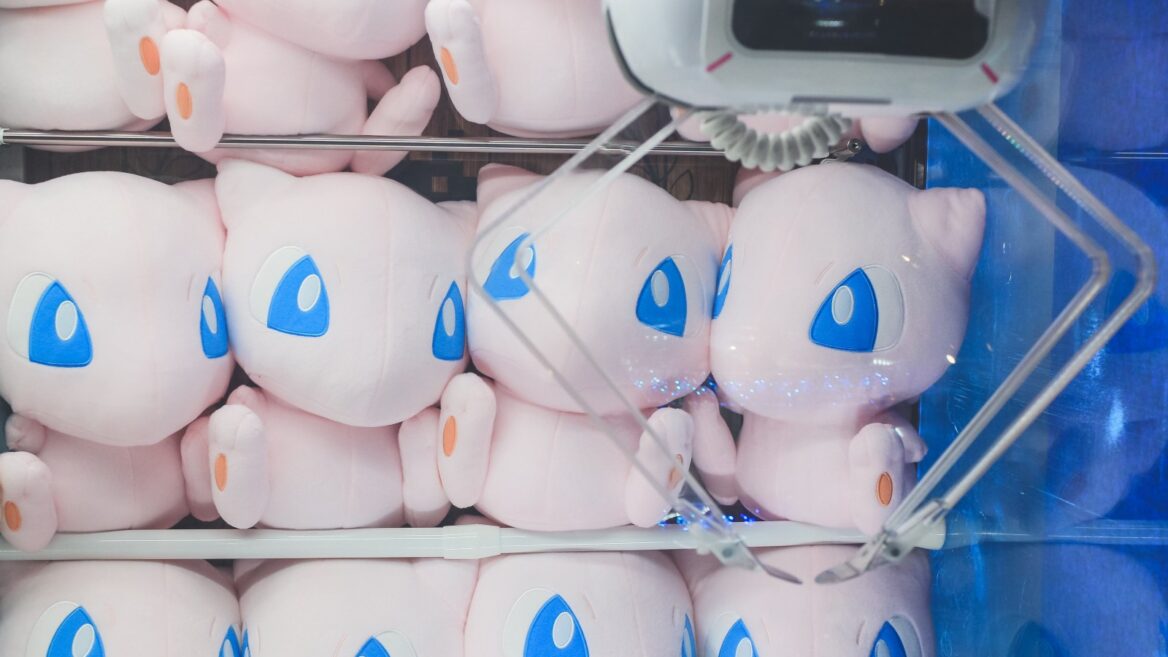 Photo by Megan McClain on Unsplash

“Covid-19 has been good for the entire gaming industry.”

It sounds like the wackiest idea for a startup: An online gaming company that uses real arcade machines — 220 of them stored in a massive warehouse in Petah Tikva — and a mobile app to control the gameplay from home.

But wacky in this case equals crazy success. The app has been downloaded 8 million times and the company has raised a total of $9 million.

Clawee is the name of Tel Aviv-based Gigantic’s first game; it’s patterned after the ubiquitous “claw” games where users navigate a metal hand to hover, then drop down into a sea of prizes, hopefully returning with the desired plush toy or electronic item rather than a “dud” of a keychain or an oddly branded toothbrush.

“There’s almost no country in the world where people aren’t familiar with claw machines,” explains Ron Brightman, CEO of Gigantic. “It has this psychological mechanism that’s just so exciting and engaging.”

Winning prizes is a big part of the fun, of course, but it’s more than that. Users film themselves “jumping in excitement not because they’ll be getting a prize but just because they managed to catch it,” Brightman tells ISRAEL21c.

These days, with Covid-19 still raging, visiting a real-world arcade to try your hand at the claw is not as easy – or as safe – as it once was. So, like so many aspects of our pandemic lives, the claw has gone virtual too.

Download the app, buy some tokens and choose a machine to play.

Unlike in a traditional arcade, there is only one prize type per machine, and different machines cost different amounts depending on how desirable the prize is. That plush Pikachu doesn’t cost the same as a Bluetooth speaker, for example.

Once you’ve chosen a machine, you navigate the claw on your mobile device. Dual video cameras in the warehouse show you what’s happening on the real-life claw machine.

Clawee’s games run 24/7, but when a player wins, the machine is taken out of service for a few minutes while an employee restocks the prize. Three employees can service all 220 machines, Brightman says.

Prizes can be shipped to the winner or exchanged for more coins and more game play.

“The more you play the game, we find, the more you exchange the prizes and don’t take them home,” Brightman says. “That further proves that people love the joy of playing the game and not just the prizes.”

Not that players don’t covet the prizes, too. Brightman and his team have negotiated deals with many of the biggest toymakers in the world – including Disney, Marvel and Nintendo. There are also accessories, jewelry and apparel in some of the claw machines.

Once you win your first prize, there’s a one-time fee of $3.99 for shipping. After that shipping is free, although you’ll have to pay for the game play going forward.

The company ships out about 100,000 prizes a month from one of Gigantic’s two warehouses — one in the United States and another in China. Clawee is not available in China yet, but you can play from 14 countries: the United States, Canada, Germany, Sweden, Denmark, the United Kingdom, Spain, Portugal, Hong Kong, Singapore, Malaysia, Israel and Japan.

There are legal and regulatory issues that Gigantic must address on a country-by-country basis, Brightman says. For example, is Clawee considered a game of skill or chance? If the latter, Clawee could be considered gambling in some regions. And shipping costs prove prohibitive in some countries.

Whereas most real-world arcade games use a “compensator” mechanism that limits the number of wins – for example, one out of every 10 tries – Clawee players each have the same chance of winning. 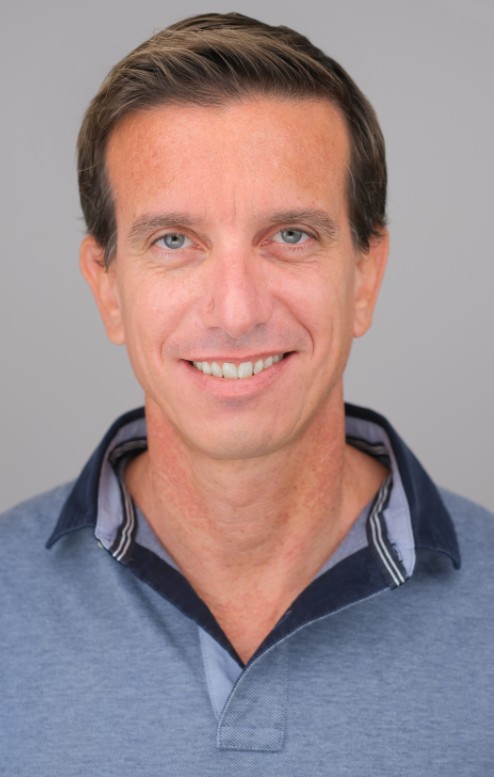 The business model is complex; there are machines to maintain, prizes to buy and ship.

“It is heavy in terms of operational complexity and cost,” Brightman says.

But the real-world machine/virtual control relationship makes Clawee a one-of-a-kind, able to hold its own against gaming powerhouses like Playtika and Zinga.

“Our margins may be smaller, but this enables us to compete with the big guys. We’re trying to create a new genre in the industry.”

Users are loving it. Regular players come back every day and could flex their claw hand dozens of times in a 24-hour period.

Clawee users get a few free plays to start. “It’s difficult to explain how you’re playing on a real machine live, and that the game is not rigged, unless you see it for yourself,” Brightman says.

Clawee started with a couple of machines, which Brightman bought and outfitted with a variety of sensors and cameras.

“But we soon realized existing machines have many things we don’t need and lack things we do,” Brightman notes. “So, we decided to build our own machines.”

“Her name was Gili. We had launched the app the night before in Israel. When I woke up, I was amazed that someone had already paid 100 shekels to play,” Brightman recalls. “She played a lot, got the prizes she wanted – and continued to play. That’s when we knew we had something valuable.”

Clawee is the first in what Gigantic hopes will be a number of popular remote-controlled real-world arcade games. Other games already available from the company: a machine with a nerf gun where you shoot down plastic clowns, a miniature golf machine and a basketball machine.

What about Skee Ball, this reporter’s favorite arcade game? “We talked about Skee Ball with our head of studio just an hour ago,” Brightman tells ISRAEL21.

It’s now in the product pipeline. 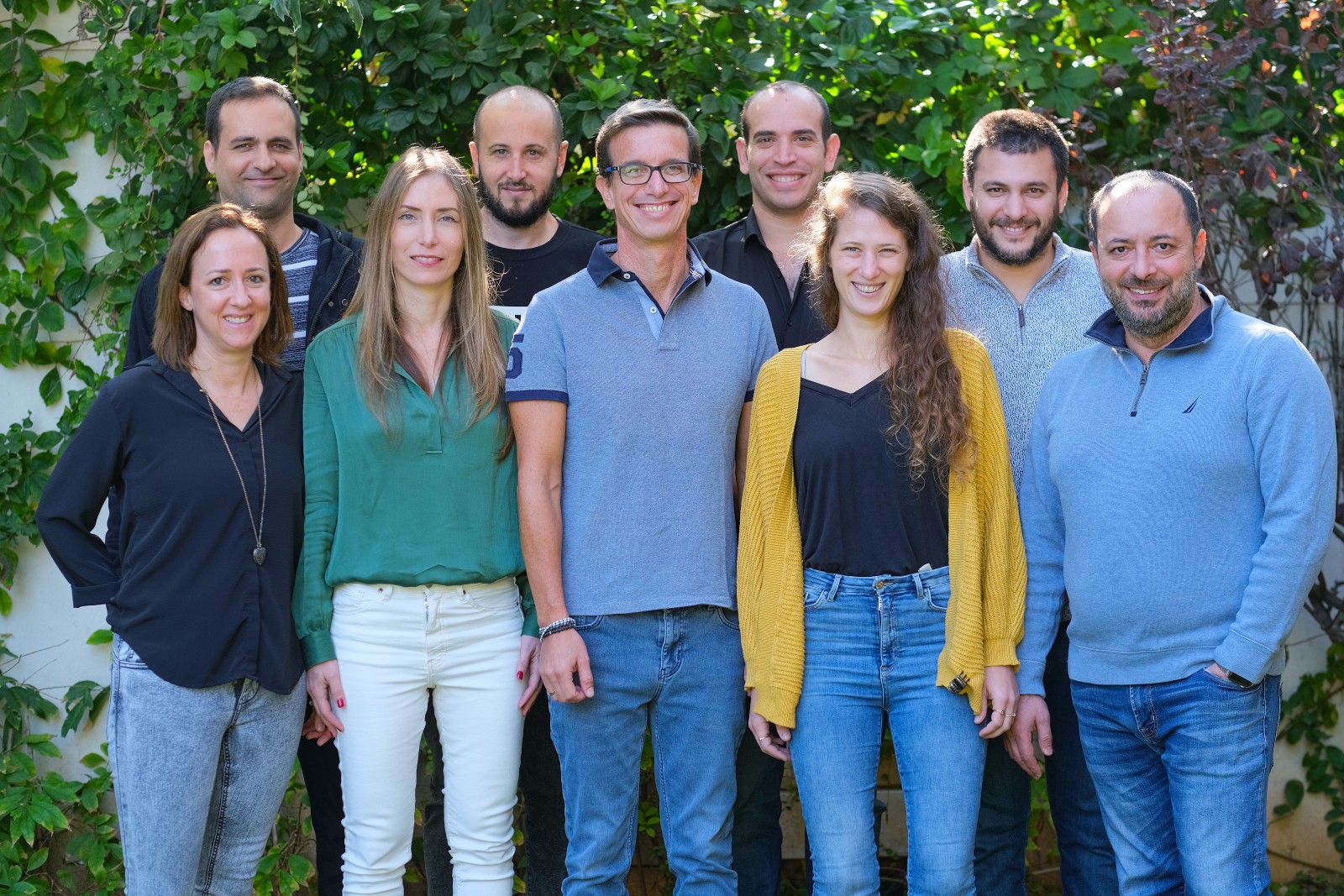 Clawee launched two years ago and today employs 60 with its headquarters in Tel Aviv. It raised $7million of its $9 million total in 2020 alone, demonstrating that products that help us deal with our lockdown blues are more in demand than ever.

“Covid-19 has been good for the entire gaming industry,” Brightman admits. “People who have to stay at home need to find entertainment for themselves.”

If a claw game is your cup of tea, download the app here. Happy hunting!