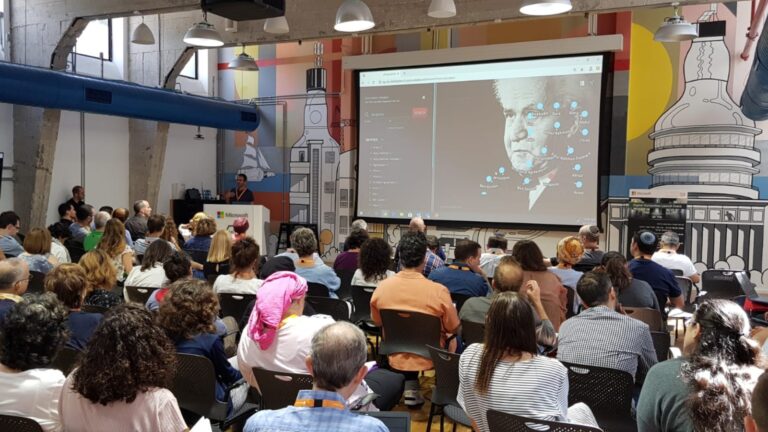 The new and advanced AI-based system eventually will be able to search the entire Ben-Gurion Archive of thousands of printed and handwritten pages, and construct causal vectors, trace issues and ideas through multiple documents and illuminate relationships through an interactive map.

Such an in-depth assessment, let alone in a handful of minutes, has been practically impossible given the quantity of material and lack of searchability in the Ben-Gurion Archive at the Ben-Gurion Research Center for the Study of Israel and Zionism at Midreshet Ben-Gurion.

The pages were scanned and uploaded online 20 years ago but researchers could only “thumb” through the documents one by one.

A second tool will integrate Ben-Gurion’s diaries into Outlook. This will give researchers the unique ability to see the diary entries on any date and get a sense of how Israel’s most legendary leader made decisions over time.

This is only the second archive worldwide where Microsoft has begun testing such a system. The first was the tens of thousands of documents related to US President John F. Kennedy’s assassination, which were declassified in 2017.

The new tools were demonstrated for the first time on September 23 at the Digital Humanities Launch Event held in The Reactor, Microsoft Israel’s innovation space. The demonstration used pages from Ben-Gurion’s international correspondence in English after the Six Day War in June 1967.

UNCOVER ISRAEL - Get the ISRAEL21c
Weekly Edition free by email
Sign Up Now!
Bring Israel's story to life.
Millions of people around the world rely on us to gain a deeper understanding of Israel. We are the trusted source for original content you won't find anywhere else.
You can make a difference. Donate today to support journalism that brings Israel’s story alive.
SUPPORT ISRAEL21c
Read more on:   News, Ben-Gurion University