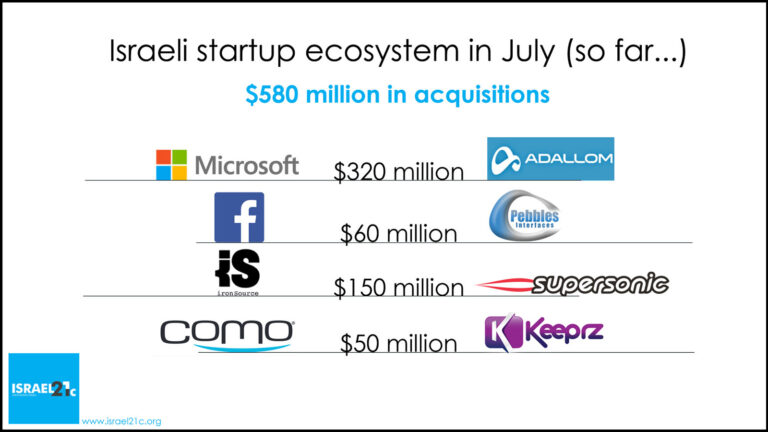 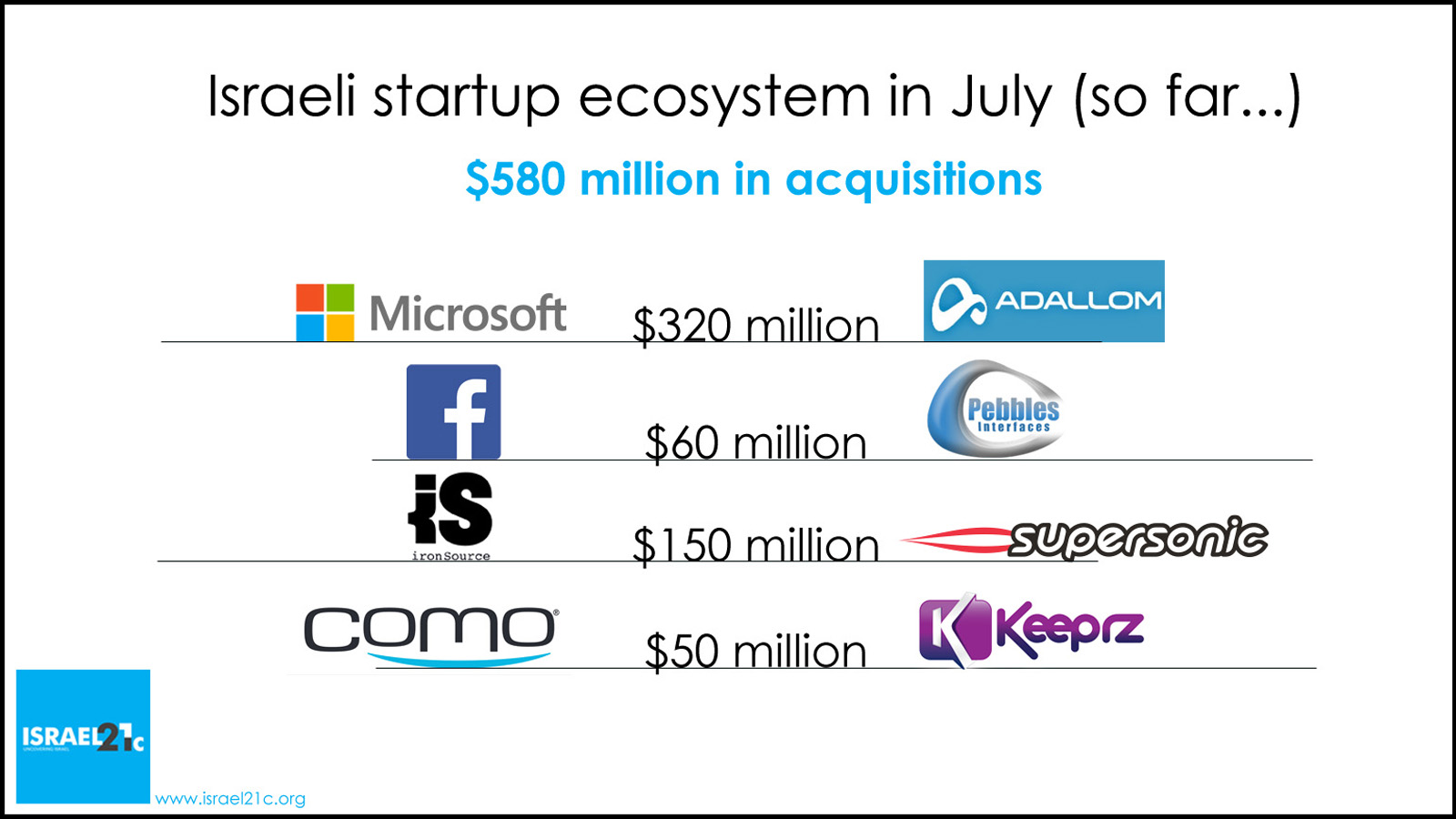 Microsoft’s acquisition of Israeli cloud security company Adallom for a reported $320 million was the biggest of the July deals so far. Reports say that if the deal is completed at that price, it will be the American multinational technology company’s largest-ever acquisition in Israel.

The Adallom cyber security company was founded in 2012 by CEO Adam Rappaport, Ami Luttwak, and Roy Reznik — all graduates of elite IDF technology units. The company is headquartered in Palo Alto, California and has a development center in Tel Aviv.

Adallom made headlines in December 2013 when it exposed a break-in to the security server of Microsoft Office365.

According to a Globes report, Microsoft will use this latest acquisition to carry out its goal of opening a cyber security center in Israel.

Terms of the deal were not disclosed but reports cite the acquisition to be worth at least $60 million.

“For the last 5 years, we’ve been focused on building a technology that extends human behavior, enabling simple and intuitive interaction with any consumer electronic device,” the Kfar Saba-based Pebbles Interfaces team writes in a message on its homepage. “At the forefront of that shift is Oculus, and joining Oculus will help advance our vision building immersive experiences and revolutionizing digital human interaction.”

Ynet reports that Facebook is now likely to open “a VR development center in Israel and benefit from abundant local talent in the field.”

But it’s not just the foreign companies buying out Israeli tech. Although ironSource has no mention of a deal on its website, technology reporters in Israel have announced the acquisition by this Israeli company of fellow local startup, mobile advertising platform Supersonic. A Haaretz report says the deal is worth $150 million in cash and shares.

July (so far) also brought the announcements by Samsung and Intel of the launching of new accelerators in the Startup Nation. The international technology giants said they are interested in Israeli ingenuity in connected devices, mobile, IT, internet of things (IoT), wearables, big data analytics, perceptual computing and robotics.